Since the middle of March, the main support area for NEO was found at 116,000 satoshis. The price is currently in the process of breaking out above this area, however, it has yet to reach a close above it. Furthermore, the price is facing very close resistance from the 200-hour moving average (MA) and has created two long upper-wicks. Until the price successfully flips this level, we cannot consider the price movement bullish. If the price breaks out, it is likely to continue increasing until 137,000 satoshis, due to a lack of overhead resistance. Even though the breakout is not confirmed in the daily time-frame, cryptocurrency trader @Lomahcrypto stated that NEO is likely to continue moving upwards after retracing and validating the area it just broke out from.

In the shorter-term, NEO has broken out from a symmetrical triangle. While the price initially continued to increase after the breakout, NEO has generated a double-top along with bearish divergence in the RSI. Therefore, the price is expected to decrease and validate the 114,500 satoshi minor support level along with the ascending support line of the triangle before potentially resuming its upward movement. This movement fits with that outlined in the tweet.

The NEO/USD chart looks considerably more bearish than its BTC counterpart. The price has been struggling to break out above the $11.20 resistance area, creating two successive long upper-wicks. In addition, it seems that NEO as created a double-top relative to the price at the beginning of May. Furthermore, this pattern is combined with a bearish divergence in the RSI. Unless the price is successful in reclaiming the $11.20 resistance, which currently does not look likely, it is expected to decrease towards the long-term ascending support line at $10. 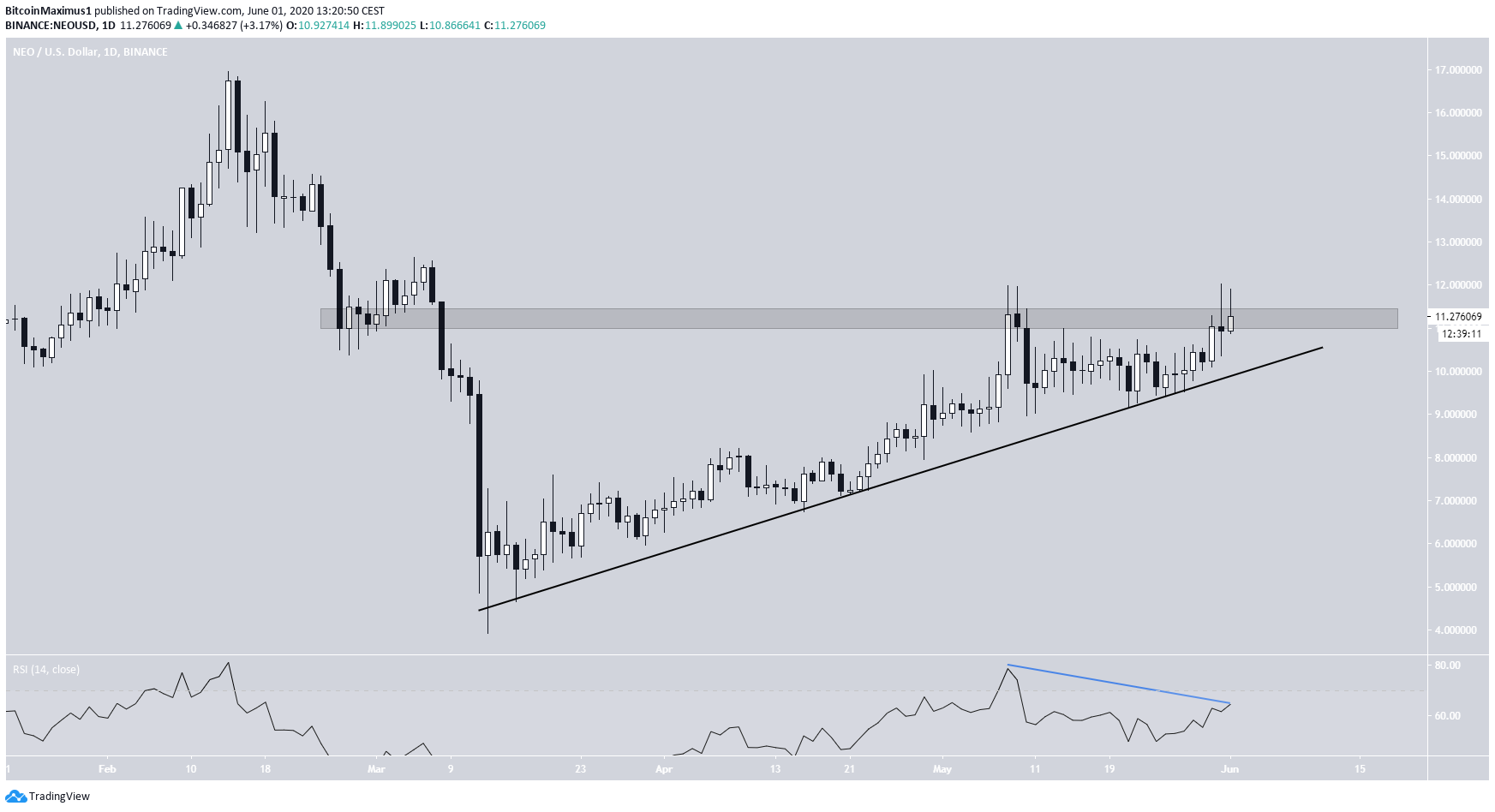