NEO Is Leading the Pack of Chinese Crypto Coins

NEO, a smart contract platform that has often been referred to as the “Chinese Ethereum” saw a roughly 22 percent increase on October 25. This likely came as a result of the endorsement of blockchain by the Chinese government.

Users were asked about Chinese public chains in a poll that asked users about the current price and who they believe should be ranked in the top spot. In it, NEO was ranked second.

The NEO price is in the midst of a breakout from an ascending triangle and looks to be headed towards the resistance area at ₿0.017.

Popular crypto analyst @crypto_rand stated that the NEO price might be getting ready for another upward move, as the aforementioned news has begun a new upward trend.

The outlined movement is a price continuation in the form of an ascending triangle after an upward move.

Let’s look at this movement from closer and see where the price is headed.

Since the tweet was made, the NEO price broke out from the triangle. It is currently trading inside the resistance area at ₿0.0013 and has created a daily bullish engulfing candle.

Additionally, it has moved above the 200-day moving average (MA), a strong bullish sign. 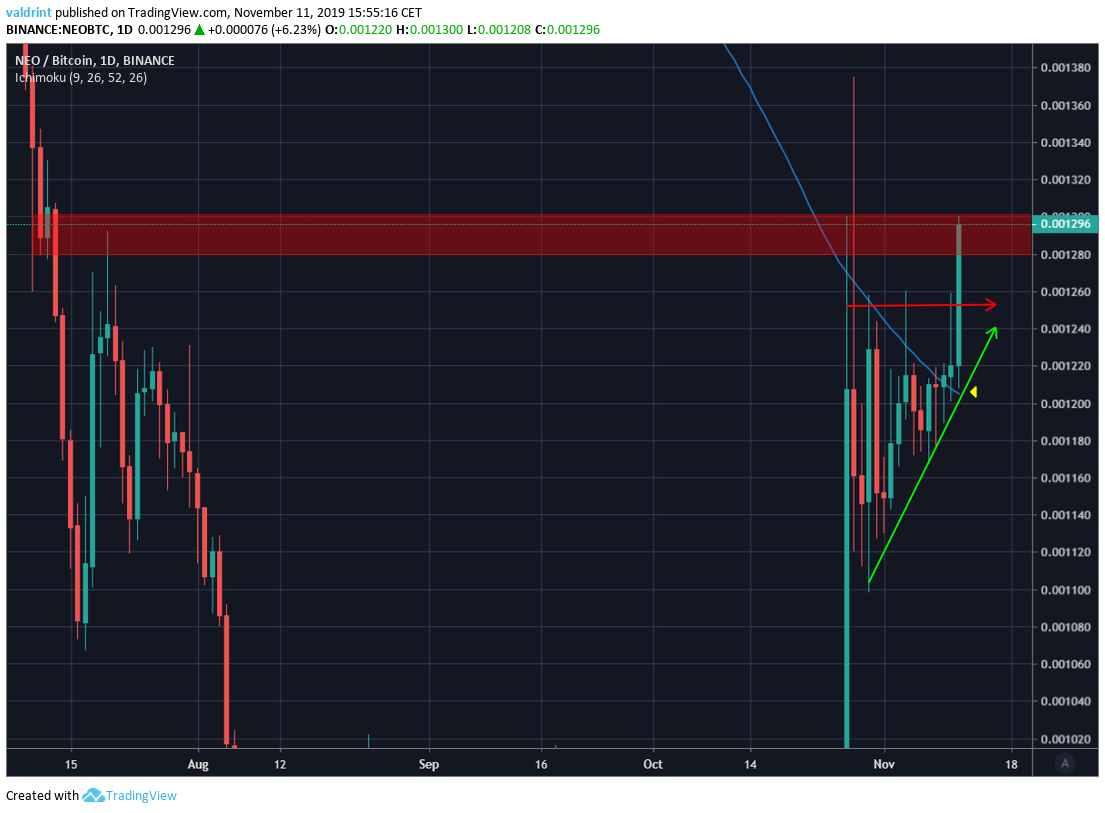 Looking at the weekly chart, we can see that the current upward move was preceded by very significant bullish divergence in the RSI & the MACD. Additionally, the latter has made a bullish cross.

This makes us believe that NEO will continue its upward move and eventually reach the resistance area at ₿0.017. 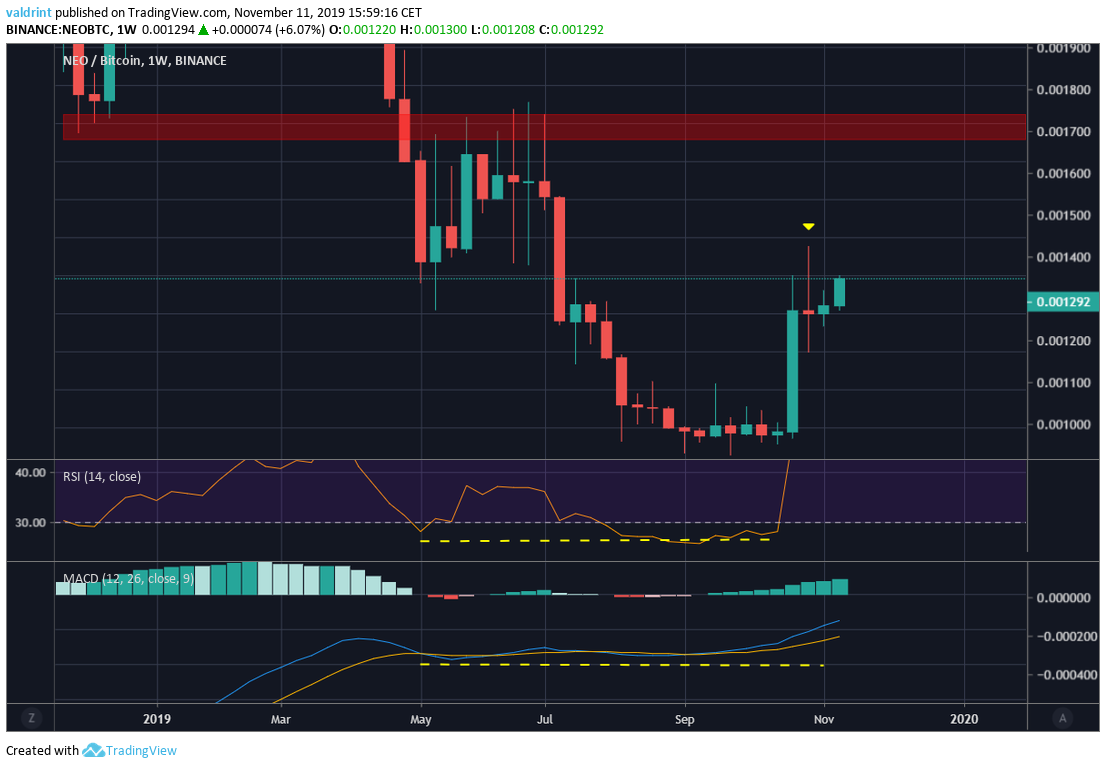