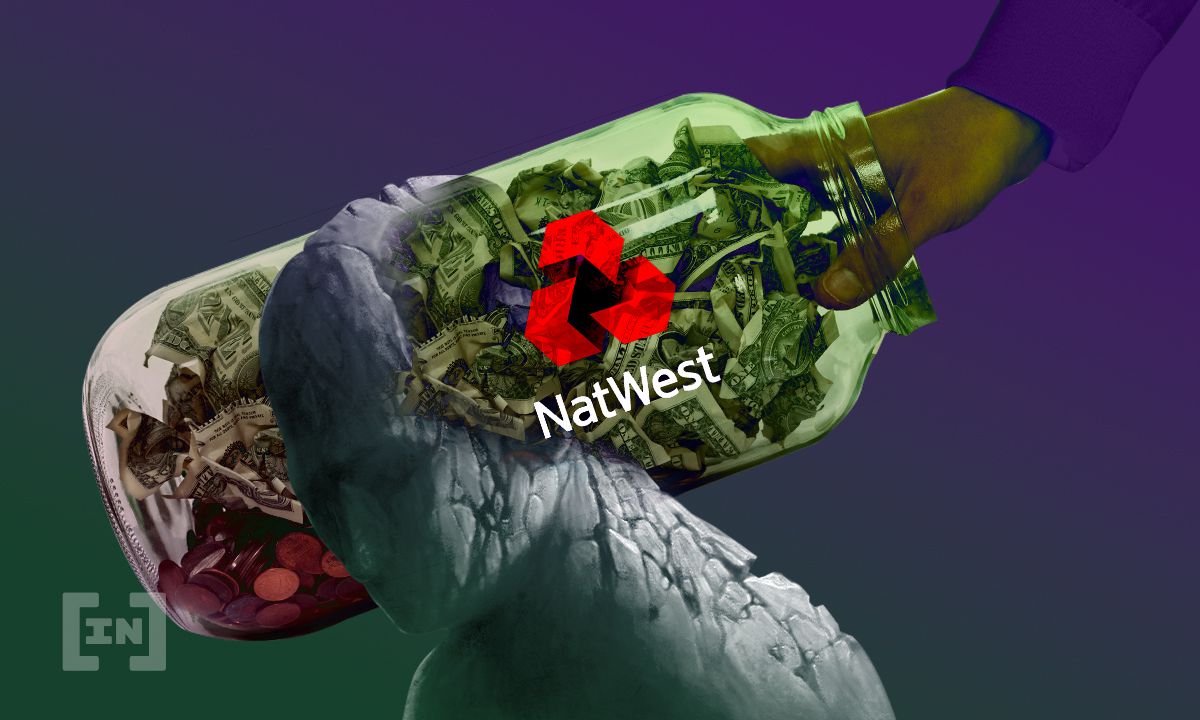 NatWest has been fined $348.5 million over a case of fraud where a business customer deposited large sums of money without checks. The outcome of the court case follows actions by NatWest earlier this year that called out the crypto asset class for fraud.

The NatWest Bank has been fined $348.5 million over a breach of anti-money laundering laws, according to media reports. The bank, which has refused to deal with cryptocurrency businesses over the fear of fraud, has suffered from the same fate, leading to heavy mockery from the crypto community.

The fine occurred after a jeweler deposited large sums of money without checks. The company in question, Flower Oldfield, made these deposits over five years, court proceedings reveal. It was forced to shut down during a police raid in 2016.

NatWest even pleaded guilty to three charges, which had to do with the Money Laundering Regulations 2007 scheme. As noted by the media, this is the first time that the U.K.’s Financial Conduct Authority has conducted a criminal prosecution against a financial institution in the U.K.

Judge Justice Cockerill said that the bank was not deliberately flouting the rules, she did point out that the bank failed to do its duty,

Throughout the indictment period, it is accepted NatWest sought to discharge its obligations under the regulations and that it failed to do so. It is not suggested there has been any deliberate flouting of the rules or any criminal intent. Although in no way complicit in the money-laundering which took place… without the bank’s failings, the money could not have been laundered.

NatWest also admitted its failings, but it has taken a blow to its reputation. In the first half of the year, the bank took multiple steps to limit its interactions over the crypto market over concerns of fraud. In April 2021, it refused to serve businesses that accepted cryptocurrencies, and a few months later, it capped transfers to exchanges over the fear of fraud.

Most established financial institutions have shown tremendous concern over the crypto market. This is unsurprising given the fact that the crypto market is a direct competitor to what they offer — and in most instances, the latter offers much better services.

To that end, a number of banks across the world have begun implementing measures to limit interaction with the crypto market. In India, which is currently debating crypto regulations, private banks have sent warnings to customers and threatened to restrict transactions.

However, not all banks are being regressive, as some have begun to offer crypto-related services. The Commonwealth Bank of Australia became the first in the nation to do so, and other countries are also seeing similar developments.