Until now, there have been three major Bitcoin corrections. They began in June 2011, November 2013, and December 2017. Numerous cryptocurrency traders use these as references for future price movements.

There have been several similarities between the 2014 correction and the current one — leading many people to believe that the absolute low has been reached at $3200 in December 2018.

Cryptocurrency analyst @davthewave claims that the current correction has been weaker than 2014 one. He did so by noting the difference in the movement in the yearly MAs — most notably, the one, two and three-year moving averages.

We can describe volatility as how much the value of an asset changes over a given time. A volatility index... More – 1, 2 and 3 year MAs.

Notice the 1 year has only crossed the 2 year [not the 3 year like last time]. All three are converging on the buy zone. pic.twitter.com/eqBBdkYgX3

A number of indicators and methods can be used to compare movements — one of the most common being moving averages (MA). The relationship between them and price can be crucial in determining the direction and the strength of the underlying trend.

Looking at the 2014 correction, the price and MA movements went as follows: 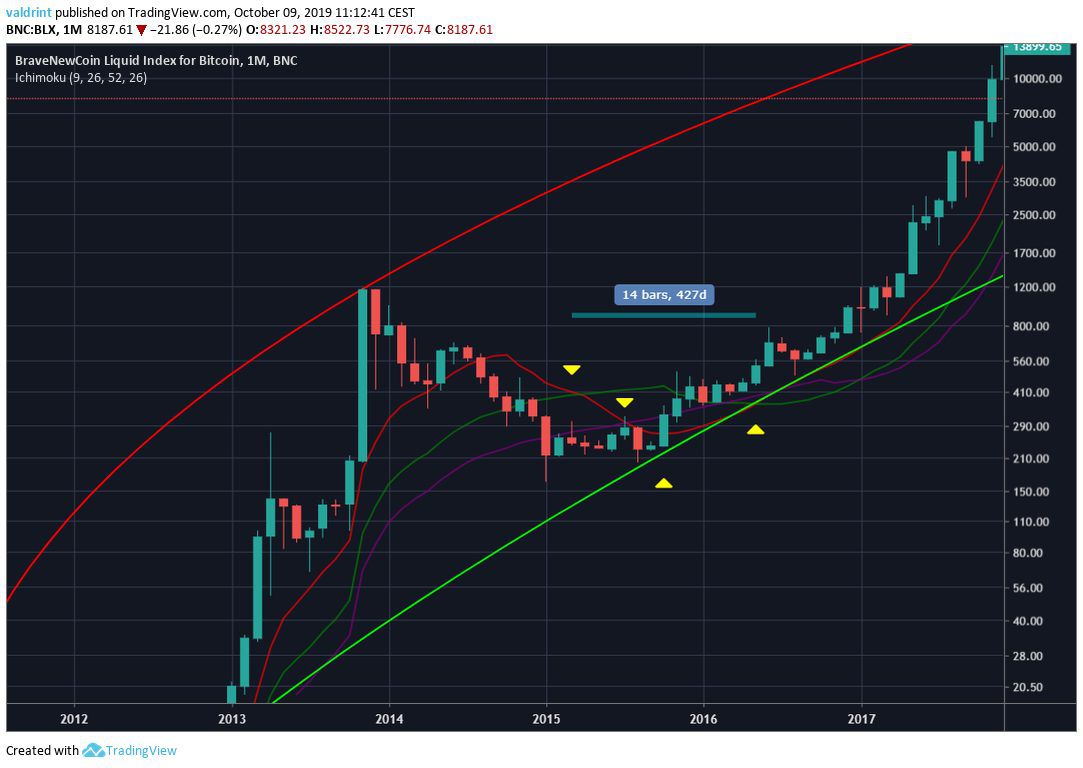 It took 427 days for the Bitcoin price to recover from the bearish cross and make a bullish one.

On the other hand, the movement in the 2018 correction has been different. A bearish cross between the 1- and 2-year MAs occurred in February 2019. At this time, the price had already reached the support line. It immediately began to move upward and crossed above both MAs.

Unlike the previous correction, a bearish cross between the 1- and 3-year MAs has yet to occur and, based on the current price movement, looks unlikely. This is since the Bitcoin price is already trading above all three MAs — which have begun to turn upwards. 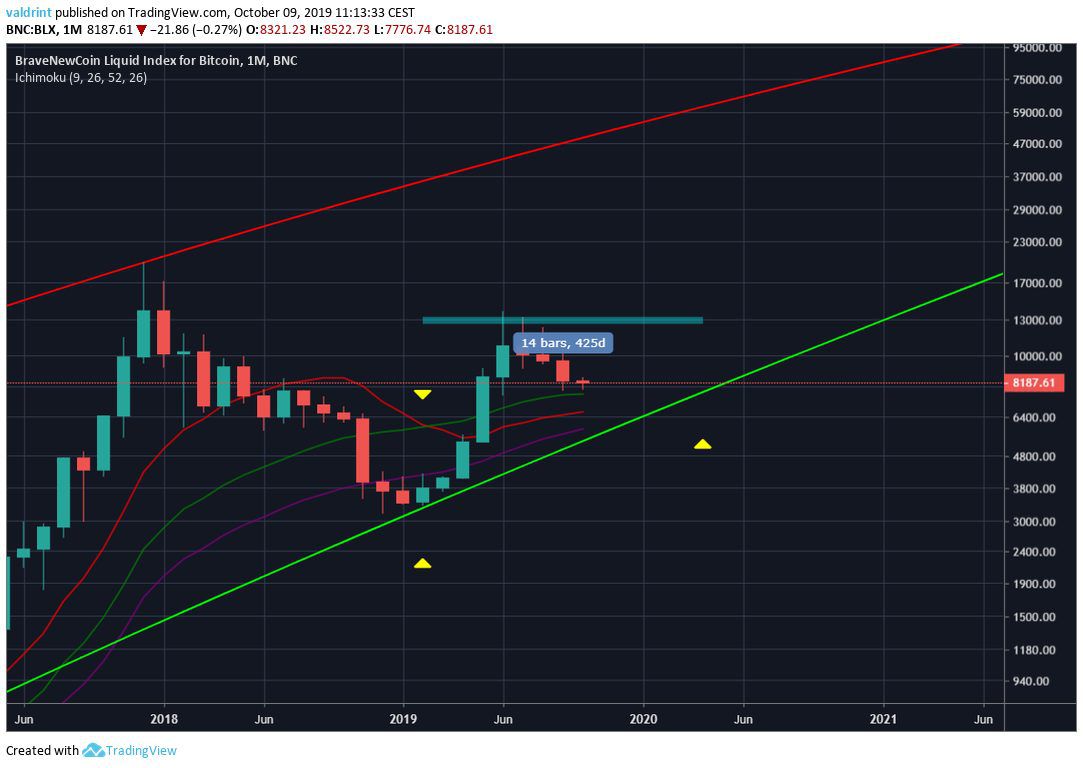 Giving a similar amount of time for a bullish cross to occur as the previous correction, it should happen in April 2020. However, the correction has been weaker and we may expect a bullish cross and full price recovery sooner.

Another similarity that can help us predict when that bullish cross will occur is given by the RSI. 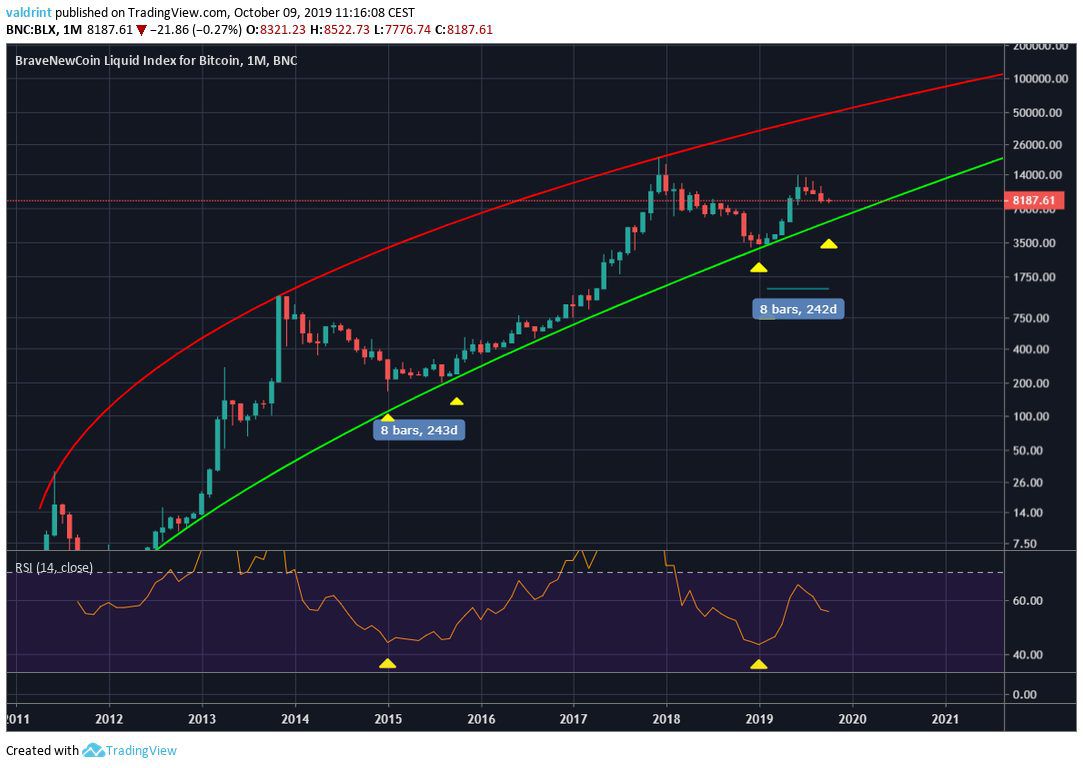 After January 2015, it reached a higher low in October 2015 before moving upward and creating a bullish cross.

If the movement after January 2019 takes the same amount of time, the price should make a higher low this month — reaching the support line and moving upward and creating a bullish cross. This fits with the hypothesis laid out in the previous section and our long-term analysis.

Do you think we have finished the current Bitcoin price correction? If not, where will the price make a low? Let us know your thoughts in the comments below.

Almost $10 Billion in Cryptocurrency Locked in Staking Contracts
#Blockchain News 1 month ago
Up Next
How Do Bitcoin Trading Bots Initiate a Buy or Sell Signal?
Bitcoin Analysis 9 months ago
Related News

Industry 21 hours ago
No Result
View All Result