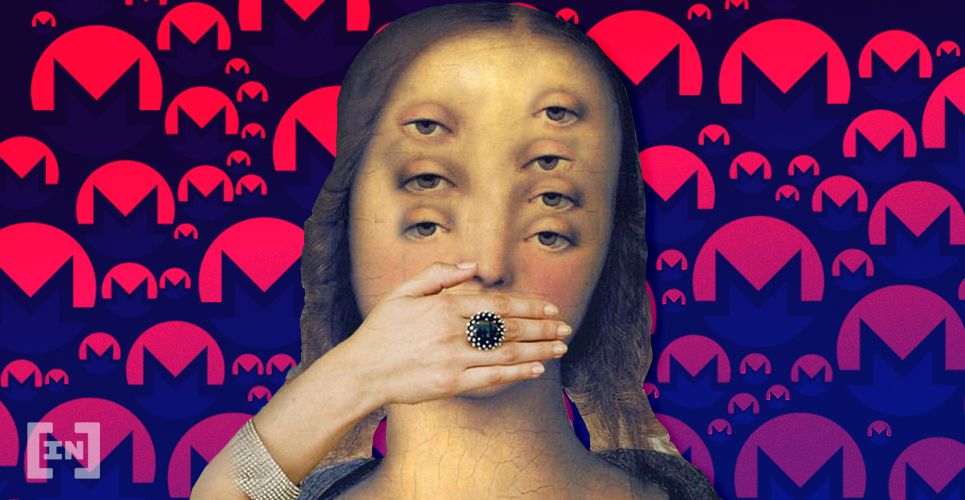 The Monero (XMR) price has regained the majority of its losses from the Sept. 2 decrease and is likely inside a bullish trend. The price is expected to break out from the current resistance area.

The XMR price is currently trading inside the $90 area. The price previously moved above this level on Aug. 21, reaching a high of $106, but fell back below it shortly after.  Currently, it is not certain whether the area will act as resistance or support.

The next closest support and resistance areas are found at $65 and $135, the latter also being the 0.382 Fib level of the entire previous downward move.

Despite the significant decrease in the beginning of September, technical indicators are still bullish. Both the RSI and Stochastic oscillator are moving upwards, and the MACD is seemingly reversing its bearish trend that began two weeks prior.

In the daily time-frame, XMR is trading inside a range between $78.5 and $96.5. Currently, it is trading above the middle of the range ($87.5), getting ready to make another attempt at breaking out.

Technical indicators are bullish. The MACD is increasing, having almost gone to positive territory and the RSI is above 50. Furthermore, the Stochastic Oscillator has just made a bullish cross, indicating that the price is in an upward trend.

Beginning on the bottom on March 13, the XMR price has seemingly begun a bullish impulse (shown in black below), in which the fifth wave has become extended.

The price is currently in the fifth sub-wave (blue), meaning that the upward trend is likely coming to an end soon.

The $135 target also fits with the long-term resistance area outlined in the previous section, so it is slightly more likely to be the top. 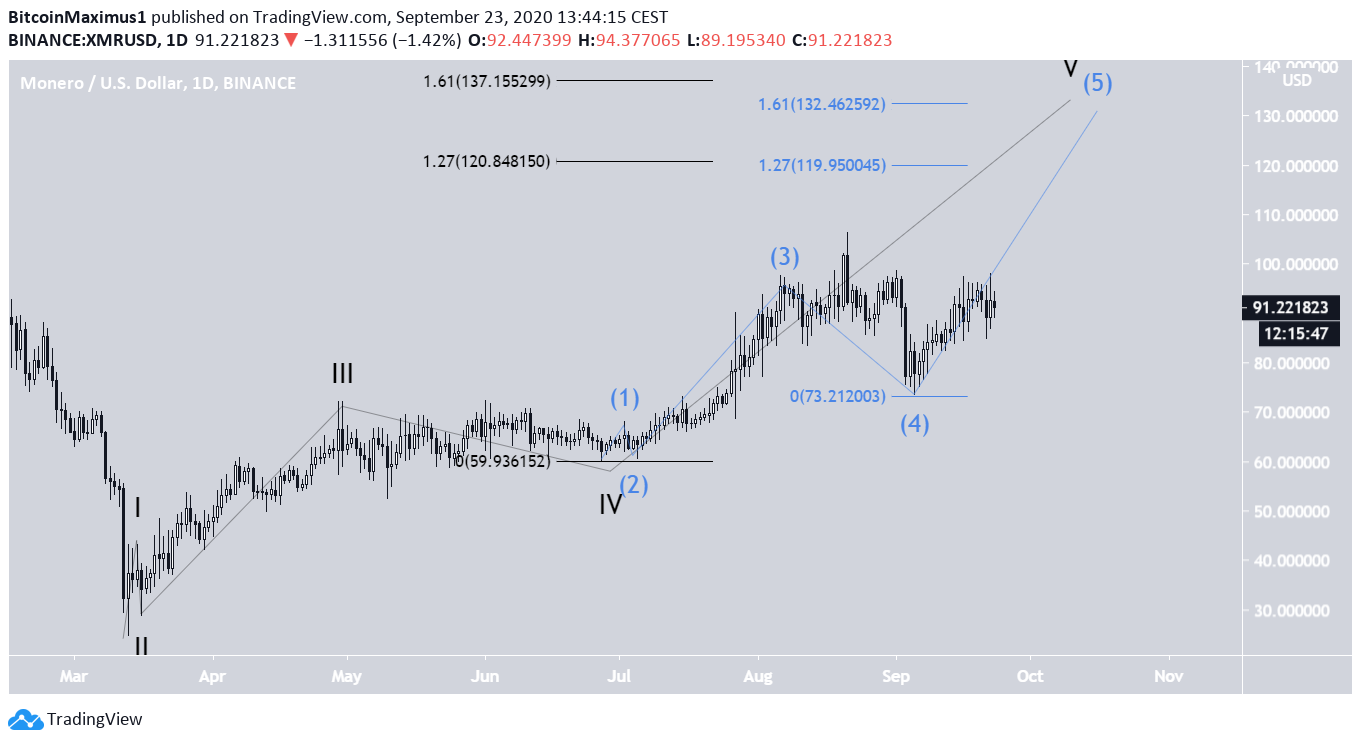 A closer look at sub-wave 5 shows that the price has already completed a bullish impulse (black) that was finished with an ending diagonal (red). If the count is correct, the price is currently correcting inside an A-B-C formation, which is expected to end near $82, the 0.618 Fib level of the entire move. 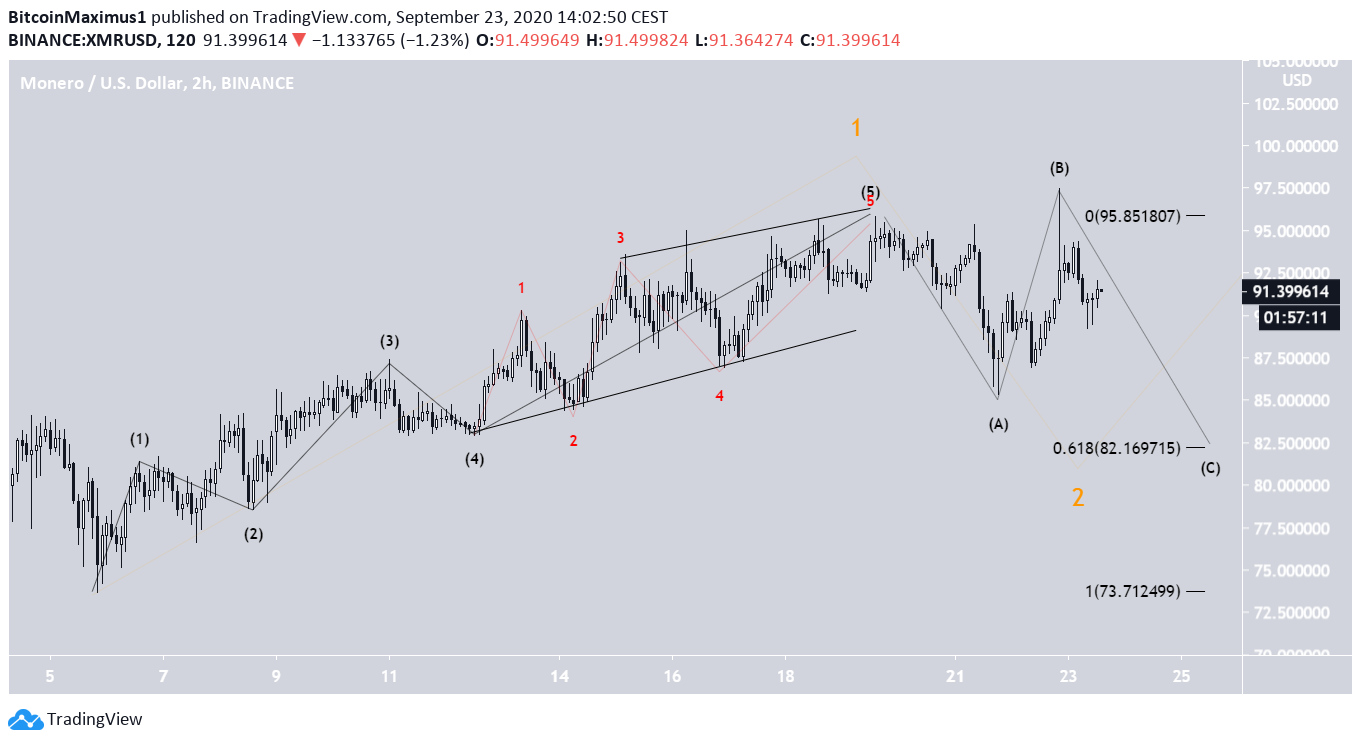 Cryptocurrency trader @Devchart stated that the XMR price is soon expected to break out above its resistance area, which is found at ₿0.00925.

While the price was rejected from the area on Sept. 22, it is still trading above a long-term ascending support line and the ₿0.00815 support area.

Similar to the USD pairs, all three MACD, RSI and Stochastic Oscillator are bullish, indicating that the price is expected to eventually break out from the resistance area.

To conclude, the XMR price is expected to break out from the current resistance area and continue moving higher.