Monero Must Grow Stronger to Defeat the Resistance (Price Analysis for XMR: March 7)

The price of Monero

BUY NOW (XMR) on Binance was analyzed at 30-minute intervals from Mar 5 to Mar 7.

The price of XMR started an upward move on Mar 5. It reached a high at $50.79. A gradual drop preceded successive higher lows. 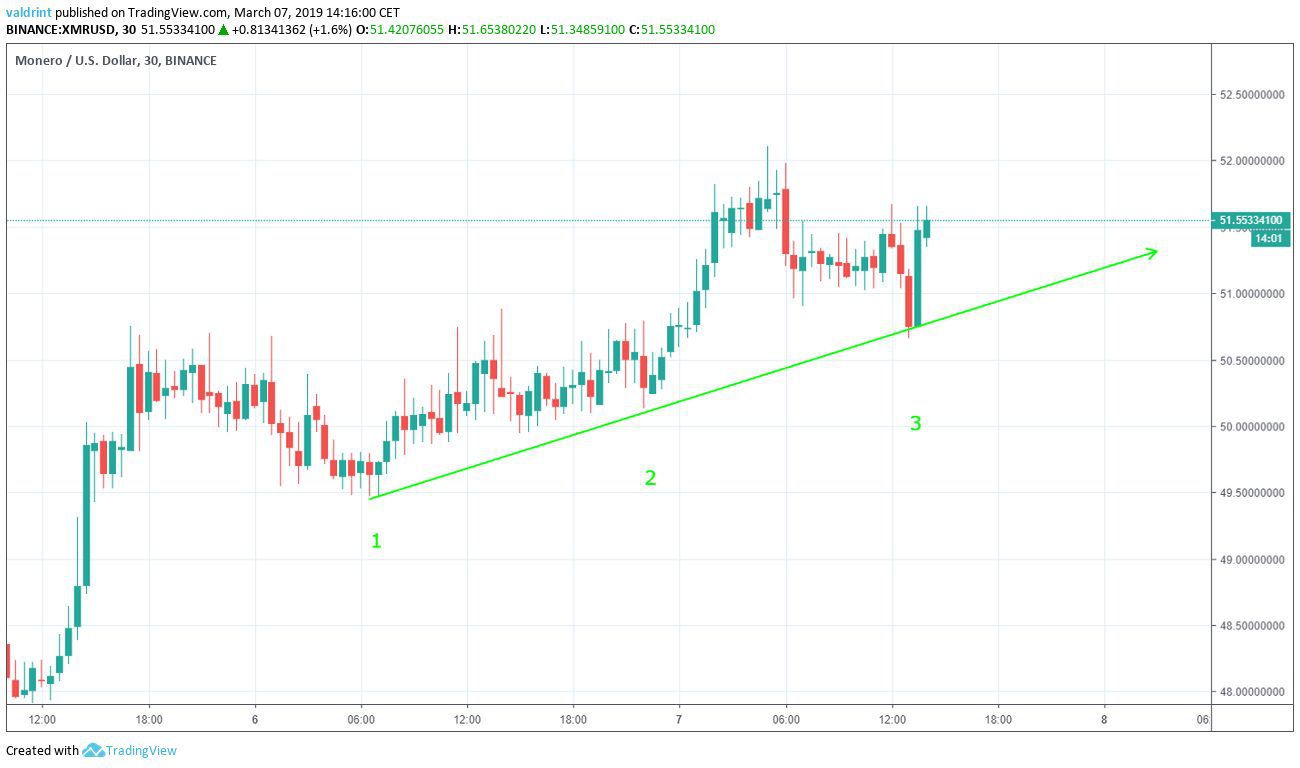 The resistance line is created by tracing these lows. The line was touched on these dates:

The support line can act as a floor for price, effectively preventing it from dropping below a certain level and supporting further growth. However, a break below could trigger a rapid price decrease.

Movement In A Range 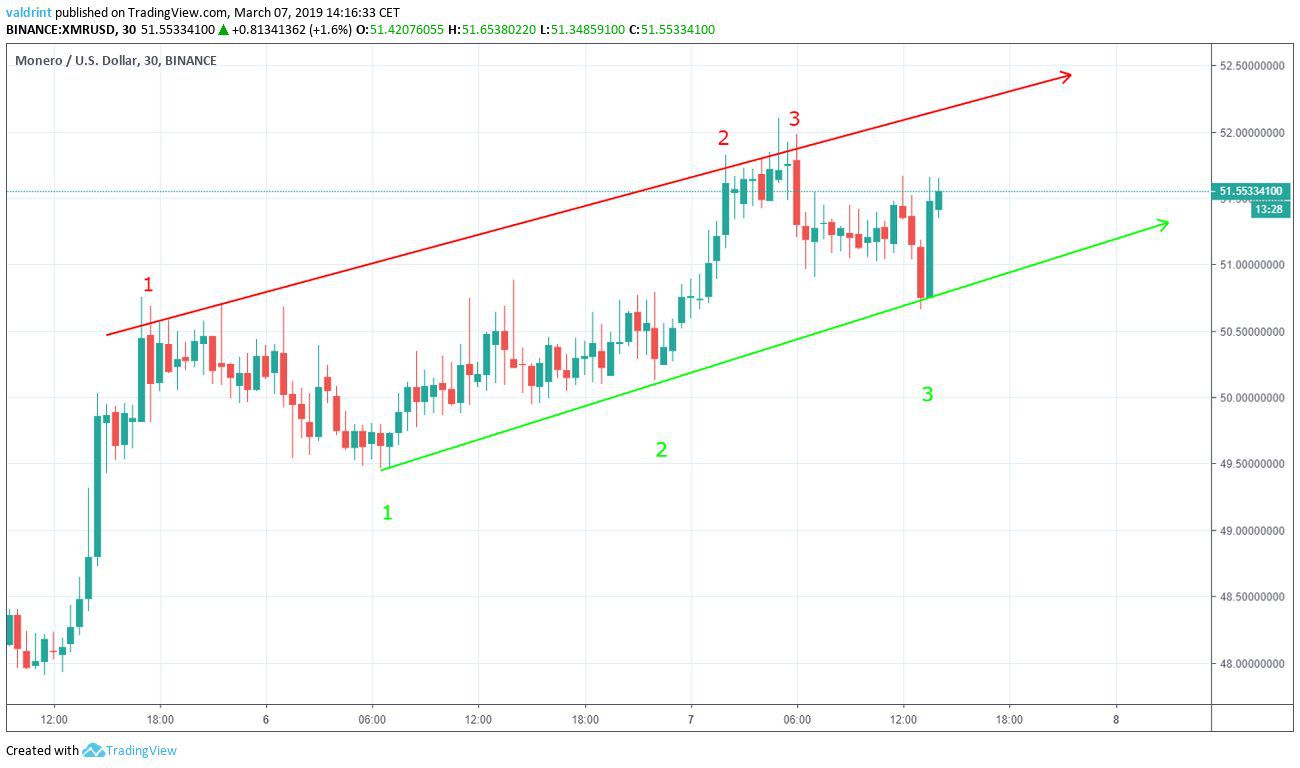 The dates in which the line was touched are:

The resistance and support lines combine to create an ascending parallel channel.

The channel aims to reduce the scope of price movements and keep it inside a range. However, if price moves outside of the channel for an extended period of time, new support and resistance levels may develop.

The ascending parallel channel is a neutral pattern, making a breakdown and breakout equally likely.

Combining MACD and RSI bullish/bearish divergence with support/resistance essentially predicts price fluctuations. If both indicators are in agreement, they can be used to further add validity to the divergence analysis 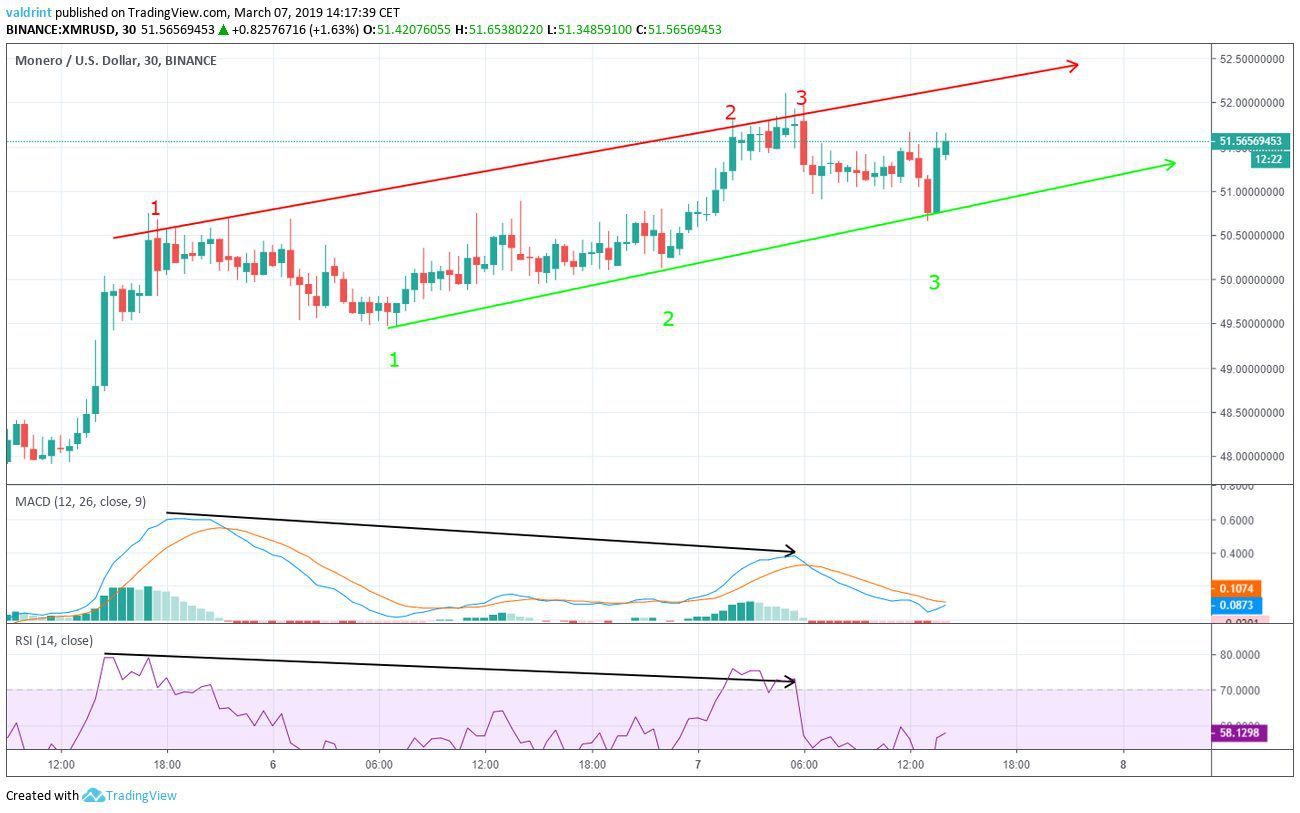 This is called bearish divergence. It often precedes drops in price.

The prediction can be especially accurate if bearish divergence occurs in a bearish pattern and vice versa. This is not the case here, since Monero is trading in a neutral pattern.

The price of XMR on Binance is analyzed on one-hour intervals from Feb 20 to Mar 7. 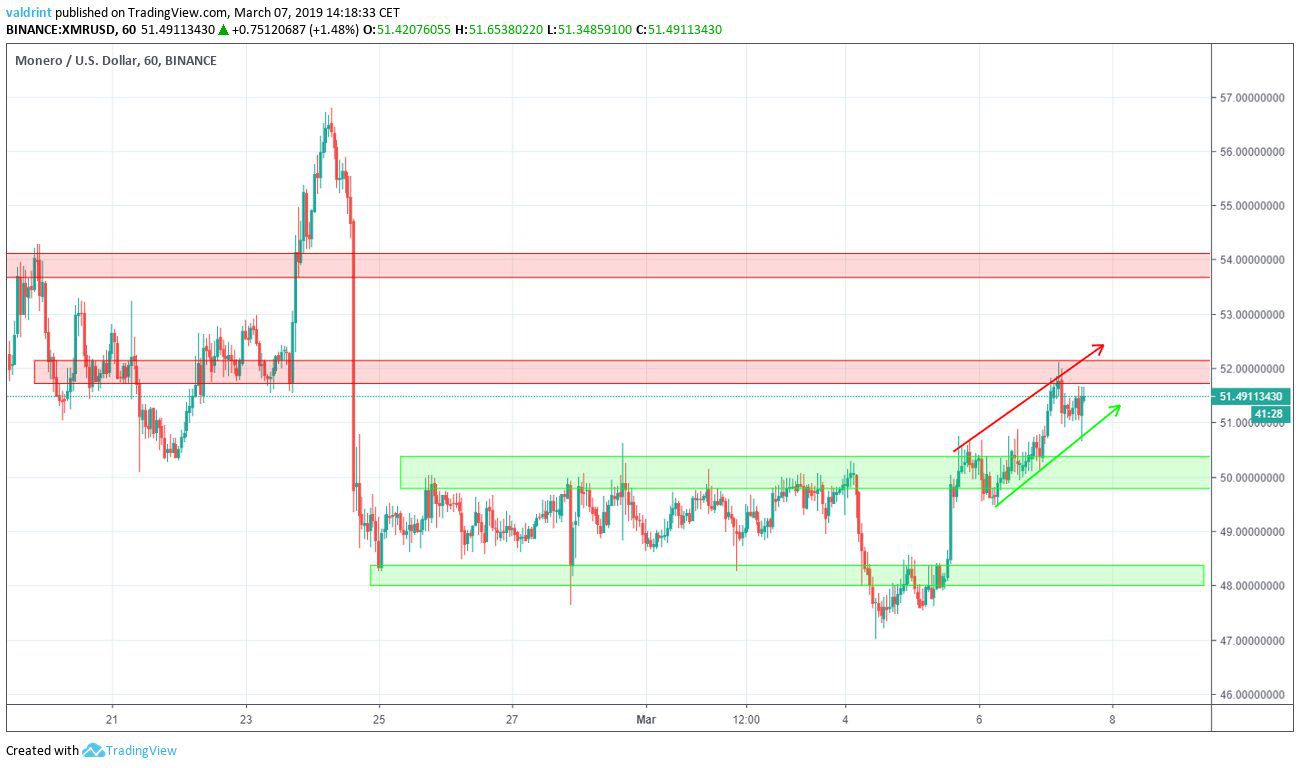 The first resistance area is found near $52. It corresponds with the top of the channel.

The second resistance area is found near $54. If price were to break out of the channel, this would be a likely area of reversal.

The first support area is found near $50. It corresponds with the beginning of the support line of the channel.

The second support area is found slightly above $48. If price were to break down from the channel, these two areas would be likely to provide a reversal.

Based on this analysis, a breakdown below support is more likely than a breakout above resistance. If the price reached the support area near $50, this prediction would be validated.

What do you think is in store for XMR? Let us know in the comments!