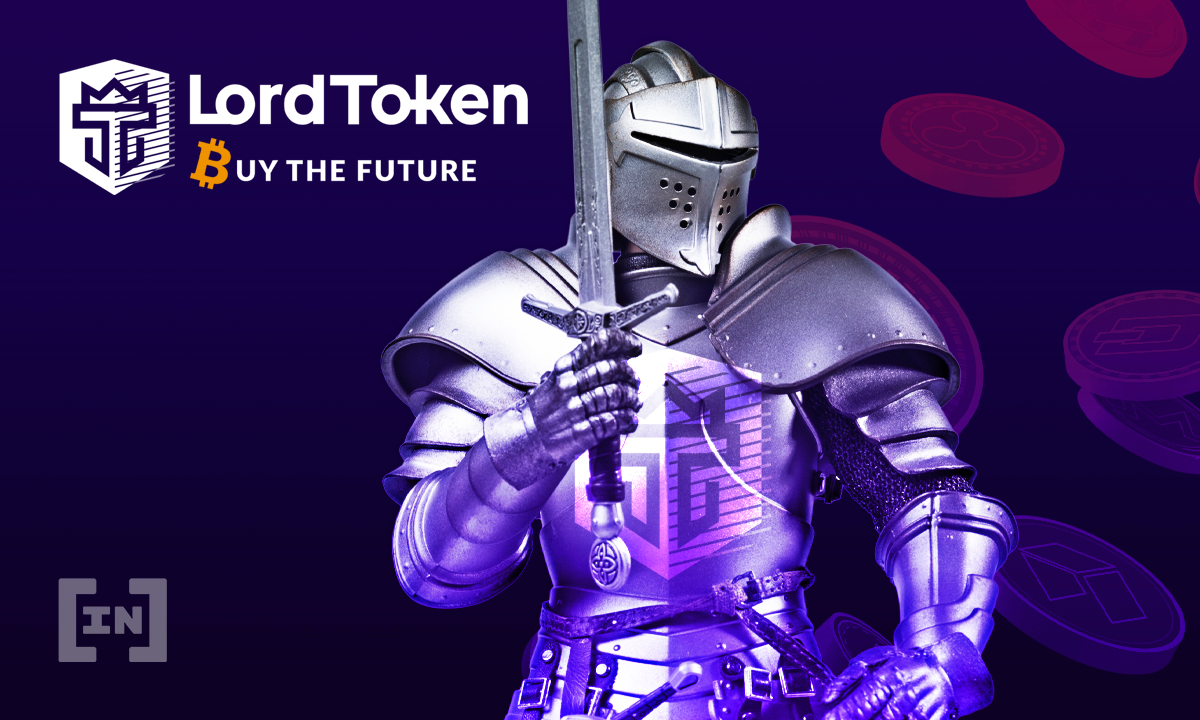 Choosing a cryptocurrency exchange can be a tricky business due to the sheer high number of choices at your disposal. This is equally valid for new users who are about to dip their toes in crypto, as well as for experienced users who plan on switching to a new exchange.

Safety, reliability, liquidity, and ease-of-use are a few of the key criteria you have to zoom in on before making a decision. LordToken, the upcoming crypto exchange from France and Powered by Binance Cloud, claims it stands out on all of those criteria. And that’s precisely what this review will be looking into today – can LordToken find a place among the industry leader and become your go-to destination for crypto trading and investment?

But before we delve any further, note that this is an early review of LordToken. These are still early days for the exchange and BeInCrypto will be primarily focusing on LordToken’s potential to emerge as a dominant player in the industry based on its vision, objectives, and the way it is going about the implementation of those objectives.

LordToken is an upcoming France-based crypto exchange looking to project itself as a European leader. It also pitches itself as a safer and more reliable alternative given that the company intends to adhere to stringent regulations applicable in France and the EU.

LordToken was founded by François Denis and Nicolas Lefortier in September 2020 and the platform and its affiliated services are expected to become operational in early 2022.

A trading platform using the technology of Binance Cloud

The LordToken exchange will provide its trading services in cooperation with Binance Cloud, which is undoubtedly going to be a big oomph factor.

For those out of the loop, this cooperation with Binance Cloud gives LordToken access to the full liquidity of Binance at launch. That means right from the platform’s official launch, users will have exposure to Binance’s billions of dollars worth daily trading volume.

The cooperation between the two entities also ensures that the deployment and upkeep of the LordToken Exchange Trading mobile app will have ease of use very similar to the Binance app. The only difference will be that LordToken will customize the app using its colors, editorial policy, and dedicated customer service.

It is also worth noting that LordToken is one of the rare exchanges in the world to have succeeded in publicly cooperating with Binance Cloud.

At launch, LordToken will list more than 335 digital assets on its trading platform with a relatively low commission fee of 0.1%.

Social trading is another feature that will likely draw the attention of many traders, especially those who are relatively new to crypto trading.

Also known as copy trading, this feature will allow users to copy the trading strategies of the top traders on the platform. The process is relatively simple. You start by picking one of LordToken’s top traders by analyzing their past performance and profits. Then, you can allocate a part or all of your crypto portfolio to replicate the trades (both buy and sell orders) of that particular trader in real-time.

The auto-trading feature on the exchange leverages artificial intelligence and sophisticated algorithms to increase traders’ chances of making sizable profits.

LordToken promises that one of its founding principles is to maintain full regulatory compliance in France. The company seems to be making progress on that front as it has initiated a few months ago discussions with the French regulator to be registered as Digital Asset Services Provider (DASP) in France.

Of course, as you may know, the process of being registered as DASP in France cannot be guaranteed and can be rather lengthy and may take several months. To accelerate the process, LordToken is using the services of a team of well-known lawyers in the country.

If/when the company manages to register as a DASPin France, that could potentially propel LordToken to the top of the crypto exchange hierarchy, at least on a European scale.

The company has also started building legal teams across Europe to ensure full compliance with EU financial laws and regulations.

LTT is the native digital asset in the LordToken ecosystem. It is a BEP20 token running on the Binance Smart Chain. There will only ever be a maximum of 1,000,000,000 LTT tokens in supply, which makes it inherently deflationary.

LordToken is currently conducting the second round of its two-phase ICO which is scheduled to end in just over a month. The strategic sale that preceded Round#1 was a big hit and it raised $800,000 rather quickly. Overall, the company claims to have raised $1.7 million through quasi-equity (and not counting the ICO).

The first round of the ICO started with a target of $3 million and the target was achieved in record time. Round#2, meanwhile, has so far secured ~40% of the target of $10 million with still 36 more days to go.

So, as you can see, LordToken is already gaining a lot of traction in the broader crypto community and if you’re considering switching exchanges, it could be an option worth mulling over.

If you are interested in joining the LTT token ICO, check out the info here.

If you would rather study and evaluate the project first to get the full picture, the LordToken whitepaper is a good place to start.

For more information and regular updates: