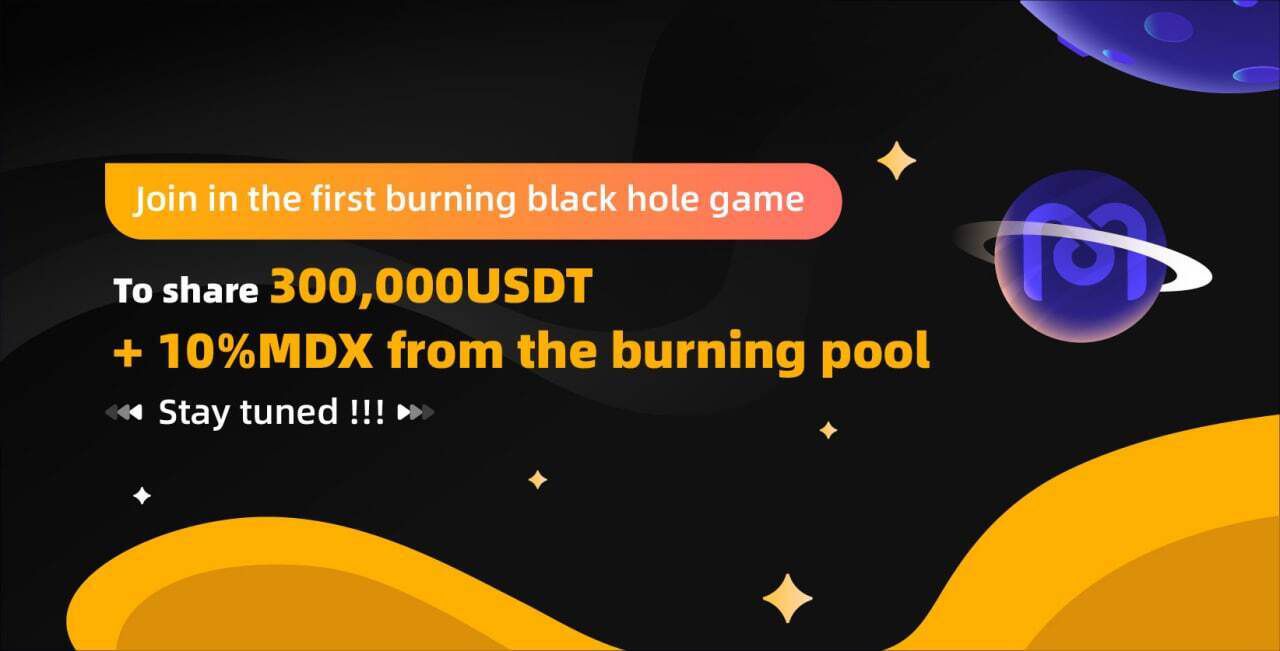 As the most important infrastructure for asset transactions in the DeFi ecosystem, MDEX has been attracting much attention from users.

The “dual mining” mechanism brings greater returns to the participants, and the transaction fee repurchase realizes a closed and self-driven loop for value capture.

The reason behind the popularity of MDEX is not only its market positioning but also its “repurchase-burning” mechanism.

The tokenomics of MDEX includes the “dual mining” mechanism and “repurchase and burn”, and the decentralized governance of Distributed Autonomous Organization (DAO).

Such a design not only gives play to DEX’s advantages in governance but also utilizes the smart contracts to realize the implementation of the “repurchase and burn” and “transaction mining” of centralized exchanges transparently and automatically, which ensures a balance between the output and deflation of MDEX.

The deflation of MDX and the development of MDEX will bring sustained returns to participants; the repurchase and burn of the governance token MDX contribute to a close-loop for value capture; a united community of self-governance realizes continuous self-growth, which will enhance user loyalty and form a positive cycle between users and liquidity.

MDEX’s repurchase and burn mechanism can quickly attract users, and encourage them to actively participate in MDEX’s repurchase process, which contributes to a positive and sustainable cycle for MDEX’s growth. If the value of an asset comes purely from transactions, it is a kind of currency money. For example, the value of the US dollar comes only from using it to exchange for goods and services, or ETH, which can be used to pay for Ethereum’s services.

On the contrary, if the value of an asset comes from governance or equity participation in a resource pool, it is a kind of capital. As long as a network uses only one kind of currency to obtain income, and then distributes this income to its token holders, it is also a kind of capital goods.

MKR and ZRK are good examples: both networks can generate ETH income and redistribute ETH to their token holders. The maker adopts a “repurchase and burn” model, while 0x’s approach is to distribute ETH proportionally to those who stake their positions in ZRK and make a market in the network. Despite the difference, both of them are capital, and their value is driven by the income flow of the currency.

The impact of burn on token price

The market determines the token price, but it counters the force of the market in the mid-long term. So how does the burn scheme affect the price?

As the on-the-chain assets cannot be further issued, burn will permanently affect the supply of MDX. No matter what the market price is, the quantity of MDX provided by the market will be irreversibly reduced, which means that the price of MDX will increase when the market demand remains.

In addition, the price change is positively correlated with the burn intensity of MDX (more burn, more rise in price), and repurchase will have a somewhat positive impact on the price.

As long as the repurchase and burn mechanism is activated, it can effectively boost the performance of MDX in the secondary market

All users can put MDX into the repurchase pool to form an MDX burn pool. The system will calculate the new hashrate by combining the transaction hash and time stamp. If the number of the hashrate is consistent with the pre-designated winning number, the user will receive rewards.

Even if most users won’t win the prize, they can get over 70% of their investment back. MDEX expects to use fewer repurchase funds to leverage a larger amount of burn (expected to be more than 120%)

In other words, all transaction fee income is used to nurture the entire ecology. In the boardroom, 145089381.07u of rewards have been issued and 164270241.48u of rewards are still pending. A total of 27102432.18 MDX were repurchased and burned. MDEX’s ingenious reward and repurchasing design enables most of the platform revenue to be used to benefit MDX holders.