On June 30, the Litecoin 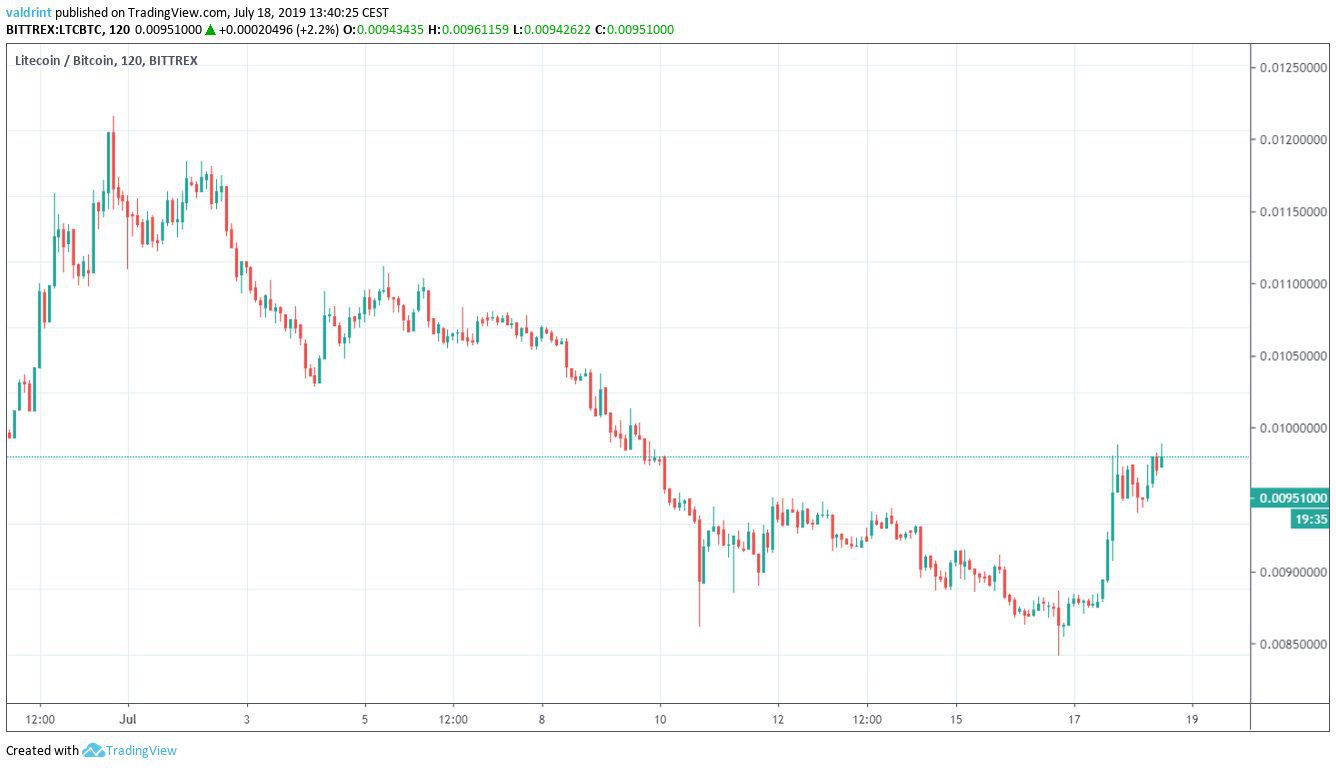 Will LTC again reach highs above ₿0.01? Below we are going to analyze the XRP

BUY NOW price in different time-frames alongside technical indicators in order to answer this question.

If you would like to trade cryptocurrencies with a multiplier of up to 100x on our partner exchange, follow this link to sign up for free on StormGain.

Since reaching the aforementioned high on June 30, LTC has been following the descending resistance line outlined below: 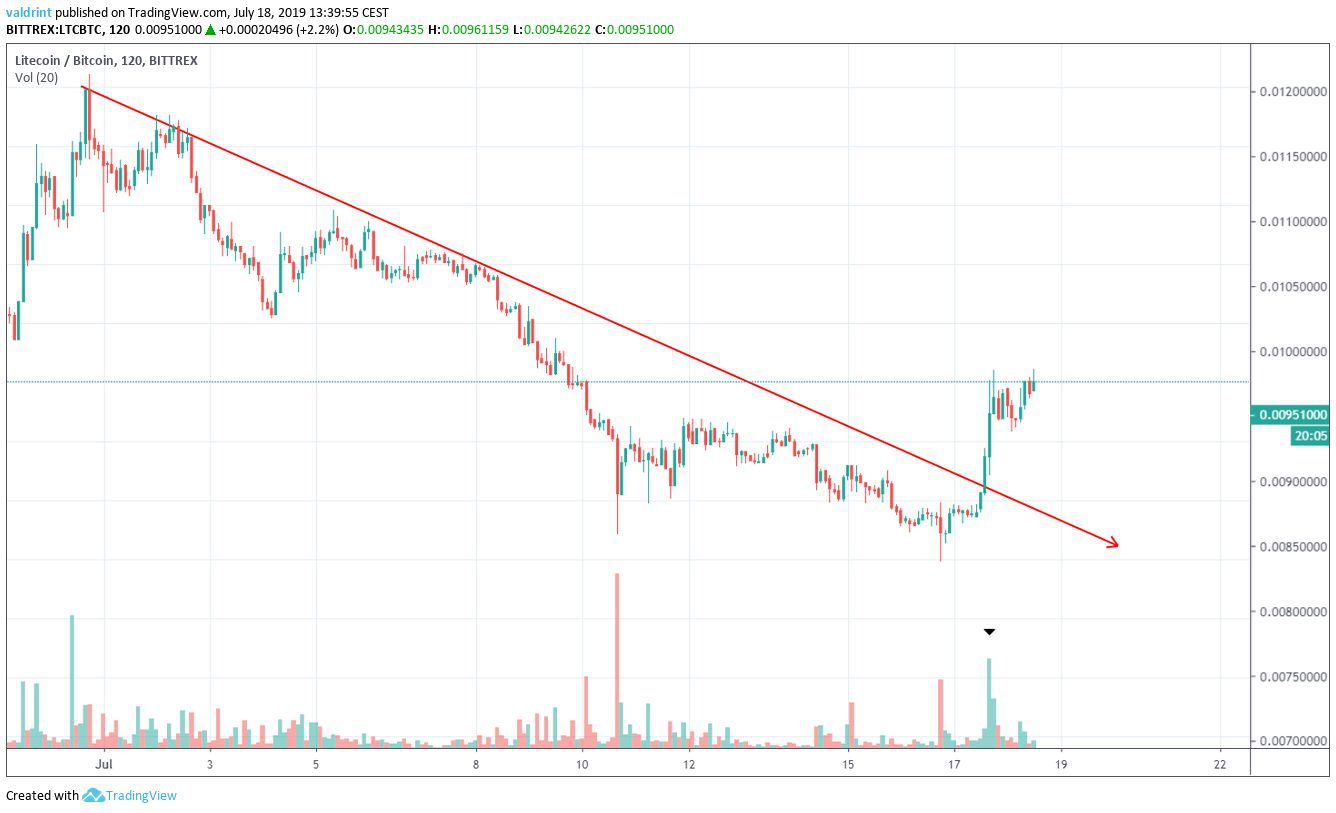 On July 18, LTC broke out above this resistance line. The breakout occurred with significant volume.

How long will the LTC price continue to increase?

An Attempt at an LTC Price Breakout

A look at the hourly time-frame shows that the Litecoin price is struggling to break out above the resistance area at ₿0.0095. 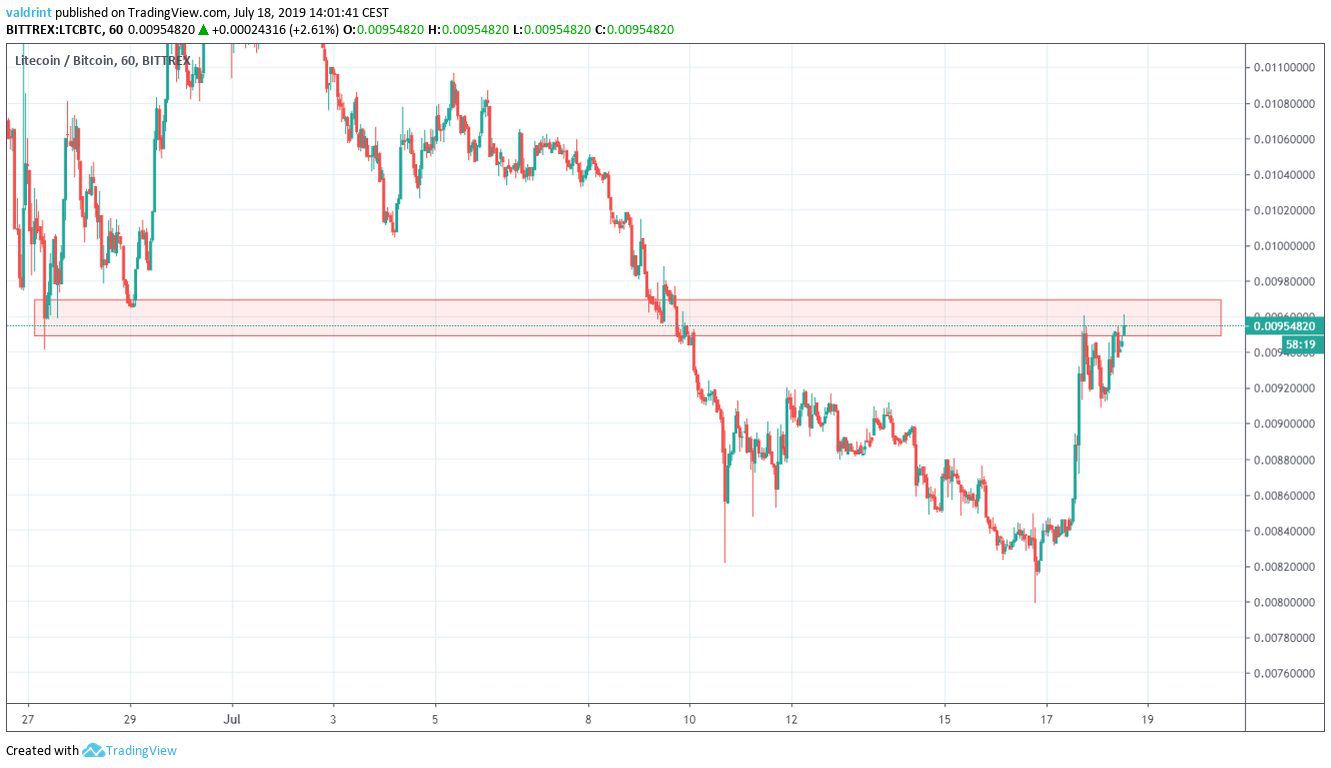 This area previously served as support on June 27 and July 9.

At the time of writing, LTC was making its second attempt at breaking out.

A look at the RSI suggests that this one will also be unsuccessful. 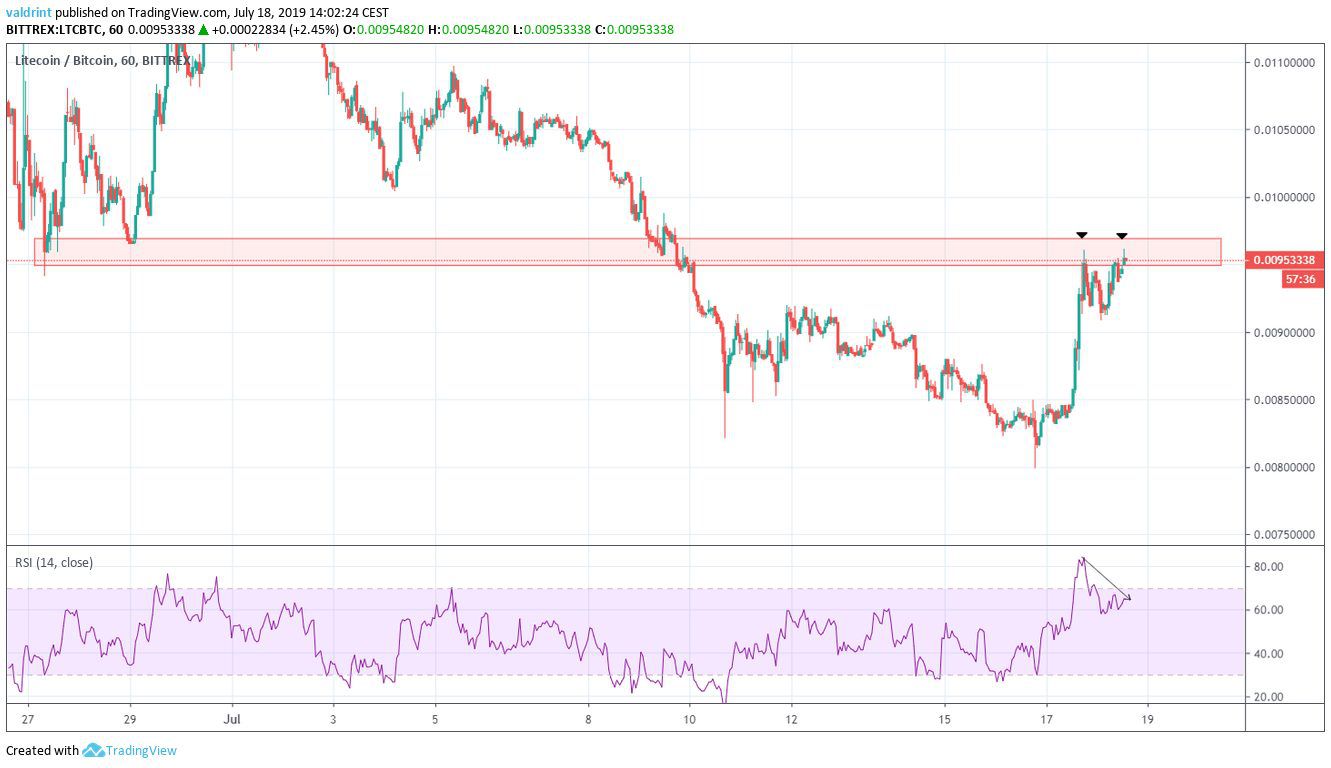 Relative to the first attempt, the RSI has generated a significantly lower value.

The recent Litecoin price movement and the divergence in the RSI make us believe that the price will not break out above the resistance area.

However, this is only a short-term development and should not affect the possible uptrend resulting from the breakout.

Since the beginning of April, the Litecoin price has been following the descending support line outlined below. 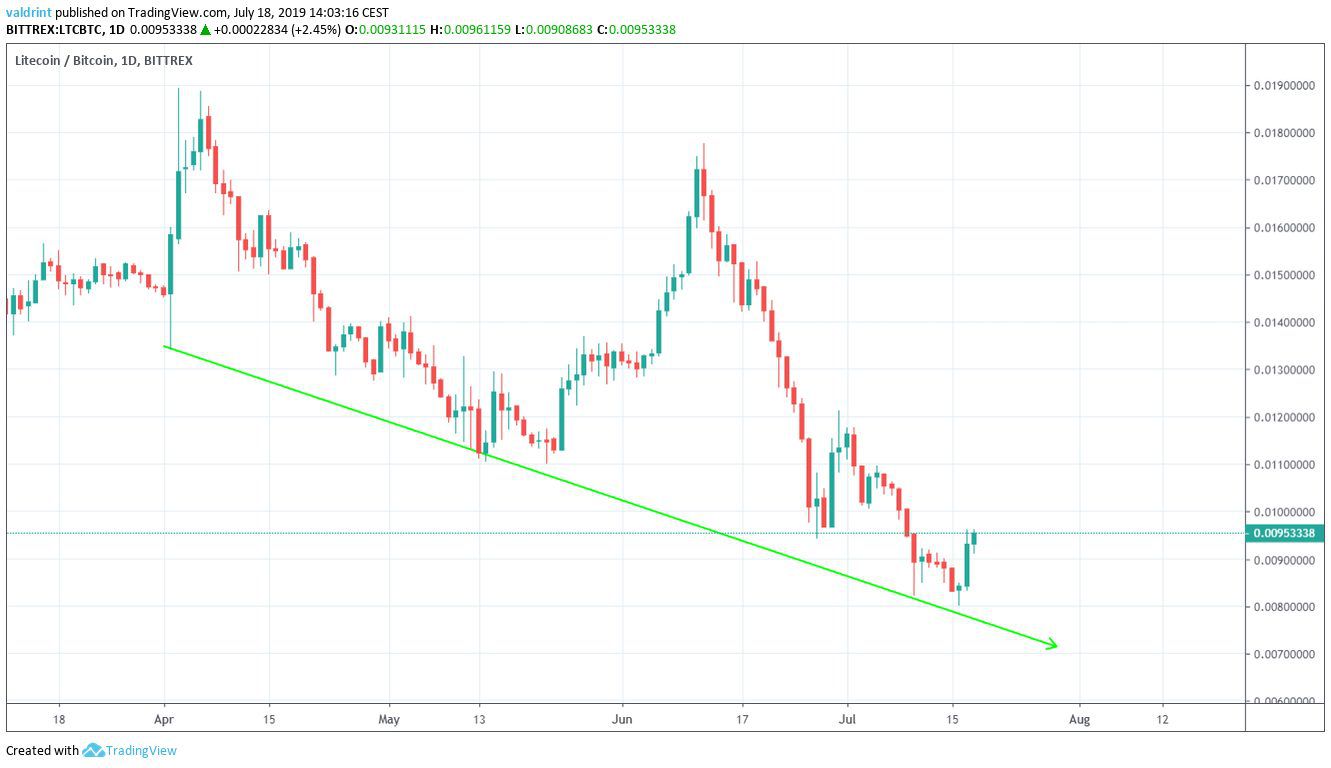 LTC touched the support line on July 16, before beginning to increase.

A look at the moving averages (MA) shows that the LTC price is attempting to begin an uptrend. 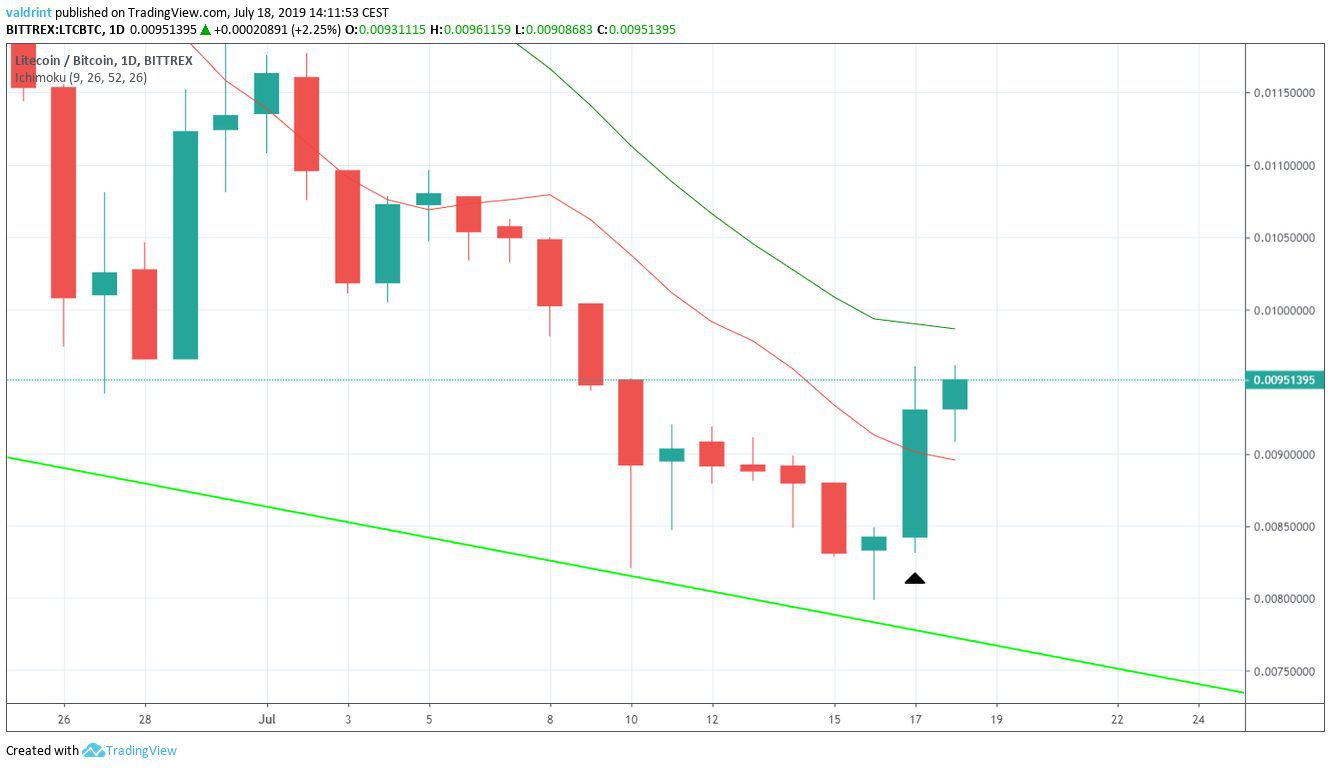 The bullish engulfing candle on July 17 took the price above the 10-day MA.

It is currently between the moving averages. It has not yet made an attempt to move above the 20-day MA.

These technical indicators are not sufficient in assisting us to make a decision on whether the upward move will continue.

However, there is a fractal that makes us believe it will.

Using the same descending support line, we can see a similarity between the two periods, from May 11 – 21 and July 9 -17 respectively. 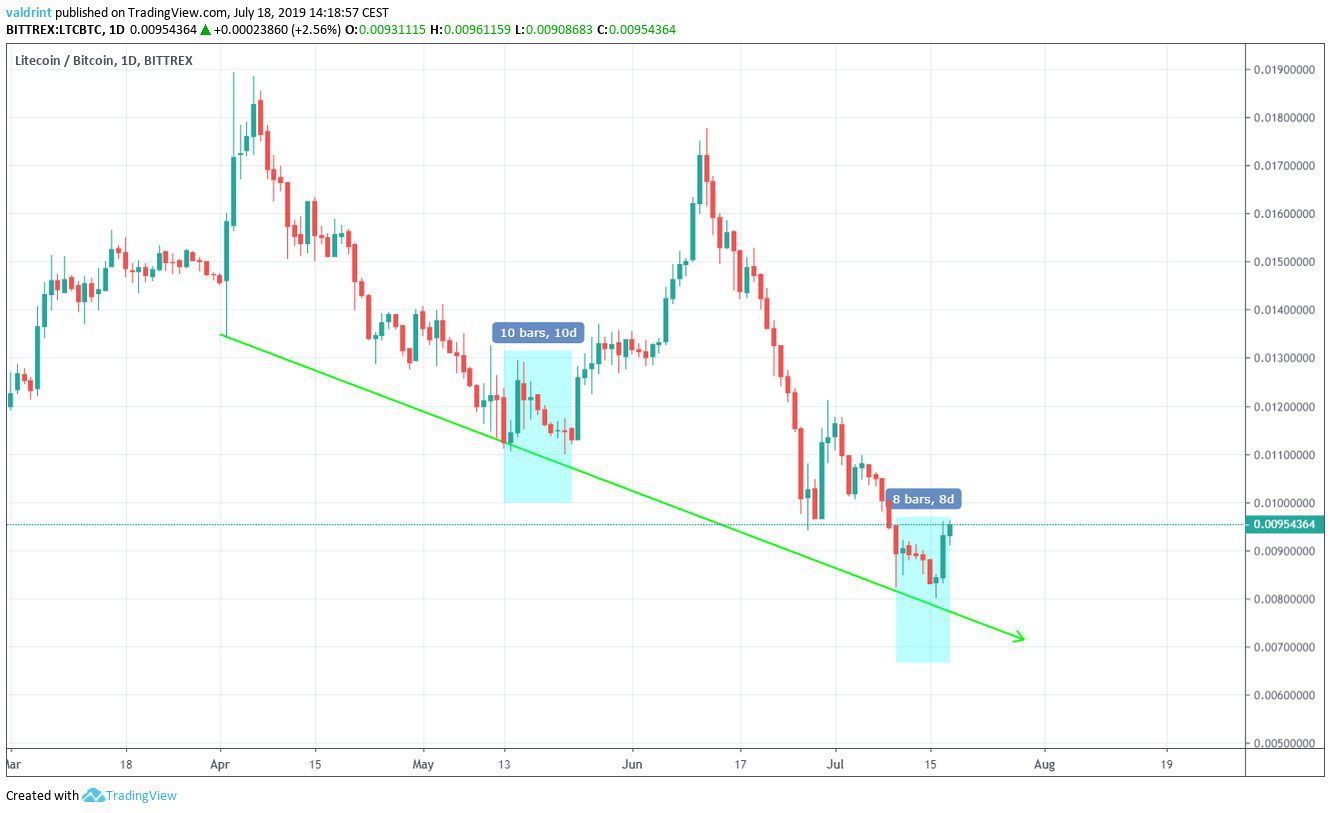 During both of these periods, LTC touched the support line twice and later initiated an upward move.

Furthermore, the readings from the RSI and the 10- and 20-day MAs were almost identical. 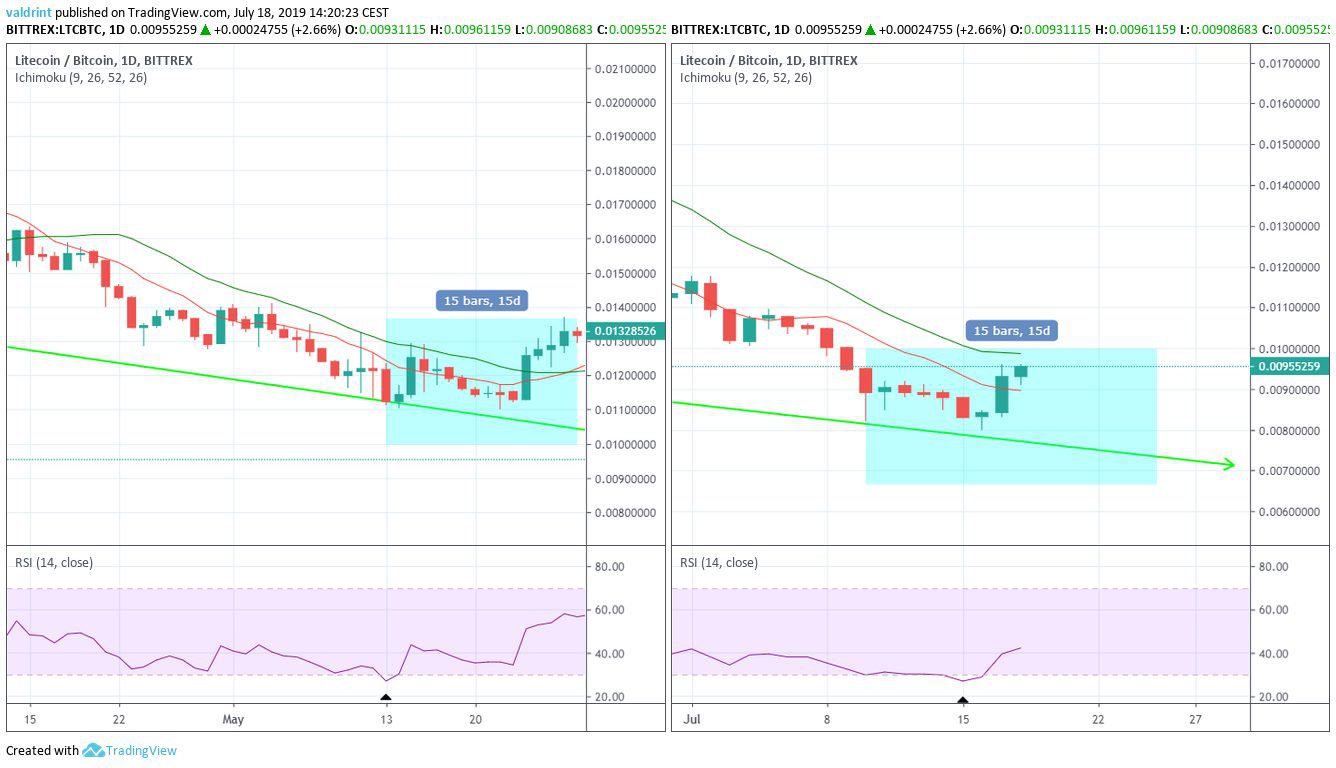 First, the RSI was in the oversold territory both times. This was especially visible on the day in which the price touched the support line.

Furthermore, the LTC price moved above the MAs shortly after, and a bullish cross occurred after 15 days.

At the current time, the price has moved above the 10-day MA, but it is still below the 20-day MA.

If the price were to do so, and a bullish cross was to occur on July 25, it would confirm our pattern.

90 Percent of Cryptocurrency Firms May Be Bankrupt in Six Months: Swiss Blockchain Federation
#Companies News 1 month ago
Up Next
NEO Price Analysis: When Will the Downtrend End for NEO/BTC
Altcoin Analysis 11 months ago
Related News