Litecoin Could Increase Above 700,000 Satoshis

The Litecoin price has reached a significant resistance level, a breakout above which could take it above 700,000 satoshis.

On January 8, 2020, the Binance exchange added Litecoin/USD trading to its futures exchange. Similar to what happened with XRP, this caused an increase in the price of Litecoin.

#Binance Futures Will Launch LTC/USDT Perpetual Contract With Up to 75x Leveragehttps://t.co/Rx5VnZGgtj pic.twitter.com/VvqhDW378W

UCTS Buy signal on the 1D (flashing on the 2D, no signals since June)

Looking for a cross/flip of this level as continuation…

also #LTC has been acting as a confirmation signal of latest BTC movements🧐 pic.twitter.com/chQwUI94kd

Will the Litecoin price be successful in doing so? Keep reading below if you are interested in finding out.

By the end of December 2019, the Litecoin price had reached the support area at 550,000 satoshis. This area has been the catalyst for an upward move twice before, in May 2015 and December 2017.

Since the Litecoin price is also near a significant support area, we can assume that the same thing will happen this time around. The main support areas are found at 550,000, 410,000 and 310,000 satoshis. 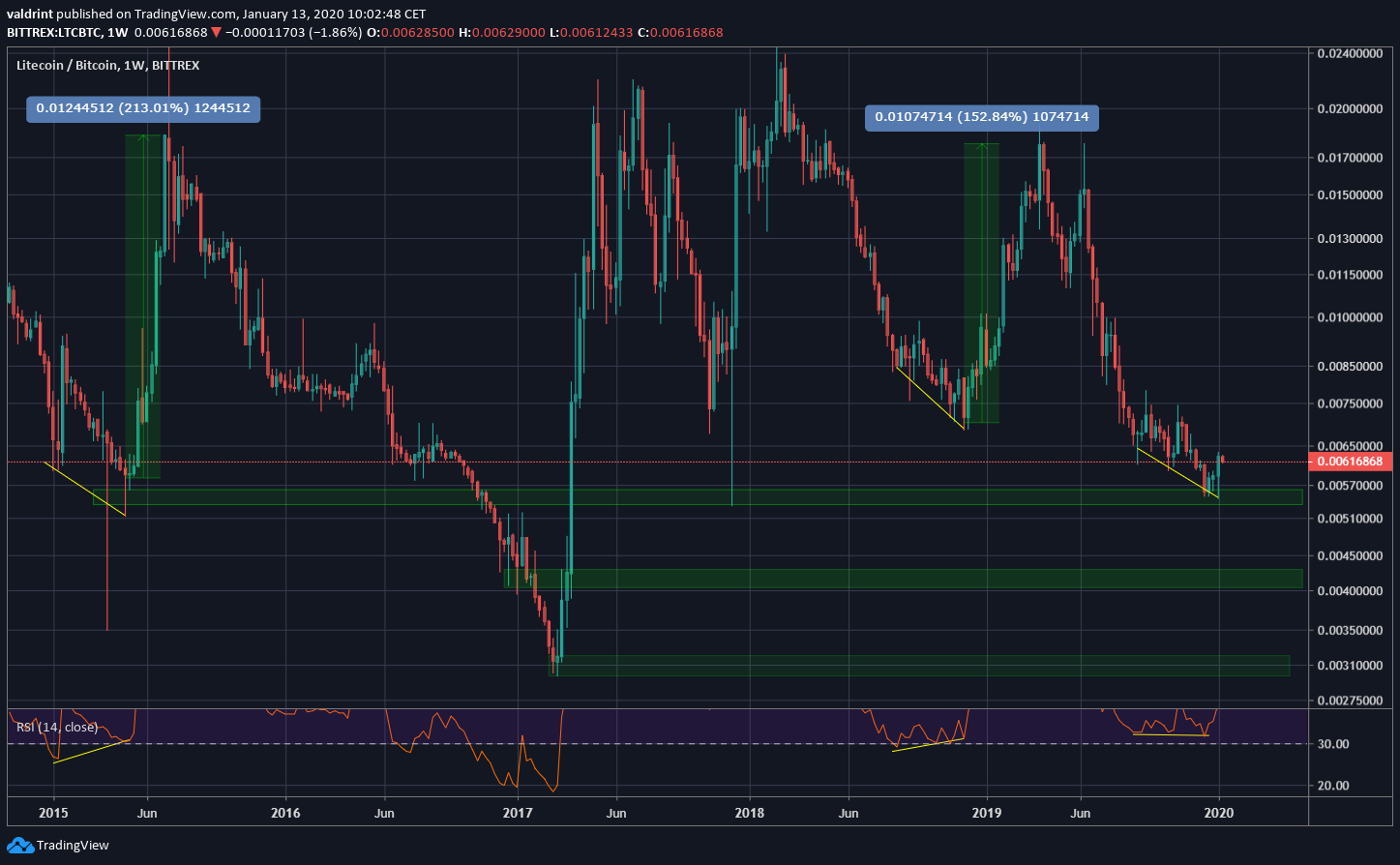 A closer look reveals that the Litecoin price has been trading inside a descending channel since August 14.

At the time of writing, the price was trading right at the resistance line of this channel. In addition, the line coincides with the 100-day MA — solidifying the current resistance and making it more difficult for the price to break out. 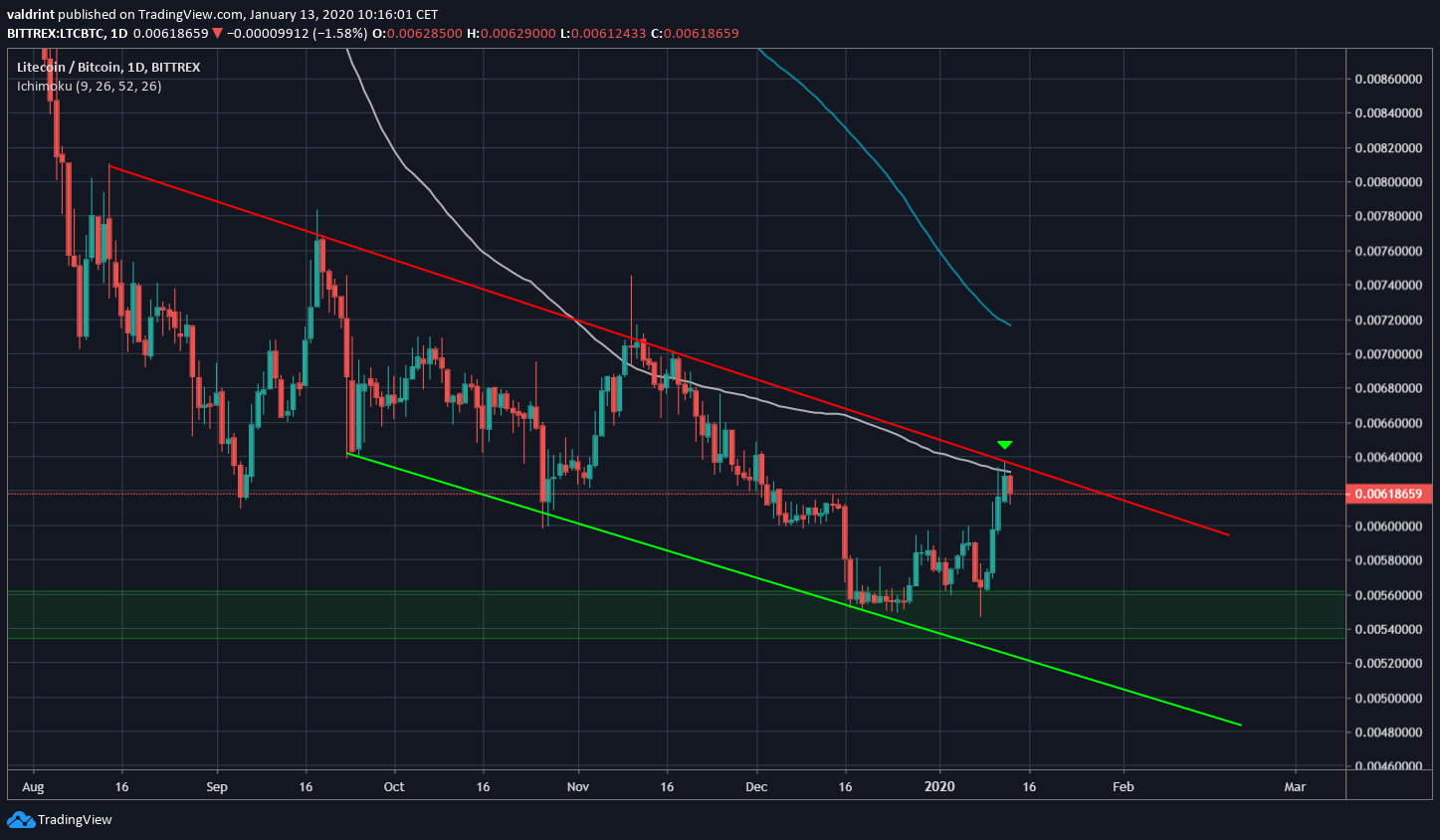 Looking closer at the movement inside the channel, we can see some bearish characteristics from the Litecoin price action near the descending resistance line.

The price has created several long upper wicks followed by a bearish engulfing candlestick. Combining this with the 100-day MA, we can assume that the price will retest the 600,000 satoshi level — which previously acted as a resistance.

The possibility for the retest of this support is strengthened by the presence of the 25-day MA, which is currently inside the support area. 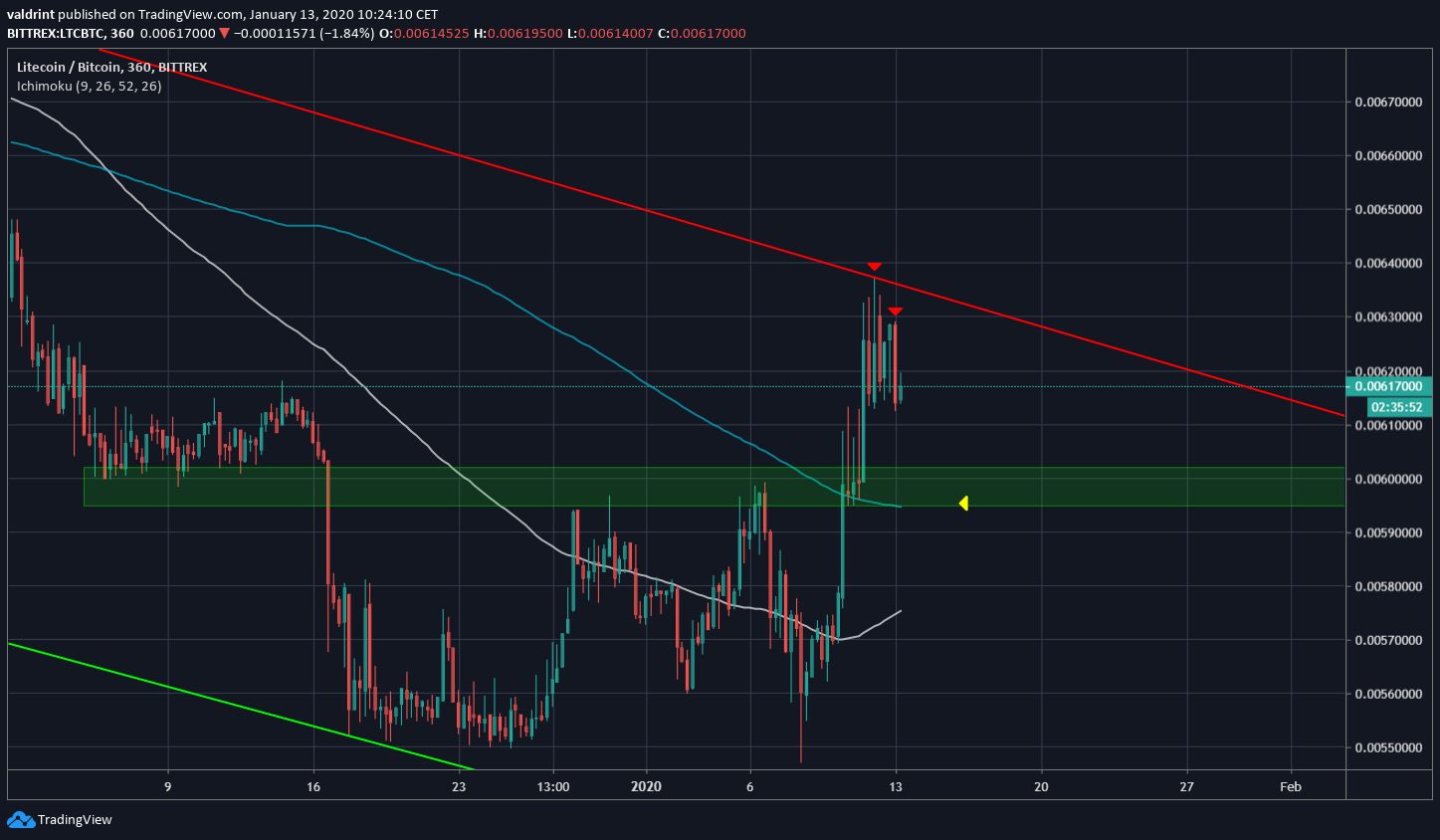 However, we still think the Litecoin price will eventually break out from the channel, mostly due to the long-term readings. If it does, it is likely to continue moving towards 705,000 and 785,000 satoshis. 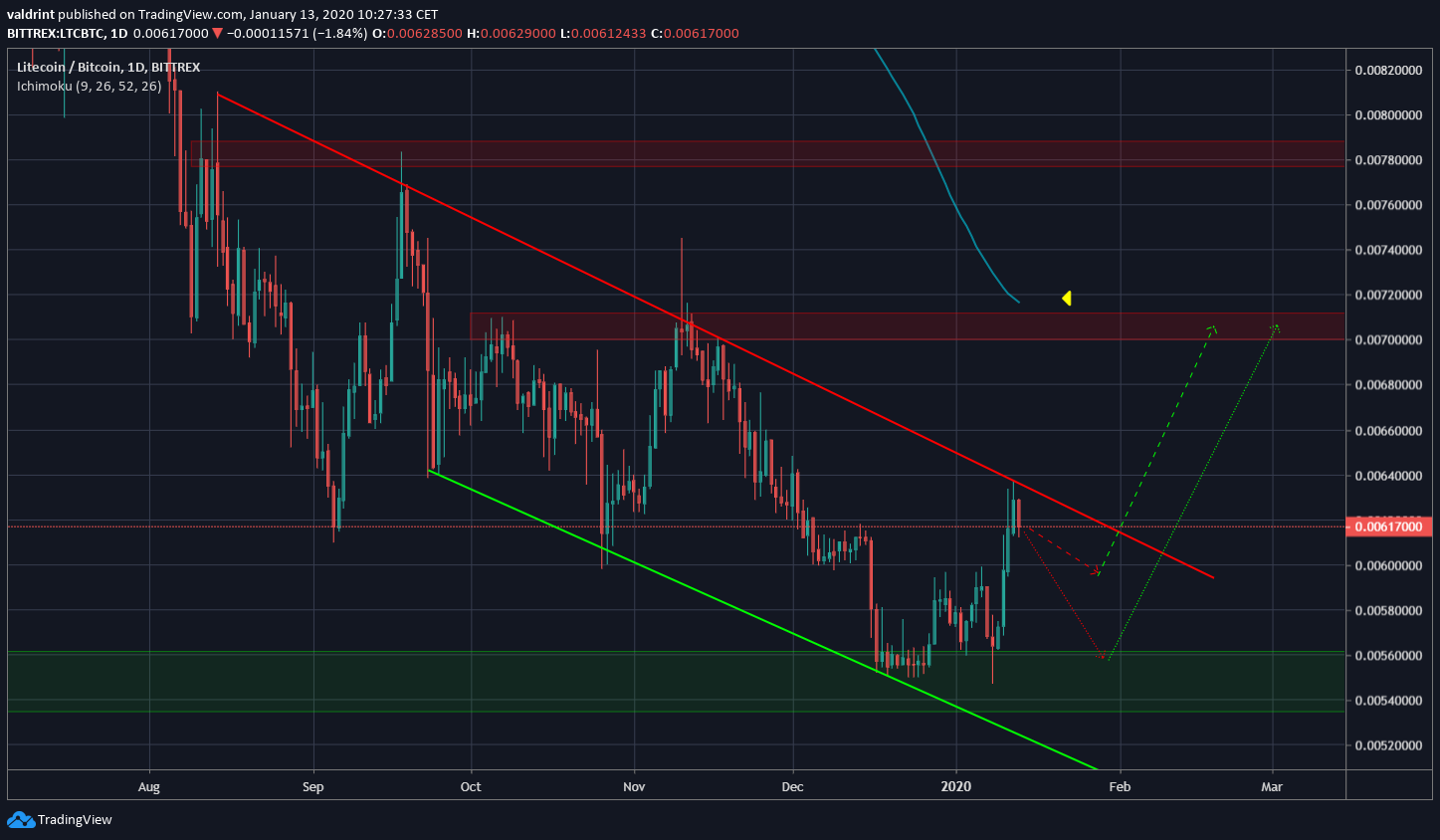 To conclude, the Litecoin price has reached a significant resistance line. While we believe it will eventually break out, a retracement could occur prior. The short- and medium-term outlooks are neutral, while the long-term one is bullish.