Numerous analysts have been hypothesizing on important Bitcoin price levels that have to be broken for the direction of the current trend to be confirmed. While the $8000 level has been broken — $7700 and $7000 have been mentioned as the next strong support levels.

Popular analyst @themooncarl recently downplayed the importance of the $7700 levels, suggesting that a break below it would not indicate that we are in a bearish trend.

If #Bitcoin breaks down below $7,700 then we are officially back in a bear market.

I don’t think that is likely at all.

However, he did not specify a time period inside which the price is likely to reach this target.

Based on Elliot wave theory, the second wave can correct up to 100 percent of the length of the first wave and still be considered a part of a larger bullish trend.

Therefore, as long as we do not make a lower low below $3200, we can still consider this a correction that is a part of a larger bullish trend. 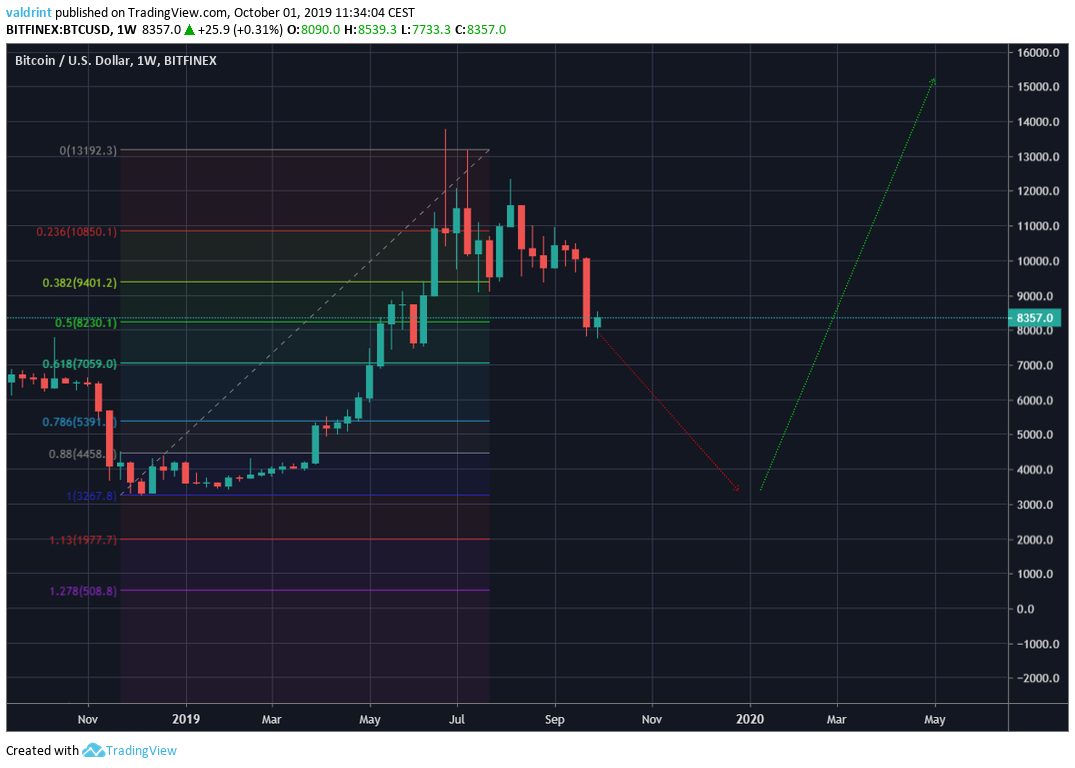 Therefore, we agree with @carlthemoon when he states that the $7700 level is not very important in determining the direction of the current trend.

Will The Target Be Reached?

For the price to reach $200,000, it would have to increase roughly 2500 percent. While that is a very significant increase, it is not unheard of — considering BTC’s past surges.

While doing such a long-term prediction is often highly inaccurate, we can use trend-lines to hypothesize about when Bitcoin might reach this target. 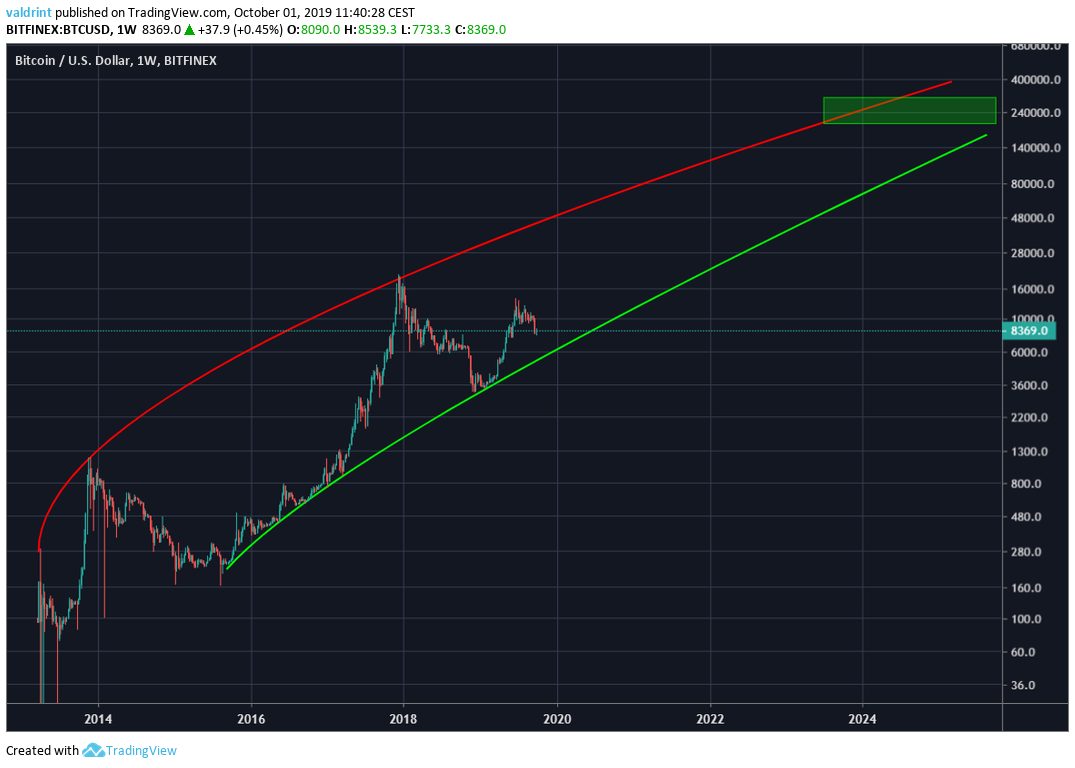 Using curved trend-lines on a logarithmic scale, we can limit the scope of possible price movement based on the previous rate of increase for Bitcoin.

Additionally, the support line is at $5500, coinciding with the 0.786 fib level in the previous section.

Do you think Bitcoin is in a bear or bull market? Do you think it will ever reach $200,000? Let us know in the comments below.