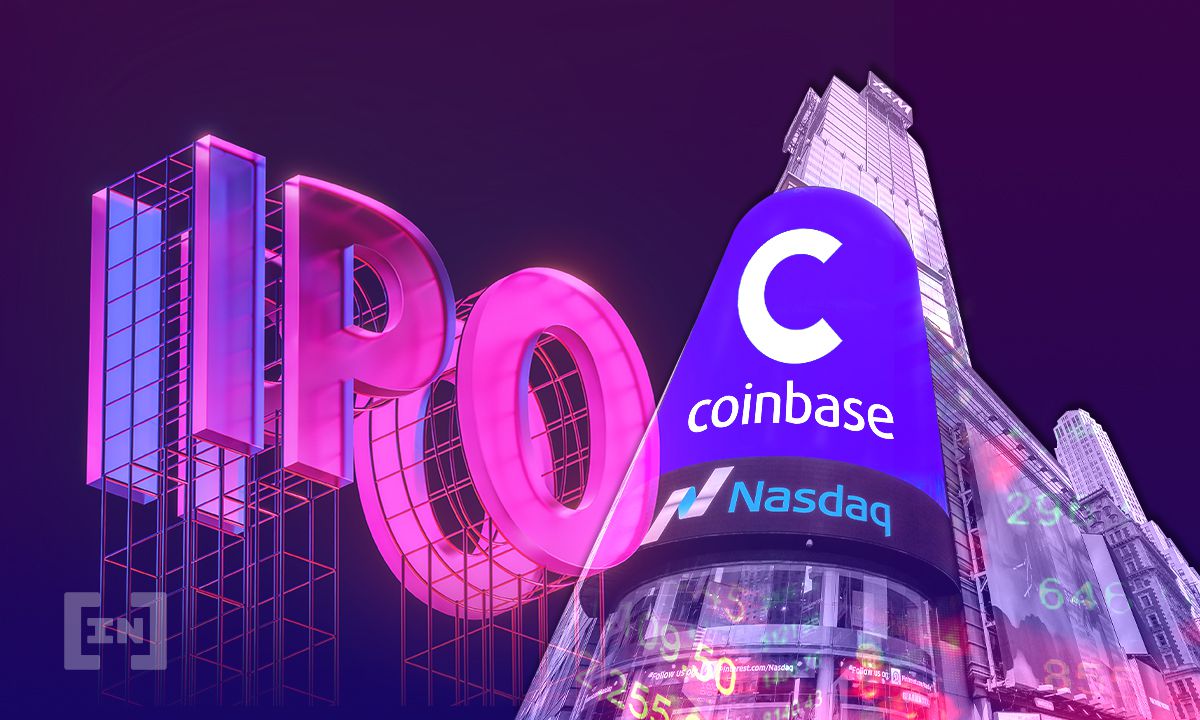 Major cryptocurrency exchange Coinbase will be conducting the first Initial Public Offering (IPO) of its kind on the 14th April, listing under the COIN ticker.

Coinbase will be the first crypto company to go public on Nasdaq after a lucrative year that saw the exchange generate over $1.8 billion in revenue. It’s one of the leading exchanges and provides the gateway for many investors looking for their first engagement with the cryptocurrency industry.

Coinbase recently revealed they have 56 million users, a staggering amount considering the size of the cryptocurrency market in comparison to more traditional financial markets.

Now, the introduction of the first crypto listing is attracting major attention from institutional buyers, with the listing and initial valuation of $100bn a hot topic of discussion in the crypto community.

In this article, we’re going to cover what an IPO is, how it affects the crypto industry and more.

What is an IPO?

Before we start, we need to understand what an IPO is.

An IPO is the first public sale of stocks that are issued by a company. Before an IPO, a company is considered private, usually funded by investors such as founders and venture capitalists.

When a company goes through an IPO, the general public is then able to buy shares and own a portion of the company. This process is known in the industry as “going public.”

However, in the case of Coinbase, they are offering a direct listing instead, which differs from an IPO in many ways.

What is a Direct Listing?

A direct listing is where a company chooses to go public by selling pre-existing shares instead of offering new ones.

The process is similar to an IPO, but instead allows employees of Coinbase to sell their existing shares on the market. These shares can be earned through salary, stock options or OTC trades.

In a direct listing, investors can sell shares without a lock-up period. This lock-up period is the length of time after an IPO during which shares cannot be sold by insiders. A direct listing also means that fees that are usually paid to investment banks through an IPO can be avoided.

There are key differences between an IPO and a direct listing that should be addressed before we move on, so let’s cover briefly them.

What’s the Difference Between an IPO and a Direct listing?

The key difference between an IPO and a direct listing is that an IPO issues new stock shares for the first time, whilst a direct listing sells existing stocks that are held by employees of a company.

In a direct listing, employees and investors of a company sell their existing stocks to the public. In an IPO, a company sells a portion of the company by issuing new stocks.

Companies that go public through a direct listing are usually not focused on raising additional capital. Instead, their focus is to capture the attention of the market and reward early investors.

How will Coinbase’s Direct Listing Affect the Industry?

Whether you’re a bull or a bear, there’s no doubt that all eyes will be on the direct listing of Coinbase on 14th April.

The industry is only gaining more attention over the past year, with more institutional buyers and more widespread adaptation entering the mainstream market.

We’re going to look at both sides, bull and bear, to see how the direct listing of Coinbase could affect the industry

Popular institutions such as Greyscale, MicroStrategy and Tesla have all paved the way for the Coinbase listing, which could reach fever pitch once the gates open.

Coinbase’s impressive revenues will attract more traditional fiat-based companies to the industry, as the market has now breached the key psychological barrier of a public listing of a crypto company.

Also, Coinbase’s revenues have shown that cryptocurrency companies can be profitable, another indicator that shows exchanges can be a worthwhile investment.

This could open the doors for more companies to adopt Cryptocurrencies in their operations by adding Bitcoin to the balance sheet, paying salaries in Crypto or offering payment for services in Crypto.

Leading cryptocurrency figures such as Changpeng Zhao, the CEO of Binance and Sam Bankman-Fried, CEO of FTX, have both come out in support of Coinbase’s listing.

Both influential figures believe Coinbase’s valuation is quite low and attractive, but are optimistic the exchange would prove skeptics wrong once it enters the market.

This bullishness is promising for the industry as a whole, and it could be a major signal that cryptocurrencies are now starting to become something to be taken seriously.

When major banking institutions alongside widely accepted trading platforms and markets introduce a crypto company, it can only be a promising upwards signal for the industry.

In fact, the prices of popular cryptocurrencies such as Bitcoin and Ethereum are approaching all-time highs in the days leading to the listing, again showing strength and belief that the Coinbase listing will be a catalyst for something bigger.

However, there has been scepticism regarding the listing, with objections to the initial listing price of $100bn and the rate of growth that Coinbase can achieve.

Their registration statement discloses that Coinbase generated 87% of revenue from trading fees from selling Bitcoin, Ethereum, and almost 50 other coins for both retail and institutional customers.

Coinbase takes a flat fee for trading on purchase and sales transactions, which is 4%.

This equates to around 0.5% fees from every transaction, which adds up when you consider it has 56m users. As the platform is especially popular with everyday investors, they may be unaware of the fees that they’re paying when compared to other exchanges.

Coinbase has often been seen as the easiest platform to enter cryptocurrencies from, so their revenues from fees are not surprising. However, this revenue growth coincided with the resurgence of the industry following Bitcoin’s rally and the emergence of Cryptocurrencies in the mainstream.

So, the question remains — How will Coinbase fare in a bear market?

When trading volume declines and other exchanges offer lower fees to further coincide with the growth of the industry, Coinbase may struggle to maintain previous results, which could lead to a decline in their stock price.

Coinbase has warned that if cryptocurrency prices, demand or volume declines, its business model could be severely affected. Also, while Coinbase has advanced security protocols, there is always the potential for cyber attacks or security breaches.

The ever-present shadow of regulatory uncertainty also remains, with Cryptocurrencies a prime target for more oversight and potential restrictions when it comes to trading and operation.

Although this is something to consider, predicting market cycles can be difficult, and with the now widespread usage of Cryptocurrencies across the planet, Coinbase may be able to retain their current valuation.

It’s easy to see why the direct listing of Coinbase is bullish for the industry — Increased exposure to traditional markets, mass media attention, increased user bases and a real, tangible asset being available for financial investors to enter the Cryptocurrency industry.

Now, the increased attention could spur other exchanges to follow suit and go public.

Following the direct listing of Coinbase, Jesse Powell, the CEO of Kraken, is considering a stock market listing next year after the crypto exchange saw record bitcoin trading volume in the first quarter of 2021.

Kraken, the third most popular exchange by trading volume behind BInance and Coinbase, is looking to raise capital through another round of fundraising, and is delaying this to evaluate how Coinbase’s IPO performs.

This could be a real signal that other exchanges are also looking at Coinbase to set the benchmark for a realistic valuation.

However, Binance, the most popular exchange worldwide in trading volumes, has no plans of going public. CZ, the CEO of Binance, has said that he is happy with the cash reserves and growth of Binance and sees no reason to disrupt this with a public offering.

One of the reasons why other exchanges aren’t following suit could be the emergence of exchange tokens such as BNB (Binance) , FTT (FTX) and KCS (Kucoin).

In the weeks approaching the direct listing, all of these coins have seen large increases in price and trading volume, with all reaching all-time-highs in the days before the listing.

Whilst the coins don’t offer a share or any ownership of part of the company, they do offer a way for users to support the ecosystem and what the exchange is offering.

With Cryptocurrency investors perhaps looking to shy away from traditional forms of ownership like shares and dividends, these new exchange tokens may prove to be a lucrative way for exchanges to allow the opportunity to be part of the growth and success of an exchange.

With the top three exchanges all currently in different positions, it can be difficult to tell what future listings will look like. If Coinbase’s listing is a success and spurs on major growth in the industry, then it’s easy to see other exchanges follow suit.

However, in the case of Binance, their market dominance could also signal that a public listing or IPO isn’t necessary for the growth or adaptation of the industry.

Whether it’s a resounding success or it doesn’t live up to expectations, it’s clear the direct listing of Coinbase can be the catalyst that the industry needs to finally enter the mainstream financial markets.

Although Bitcoin and other Cryptocurrencies may still be viewed as risky investments, more and more market leaders are starting to hold and adopt Crypto in their operations.

More good news — We now know what an IPO and a direct listing are and the difference between them.

This can help us make better decisions based on the performance of Coinbase, gauge how popular Cryptocurrencies are becoming and hopefully reap the rewards of greater exposure and interest in the industry.

Now, it’s time to sit back, relax and let the Cryptocurrency industry grow knowing it’s part of mainstream financial markets and investors, something that can be only be good in the long run.

Invested in the industry since 2017, Sean Dickens focuses on educational and informative content that simplifies the intricate world of Cryptocurrencies. He studied Journalism and Media at Birkbeck University and now writes for various Cryptocurrency publications. He enjoys trading, studying and writing about Crypto, and contributes heavily to our educational content by creating articles via our Learn section. 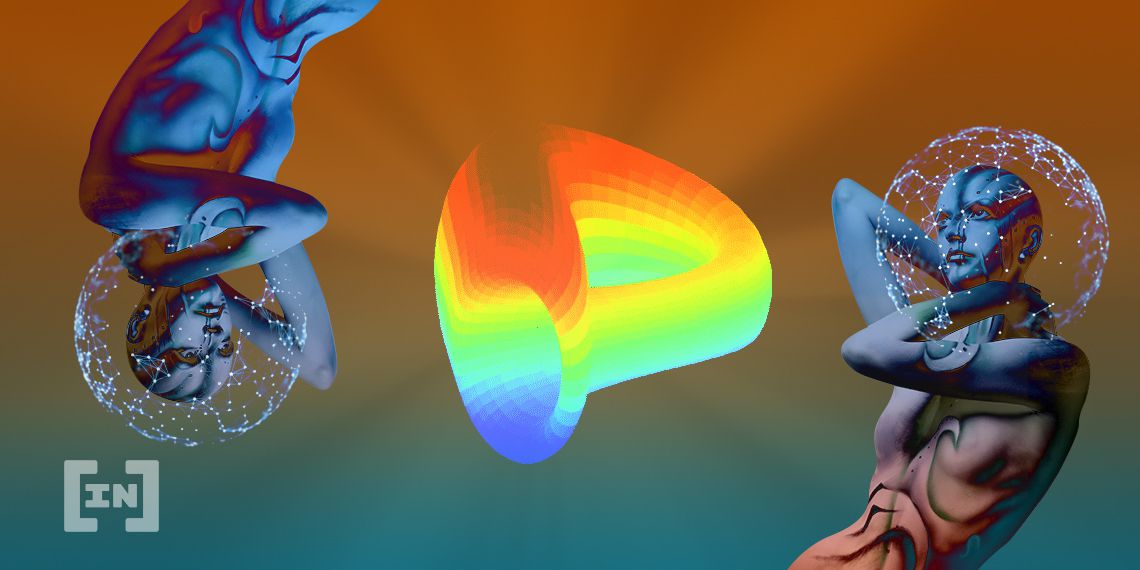 What Is Curve (CRV)?

Curve Finance is a well-known decentralized exchange. Unlike competitors such...
Beginner 1 month ago 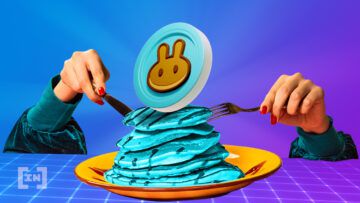 How To Use PancakeSwap: A Step-By-Step Guide

PancakeSwap, the most used decentralized application on the BSC network,...
Beginner 2 months ago
View all content