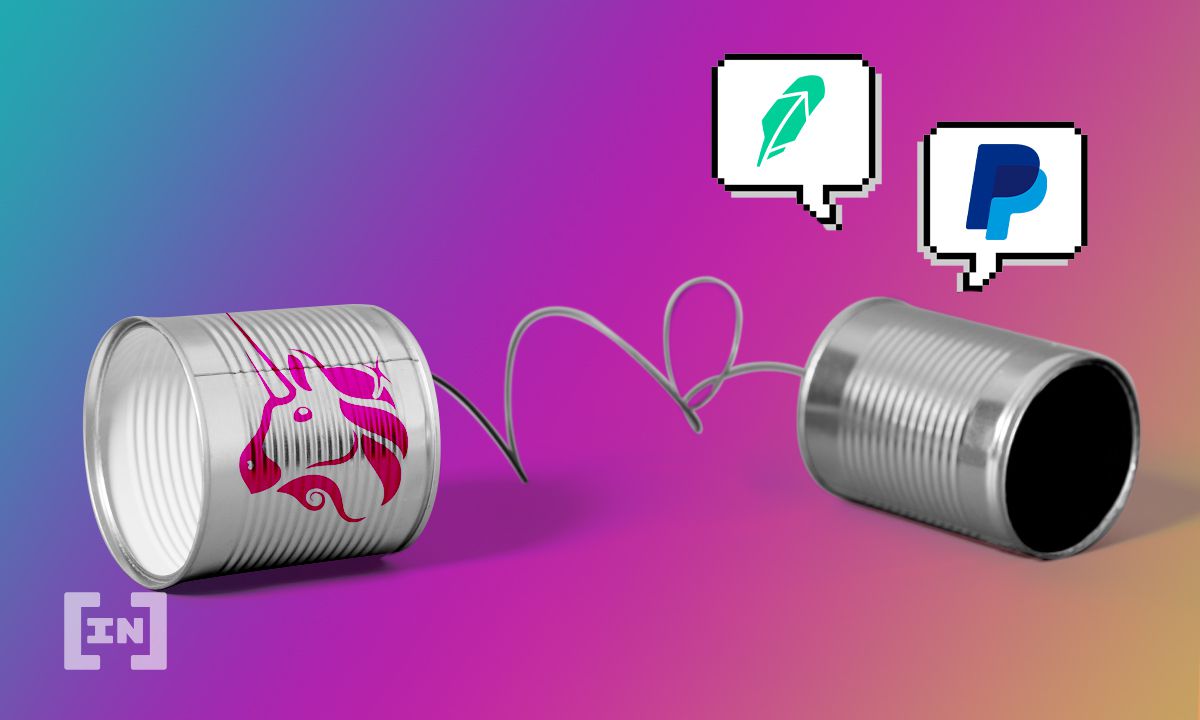 A video of a talk by the growth lead at Uniswap has hinted at possible deals in the works with major trading and payments platforms including PayPal, E*Trade, and Robinhood.

Uniswap growth lead Ashleigh Schap, took to the stage at the EthCC conference in Paris last week and a since-deleted video reveals what the world’s leading decentralized exchange could be planning.

In the video, which previously appeared on YouTube but is still available on IPFS, she stated that the protocol is in talks with major fintech firms in order to provide DeFi to the mainstream.

“To stay relevant with their user base is a huge, huge reason that all of these giants are starting to really look closely at working with something like Uniswap,”

Schap stated that Uniswap is doing a lot to work closely with these consumer financial applications like PayPal, E*Trade, and the “Robinhood’s of the world,” before adding:

“We’re trying to put Uniswap and the rest of DeFi right there in those applications that users are already using so that we can bring the dream of open, 100% uptime liquidity to the whole world,”

Citing the outages that major centralized exchanges and platforms have suffered recently, she said that these platforms need 100% uptime. “Barring a large asteroid colliding with the surface of the planet Earth, Uniswap will continue to run because its on-chain, its already deployed, and we couldn’t turn it off if we wanted to.”

Uniswap founder Hayden Adams was quick to respond to media reports surrounding the leaked video. He confirmed that Uniswap talks to a lot of fintech companies, many of which are interested in understanding DeFi. He added that the video was removed from YouTube because it may suggest that there were actual partnerships.

“We’re not partnered w/ companies mentioned in ETHCC talk. Vid deleted at our request b/c we thought could be interpreted to suggest we have relationships that we don’t.”

Earlier this month, the community expressed concern over the sale of half a million UNI tokens by a DeFi Education Fund set up by Uniswap governance.

Uniswap’s native UNI token has remained flat on the day. At the time of press, UNI was trading at a touch below $19 according to CoinGecko.

It has made gains during the crypto market rebound this week with 13% added since the same time last week. However, the token has been crushed 58% since its May 3 peak of a little under $45.

The total value locked on the DEX is currently $11.35 billion, positioning it at the top of the DeFi TVL charts according to DappRadar.