The co-founder of WikiLeaks, Julian Assange, has been arrested at the Ecuadorian embassy in London. Wikileaks is accepting Bitcoin

Just a day after WikiLeaks said it uncovered an extensive spying operation against its co-founder Julian Assange, British authorities have officially arrested him. Ecuador’s President, Lenin Moreno, has decided to withdraw Assange’s asylum status in the Ecuadorian embassy after seven years.

The grounds for his arrest was that he was “interfering in the internal affairs of other states” while being housed in the embassy. Due to this, Assange’s asylum is “unsustainable and no longer viable.”

Assange was apprehended by the British Metropolitan Police Service this morning. He will be facing trial within the UK.

UK’s Foreign Secretary Jeremy Hunt applauded the move, which has been met with much criticism. Many are calling the expulsion of Assange “illegal.” In a tweet, Hunt said that “Assange is no hero and no one is above the law.”

Julian Assange is no hero and no one is above the law. He has hidden from the truth for years. Thank you Ecuador and President @Lenin Moreno for your cooperation with @foreignoffice to ensure Assange faces justice

Assange’s organization, WikiLeaks, has been responsible for many high-profile intelligence leaks since 2006. In 2010, the organization came to international attention when it published a series of leaks brought forth by former U.S. army soldier Chelsea Manning showing potential acts of war crimes in Iraq. Wikileaks also received widespread media coverage for its leaks during the 2016 U.S. Presidential election when it made public Hillary Clinton’s private emails.

Assange had been fighting against extradition into the U.S., where he feared he would be tried in a ‘kangaroo court’ due to his leaks. He has been holed up in the embassy of Ecuador, under asylum, since August 2012.

It is still unclear what charges will be put forth against him. 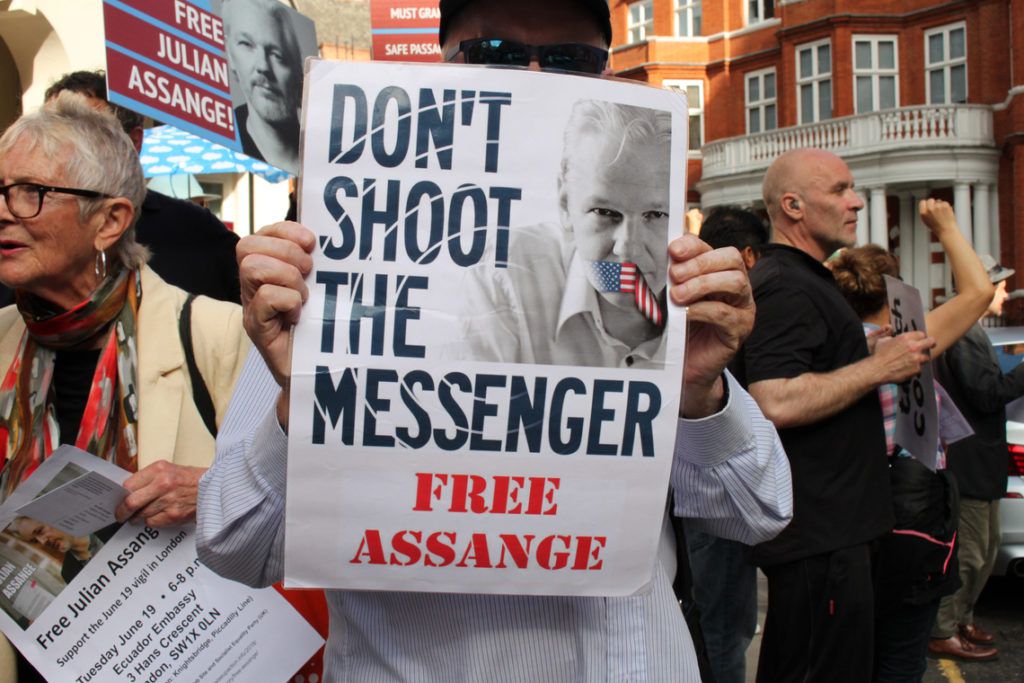 In response to the surprise raid and arrest this morning of Assange, Wikileaks is asking for donations to its official Defense Fund. WikiLeaks is best known as being quite cryptocurrency-friendly, offering donation options in both Bitcoin (BTC) and Zcash (ZEC). Assange has previously been outspoken about his support for cryptocurrencies, seeing their decentralized model as a means of circumventing government control.

This is exactly what Bitcoin was designed to do. WikiLeaks used it to beat the (illegal) blockade against us also, starting in 2011. https://t.co/op14R2EEoC

Although the Wikileaks Defense Fund’s donations are generally used to build support for their information-gathering efforts, one should assume that much of the fund will now go towards covering Assange’s criminal case.

Should the cryptocurrency community find a natural ally in Assange and Wikileaks? Let us know your thoughts below.

90 Percent of Cryptocurrency Firms May Be Bankrupt in Six Months: Swiss Blockchain Federation
#Companies News 4 weeks ago
Up Next
You Can Now Own Tokenized Shares of SpaceX Stock
Industry 1 year ago
Related News