How Do Bitcoin Trading Bots Initiate a Buy or Sell Signal?

There are several methods traders use to initiate buy and sell signals.

They are divided into pre- and post-breakout/breakdown techniques.

While some traders use momentum indicators to identify moves before they happen, others wait for confirmation before initiating a trade. Both methods have their drawbacks and advantages.

One other trading system that has recently become more popular is the use of trading bots. These are bots programmed with a certain code that identifies a defined set of indicators and/or price movements in order to pinpoint a profitable trade.

Crypto trader @cryptogainz1 identified a potential buy signal created from his bot for the price of Bitcoin.

However, the bot did not specify a target for this possible upward move.

Looking at the chart above, we can see that it is likely that the trade will remain open until the bot issues a sell signal.

The chart also shows previous trades, from which we can see that this is likely a scalp (short-term trade) with the goal of gaining a few percentage points of profits.

Judging by its past performance, it is possible that the bot will issue a sell signal today or tomorrow.

What Triggered The Buy Signal? 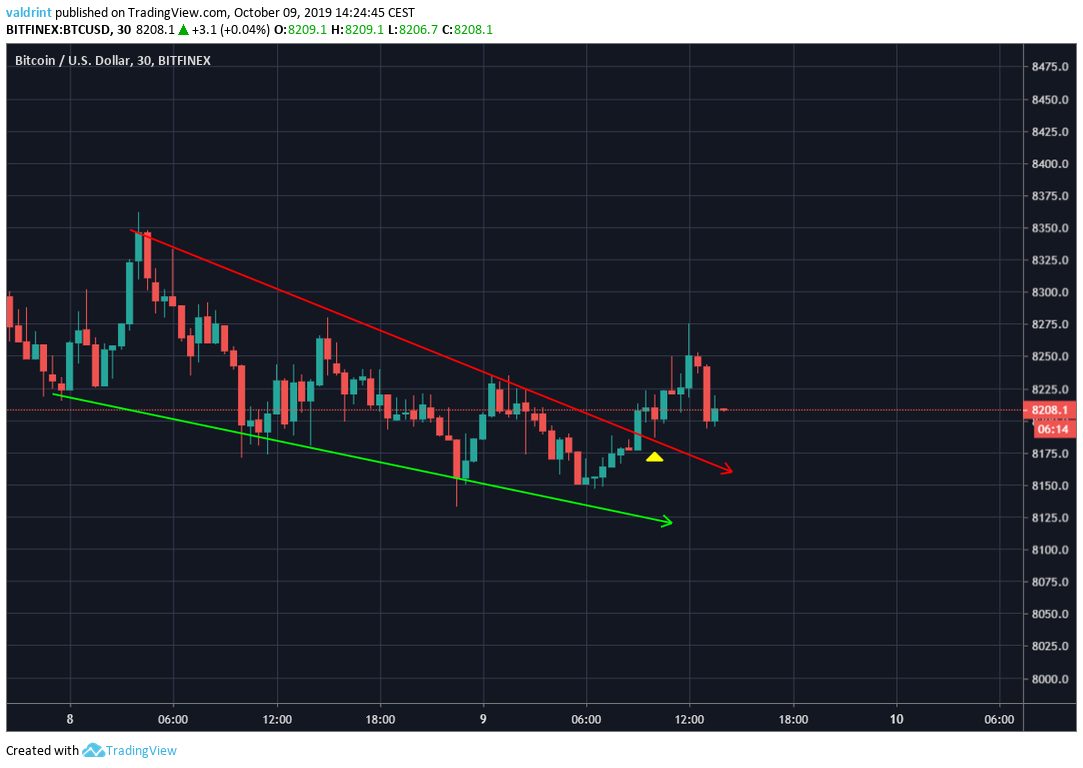 Therefore, after a breakout from the wedge/channel, the Bitcoin price returned to validate the previous resistance line. This likely initiated the buy signal.

Comparing it to buying pre-breakout, it offers a lower risk of losing money but also a lower potential profit, since we are likely initiating a trade at a higher-than-pre-breakout price.

Looking at the 15-minute moving averages (MA), we can see that the signal was triggered shortly after the 10- and 20-period MAs made a bullish cross. 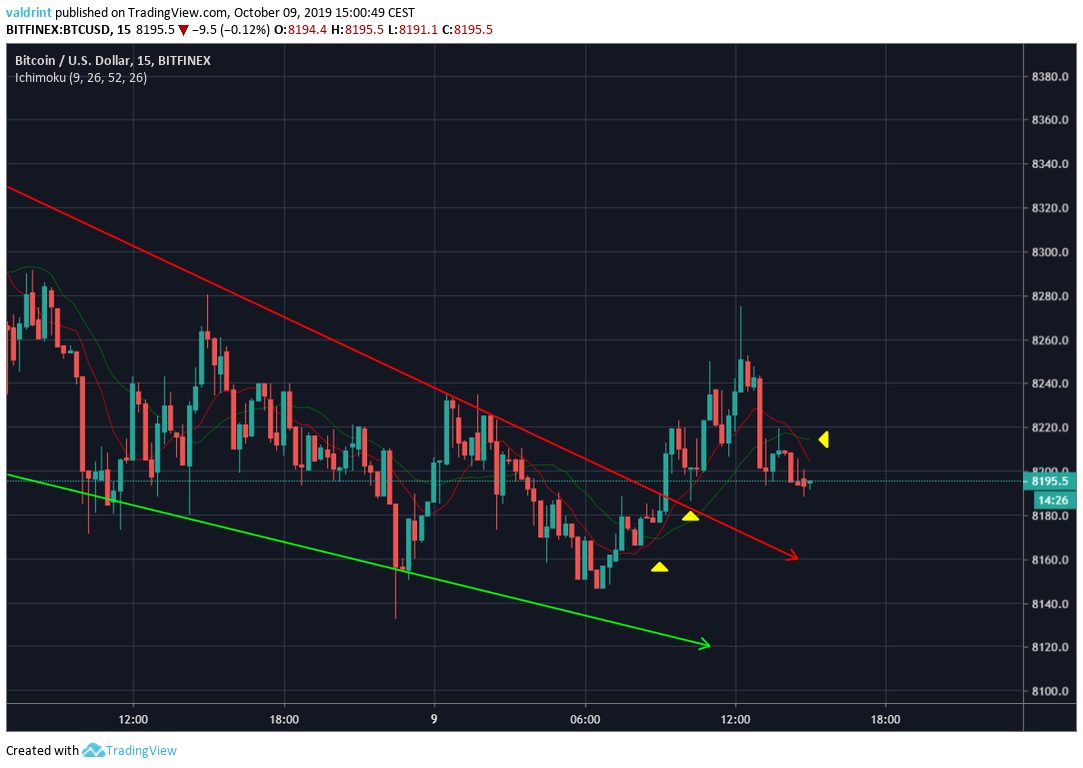 However, the same MAs just made a bearish cross and, as of the time of writing, the bot has yet to issue a sell signal.

Therefore, while it is possible that the bot uses moving average and decisive moves outside of a trading pattern in order to create a signal, we do not yet have confirmation that it does so.

Future signals will likely confirm or reject our hypothesis.

When do you think the bot will issue a sell signal? What indicators does the bot use to initiate a Bitcoin trade? Let us know your thoughts in the comments below.