Hong Kong anti-government protesters plan to empty their bank accounts in the latest escalation of the ongoing civil unrest on the island. The action was officially scheduled for today but there is evidence suggesting that protesters have been making large withdrawals over the past few days.

The bank run was proposed by a Hong Kong student and has been dubbed ‘Cashout HKD to USD.’ The goal is to put sufficient pressure on the banks to force more leniency from both Beijing and the Hong Kong governments towards the pro-democracy protesters’ demands. 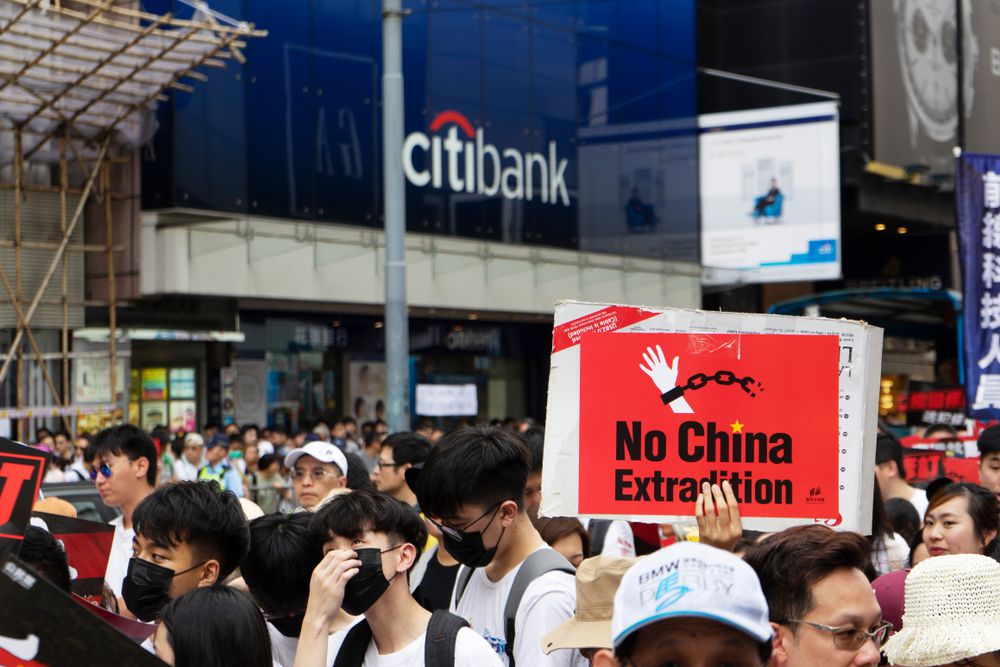 According to a report cited in Business Insider, the student claims that more than HK$70 million (over $8.8 million) has been withdrawn prior to the official day of the bank run. However, this claim cannot be verified.

Today, Hong Kong’s version of Reddit, LIHKG, featured numerous photographs of large piles of hard cash withdrawn from banks, as well as ATMs claiming to have run out of money. A Telegram channel dedicated to the bank run also boasts around 1,500 members.

Business Insider speculates that the action began early to maximize its effectiveness. Daily withdrawal limits mean that each citizen can only take withdraw a maximum of $20,000 or every 24 hours. However, there is a strong case to be made that people are withdrawing what they can prior to the bank run out of fear that the action itself may force banks to adopt more stringent limits on withdrawals or stop them altogether.

LIHKG also features posts fearful for the future of the Hong Kong dollar relative to other national currencies. Users of the platform raised the threat of military action from China, an unpegging of the HK dollar from the U.S. dollar, and a potential outflow of foreign capital as reasons for concern over the currency. One post reads:

“If you want to protect yourself, you must first convert most of the assets … in order to maintain value in US dollars or other reliable foreign currency.”

If the fears are founded, a rapidly devaluing Hong Kong dollar could make alternative store-of-value assets attractive for citizens wanting to protect their wealth. Although the U.S. dollar will likely be the main beneficiary of any such exodus of capital from the nation, it seems likely that some will favor Bitcoin

BUY NOW as a hedge against both fiat currencies.

The Hong Kong bank run is the second protest action this year that has used the same tactics. The previous was instigated by the French Yellow Vest anti-government protesters in January. Since there were no reports of a French banking meltdown, we must presume that their bank run was not backed by enough people to seriously threaten the stability of the nation’s financial institutions.

If the anecdotal evidence is accurate and more huge sums of money continue to be withdrawn from Hong Kong banks, this run may prove to be successful in applying the necessary pressure on government officials.

Do you think the Hong Kong bank run will be successful? Will Bitcoin see an influx on capital from the nation as a result?

90 Percent of Cryptocurrency Firms May Be Bankrupt in Six Months: Swiss Blockchain Federation
#Companies News 1 month ago
Up Next
European Central Bank Website Hack Exposes yet Another Fatal Flaw in the Traditional Banking System
Companies News 10 months ago
Related News