From Bittorent to Tron: The History of Peer-to-Peer Networks

In Aug 2018, Tron acquired the BitTorrent

BUY NOW Foundation. It has since announced its intention to release the Bittoret Token (BTT). Despite negative comments from former employees of the BitTorrent Foundation, this may be an important development in the history of peer-to-peer (P2P) networks.

BUY NOW) use peer-to-peer (P2P) networks to accomplish a number of things. P2P networks, however, did not begin with Bitcoin or other cryptoassets. They began as platforms for sharing file sharing.

In August 1988, the Internet Relay Chat (IRC) was developed as one of the first peer-to-peer (P2P) networks built for sharing text and chatting.

Similar P2P networks developed throughout the next decade.

On June 1, 1999, Napster allowed the sharing of music on its own centralized P2P network.

Over the next several years, three generations of P2P media file sharing services evolved. Together, they paved the way for other P2P networks, including the Bitcoin network, which was released on Jan 3, 2009. 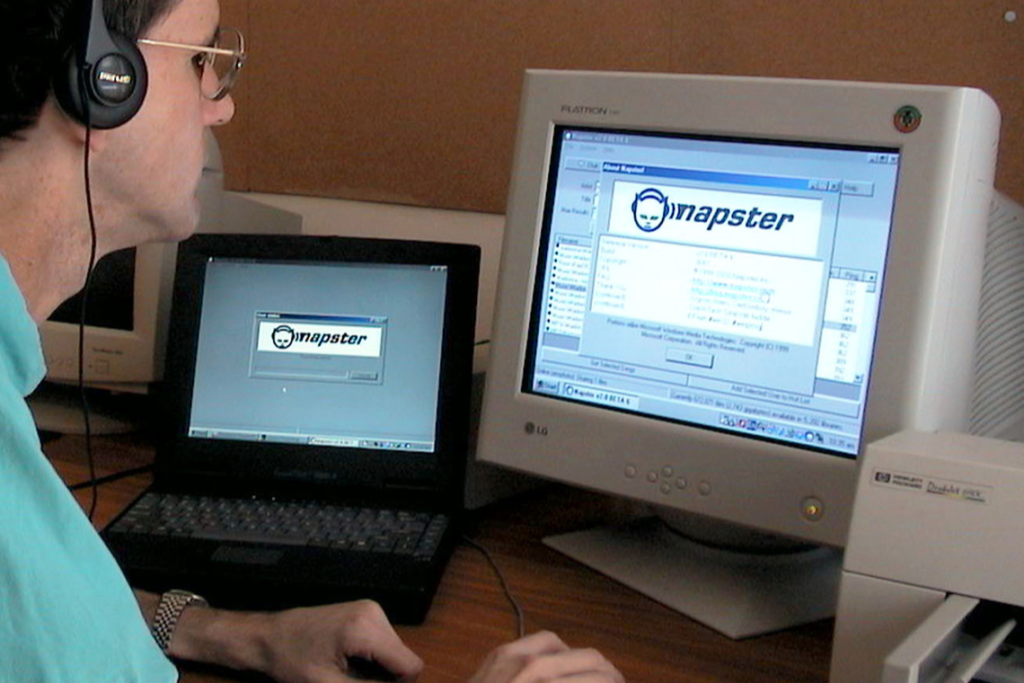 Napster pioneered P2P media sharing by expanding upon traditional text files used by IRC and similar networks. It hosted a centralized server in which individuals could share media files with other users.

Of course, this meant less profit for the record companies and music artists. With Napster, one person could buy an album, upload it on his or her computer, and then share those files to everyone else on the Napster network. After lawsuits from Metallica, Dr. Dre, and others, an injunction was filed against Napster on Mar 5, 2001, preventing P2P sharing of copyrighted music.

Because Napster was hosted on a centralized server, there were authorities over the network. These authorities were responsible for halting what some have considered ‘piracy’ on the network.

The second generation removed centralized servers and allowed file-sharing across a decentralized network. Bittorent emerged as a second-generation alternative to Napster alongside Kazaa, Limewire, and others. Decentralization remains an important feature of cryptocurrencies and cryptoassets. Bitcoin was designed with the ideal of decentralization in mind.

Limewire was the first P2P software I ever used.

To be honest, I was too young to understand the concept of P2P or why it was important.

Now, as I have immersed myself in a world of P2P currencies, I see the importance of Limewire, beyond downloading music for free.

In Aug 2018, Tron acquired the company which monitors and maintains the Bittorent protocol. At least five employees subsequently left the company. Several were fired; others left voluntarily. Bittorent, originally second-generation file-sharing P2P network may soon emerge as a third-generation cryptoasset.

One of the most influential implementations of a darknet P2P network was Freenet — initially released in early 2000. 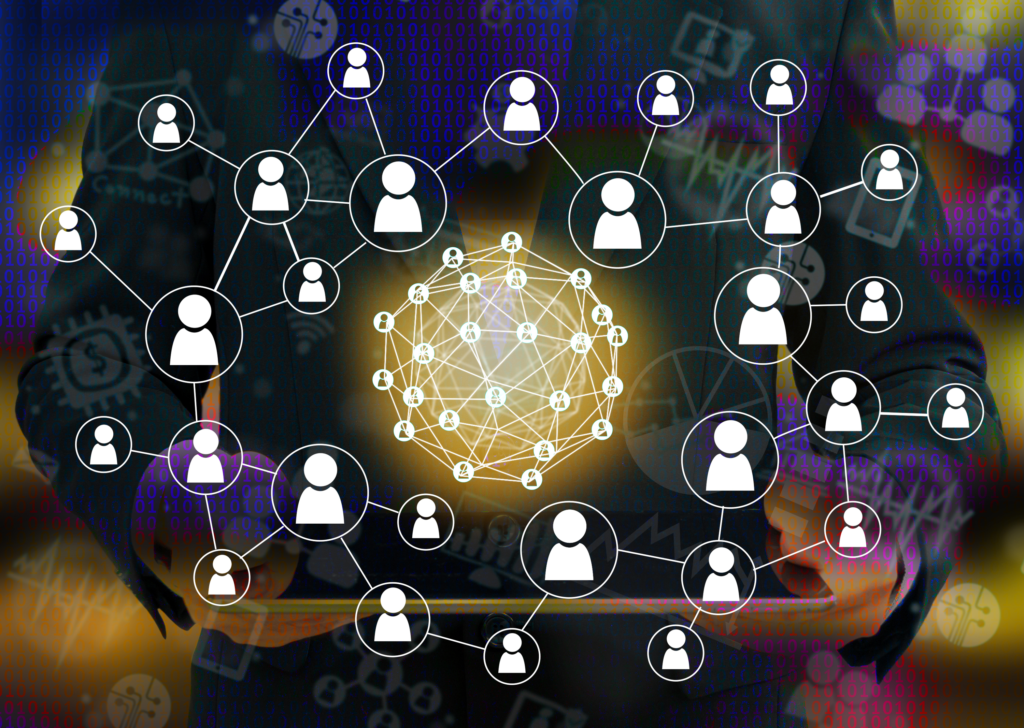 Since its release, other similar cryptocurrencies like Litecoin have been released. The blockchain allows bitcoins and litecoins to be sent and received from one person to another without banks or financial institutions acting an intermediary.

Currently, first-generation cryptocurrencies have only been partially adopted within society. Few places accept BTC as currency, though the number is growing. As well, with second and third generation cryptoassets, the focus on currency has shifted so that P2P networks using unique coins and tokens can be used for other purposes.

Second-generation blockchain technology evolved to include smart contracts. These protocols allow contracts to be completed and enforced without the need for human intervention. While they can still be used as currency, they also allow decentralized applications to be created with their own tokens.

Ethereum, released in 2013, was the first smart-contract based cryptoasset for mainstream usage. Others have since developed, including NEO

BUY NOW, Tron and many more. While these coins and tokens can be used as currency within their respective networks, they all include platforms for writing smart contracts and building decentralized applications.

These apps can be programmed using smart contracts to accomplish nearly anything an app can accomplish. There are already dApps developed to replace YouTube, Wikipedia, traditional news sites, Amazon, and much more.

Tron has announced the Bittorent Token (BTT) Initial Token Offering. It is being built on the Tron blockchain with an expected total of 990 billion tokens. Little else is known about this token. Former Chief Strategy Officer (CSO) of BitTorrent until July 2018 states that Tron will not be able to handle the normal volume of BitTorrent transactions. However, this may not be true if BTT is built using innovations in blockchain technology including amended or undeveloped consensus algorithms, implementation of sidechains, or technologies similar to Bitcoin’s lightning network

If you've been paying any attention to Bitcoin in the last few years, you have undoubtedly heard the term "Lightning... More. This is just a preliminary list, and there are technologies that may be released by Tron and integrated with BTT that do not yet exist and cannot be conceptualized. 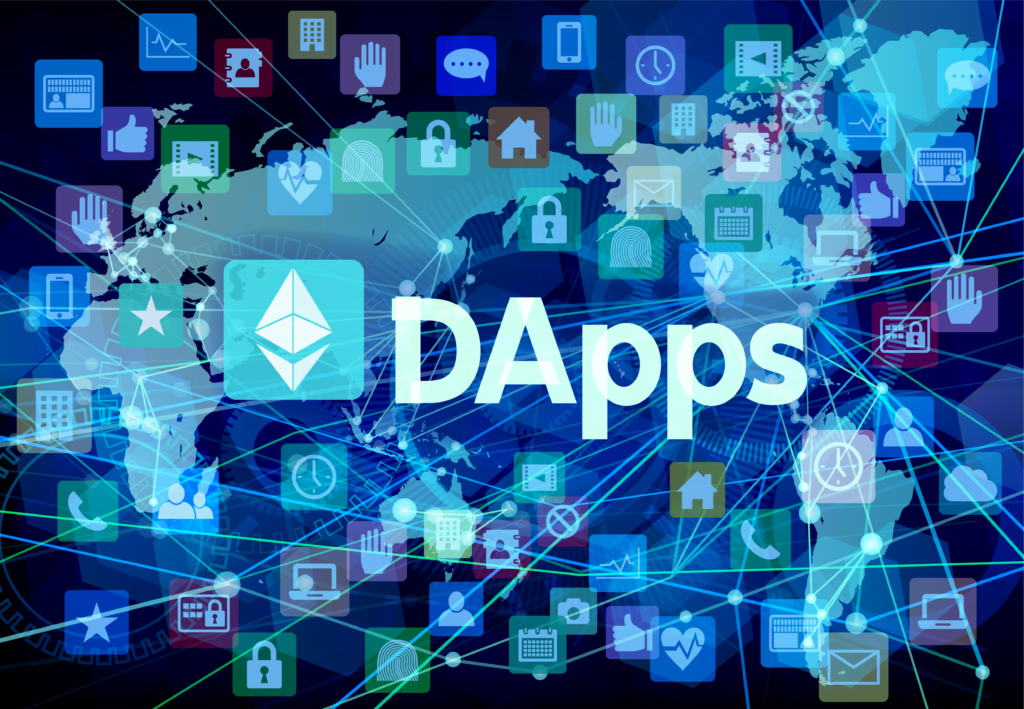 Text-based file-sharing P2P networks foreshadowed the nearly two decades of file-sharing that has led to blockchain-based decentralized applications programmed by smart contracts. Tron’s acquisition of BitTorrent marks an important moment in the evolution of P2P networks. It brings the technology of the past into the future and poses an interesting possibility for file-sharing with the yet-to-be-released BitTorrent Token.

[bctt tweet=”P2P networks may be considered one of the most important developments in computer technology. If P2P networks have evolved this far, new innovations are likely to evolve in the future.” username=”beincrypto”]

What do you think P2P networks will look like ten years from now? Let us know your thoughts in the comments below!