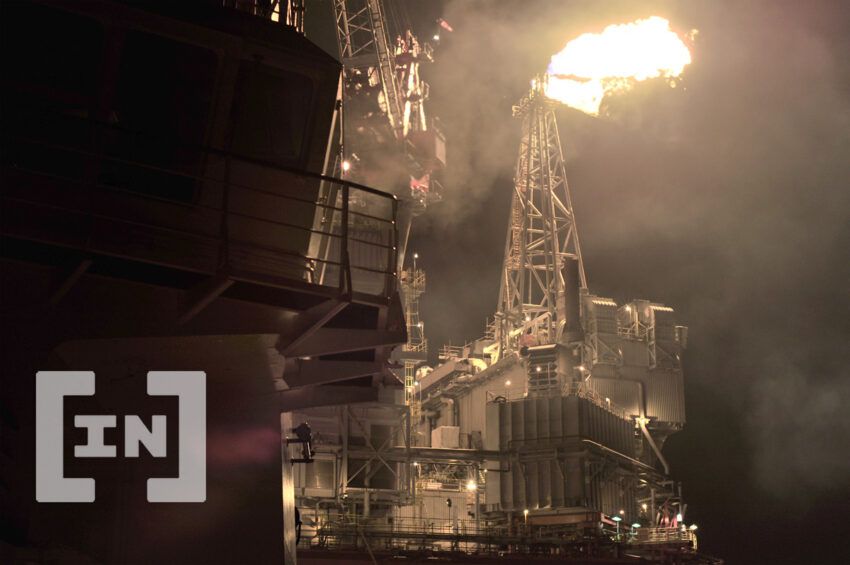 In partnership with Crusoe Energy Systems, the oil giant has been using gas from the Bakken shale basin in North Dakota to fuel mobile generators powering Bitcoin mining servers.

The pilot project launched in January 2021 and later expanded in July, with other prospects including Alaska, the Qua Iboe Terminal in Nigeria, Argentina’s Vaca Muerta shale field, Guyana and Germany.

Senator Ted Cruz has advocated for crypto mining to be powered by gas flaring in Texas, where 50% of gas flaring in the U.S. occurs. Crypto miners convened with the state’s oil and gas executives at a summit in Sept.

Crusoe owns 20 portable engines permitted for use in North Dakota, of which 11 have seen service, according to the North Dakota Department of Environmental Quality. The energy start-up will also provide similar services for Equinor ASA and Devon Energy Corp.

The 18 million cubic feet of gas used per month in the pilot project would otherwise have been burned off as waste, in a process known as gas flaring.

According to one expert, roughly 90% of the gas produced in North Dakota makes its way into pipelines to power plants and elsewhere, consequently the rest is flared.

While oil and gas producers have been under increasing pressure to reduce the amount of gas they flare, as part of greater sustainability efforts, cryptocurrency mining has provided a way for the excess energy to be utilized effectively.

Exxon anticipates end to flaring by 2030

She added that Exxon anticipates meeting the World Bank’s call to end routine flaring by 2030. However, she neglected to comment on “rumors and speculations regarding the pilot project.”