China’s Ministry of Industry has been releasing its rankings of cryptocurrency projects for quite some time, having released a total of 14 versions of the rankings. In the most recent version, EOS was on top of the list, followed by TRON and Ethereum.

The projects are ranked in three categories;

Previously, it is likely that these lists have been ignored. However, with the recent endorsement of blockchain technology and cryptocurrencies by President Xi, these rankings might have an actual impact on the market.

Many investors are paying close attention to the news coming from China perceiving it as the future leader of the blockchain industry. This is also visible with the large funding done by local Chinese governments for blockchain-related projects.

Crypto trader Daniel Larimer (@bitemaster7) posted the full list of the project rankings in the tweet below:

No #Cardano? No surprise there. pic.twitter.com/sk0VMeAx8o

EOS ranks first in the “Basic-Tech” category and second in “Creativity,” trailing only Ethereum.

Let’s take a look at the technical outlook and see if it affirms its leading position.

Short Summary: The technical outlook for EOS looks bullish, especially is it breaks out above the resistance outlined below.

The EOS price has been decreasing since May 31, when it reached a high of $8.65.

It reached the $2.80 support area and created a double bottom, which is considered a bullish pattern.

Afterward, it moved above the peak between the bottoms then came back to validate it as support. 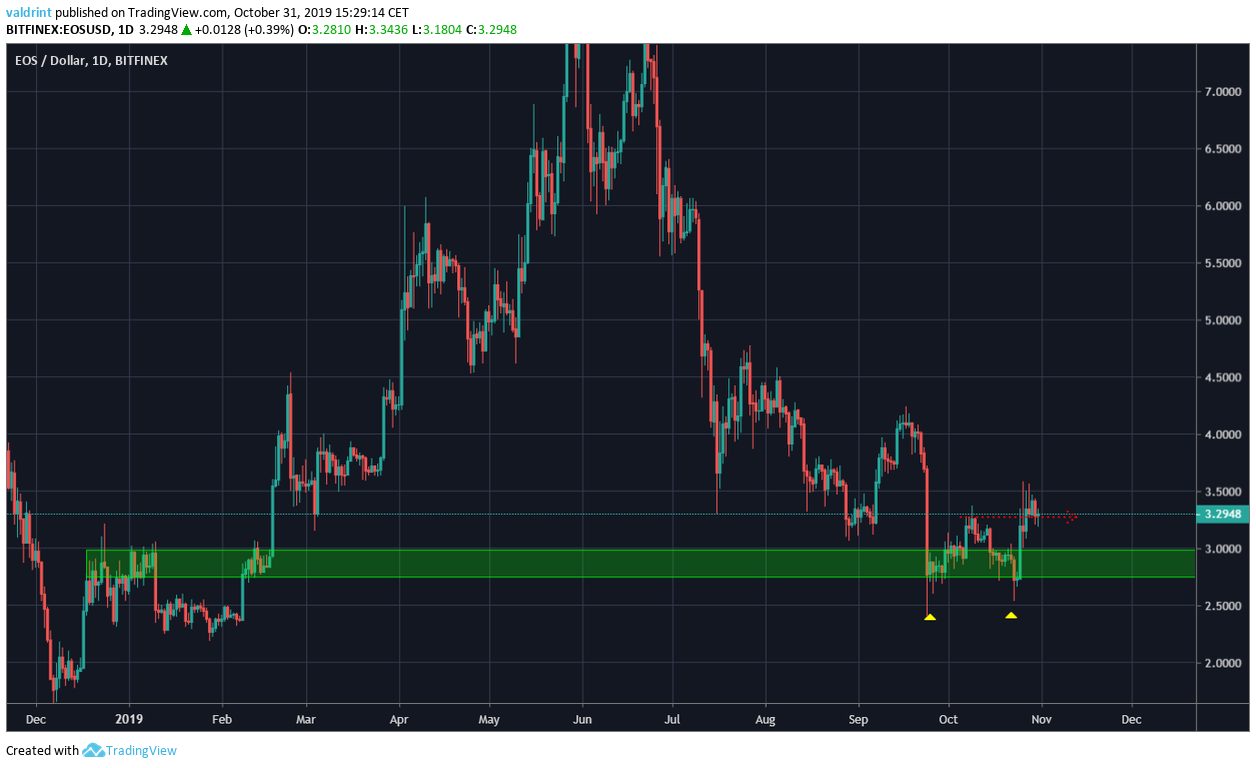 Both momentum indicators, the RSI and the MACD support further upward movement.

The double bottom was combined with a bullish divergence in both and the latter has moved into positive territory.

A breakout above the current descending resistance line would confirm this upward movement.

If not, it is possible that the price decreases to the support area and creates a triple bottom. 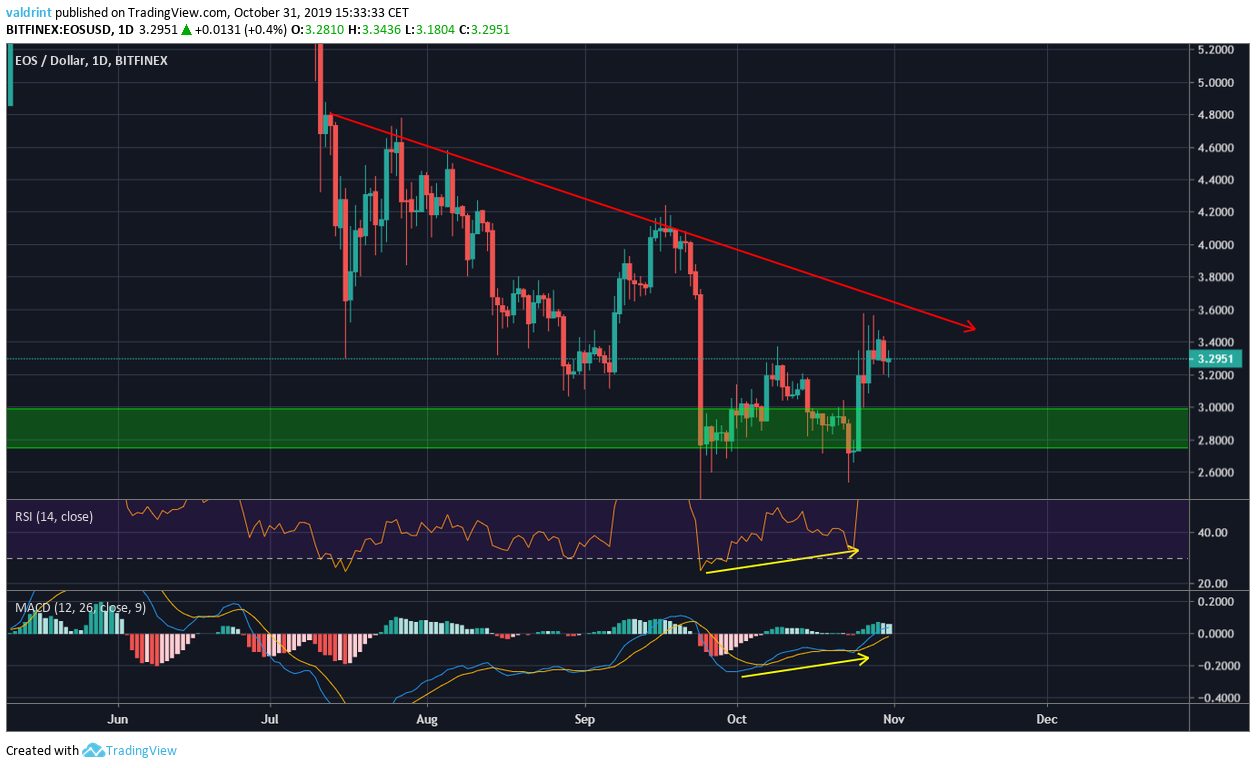