While Dogecoin (DOGE) initially began as a joke, it eventually created a loyal following and has often been inside the top 30 coins ranked by market capitalization. Its price movement has been characterized by rapid upward or downward moves of a very large magnitude.

Some speculators believe Dogecoin will be the one to initiate “altseason” since, previously, it has been the first altcoin to post significant increases.

October ended in a positive note for Dogecoin, since Binance announced on October 24 that it will add the DOGE/USD pair to the exchange. Since then, the price has been increasing — though not necessarily because of the announcement.

The Dogecoin price looks to have made a bottom and is in the first stages of a new market cycle. A breakout above the 200-day moving average (MA) would confirm the uptrend.

Cryptocurrency trader @cryptowhitewalk stated that the DOGE price might fall to around 9-11 satoshis before initiating a pump. Additionally, the account outlined the length of every single market cycle until now. (The current one has been the longest.)

Let’s take a closer look at the Dogecoin price movement and see where it might end.

$DOGE
I've mentioned few months back that I want to see single digits for doge maybe around 9-11
chance is still there (however, WEAK) before the annual pump which starts in late December'19 pic.twitter.com/efEPfrIq9n

In the first week of September, the Dogecoin price reached a low of 23 satoshis. This low was combined with an oversold RSI value. Soon after, a bullish cross in the MACD followed. Therefore, it is entirely possible that a new market cycle began with the 23 satoshi low in September. This invalidates the possibility of reaching 9-11 satoshis — an all-time low in price. 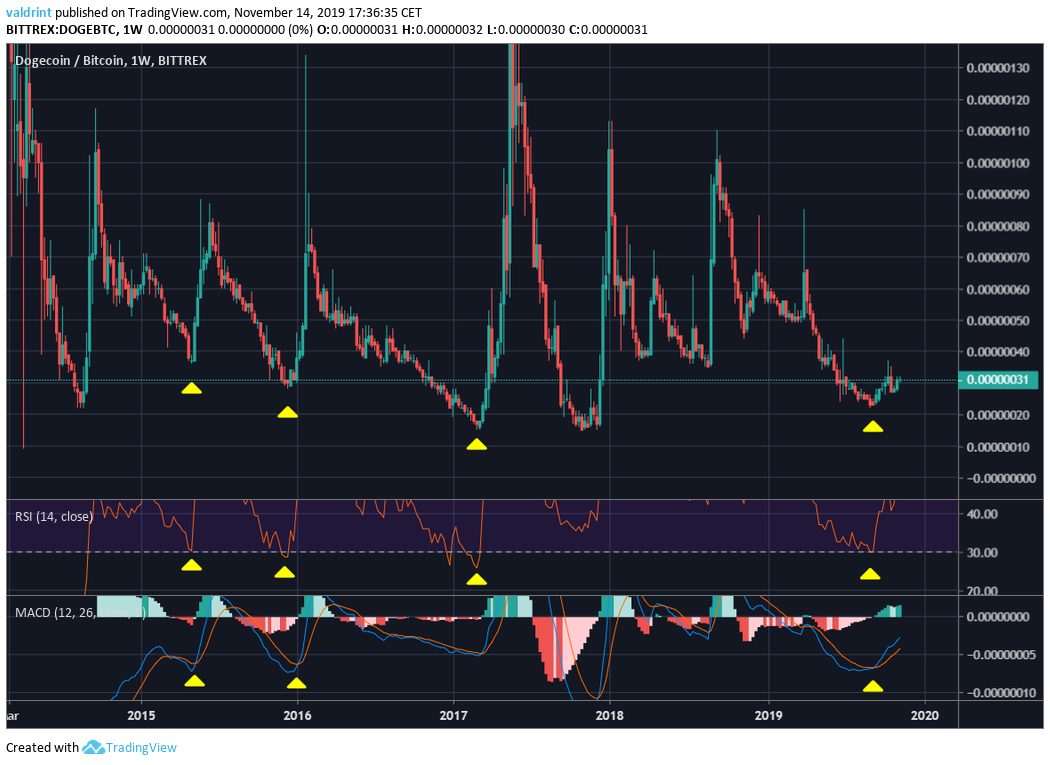 The Dogecoin price has been following a descending resistance line since May. Due to the presence of numerous wicks, the exact slope is hard to pinpoint.

The price finally broke out above the 100-day MA on September 24 and validated it as support afterward. Currently, it is attempting to move above the 200-day MA. A breakout above it and the descending resistance line would likely confirm the uptrend and beginning of the new cycle. 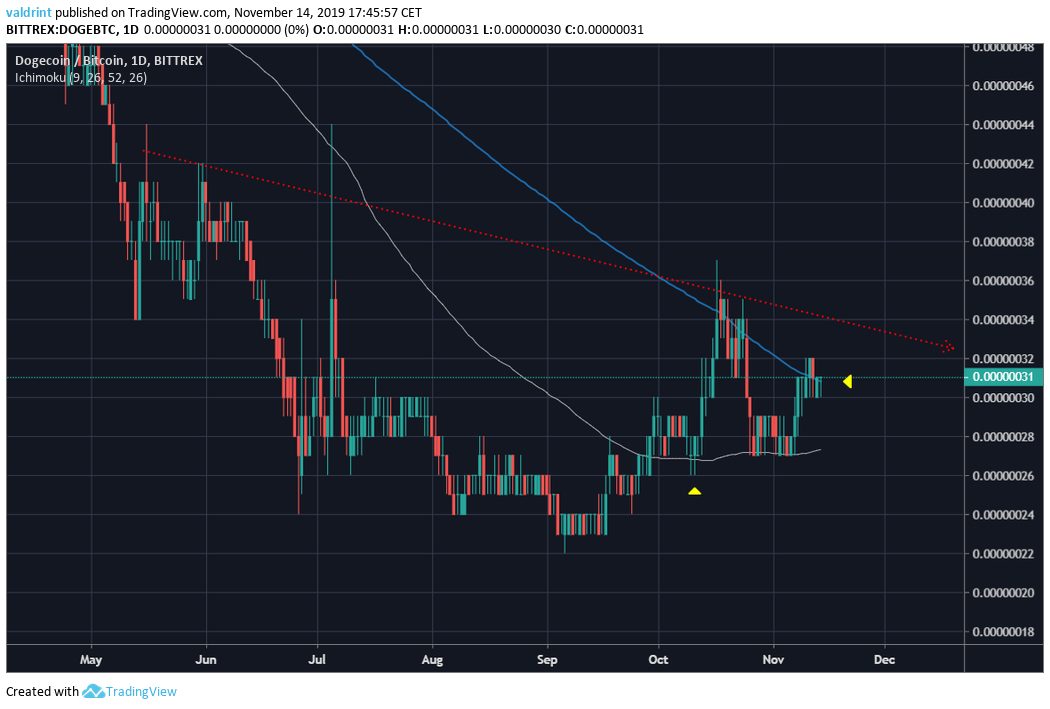