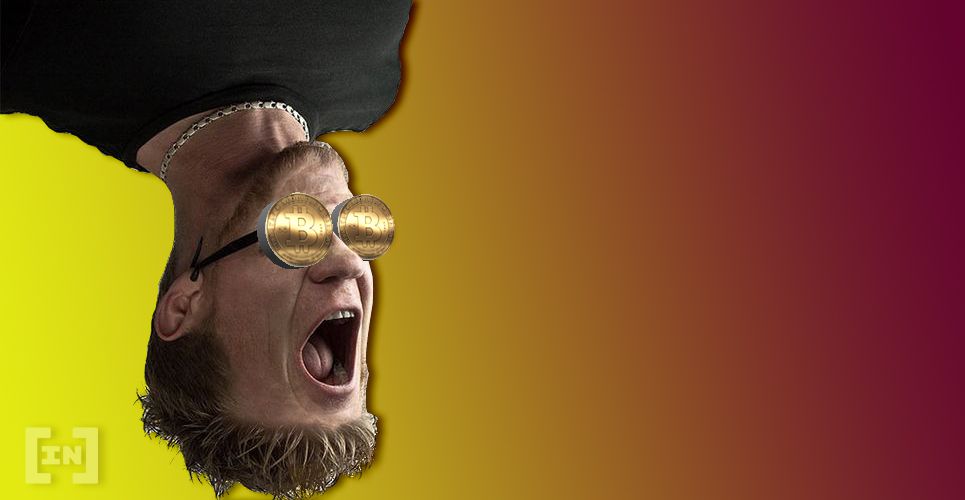 Previously a top trader by notional volume on BitMEX and arguably one of the best technical analysts out there, AngeloBTC is a recognized force within the cryptocurrency space.

Now, AngeloBTC appears to have once against demonstrated his influence, sending the cryptocurrency community into a frenzy with his latest tweet.

Got a message from a friend that trades with serious size – he said long capitulation once we break $8k.

I tend to believe him.

Significant Changes Could Be in Store for Bitcoin’s Price

According to AngeloBTC, longs will begin to capitulate once Bitcoin breaks $8,000. At its current value of $9,670, this means that further losses of around 17% could be in store for Bitcoin.

Trade cryptocurrencies with up to a 100x multiplier on our partner exchange, BitMEX, and support BeInCrypto by doing so.

Bearing in mind that since AngeloBTC is known to have amassed over $30 million BTC in profit from BitMEX, we can be reasonably sure that his definition of “serious size” is likely huge. If true, this would mean that the market may be due for a bullish reversal around the $8k price point as big money begins to enter the market.

Curiously, just minutes after the tweet went live, the Bitcoin market witnessed a significant drop, seeing more than $500 wiped off its price over a 30-minute timeframe. As it stands, Bitcoin is down more than 5% in the last three hours.

Altcoins Are in a Similar State

Altcoins have also been sent into a freefall, with every cryptocurrency in the top 10 by market capitalization experiencing similar losses. Of these, Ethereum (ETH), EOS and Binance Coin (BNB) are performing the worst.

In total, the global market capitalization of all cryptocurrencies has dropped by $12 billion in wake of the tweet, though the market appears to have almost stabilized, with Bitcoin ranging between $9,600 and $9,700.

How do you think the Bitcoin price action will evolve in the coming days? Are you long are short? Let us know your thoughts in the comments below!