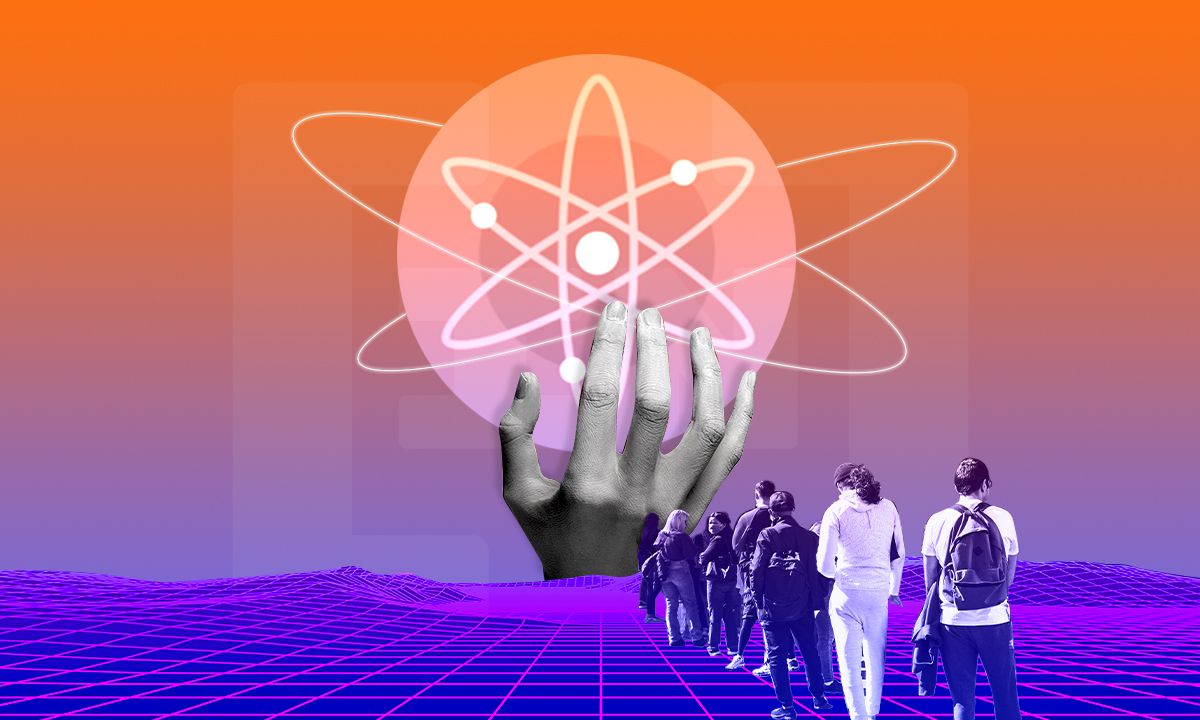 Blockchain technology mutually benefits parties by enabling the sharing of ledgers without a central authority. However, limitations like interoperability remain a problem.

This is the issue Cosmos is trying to fix. As a decentralized network of independent parallel blockchains, Cosmos is an ecosystem that enables the interoperability and scalability of blockchains.

By establishing communication between blockchains, Cosmos enables the free exchange of assets and data across sovereign, decentralized blockchains via its Inter-Blockchain Communication (IBC) protocol.

The protocol’s vision is to make blockchain building easier for developers while breaking down the barriers between those blockchains.

By opening up communication channels and interoperability via IBC, Cosmos enables blockchains to maintain sovereignty, transact rapidly, and optimize their own ecosystems.

In this DeFi Deep Dive, we take a look into the blockchain and consider why it’s a novel approach to the space.

Dubbed the “Internet of Blockchains” (IOB) by developers, Cosmos began its journey back in 2014 when developer Jae Kwon created Tendermint. Over time, Kwon came to work alongside two other well-respected crypto developers, Ethan Buchman and Zarko Milosevic.

Together in April 2017, they secured the crypto we know as Cosmos through an Initial Coin Offering (ICO). At the time, they reached their financial goal in less than 30 minutes.

Following this, they began major testing of the network in December 2018 via the release of Game of Stakes. On March 14, 2019, the mainnet launched.

Cosmos is a proof of stake (POS) platform. It fixes the inherent obstacles found in proof of work (POW) cryptocurrency networks. These obstacles include a lack of scalability, transactional speed bottlenecks, and the inability to be interoperable.

As the DeFi space continues to advance and evolve rapidly, interoperability is crucial to ensure these POW obstacles can be overcome.

Representing the first stage of the growing IBC protocol ecosystem, Cosmos utilizes the classic Byzantine Fault Tolerance (BFT) consensus algorithm. This BFT consensus ensures that a network can continue running smoothly, even if up to one-third of nodes fail or act maliciously.

One of the biggest barriers to blockchain building, until recently, was the requirement to build all three layers from the ground up. These layers include networking, consensus, and application.

Tendermint BFT is a solution that combines the networking and consensus layers of blockchain into a generic engine.

This allows developers to focus on application development. As a result, it reduces the development time of a blockchain from years to weeks. However, the difficult task of establishing a secure ABCI-app from scratch remains.

The platform created Cosmos SDK to remedy this issue. It provides a generalized framework to facilitate a simplified process of building blockchain applications on top of Tendermint BFT.

Cosmos SDK issues modules for developers to easily create application-specific blockchains, based on two major principles – modularity and capabilities-based security. Capabilities constrain security boundaries between those modules to better reason the composability modules while limiting the scope of malicious and/or unexpected interactions.

Sporting an integration with one of the world’s largest cryptocurrency exchanges, Binance, Cosmos’ technological advancements are clear. Binance Smart Chain and Binance DEX are both built on top of the Cosmos ecosystem.

Like Binance, OKEx is another cryptocurrency exchange platform that attempts to build its own blockchain dubbed OKChain. To do so, OKEx builds on top of Cosmos SDK and supports the creation of decentralized apps (dApps).

Another platform, Band Protocol 2.0 introduced a data delivery network (D3N), a dedicated blockchain built and launched on Cosmos SDK to support data oracle on other blockchains.

Cosmos, looking to the future

To attain the next stage of mainstream adoption, Cosmos serves as a unifying force in the blockchain industry.

This unification includes the development of the Cosmos and general crypto community. The mutually beneficial outcome for all involved parties, and the technology evolution for developers.

Using the IBC protocol, DeFi projects and blockchains of all kinds can be linked and establish long-awaited interoperable channels of communication. All while maintaining their own sovereignty.

Moreover, its technology and platform ecosystem continue to develop and open up a whole new space for crypto. As more blockchains and entities utilize and build upon Cosmos, the ecosystem will likely continue to pioneer new paths for the DeFi economy of the future.