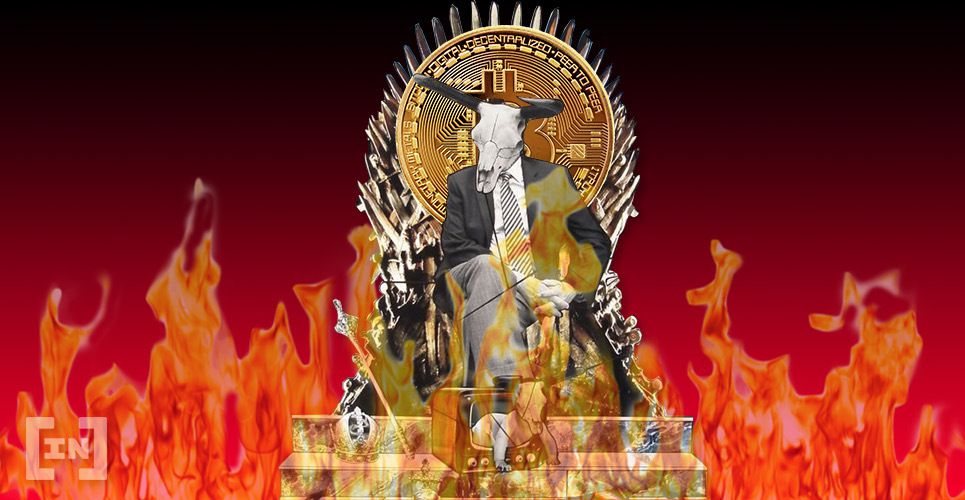 Moving Averages (MA) are often very helpful in determining the direction of a trend in the price of Bitcoin. Furthermore, the relationship between short- and long-term MAs can act as confirmation of trend changes from bullish to bearish or vice versa.

Well-known cryptocurrency enthusiast and analyst @cryptowelson pointed out that a ‘death cross’ between a short-term and 200-day moving averages is very close to occurring.

While he did not specify the time period for the short-term MA, it looks a lot like the 40 or 50-day MA.

Additionally, he pointed out that the price is below its 200-day MA, which is another bearish sign. The relationship between the price and its moving averages often indicates the current price trend.

Let’s look at the previous times a bearish cross between the aforementioned MAs occurred and how the price reacted to it.

The most recent time a cross between the aforementioned MAs occurred was on March 30, 2018.

Interestingly enough, the price rallied by 50% after the cross. 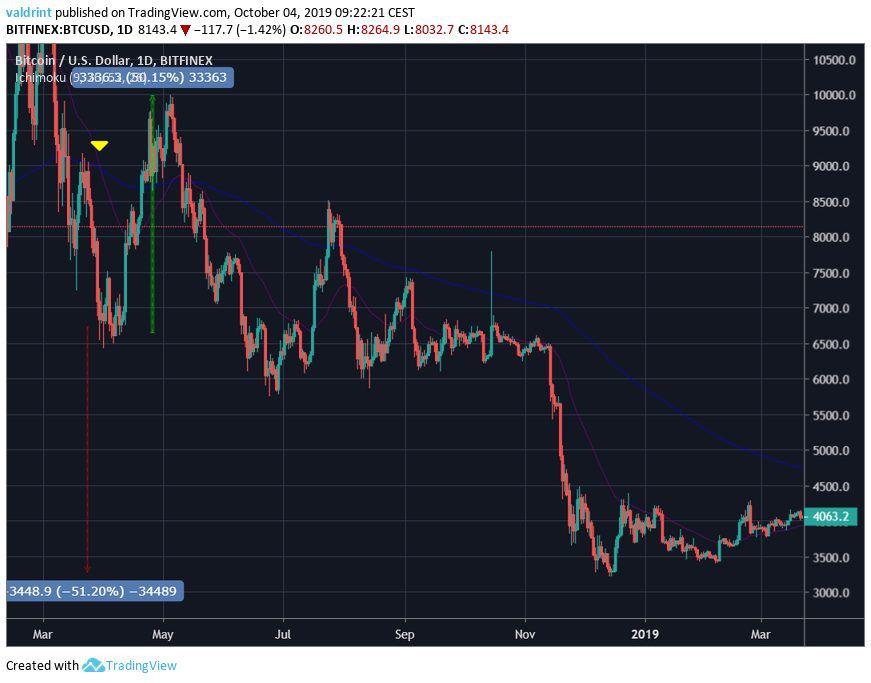 Also, it is worth mentioning that BTC moved above the 200-day MA twice, but was unsuccessful in initiating an upward move and fell below soon after.

Measuring from the price at the time of the cross, this amounts to a decrease of 68%.

It made an attempt to do so in Nov 2014 but was rejected as soon as it reached the MA, before promptly decreasing and reaching the aforementioned low.

However, the price began two rallies after only two days and eventually made a bullish cross on June 1.

A high was reached afterward resulting in an increase of 53% from the price level at the time of the bearish cross. 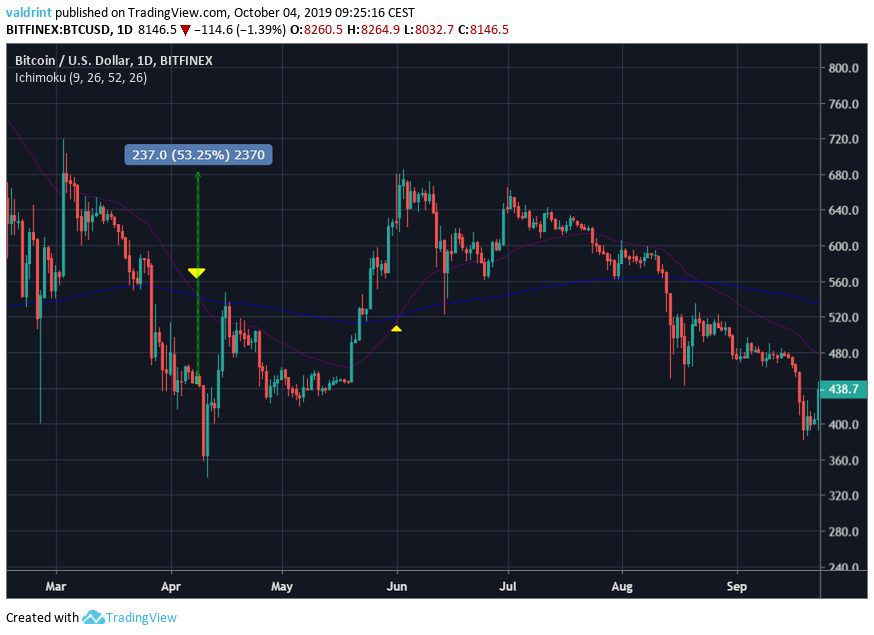 The price reached the 200-day MA on April 16 and was rejected, but moved above it on the second try.

There have been three bearish crosses between the 40 and 200-day MA hitherto. The price acted in a different way each time

So, while the MAs and their relationship with themselves and the price can be instrumental in determining the direction of the trend, their predictions are not always correct.

For more accurate results, they should be used in combination with other indicators and trading patterns.

Do you think a bearish cross will occur? Will the price decrease if it does? Let us know in the comments below.