The DASH price just broke out above a 164-day descending resistance line, possibly suggesting that the current downtrend has ended.

The breakout transpired with significant volume. However, the price has reached a confluence of resistance areas, making it unlikely that it will be successful in moving above them on the first try.

Full-time trader Nico (@CryptoNTez) stated that the DASH price has shown increasing volume while it attempts to break out from a long-term descending resistance line. Additionally, he stated that the current price level is full of potential resistance.

UCTS showing buy signals on the 1D & 2D (not confirmed yet)

Will DASH be successful in moving above this resistance area? Let’s take a closer look at the price movement and find out.

Beginning on June 27, the DASH price began to follow a descending resistance line that was validated four times.

The price broke out above this line on January 5 and did so with relatively high volume. The rally stopped once the price reached the ₿0.075 resistance area, which acted as support in the period between September-November. Additionally, this area coincides with the 100-day moving average (MA), further strengthening its significance. 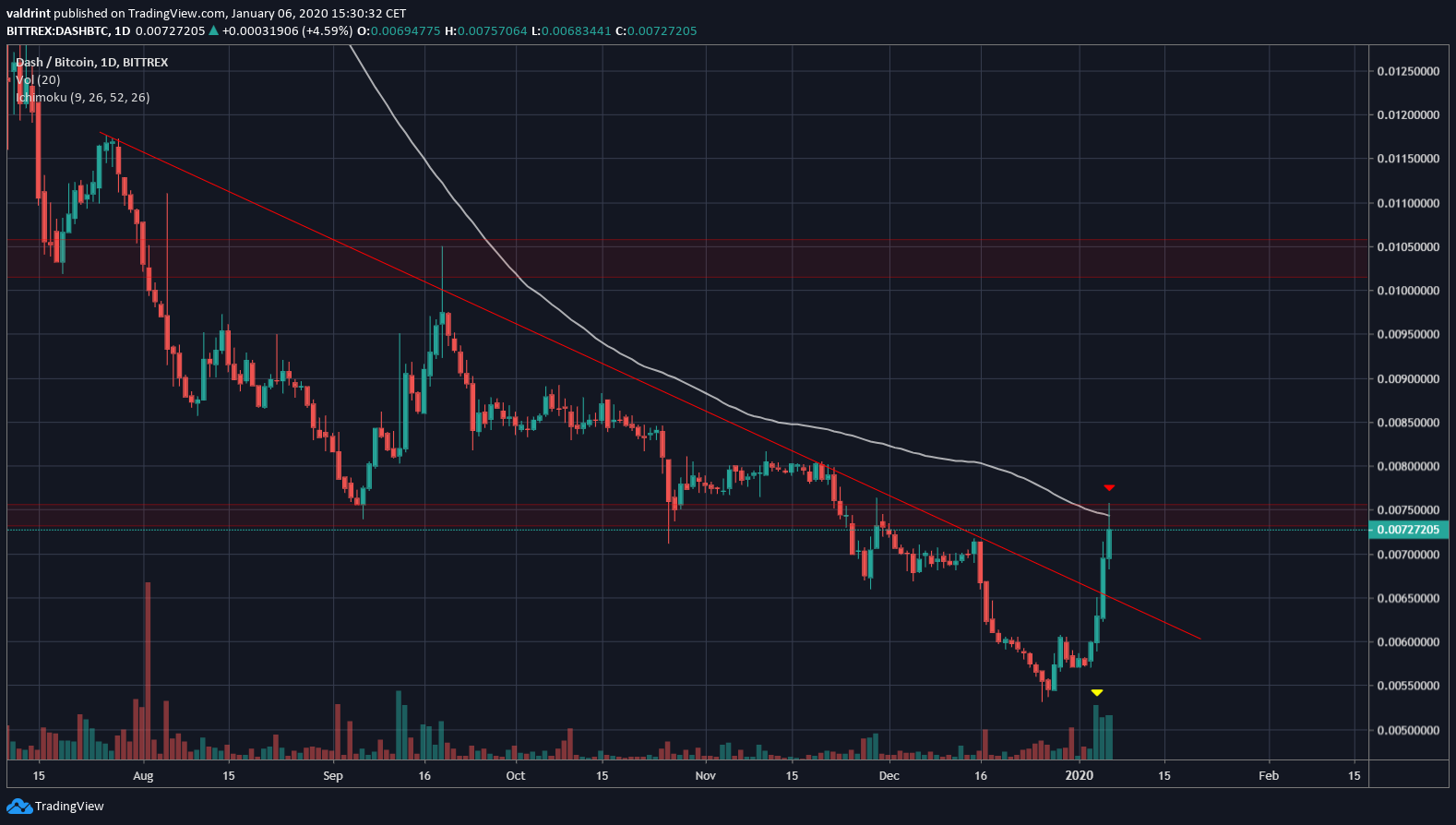 It is possible that the DASH price is in a similar position to what it was in December 2015. In both cases, the 3-day RSI was oversold and had generated bullish divergence. 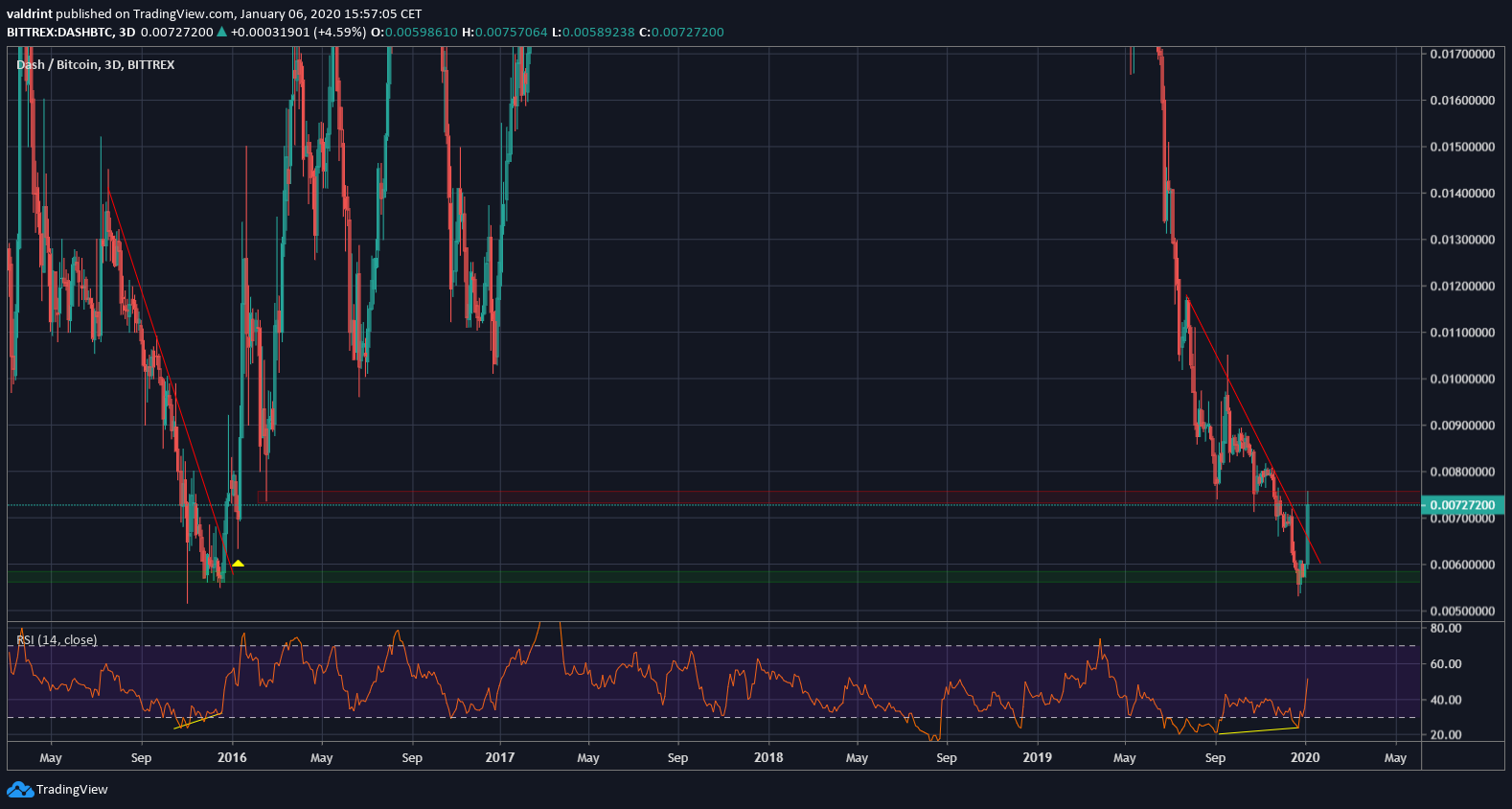 The tweet states that the best trading opportunities are likely to arise if the price retests a previously significant resistance area.

This is not to say that the price will decrease all the way there, rather an illustration of possibly profitable price levels for the initiation of a long trade. 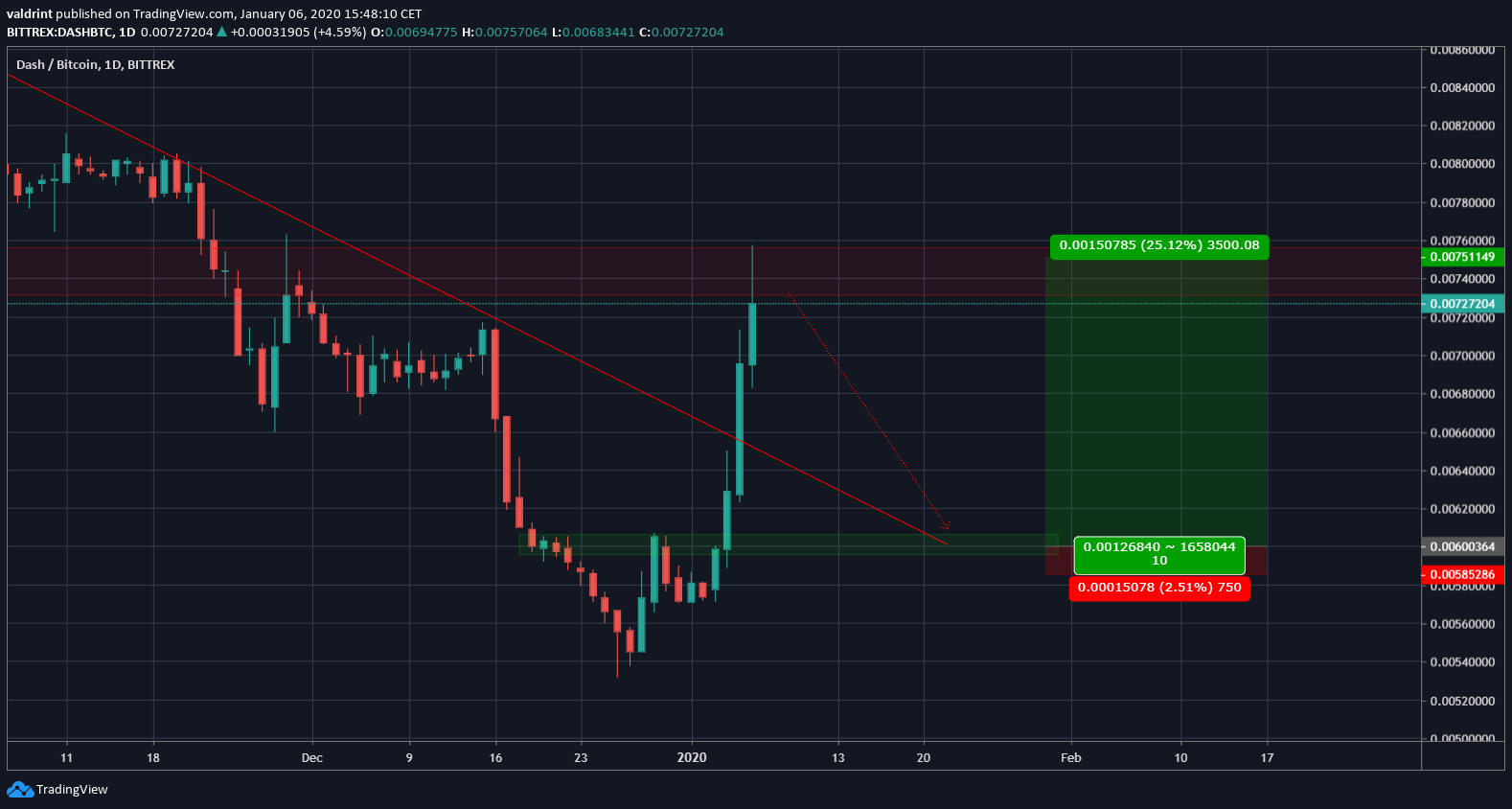 To conclude, the DASH price recently broke out above a long-term descending resistance line. It is possible that this is the beginning of a long-term upward move. However, a short-term retracement is likely before the price makes another attempt at breaking out above the current resistance area.