BUY NOW and sometimes other cryptocurrencies. Since digital assets could be considered a hedge against recessions, it is considered a safe bet along with silver. However, its rate of increase pales in comparison to that of Bitcoin.

This has not only been true in 2019 but throughout most of the asset’s history. However, Bitcoin’s extreme volatility

We can describe volatility as how much the value of an asset changes over a given time. A volatility index... More makes it a very taboo investment for some.

One of the industries that has a comparable rate of increase and volatility to cryptocurrencies is the marijuana industry.

BUY NOW was his second-largest crypto in his portfolio.

If you would've told me two weeks ago that $NEO would be the second-largest crypto in my portfolio, I wouldn't have believed you.

But, there it is. On mostly profits, it's jumped up to 2.6% allocation. pic.twitter.com/9tLA6ortUy

His top 5 along with the rate of profit/loss consists of:

The gold price has been gradually increasing since the beginning of 2016.

Additionally, since the beginning of 2019, the price has increased by 18%. The price struggled to break out above the $1370 resistance but finally did so in August 2019.

From the price of August 2009 ($953) to the current price there is an increase of 55%, in line with the profit posted in the original tweet. 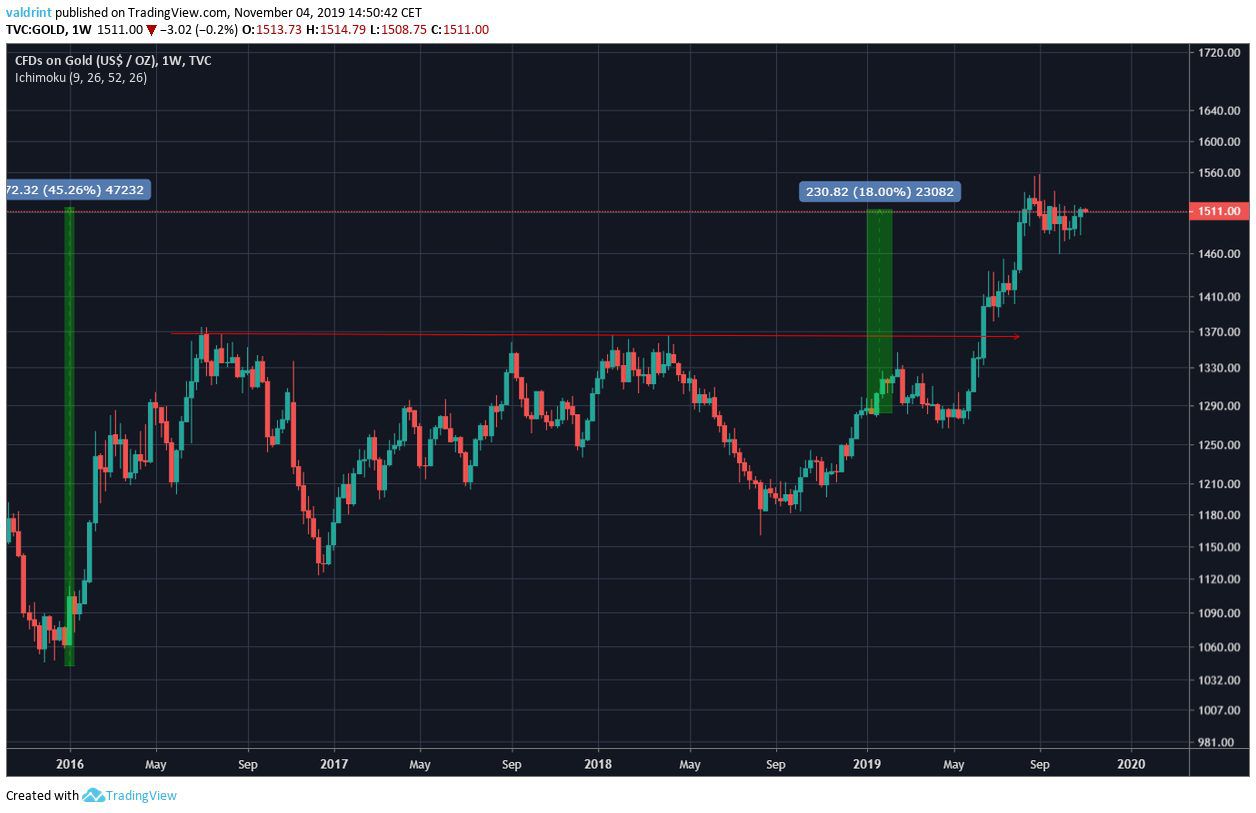 Similarly to gold, the silver price has been increasing since the beginning of 2016.

Silver broke out form a long-term descending resistance line that had been in place since August 2019.

Since the beginning of 2019, the silver price has increased by roughly 15%.

In the tweet, the silver holdings show a profit of 88%. Measuring from the $9.5 price in December 2008 to the current price marks an increase of 88% 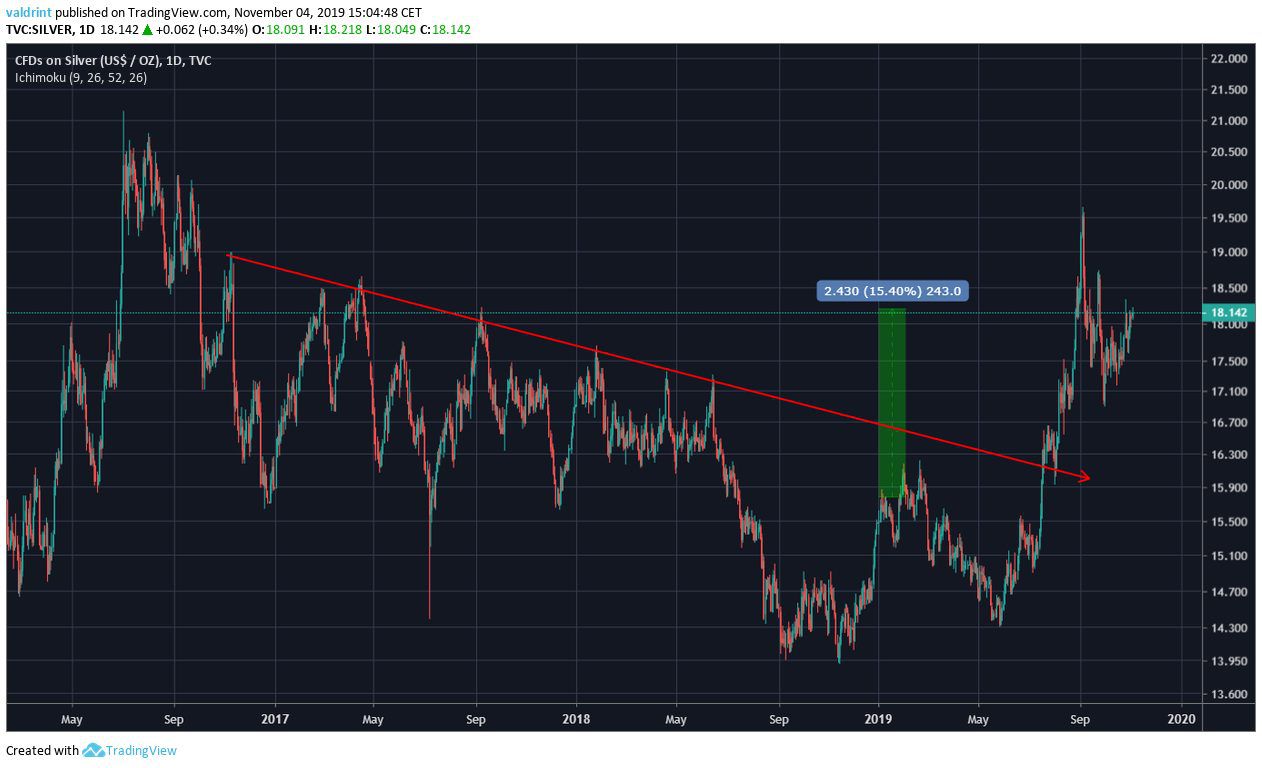 The Bitcoin price has been increasing since December 2018.

It recently broke out from a descending wedge and return to validate the previous resistance line.

On the tweet, the BTC holdings have a profit of 53%. Since BTC has increased by more than 100% throughout 2019 alone, there are several dates in which the order could have been placed.

More specifically, measuring from the price on May 7, 2019, the current price represents an increase of 53%. 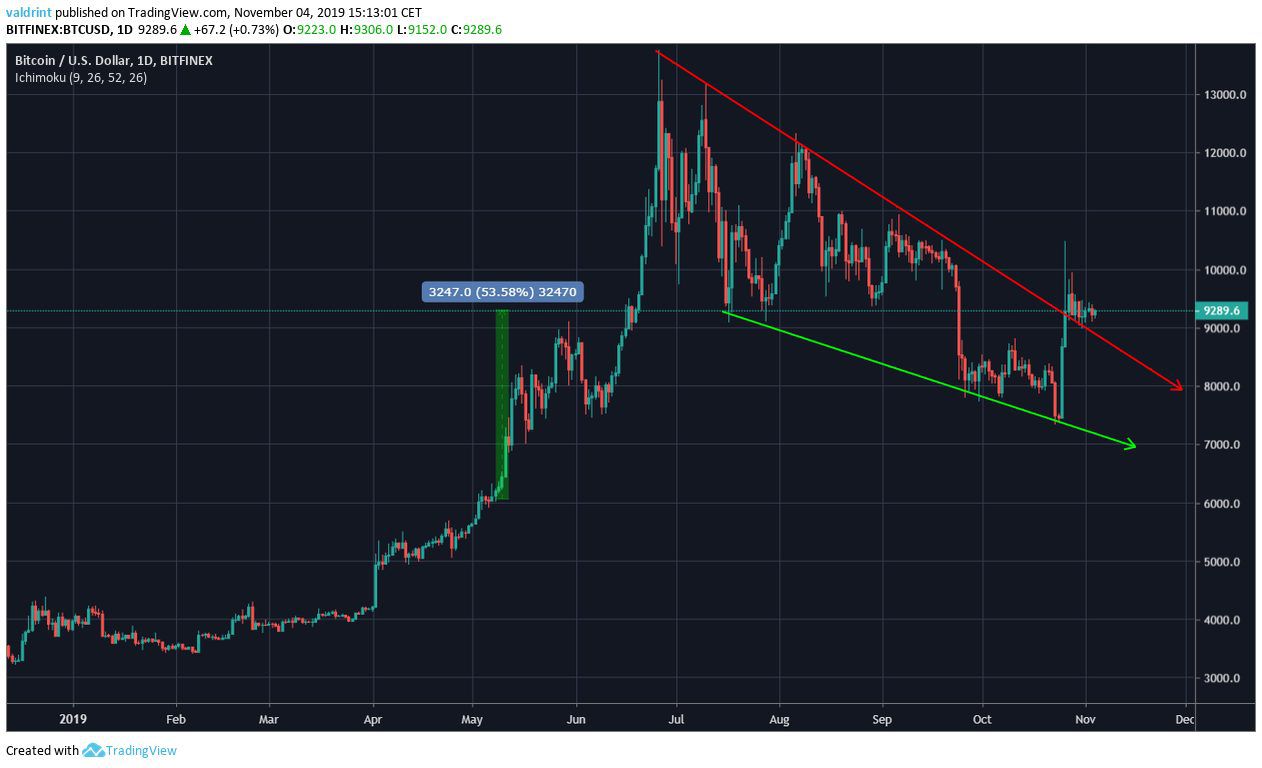 Biogen Inc. is an American company that specializes in the treatment of neurological diseases.

Shares of Biogen soared nearly 30% on Tuesday, October 22, after the company stated that it was seeking approval for an Alzheimer’s drug.

The price movement has been noted by very significant gaps.

It traded in a range from April to October, until the positive news caused it to surge upward.

An increase of 142% would have been reached from the prices in November 2012 to the current price. 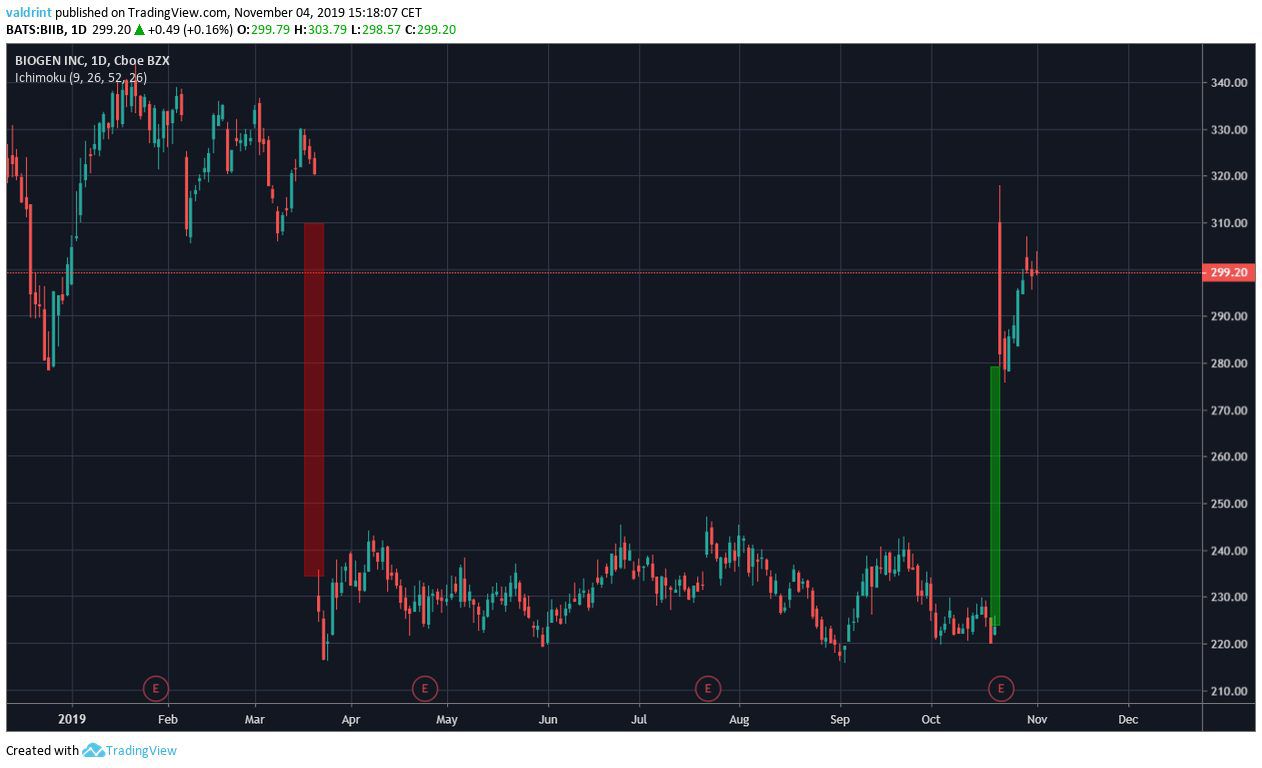 Horizons Marijuana Life Sciences Index (HMMJ) is an ETF, which seeks to replicate the performance of the Marijuana industry in North America.

While it increased at the beginning of 2019, it reached a high in March and has been decreasing since. 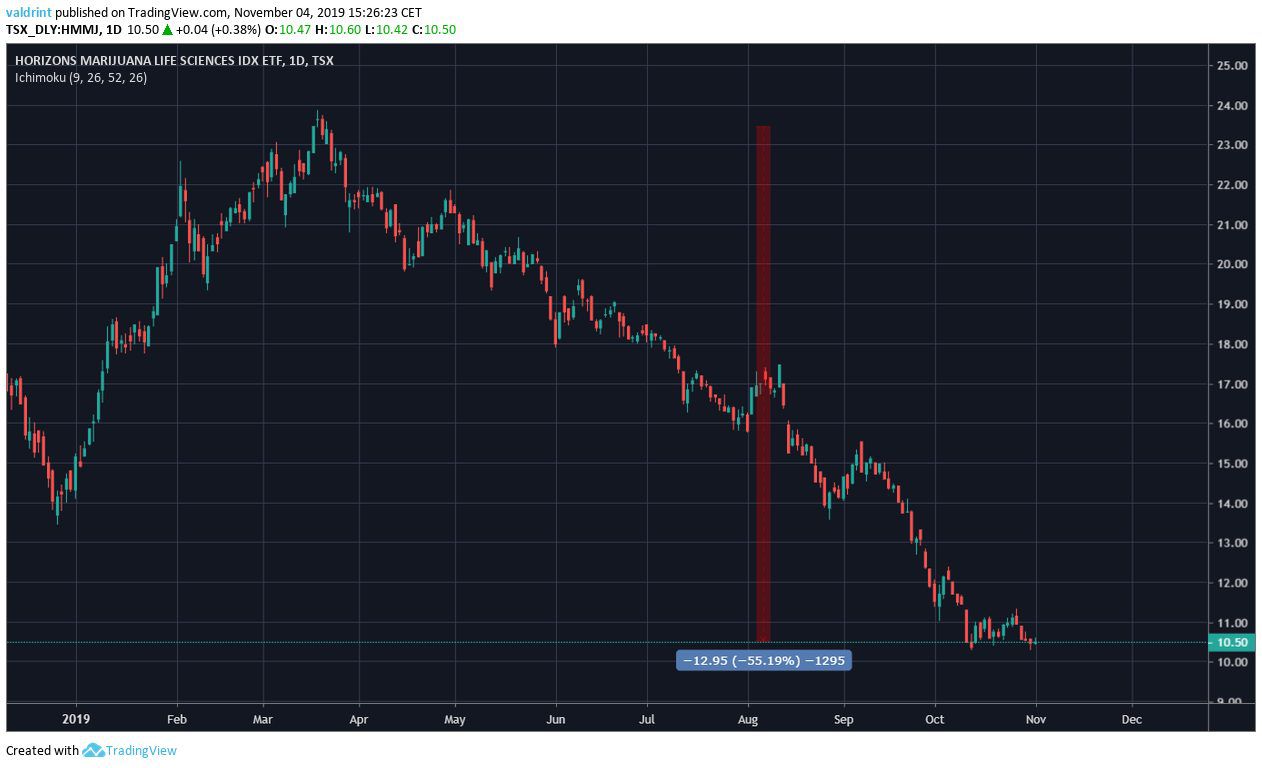 90 Percent of Cryptocurrency Firms May Be Bankrupt in Six Months: Swiss Blockchain Federation
#Companies News 4 weeks ago
Up Next
Libra, Stablecoins Should Be Regulated as Securities, Says Global Trading Regulator
Regulation News 7 months ago
Related News