One of the first pieces of advice that anyone entering the Bitcoin and cryptocurrency space is given is: ‘Don’t spend more than you can afford.’ Simple, solid advice. However, in execution, it is a little different. Especially in the cryptocurrency space where shilling and over-exuberance at the future of the price of these digital assets are abundant.

With that primary piece of advice ringing in any new investor’s ears, approaching the market and looking at the sentiment, especially on places like Twitter, is dangerous. Shills, scams

It's no secret that the realm of Bitcoin and cryptocurrency are still in a bit of a "Wild West" phase.... More, bots, and tribalist believers are everywhere, promising their coin is going to be the next Bitcoin.

But what of Bitcoin? And what of the big names that people have come to trust, if not idolize. Binance CEO, Changpeng Zhao, is one such name in the Bitcoin and Binance Coin (BNB) space that has come to be idolized as a cryptocurrency god — or leader, as one person put it while admitting their desire to put their life savings into BNB.

But Zhao is not taking Spiderman’s motto of great responsibility coming with great power on board as he continues to shill and promote Bitcoin price predictions that are dangerously overly-optimistic. His outlook on the future of Bitcoin, blockchain, even Binance and the technological revolution this ecosystem can bring in the coming years is one thing, but to have a man with his influence delving into price matters smacks of purposeful shilling, and can lead to some dangerous investing advice. 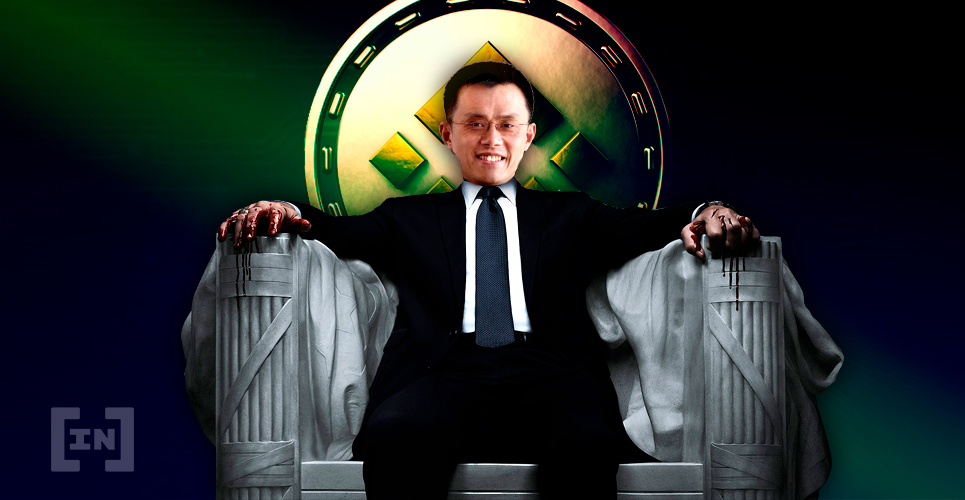 Slap Yourself if you Sold Bitcoin

Zhao’s near half a million followers have actively been told by the Binance CEO that he has been, and will continue shilling Bitcoin and BNB.

Only a few coins out ran $btc last year.

No guarantees, but the $bnb ecosystem will definitely try to #buidl faster than BTC again this year.

I will personally continue to shill both. https://t.co/C4XFWHmFQu

Many take no issue with this. BNB is part and parcel of Binance, and thus Zhao’s primary business. It would be stranger for him not to be promoting it and singing its praises. Some — Roger Ver and Craig Wright notwithstanding — will even say there is no problem shilling BNB as the project has proven its value and use-case, and is not just another ‘Sh*tcoin.’

However, the issue is the eternal optimism over Bitcoin and the direct and often intimidating support of the coin. In the tweet below, Zhao paints a picture of complete stupidity for those people who sold Bitcoin under $10,000. The ridicule presented in such tweets allows Zhao to take a position of superiority when the market proves him right it gives him more persuasive leverage for the next time.

He claims that people who predicted the opposite of him need to be removed from his world. This is dangerous in any situation where there are two opposing viewpoints. Not hearing the other side can create a dangerously one-sided view of the world and is part of the problem dividing U.S. politics at the moment, as the two polar opposites preclude each other’s view without a second glance.

Now is the time to unfollow people who predicted btc to 5000 in the last couple months, and btc to 1000 a year ago.

Removing bad influences in life is essential for success! https://t.co/bpYD13i1rR

More so, Zhao is being actively hypocritical. Three days before the above tweet, Zhao was calling for more ‘negative’ voices in the cryptocurrency space, in relation to Peter Schiff’s experience with Bitcoin.

Zhao’s call for negative voices in crypto was in order to use Schiff’s bad experience as an example of what not to do in the space — but it runs deeper than that. Having negative views in the Bitcoin space allows for a bit of perspective and the chance for investors to make up their minds, having seen the two sides.

Zhao is aware of this, as his Schiff tweet suggests, and as a tweet from 2018 also eloquently explains why it is good to consider the bad:

No need to worry. Some negative news often turn out to be positive in the long term. Chinese have a proverb for this. New (often better) opportunities always emerge during times of change.

Shilling and optimism, especially for a proven coin like Bitcoin, might not seem like the worst crime. But it is an ongoing push that not only benefits the bigger investors in the space at the expense of the little guys, it is also a potential trap. Those who ride the optimism and are eventually burnt will end up broke and asking; ‘How could this happen?’ rather than ‘I got this wrong.’