BUY NOW, but are still present in Ethereum

In a consensus protocol, the two most important security

Once you've bought or received bitcoins; you now need to keep them as safe as possible. This guide will provide... More properties are liveness and safety. For a protocol to be safe, it is required that it does not make inconsistent. For a protocol to be live, it has to be guaranteed to eventually make a decision.

Blockchain is a digital ledger that’s used for storing data on several servers across the world in a decentralized, trustless... More researcher, addressed this issue. Casperlabs have been extending its ideas since, and they have released a protocol which is allegedly both alive and safe.

#Cardano has solved most of the issues addressed by CBC Casper protocol. So has #Algorand. It seems as if #ETH is wasting a lot of time on this, trying to reinvent the wheel.https://t.co/duCkz9n3nx#ADA $ADA #ALGO

However, positive announcements and price movements sometimes do not correlate perfectly in the cryptocurrency industry.

Both the ADA and ALGO prices have been trading at all-time lows for a significant period of time. However, they have shown some reversal signs that might indicate that an upward move will soon begin. However, there is no confirmation yet.

Let’s look at their price movement and see if an upward move is on the horizon.

The ADA price has been trading at an all-time low near 450 satoshis for roughly the past 100 days.

However, there is significant bullish divergence developing in both the weekly RSI & MACD. Additionally, the latter has made a bullish cross.

This suggests that an upward move might soon begin. 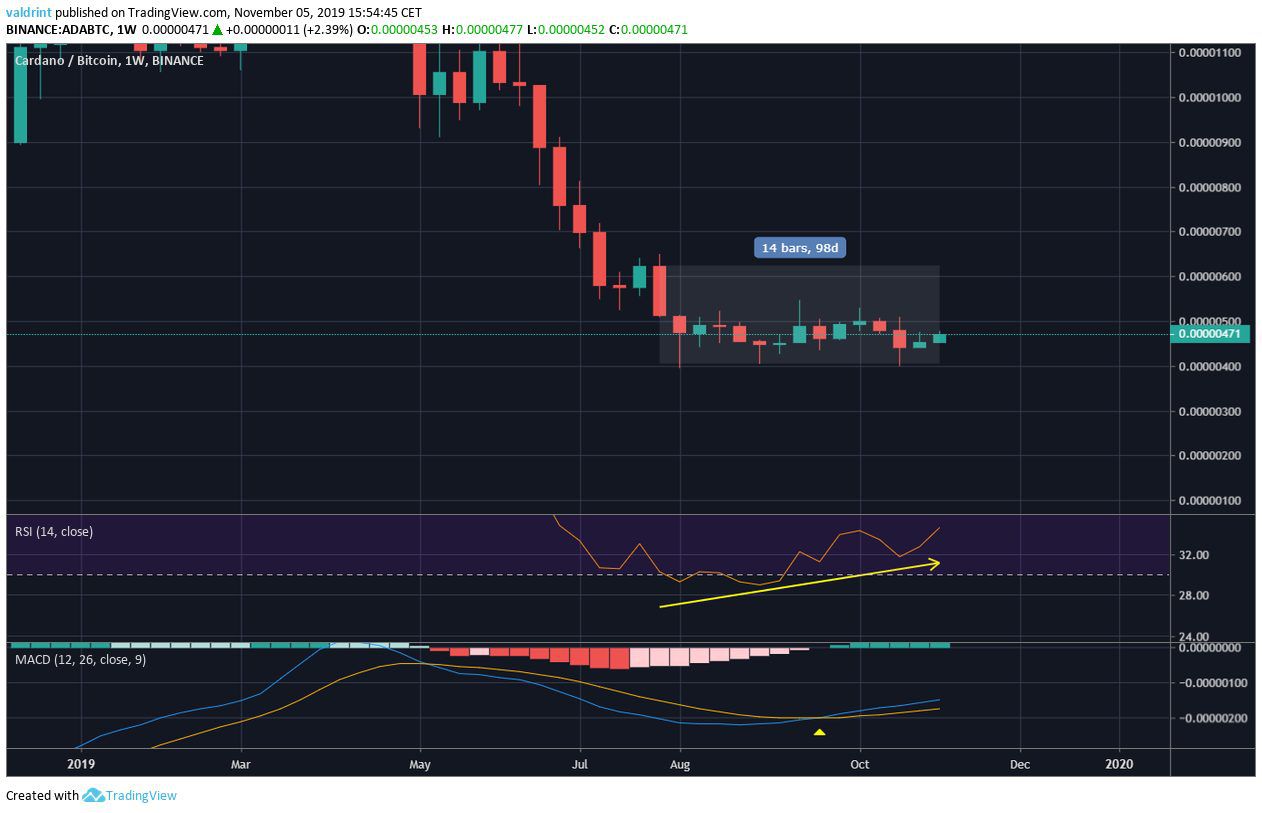 In a shorter-term time-frame, we can see that ADA is trading inside a symmetrical triangle.

A breakout from this pattern would likely take the price to the resistance area at 550 satoshis.

However, the price has not shown any signs of initiating a rapid upward movement.

Therefore, it is possible that it will continue to trade inside this pattern for a period of time before it eventually breaks out. 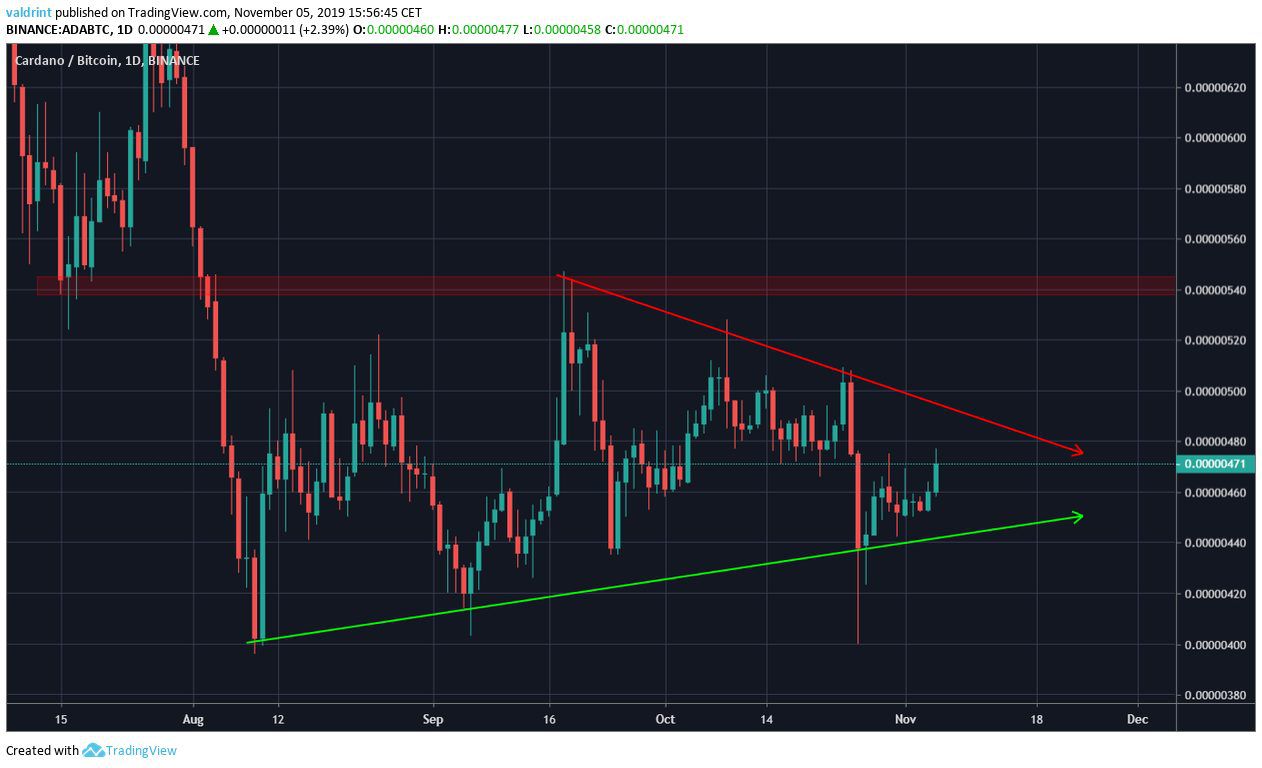 The ALGO price is also trading at an all-time low.

After making a double bottom at 2200 satoshis, it began an upward move.

The double bottom pattern is strengthened by the fact that the second bottom took the form of a long lower wick, indicating that there is buying pressure around the area.

Currently, the Algorand price has reached a descending resistance line. 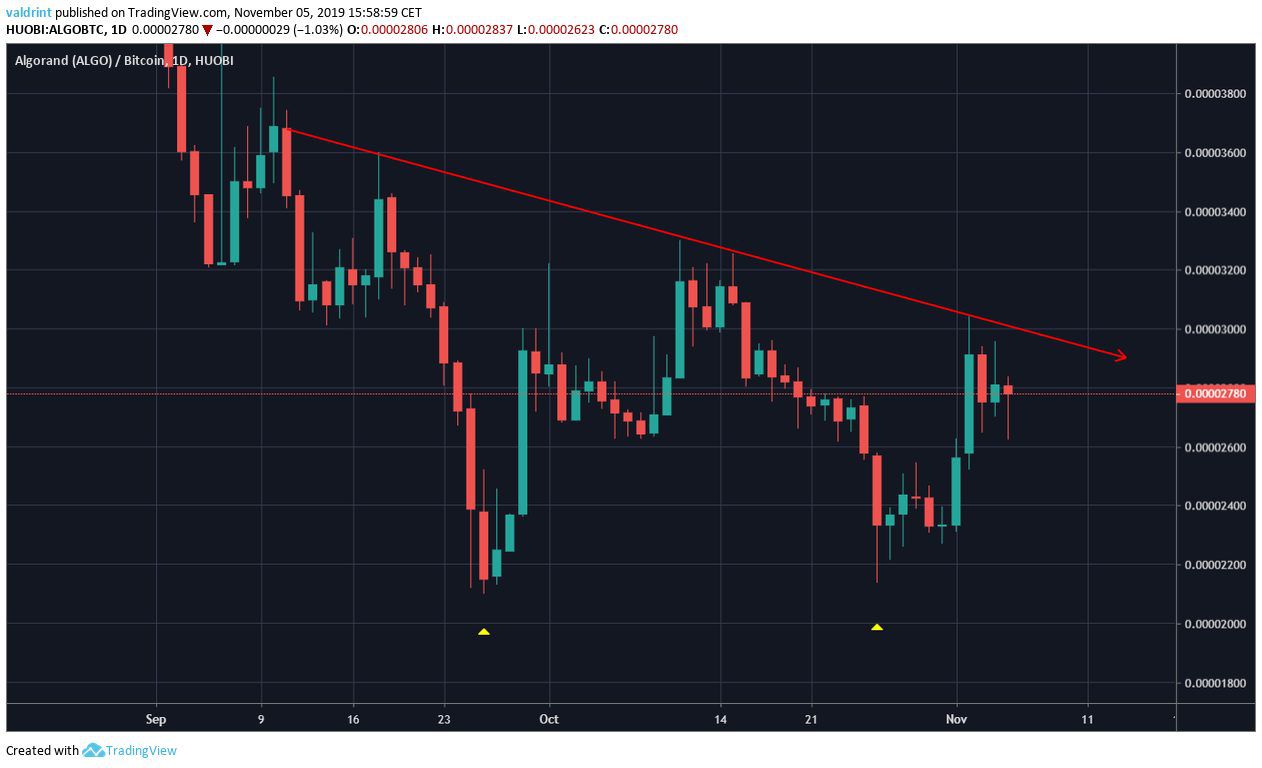 There is a strong bullish divergence in both the RSI & MACD.

A breakout above this resistance area would likely take us to the top of the range at 3750 satoshis. 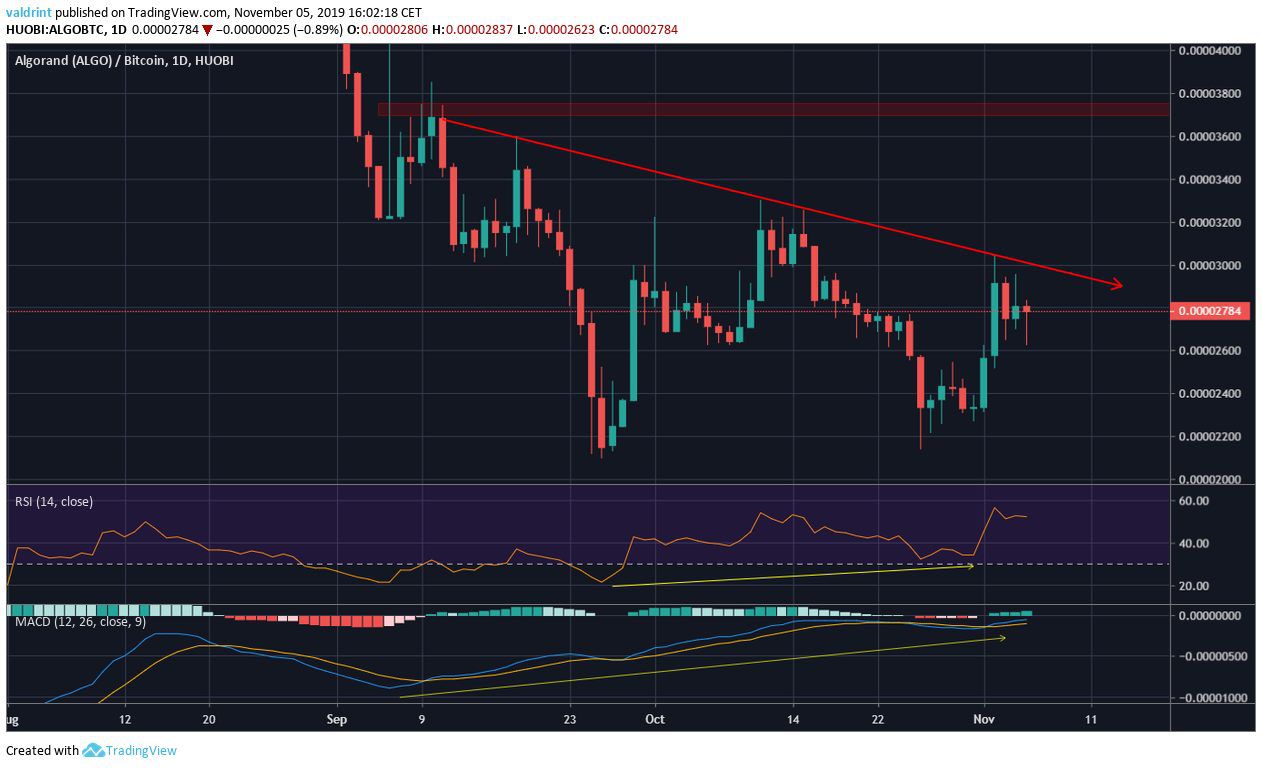 90 Percent of Cryptocurrency Firms May Be Bankrupt in Six Months: Swiss Blockchain Federation
#Companies News 4 weeks ago
Up Next
Altcoins Have Reached the Point of Maximum Financial Return, Says Analyst
Altcoin Analysis 7 months ago
Related News