The long-term Bitcoin price has given a positive signal — which suggests that a new market cycle has begun.

Cryptocurrency analyst and trader @CryptoCowJones stated that the Bitcoin price has given a signal which has never previously failed. This is an upward breakout of the Kumo cloud.

The Kumo cloud represents resistance. It is created by two lines whose relationship is very similar to a long- and short-term moving average (MA). Therefore, if the short-term line is above the long-term one, the cloud is green — while when the opposite is true the cloud is red (grey in the tweet).

$BTC has NEVER had failed Kumo breakout in its entire history on the weekly chart#bitcoin pic.twitter.com/CnfJk9GUY5

The first time the Bitcoin price broke out from the cloud was in January 2013. An 8357 percent price increase followed until we fell below the cloud. The second time, in 2016, a 4633 percent increase ensued.

There are two bullish indications about the current break: 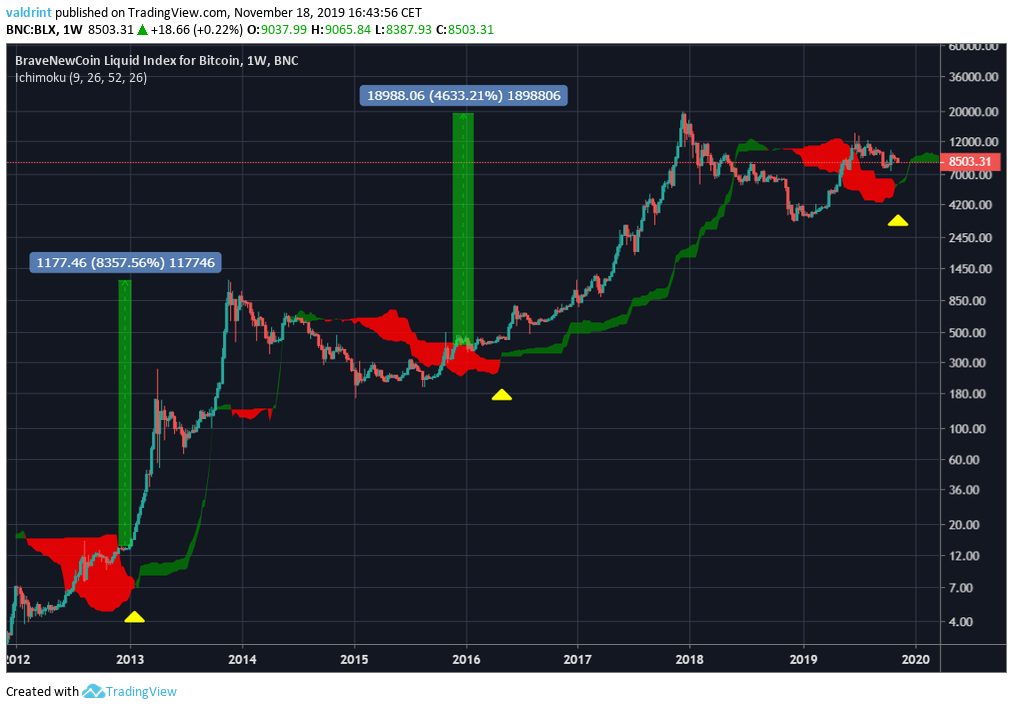 Looking at the daily cloud we can see that the Bitcoin price is trying to break out from a short-term downtrend.

While the Bitcoin price broke out from the wedge, it failed to increase past the resistance of the cloud and is now inside it.

A very positive movement would be a pump out of the cloud followed by the use of the green cloud as support. This would go in the footsteps of the hypotheses laid out in the weekly analysis and suggest that a new market cycle has begun. 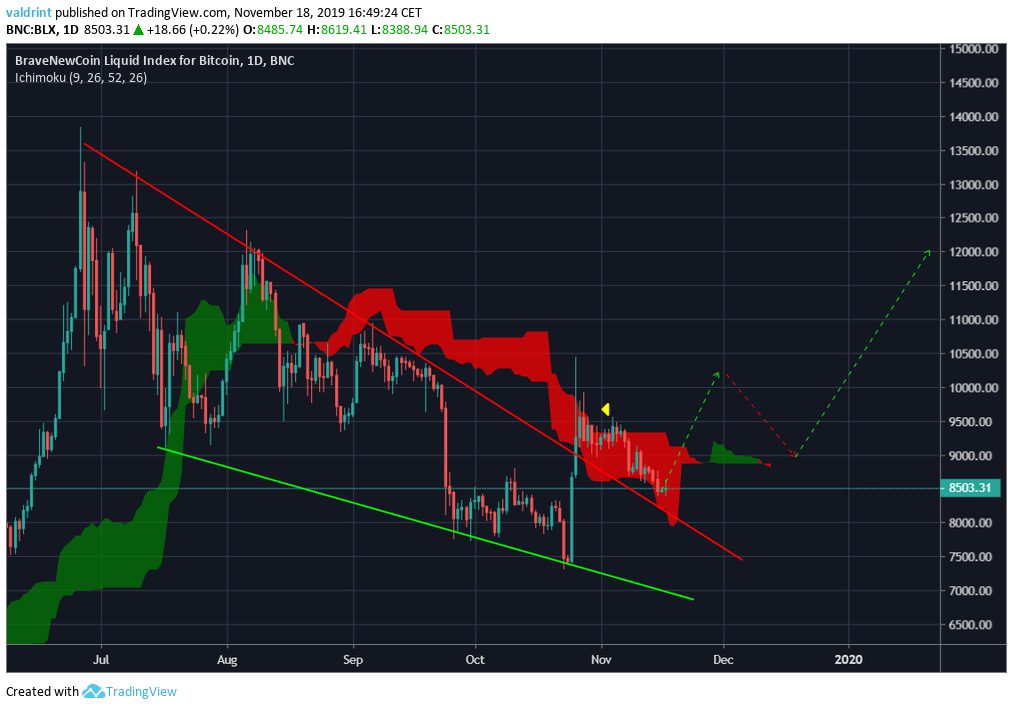