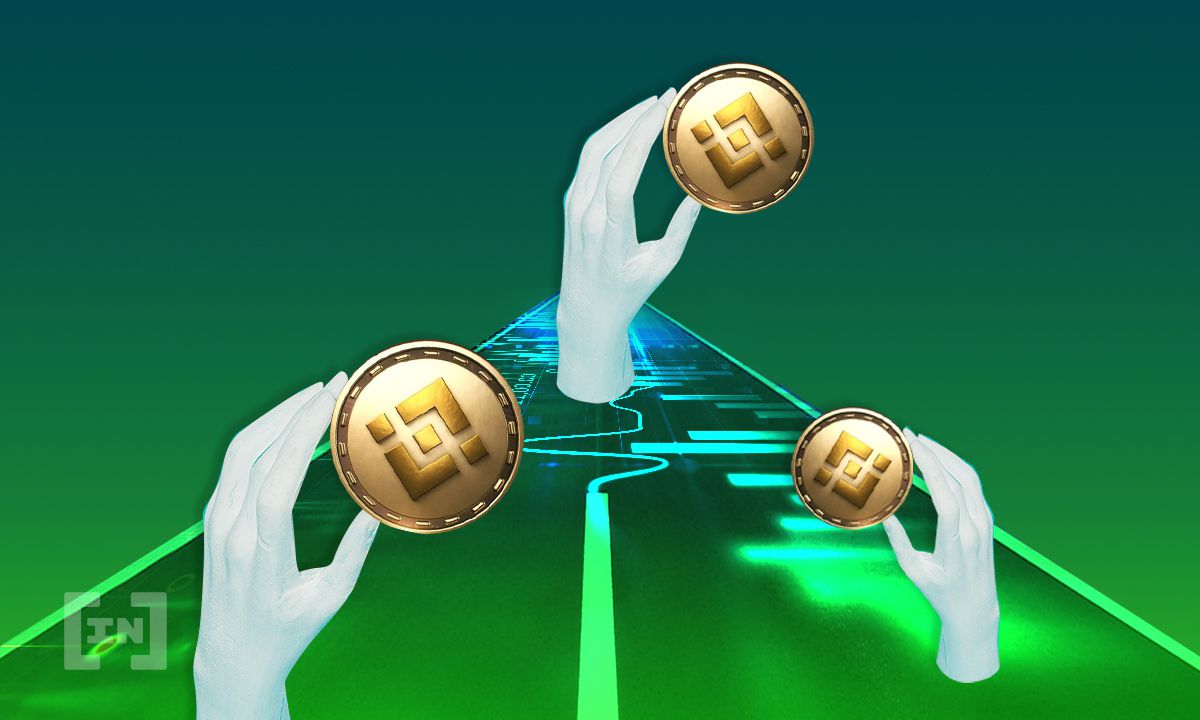 Binance Coin (BNB) is following an ascending support line and attempting to break out above the $330 resistance area.

Swipe (SXP) has reclaimed the $1.74 horizontal resistance area and broken out from a descending resistance line afterwards.

DODO (DODO) has broken out from a descending wedge.

BNB has been following an ascending support line since reaching a low on May 23. So far, it has touched it thrice, most recently on July 20. The first two touches left long upper wicks in place.

Currently, BNB is attempting to move above the $330 horizontal resistance area. If successful, the next resistance would be at $420.

Technical indicators are relatively bullish. The RSI is above 50 and the MACD & Stochastic oscillator are both increasing.

The shorter-term two-hour chart shows that the token has already broken out from a descending resistance line. Afterwards, it returned in order to validate it as support (green icon).

Currently, it is trading inside a short-term symmetrical triangle. While the triangle is considered a neutral pattern, it is transpiring after an upward movement. Therefore, a breakout would be the most likely scenario.

However, it has been moving upwards since and reclaimed the horizontal area on July 26. The area is now expected to act as support once more.

Technical indicators support the continuation of the upward movement. The MACD is increasing after generating considerable bullish divergence. The Stochastic oscillator has made a bullish cross (green icon) and the RSI has moved above 50.

The shorter-term six-hour chart also supports the upward movement, since it shows an ongoing breakout from a descending resistance line.

The closest resistance area is at $2.18.

DODO had been trading inside a descending wedge since reaching a low of $0.86 on May 23. Besides being considered a bullish pattern, the movement inside the wedge was combined with strong bullish divergences. The divergences were present in the MACD, RSI & Stochastic oscillator.

Currently, DODO is in the process of breaking out from the wedge.

If successful, the closest resistance area would be at $2.61.