The handling of a disagreement between Bitcoin

BUY NOW development firm Blockstream and subscription-based blockchain news publication The Block has started attracting negative attention on both sides. Whereas some are questioning the integrity of the media company’s reporting, others are calling Blockstream’s growing interest in blockchain-issued tokens hypocritical.

The disagreement centers around The Block’s reporting on a $50 million token sale organized by Dubai exchange BTSE. The token sale will be held on Blockstream’s Liquid network. The Block broke the story a couple of days ago.

Blockstream’s Chief Technology Officer, Samson Mow, took particular issue with the story — claiming that neither the Bitcoin development firm nor the exchange had been contacted by the publication prior to the scoop going live.

The Block was recently the subject of controversy following its reporting on Binance’s Shanghai offices supposedly being ‘raided’ by authorities. Binance refuted that it didn’t even have offices in Shanghai and threatened to sue The Block. In the end, a change of headline from “raid” to “visit” was enough to stave off a legal battle, according to an article in Fortune. 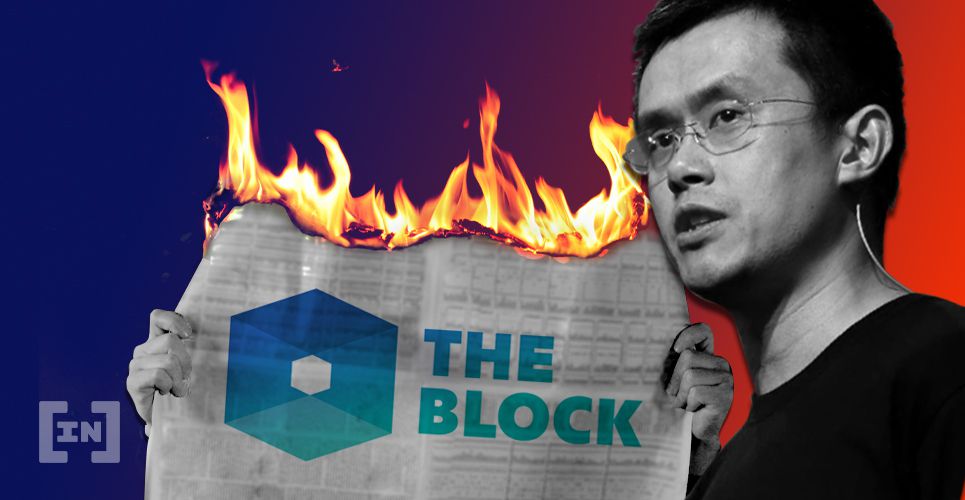 Fast forward a few weeks, and it looks like any excuse to attack The Block has become fair game.

Mow took to Twitter over the last few days to post a series of criticisms against the publication following its publication of the BTSE story. A back and forth between the two sides has been ongoing since.

The media firm accuses Blockstream of invading employee privacy after Mow said he had “searched” the emails received after the story broke. Meanwhile, Blockstream says that no correspondence was received at all and the publication doesn’t understand how email even works.

Despite the heated words, there doesn’t really seem to be any grievance with the content of the BTSE story itself, rather the method used to break it.

The exchange between The Block and Blockstream has attracted negative attention to both interests. Many  Twitter users have attacked the publication and the standards of journalism it produces since the Binance story broke and continue to do so following this Blockstream spat.

Meanwhile, others have called Blockstream out for hypocrisy for its growing interest in tokenized assets. One Twitter user, Matt (@Vanalli), accused the “Liquid Network camp” of double standards — since it appears to be pursuing similar ends to those that it has previously attacked.

It's on Liquid Network, but it's still just an exchange token being sold through an ICO, albeit not aimed at retail.

Liquid Network camp have been very critical of Ethereum

BUY NOW and the ICO factory, but seemingly have no problems with this offering.

Twitter user and coder santi.eth (@santisiri) went further, calling the company the “biggest scammer in crypto” for its apparent hypocrisy towards the issue of blockchain token sales.

– trash ICOs while doing one

– brag about toxicity; whine when it targets them

Blockchain is a digital ledger that’s used for storing data on several servers across the world in a decentralized, trustless... More copycats

their only contribution is shitty crypto culture https://t.co/soguLxl5nw