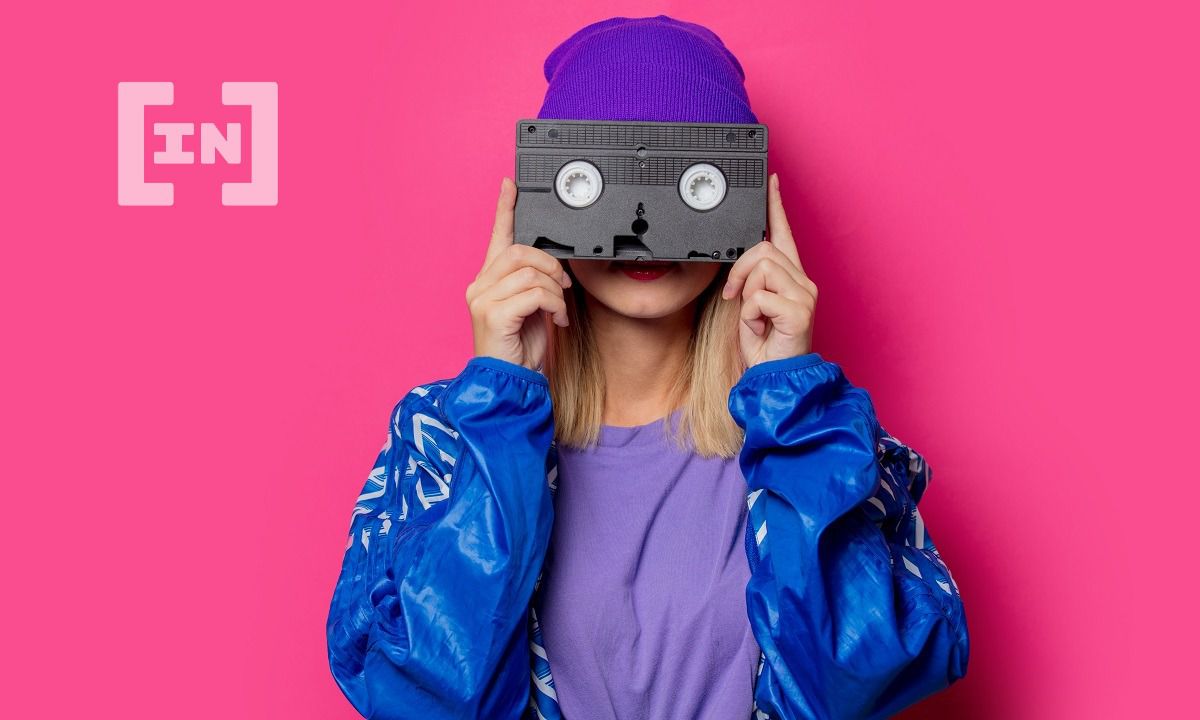 Blockbuster may rise again. This time, it won’t be brandishing VHS tapes, debts, and horrible decisions. The resuscitation is thanks to a DAO which is trying to raise funds to buy it and revive it.

Last year, a DAO (decentralized autonomous organization) managed to buy a unique Wu-Tang Clan album as NFT. And another DAO, called ConstitutionDAO was close to raising the millions needed to buy a rare copy of the U.S. Constitution. DAOs are on the rise.

A Blockbuster DAO competes with Netflix

Now BlockbusterDAO, which is a kind of blockchain-based cross between a club and a startup, has set itself the goal of buying the former video store chain “Blockbuster.” It wants to turn it into a decentralized streaming service designed to compete with Netflix.

So how did Blockbuster die? During the rise of Netflix, Blockbuster had massive debts that left them unable to compete with Netflix’s tech capabilities. John Antioco, former CEO of Blockbuster, could have bought Netflix at one point. The decision not to, was fatal. “Who wants to watch movies on the Internet?”

It was one of the worst decisions in business lore. But now, the BlockbusterDAO wants to rewrite history and make it all better.

For anyone who grew up in the 80s, Blockbuster was it. Back then, there was no Netflix, Disney, Hulu, Apple TVplus. Your daily ration of films could be obtained in one of the numerous video stores that existed on every corner at the time. In these beautiful great temples of cinematic art, you could stroll for hours, study film covers and talk to the video shop workers for half the evening about the latest B-movie flick. Instead of Netflix & Chill, there was a canned beer and a film from the video library. And the king among the video stores at that time was Blockbuster. Well, it was in America. In Germany it never got beyond a test run with 20 stores.

Once there were 9000 blockbuster stores worldwide, and now there’s only one. It’s in the town of Bend, Oregon. The branch, which currently has a proud 4000 members, is much more – it is also an Airbnb.

Anyone can stay there and take a “journey to more simple times.” If you want to watch the downfall of the company, this video is recommended.

Blockbuster: How did this massive giant fall?

There was a storm of bad decisions that led Blockbuster to be on thin ice. But then, Netflix happened. In 1997, Reed Hastings, together with Marc Randolph, had the idea of lending out DVDs by mail. DVDs had recently replaced the video cassette. Digitizing the films made them both faster and cheaper to copy. And, the quality did not decrease after watching, like VHS.

Hastings and Randolph tested the concept by sending themselves a DVD, and the concept worked. So, they founded the first online DVD rental and sale business in 1998.

But Netflix’s rise was not a straightforward success story. In 2000, Hastings tells in his book “No Rules,” that he and Randolph wanted to sell their newly formed company called Netflix to Blockbusters. Hastings had imagined that “blockbuster.com” would become Netflix’s new home. There, the chain could offer the sending of DVDs as its core business and do justice to the new times. But John Antioco, the then-managing director, refused completely and threw the two out of his office – and was bankrupt 8 years later. As the story of Blockbuster and Netflix shows: Some recognize the change, others fall under the wheels.

It is all the more exciting that a DAO now wants to buy up the remaining rights to blockbusters in order to build a decentralized streaming company. So to speak, the Netflix of the blockchain.

Are Hastings and Randolph misjudging the trend of the future by not being on a blockchain? Are Netflix to suffer the same fate as blockbusters did back then? Or is the BlockbusterDAO doomed to failure just like the ConstitutionDAO?

First of all, let’s take a look at what a DAO actually is…

DAOs are decentralized autonomous organizations, in other words a decentralized, effective and secure way to collaborate with like-minded people around the globe. It is best to think of a DAO as an Internet-based company that is collectively owned and managed by its members. Decisions are governed by proposals and votes to ensure that everyone in the organization has a say.

The backbone of a DAO is its smart contract. This sets the rules of the DAO and manages the assets. Once the contract is active on the blockchain, no one can change the rules except through a vote. If someone tries to do something that is not covered by the rules and logic of the code, they will fail. Since the DAO’s “treasury” is also defined by the smart contract, no one can spend money without the consent of the entire group.

A DAO therefore does not need a central authority. Everything is exposed and the rules for spending are not centralized, but anchored in the DAO code.

Sounds at least like the DAO has set itself big goals. But that’s not all. On the whole, they want to become a streaming giant in the image of Netflix, which produces film and IPs itself.

1. Raise $5 million+ through the Blockbuster DAO NFT coin at 0.13ETH each

2. Start an awareness and PR campaign to build pressure on sales

4. Registration of all intellectual property in the name of the DAO.

The project is therefore to be financed by the sale of NFTs, which anyone can purchase for 0.13ETH when the DAO is founded. If you have purchased an NFT, you are part of the DAO and can participate in votes.

When DeFilm Streaming becomes our future…

Once the DAO buys Blockbuster from the current owner, Dish-Network, they want to buy the rights to various films at film festivals. They ultimately want to create the “blockbuster streaming platform” and thus be the first provider for DeFilm streaming. According to their own statements, they are also thinking about “creating a Movie Pass subscription model for our platform and turning those passes into ERC-20 tokens that have resale value.”

In general, this all sounds like a great undertaking with big plans. It is time that the decentralization and the possibilities offered by the blockchain and especially DeFi in film financing finally revolutionize the film industry. On the other hand, it is precisely the “size” of the undertaking that makes you look carefully at the project. Winning film awards and, of course, an Oscar are already big plans. Building a financially self-sustaining streaming service is quite another. Even Netflix, with its 200 million subscribers, didn’t make a profit for years.

In addition, there is the technical challenge of video streaming. Video streaming generally consists of a large number of “sessions” that result in multiple transactions during a single stream. This can lead to a significant number of transactions, which can result in long delays and/or high computational complexity. Therefore, a development platform is urgently needed to implement the innovative strategies in a blockchain platform for video streaming. And, it needs to overcome the existing challenges such as long transaction times and limited computing power.

Or to put it more simply: We are not there yet.

BlockbusterDAO would therefore have to spend incredibly large sums of money to solve this problem of “scalability.” Which also leads us to the so-called Blockchain Trilemma. The blockchain trilemma refers to the widespread belief that decentralized networks can only ever offer two out of three benefits in terms of decentralization, security, and scalability. Should BlockbusterDAO rely on scalability, they would either have to cut back on security or on decentralization. But no one wants an insecure streaming platform, nor a DAO without a decentralized approach.

BlockbusterDAO has set itself big goals and faces even greater challenges. So we can all watch with excitementas to whether the BlockbusterDAO will suffer the same fate as the ConstitutionDAO. Or, will we see the birth of a new streaming giant? We will definitely keep you up to date.