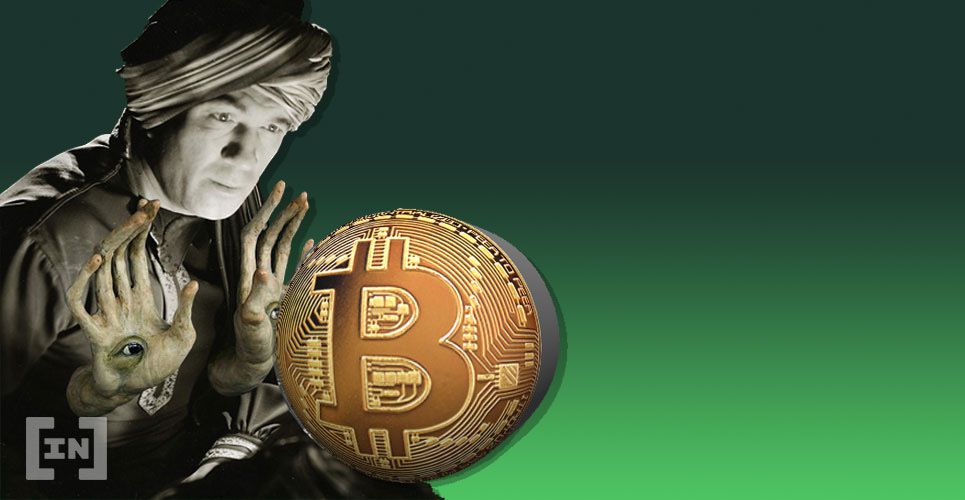 During the previous week, the Bitcoin price decreased by roughly 20 percent. However, it initiated a bounce near $6600 on November 25 and has increased by 10 percent in less than 12 hours.

While there are is no surefire explanation about the rapid decrease, there are several hypotheses.

A self-proclaimed co-founder of Bitcoin stated that it was him that caused the crash, in order to retaliate to the negative reaction of the cryptocurrency community towards some of his claims. Ironically, this claim led to even more backlash — giving rise to challenges that he must prove some of his statements, such as his ownership of more than 100,000 BTC.

Today, the Bitcoin price reached a low around $6600 and began a reversal — which is still ongoing. Cryptocurrency trader and analyst @scottmelker stated that the Bitcoin price has printed a beautiful reversal candle with a very long lower wick. Additionally, he noted the presence of bullish divergence in the oversold area.

Well in profit on both of my $6,900 area buys. pic.twitter.com/HVKbvojCGV

Bitcoin in a Descending Channel

The Bitcoin price has been trading inside a descending channel since reaching a high on June 24.

Another increase ensued and the Bitcoin price is currently in the process of creating a bullish reversal candlestick. 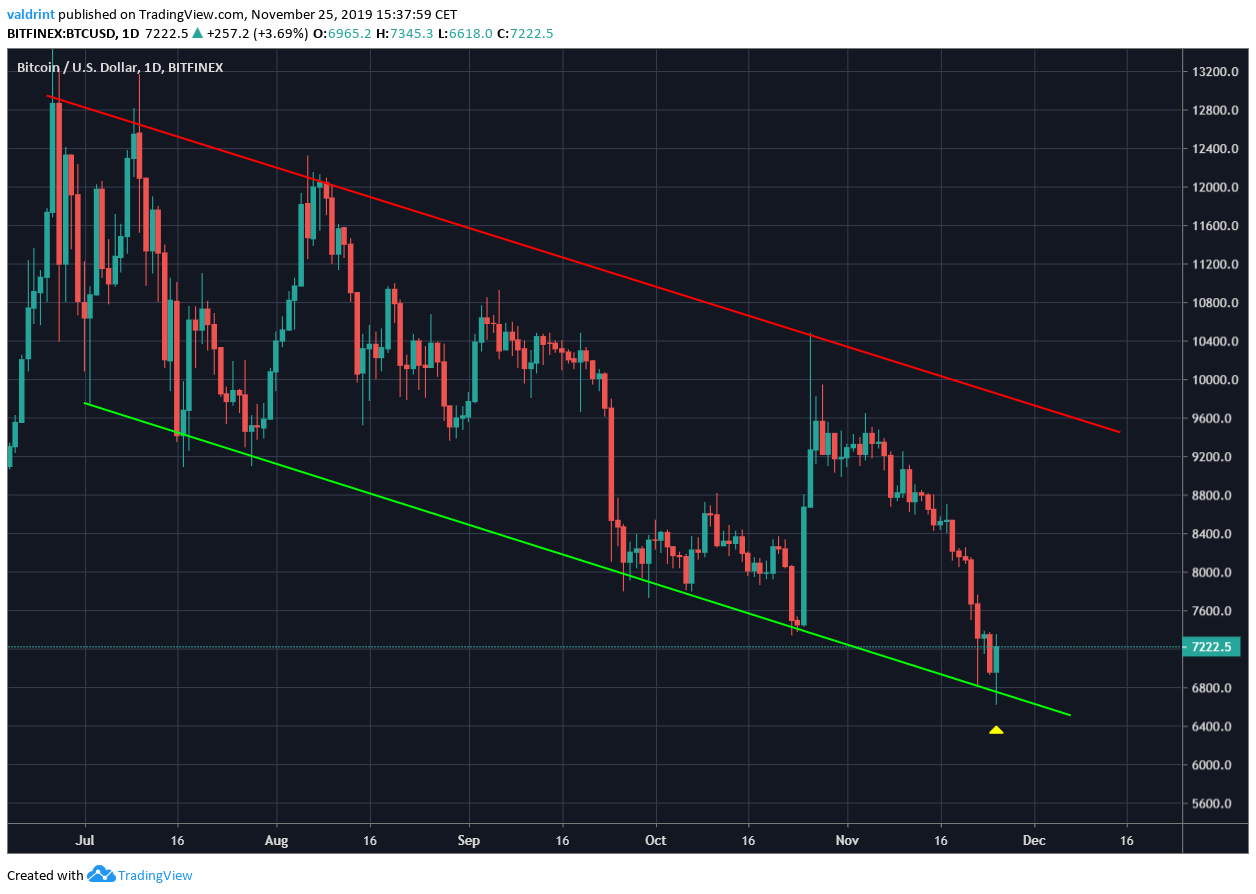 Looking at lower time-frames, we can see a strong bullish divergence in the RSI.

Additionally, the Bitcoin price is in the process of creating a morning star pattern. A price close above the previous bearish candlestick’s open at $7300 would likely confirm the reversal. 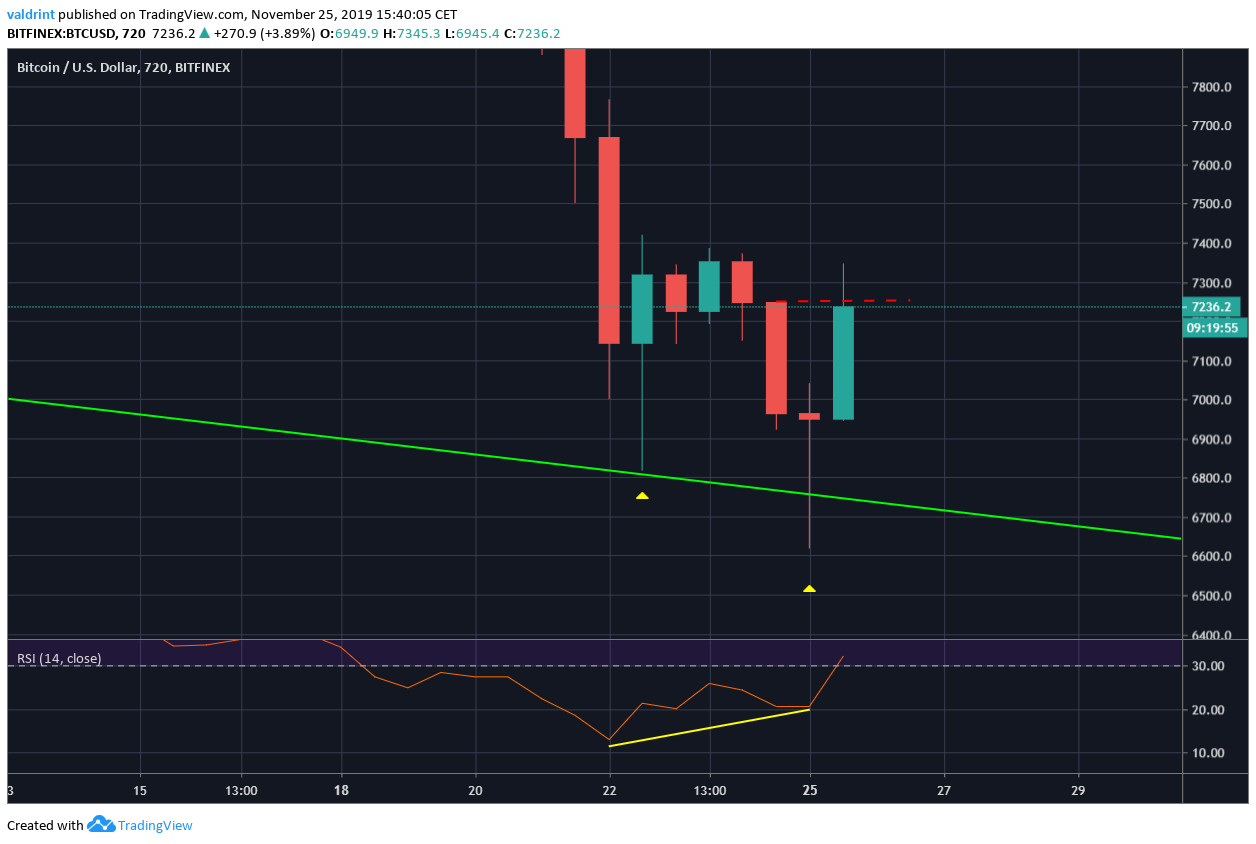 In the short-term, the main resistance areas are at $7400 and $7600. It is likely that the Bitcoin price retraces slightly once it reaches them.

However, a daily close above the second resistance area would confirm the previous pattern and the reversal scenario. 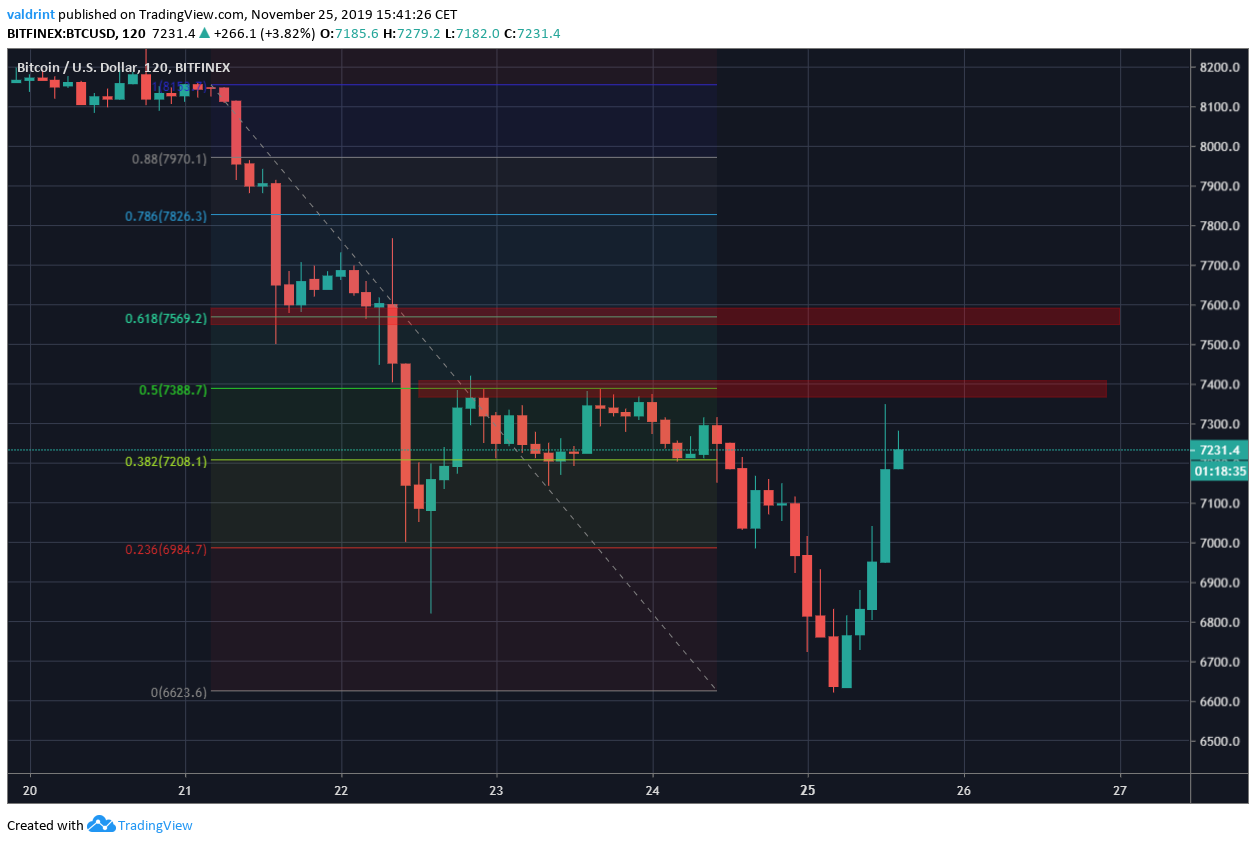 To conclude, after a long and rapid decrease, the Bitcoin price seems to have begun a reversal. While this trend is not yet confirmed, it occurred at a likely reversal area and is supported by technical indicators.