Throughout its history, the Bitcoin price has followed several fractals based on previous movement. Additionally, there have been numerous events which are considered to be predictive of Bitcoin’s price movement, such as the halving.

One slightly more bizarre occurrence is the price movement after November 13. Since 2014, the day marked the beginning of either a significant upward or downward move.

In 2019, it seems likely that today is the lowest point before an upward move that will take the price above $10,000.

Cryptocurrency trader @paddystash stated the significance of November 2013, while suggesting that if Ethereum breaks out from the resistance line then altcoin dominance might blow up.

🤔… Is this the perfect storm?

Is today the day?

Will $eth smash that downtrend?

Will #altcoin dominance blow through the roof??

Let’s look at each of these statements individually and see if there is any merit to them. 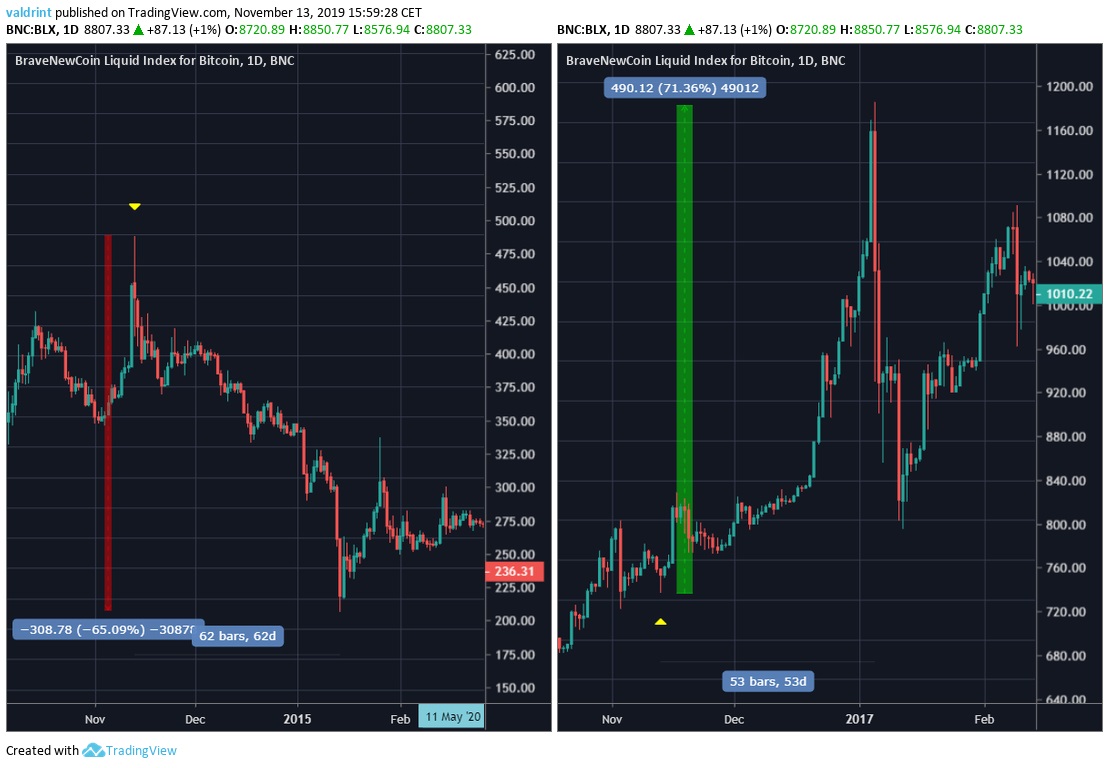 On the other hand, on November 13, 2018, it preceded the final downward move of the correction, initiating a decrease of 50% in 31 days. 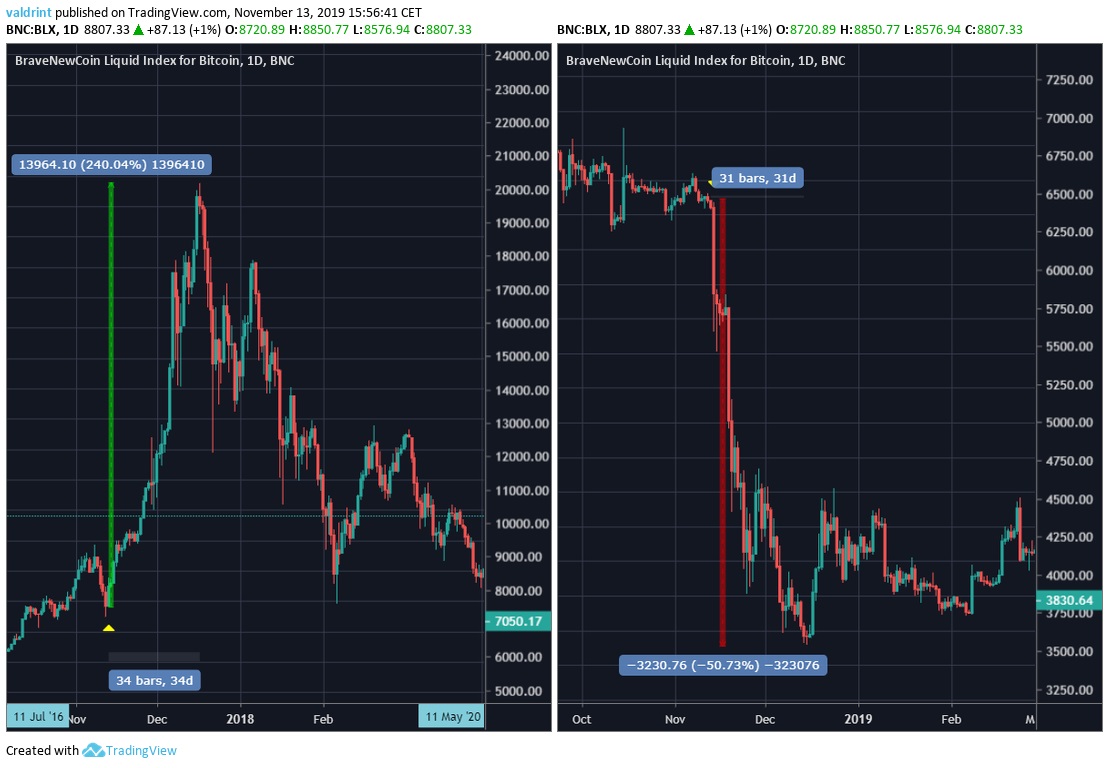 Therefore, during the last five years, November 13 has twice marked the beginning of an upward and twice of a downward move. Today, the BTC price has validated the previous resistance line as support. Therefore, a downward movement does not seem likely.

Rather, if the price increases at a similar rate to the previous November 13s, we could see a retest of the $13,700 highs, an increase of 60% within the next two months. 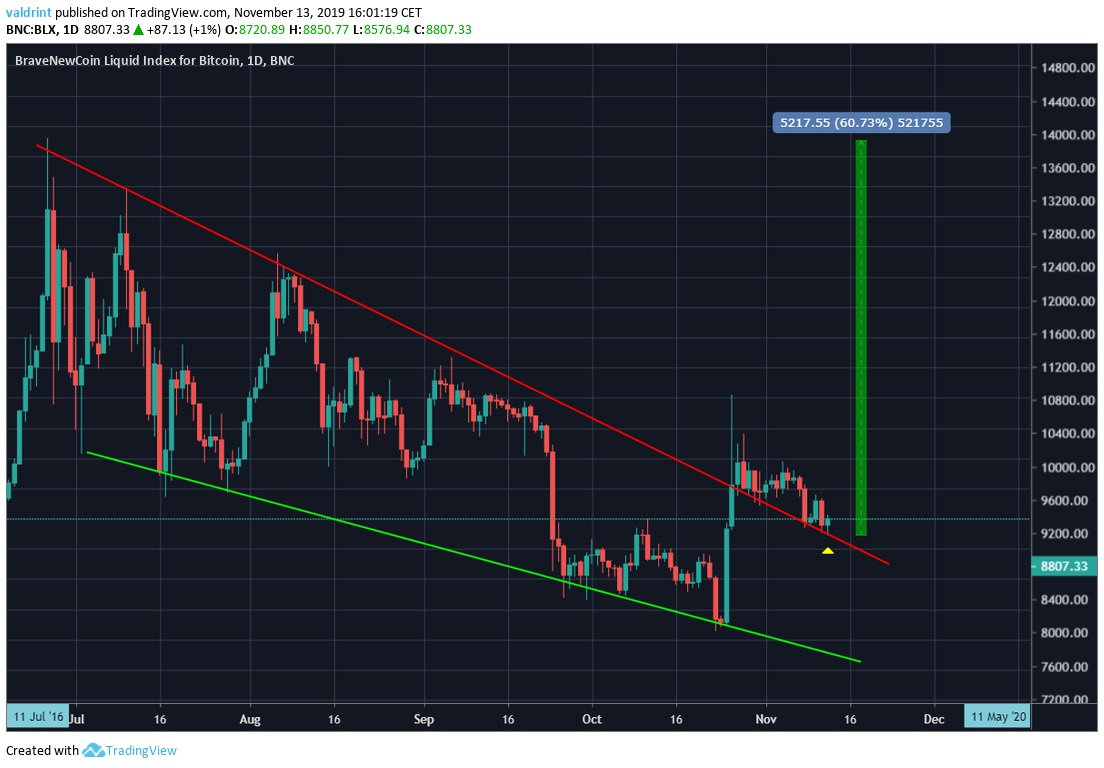 Finally, the Ethereum price created a double bottom on September and October 20, before breaking out from the long-term descending resistance line.

The current price movement looks like consolidation after an upward move and the price looks likely to continue its upward trend. 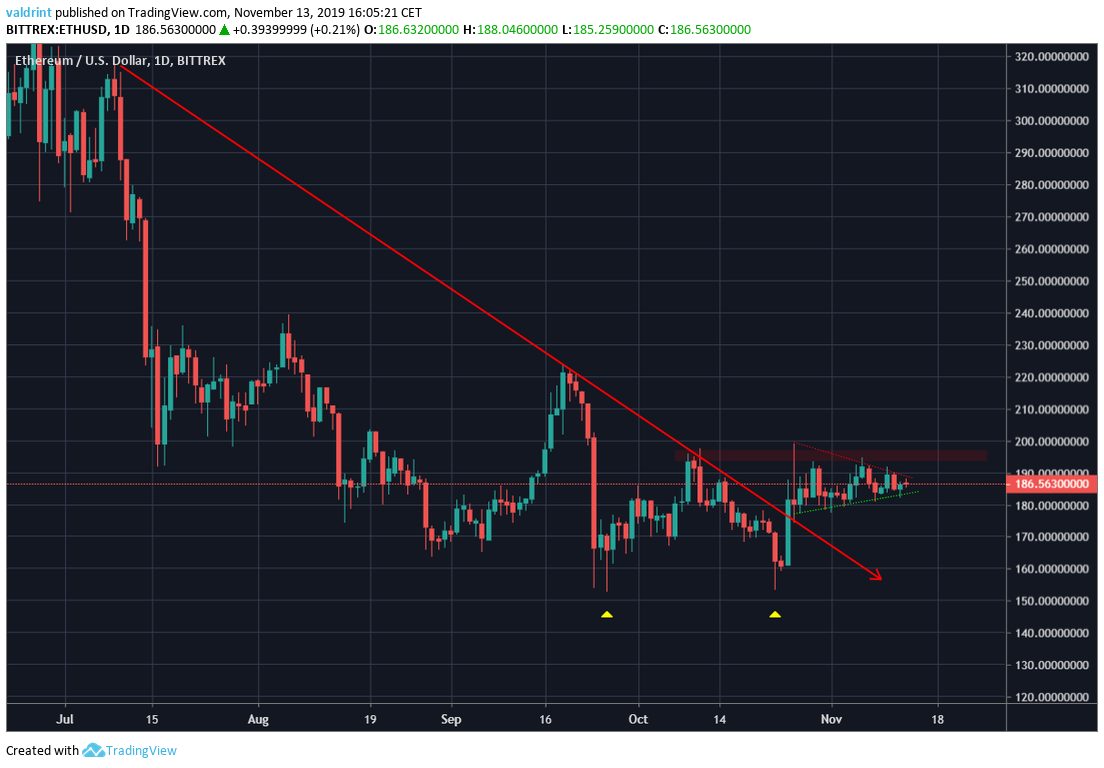