On April 15 the BTC price decreased considerably, at one point reaching a low of $6,461. In addition, the closing prices were the lowest reached so far in April. However, the trend reversed the next day, and BTC has increased by almost 10% on the day.

Well-known trader @C2M_KillMex has outlined a fractal which explains the current BTC price increase. He suggests that this will be the final high along the current resistance line before a sharp drop ensues. To better illustrate this movement, he has used a very similar pattern that transpired at the end of February.

'History doesn't repeat itself but it often rhymes'

This would result in a final move towards H4 supply before breaking down. pic.twitter.com/kvDcefS9Hs

Since the high, BTC created four successive lower-highs along a descending resistance line. If the fractal continues to be followed, the current BTC price movement is at the fourth touch of this resistance line.

After the downward move accelerated, BTC returned all the way to the 0.88 Fibonacci level of the entire upward move before reaching its bottom.

The most recent rally began on March 20. Interestingly, the move lasted for 18 days, the same amount of time as in February, with the price reaching a local high on April 6. In an almost identical manner, the price created an ascending support line and completed a five-wave Elliott formation.

Since the price broke down, it has created a descending resistance line. At the time of writing, it was trading directly on this line, validating it for the fourth time.

If the price continues following the fractal, it is likely to reach a low of $6,000, coinciding with the 0.88 Fib level and expected to be reached by the end of the month.

We used a similar fractal in a recent analysis article, giving a target of $5,700 reached by the end of the month. 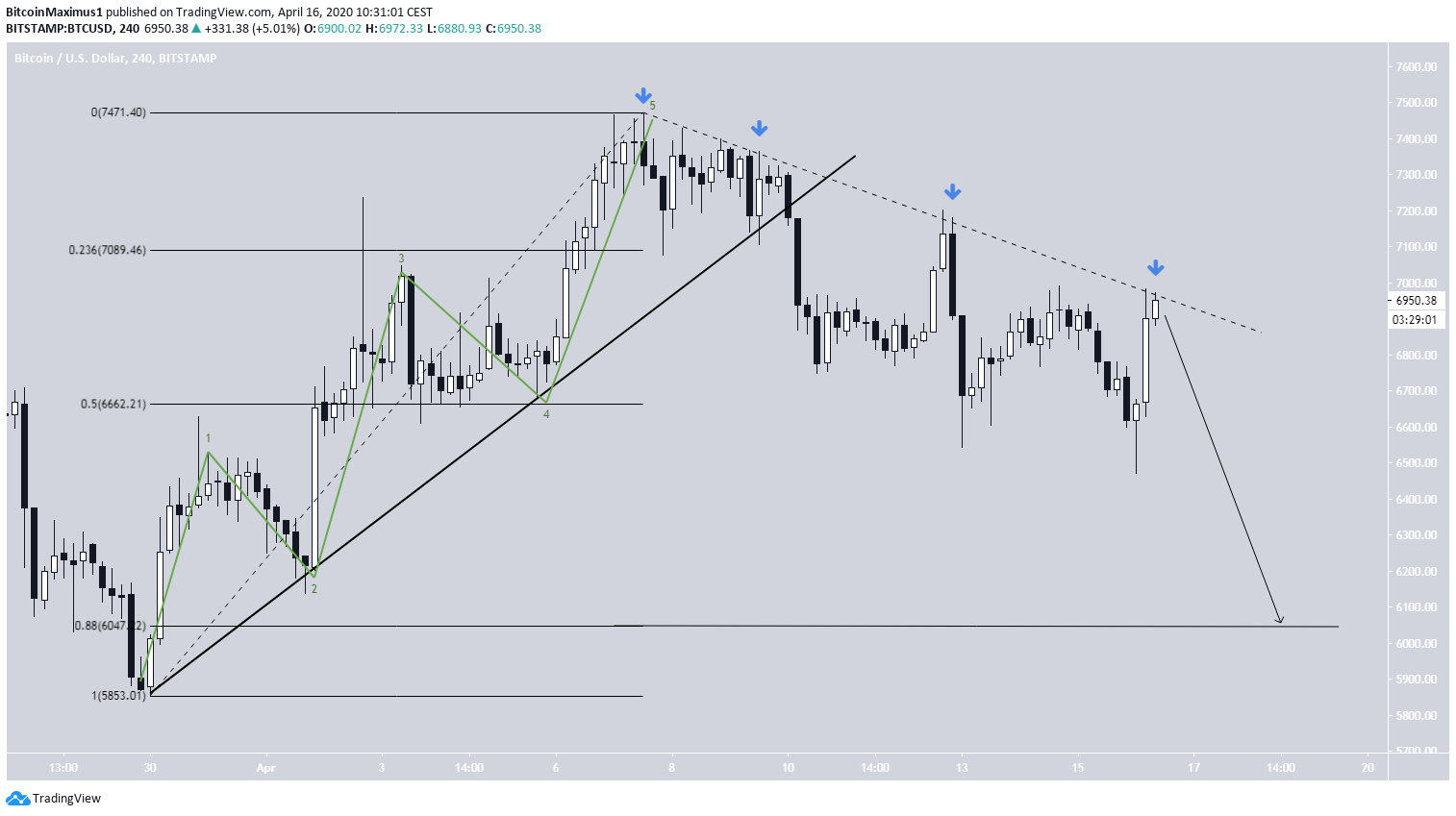 To conclude, the BTC price has possibly been following a fractal from February 2020. If it continues doing so, the price is expected to reach a low between $5,700-$6,000 by the end of the month.