Bitcoin’s price movement and its hash rate have long been speculated to have a correlation.

Recently, a pattern has emerged which suggests that the price of BTC begins to increase shortly after the difficulty is negatively adjusted. This correlation has three phases. Every time the price reaches an all-time high, the difficulty of mining increases gradually before slowing down and then decreasing slowly. As miners capitulate with this decreased difficulty, Bitcoin initiates a rapid price increase.

Another method to predict the Bitcoin price is given by the RSI. According to it, Bitcoin is very close to beginning a new market cycle.

Cryptocurrency trader @davthewave stated that the monthly RSI is at an almost-identical level as it was in the two previous upward cycles — in 2011 and 2015, respectively. If so, this would indicate that the new market cycle has begun and we will eventually reach a new all-time high.

Let’s analyze this movement closely and see if the price will indeed act in this way.

Looking at the three movements, there are more similarities between the second and third (current) one. While the RSI had a similar trend angle in the first move, the trendline broke once. Additionally, the low reached by the RSI prior to the second and third upward moves coincide with a price low that touched the support line.

Therefore, we will look for more similarities between these two moves. 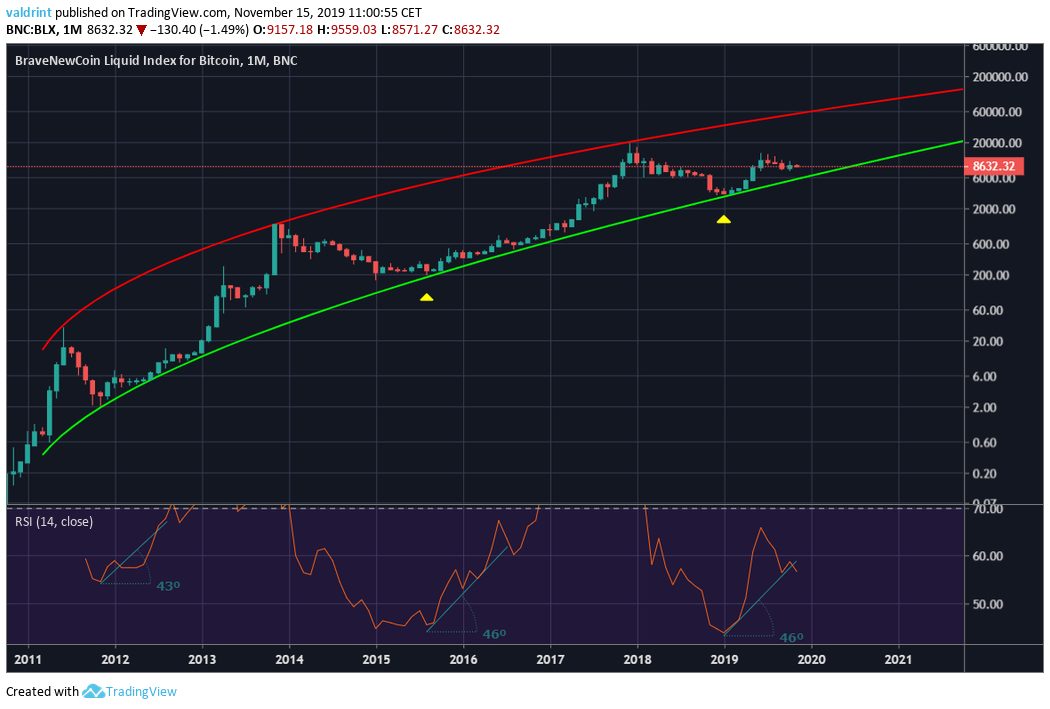 Looking at the weekly chart, we can see more similarities.

The trend angle of the RSI is almost identical. Furthermore, the RSI low at the support line also coincided with the 200-week moving average (MA). This also suggests that the two lows indicate similar points in the market cycle.

Therefore, Bitcoin might have begun its new market cycle in December 2018. 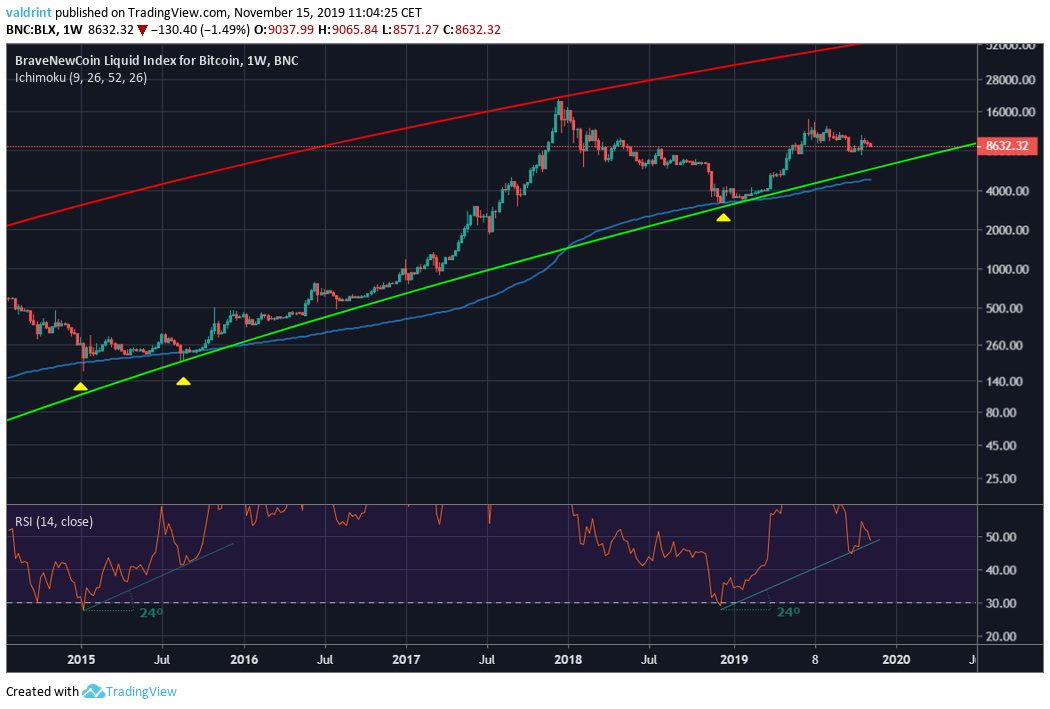 One way to make the prediction would be to look at the Bitcoin price movement before/after the block reward halving.

After reaching the aforementioned low, the Bitcoin price increased gradually until its halving. 250 days afterward, the rate of increase accelerated. Therefore, if the price follows the same pattern, it will accelerate its rate of increase by January 2021 and reach a high above $100,000 during the same year. 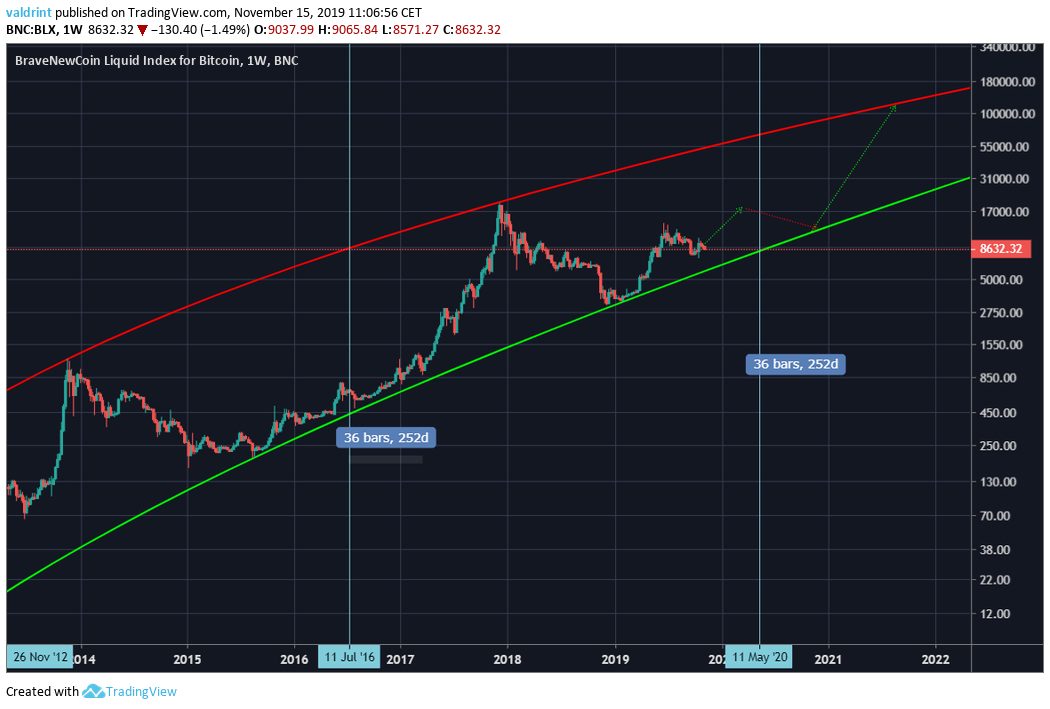