Bitcoin Ready to Move to $9000, According to Bob Loukas

Beginning in 2013, Bitcoin has generated the majority of its gains in only 10 days of the year. If we remove the 10 most profitable days each year, Bitcoin would have been down 25% since the beginning of 2013.  In order not to miss out on these gains, Binance Research suggests that the most profitable strategy is to HODL.

Other people, especially traders, might disagree. If someone were to HODL since December 2017, they would still be doing so at a loss of 50+%. Therefore, the right play would have been to sell in January 2018.

One such trader and analyst is @BobLoukas. He stated that Bitcoin is on day 23 of an upward cycle which began on October 24. Currently, the price is at the midpoint of this cycle.

Day 23 and at the midpoint of the Cycle for #bitcoin.

Must find support here. Wouldn't be surprised with a move to $9k from here out of this half low. pic.twitter.com/jNWHRPZfUV

Bob Loukas stated that he would not be surprised to see a move towards $9000 from here and has outlined a possible price movement.

Let’s take a closer look at this movement and decide if a breakout is likely.

We can describe volatility as how much the value of an asset changes over a given time. A volatility index... More of an asset over time. It usually graphs two standard deviations above and below the price.

Therefore, once the price moves outside the scope of the bands, a reversal often occurs. The current Bitcoin price level is slightly below the lower band. Additionally, it is at the previous resistance line, possibly validating it as support.

Judging by this indicator, a reversal looks likely. 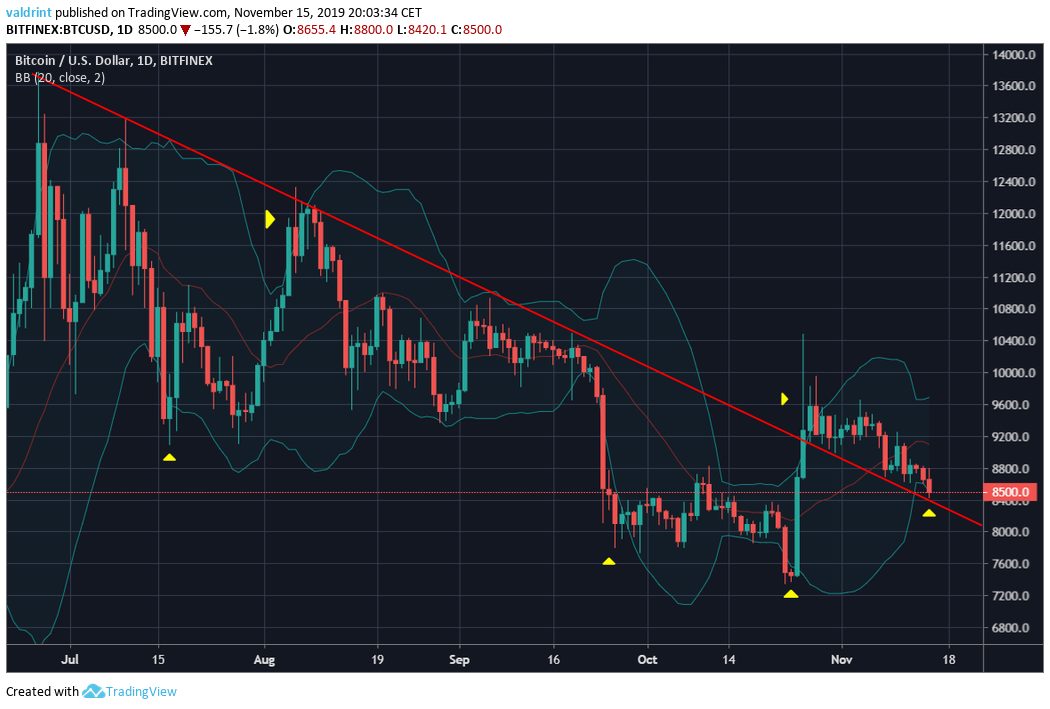 Looking closer at the price movement, the price is trading inside a descending wedge.

It is currently at the support line of the wedge and the 0.618 fib level. A breakdown from here could trigger a rapid price increase.

The price created a shooting star and followed it with a bearish engulfing candlestick. This is a bearish development. However, this was done in a very low volume.

If the price does not break down within the next few hours, we would likely see a reversal and a breakout from the wedge.

If that were to happen, it is likely that the price would reach highs above $9000. 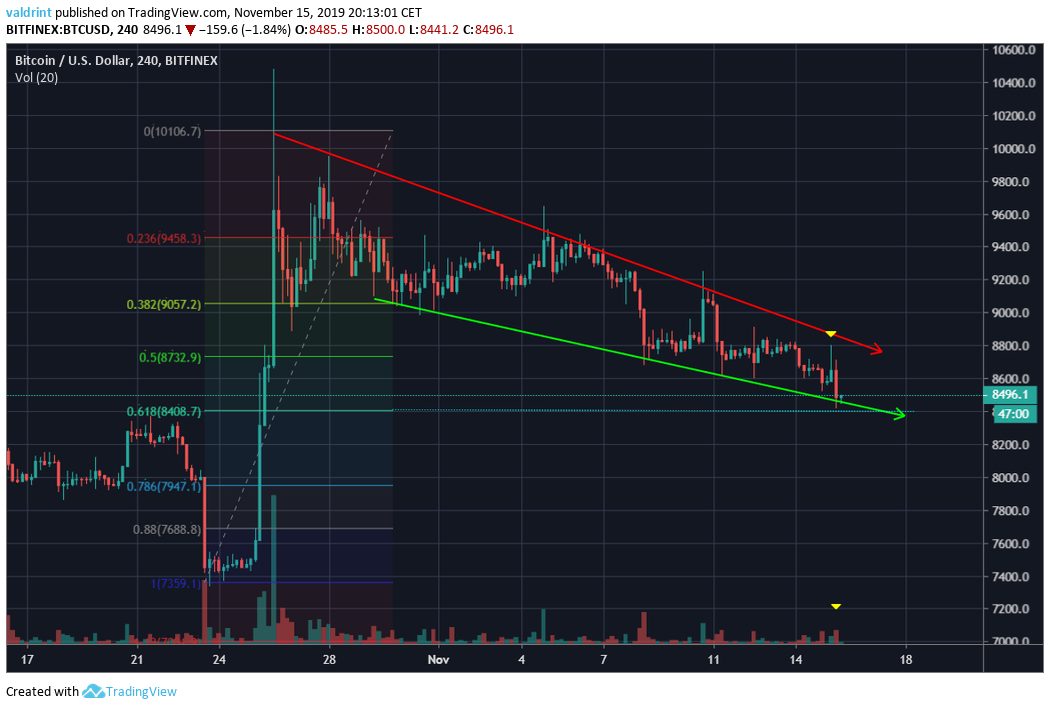