Bitcoin Price Target of $8600 Identified by Crypto Analyst, Will it Get There?

On October 9, cryptocurrency analyst @D4rkEnergYYY identified a bull flag in the BTC price, which is a bullish pattern.

📢$BTC has made a PERFECT BULL FLAG

This is text book Classical Charting Bull Flag, and this might take us directly to 8,613 USD!!

Furthermore, since this pattern followed the upward move from October 7, it is very likely to act as a continuation pattern.

The potential target following a breakout from this move is found at $8600.

Let’s analyze the possibility of the price getting there.

Pattern Within a Pattern

Since the tweet was made, the price indeed broke out from the bull flag, reaching a high of $8274 before decreasing slightly.

The breakout transpired with very low volume, reducing its significance. 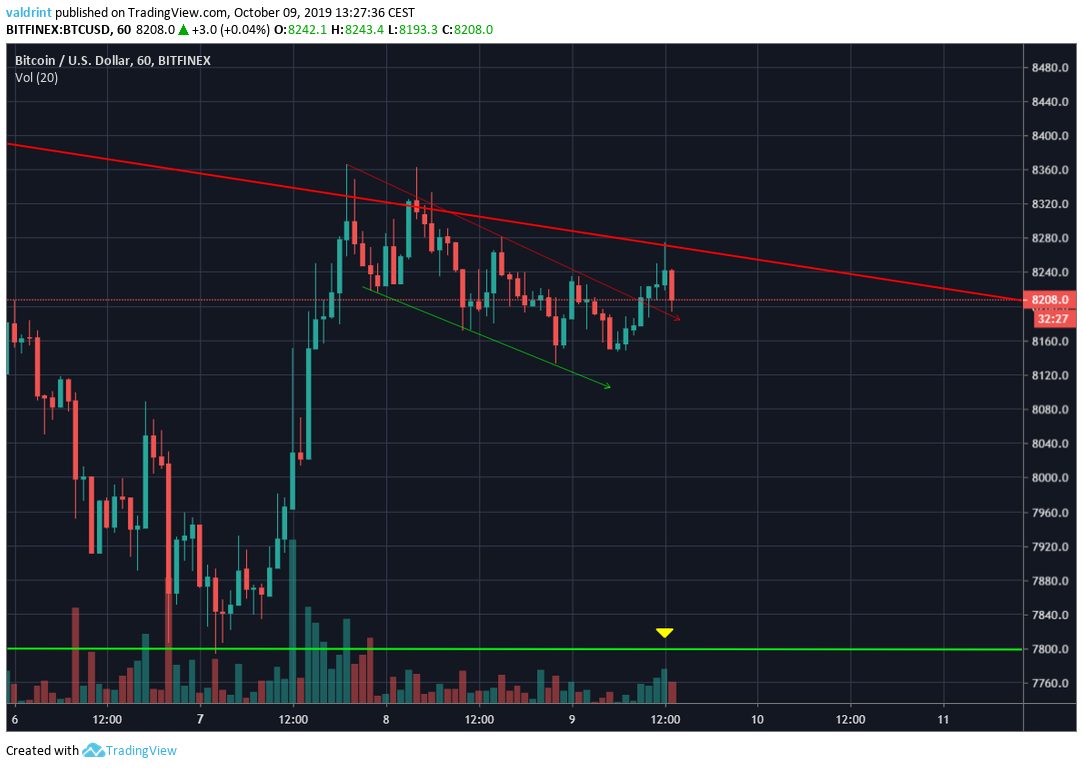 The upward movement stopped as soon as the price reached the descending resistance line of the longer-term triangle.

At the current time, the price has decreased and touched the previous resistance line.

In order to understand this movement, it is vital to analyze the descending triangle, which has been in place since September 24.

The descending triangle is a bearish pattern which created following a rapid downward movement.

Therefore, it would be customary for the price to eventually break down from it. 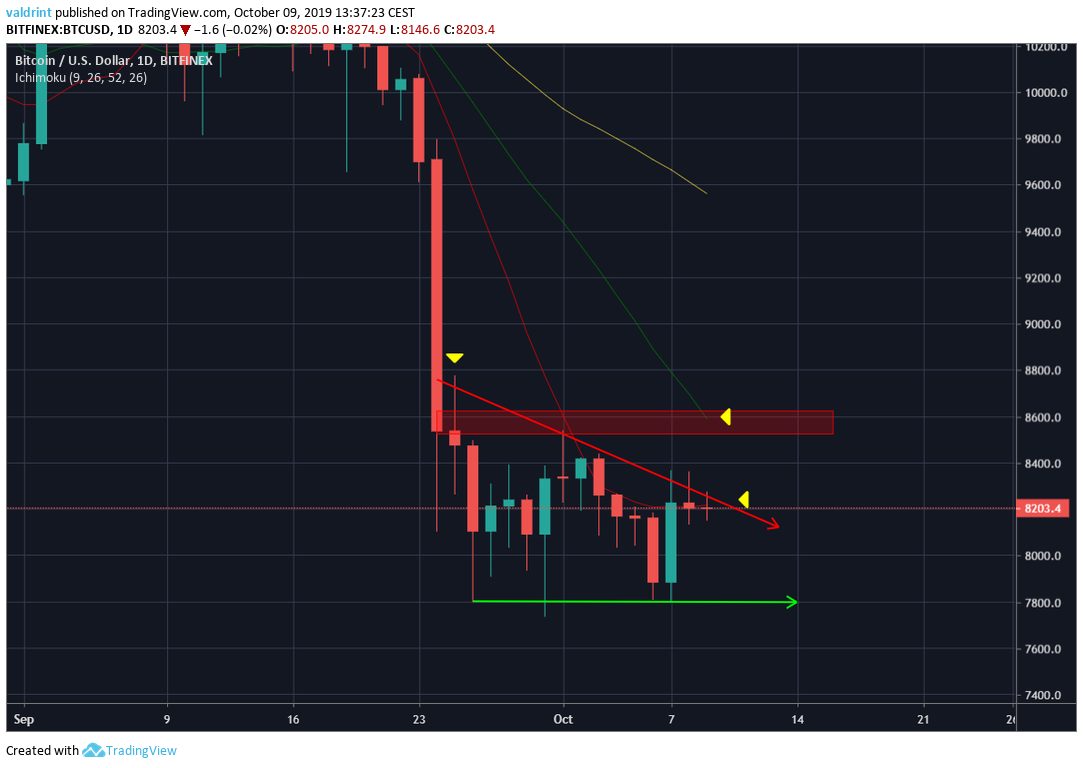 While this directly contradicts the bull flag breakout, I believe this movement is very plausible.

The reasoning behind it is that the triangle is a much longer-term pattern that followed a downtrend of several months.

The long-term pattern always takes priority over the short-term one, which in this case is the bull flag following a daily increase.

Additionally, this view is strengthened by the fact that the breakout ended once the price reached the resistance line of the triangle.

This further validated its significance.

Finally, the 10-day MA is offering close resistance to the price, confiding with the descending resistance line.

Therefore, while the price broke out from the bull flag, we do not believe it is likely to reach the resistance area of $8600.

Do you think the Bitcoin price will break out above the descending triangle? If it does, how high do you think it will go? Let us know in the comments below.

Facebook's Libra Is Already Being Forked