The positive attitude towards the cryptocurrency industry has been constantly growing. Recently, it was predicted that Bitcoin would fare very well in an economic recession. Additionally, the positive sentiment has also spilled over to Bitcoin miners, which have achieved historically high hash rates.

To further accentuate the growing difference between Bitcoin and the banking sector, the recent protests in Lebanon have caused banks to close for the sixth day in a row. Many people were quick to point out that the same could not have possibly happened if Bitcoin were used as a store of value instead.

However, not everyone has a positive attitude towards Bitcoin. Cryptocurrency trader @donalt stated that Bitcoin’s latest price action looks like “absolute garbage.”

While no specific reason was given for this, a chart with resistance and support areas has been posted.

Let’s analyze it and discuss if the Bitcoin price movement really is “garbage.”

[Editor’s Note: Shortly after the writing of this article, the Bitcoin price decreased rapidly.]

Head and Shoulders Pattern for Bitcoin

Looking at the movement in the same time-frame as posted in the above tweet, we can see a head-and-shoulders pattern (H&S) forming.

The head-and-shoulders is a bearish pattern, making a price breakdown more likely. Therefore, looking at the same time-frame, the bitcoin price movement indeed looks like garbage.

However, when looking at the daily time-frame, we can see a different possibility.

The price has been trading inside a descending wedge, which is a bullish pattern since June 26.

Also, we can see the previous H&S pattern.

A breakdown from this pattern could take us all the way to the support area near $7200, which coincides with the descending support line. Therefore, this possible medium-term decrease can be potentially dwarfed by the ensuing breakout from the current descending wedge. 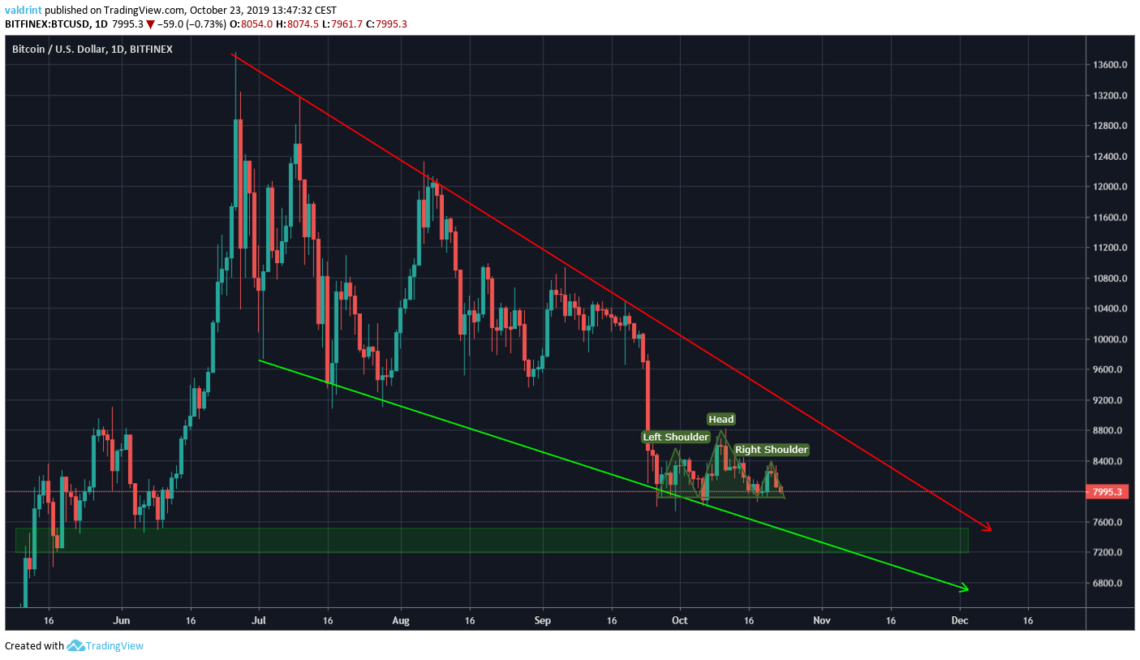 Do you think the Bitcoin price will eventually break out from the wedge? Let us know in the comments below.