Bitcoin Price Crashes to $8,000 One Day After Bakkt Futures Launch

Just a day after Bakkt’s Bitcoin futures platform went live, Bitcoin dropped below $9,000, trading at around $8,400 as of press time. 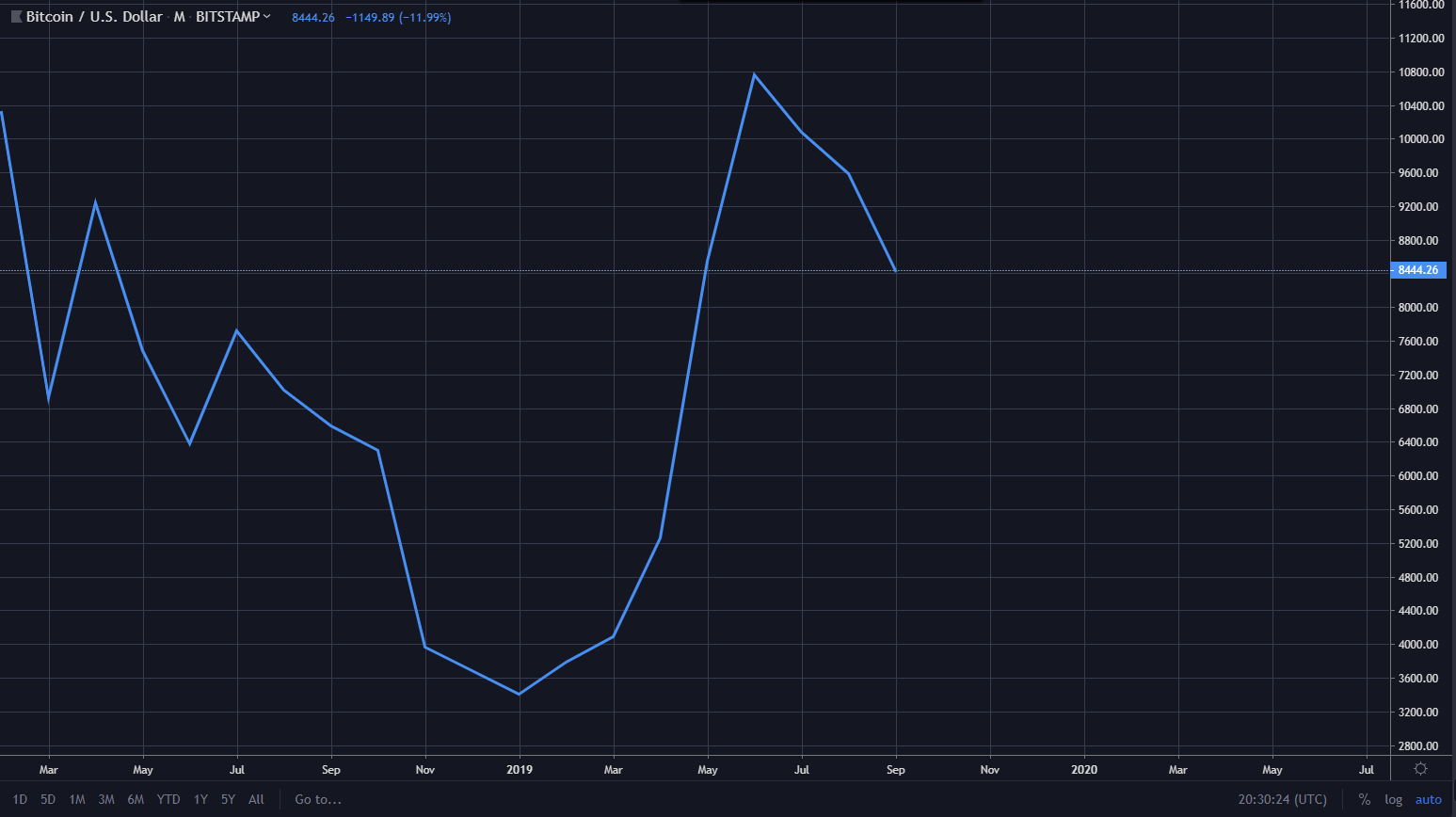 Why? Well, there are a few speculations, but researcher Larry Cermak (@lawmaster) tweeted out that close to half a billion in liquidations occurred via BitMEX.

Nearly half a billion in liquidations on BitMEX. Talk about a massive long squeeze 📉 pic.twitter.com/Uc0fnSzN5f

Bitcoin hasn’t been this low since June, and such a sharp drop is unprecedented as well despite the price having fallen below the $10,000 mark over the past week. On top of this, Ethereum and Litecoin have dropped around 20% as well.

This news goes against what many believed would happen with the launch of Bakkt’s futures platform. Instead of a price drop, traders hoped that Bakkt would skyrocket Bitcoin’s value. However, the platform saw a disappointing launch, with only 71 contracts made in its first 24 hours of operation.

That said, this sort of drop has happened many times before, and some investors aren’t worried about the potential consequences. One Twitter user even said, “When in doubt, zoom out!” They’re referring to the fact that a short-term drop doesn’t mean the end for Bitcoin at all.

Still, this leaves many to question why Bakkt may not have pushed the price as high as investors had hoped. There’s the belief that brokers simply aren’t ready for the market, or that they’re prepping to make significant trades later on.

Bakkt isn't showing a whole lot of bitcoin volume on its first day of trading, no fireworks as many expected.

But, Bakkt actually launching before the year's end sets a good precedent entering 2020. As brokers get ready, it will likely see more volume. pic.twitter.com/jRoZJRwVXh

As you may know, Bakkt’s Bitcoin futures are different than the ones provided on the Chicago Mercantile Exchange (CME) or Cboe in the fact that they’re settled in physical Bitcoin instead of fiat.

However, when compared to other financial vehicles Bitcoin still has one of the highest ROI’s out there, meaning there’s probably still a long way to go before we see the asset either stabilize or outright fail.

What do you think about the big Bitcoin drop? Will it recover shortly or will we sit around at these lows for a while? Let us know your thoughts in the comments below.