The price of Bitcoin has been through numerous market cycles. Very often similarities arise between current and previous cycles. These similarities allow us to make predictions about future price movements. They can be seen in both the price action and technical indicators.

One such indicator is the Relative Strength Index (RSI), which measures momentum and uses it to identify overbought and oversold conditions. At the time of writing, the daily RSI had recently just crossed into oversold territory. This often indicates that the local low is close to being created and market conditions are setting up for an upward move.

However, the RSI can stay oversold for lengthy periods of time before the price moves upward. If previous history is anything to go by, the RSI is likely to do so for several weeks before the price begins to creep upward.

As popular crypto analyst @davthewave pointed out, the last time the daily RSI became oversold, it stayed at that level for 32 days.

RSI on the daily spent a month in over-sold conditions last time. And even as the RSI started to recover, prices still pushed lower…. pic.twitter.com/KHfs7791SN

Let’s assume that a similar movement happens this time around.

Where will the price make a low? When will it do so? Let’s look closely at both these movements.

In late June 2018, the Bitcoin price began to follow an ascending support line. It continued to do so for slightly more than four months.

However, a breakdown transpired in November. 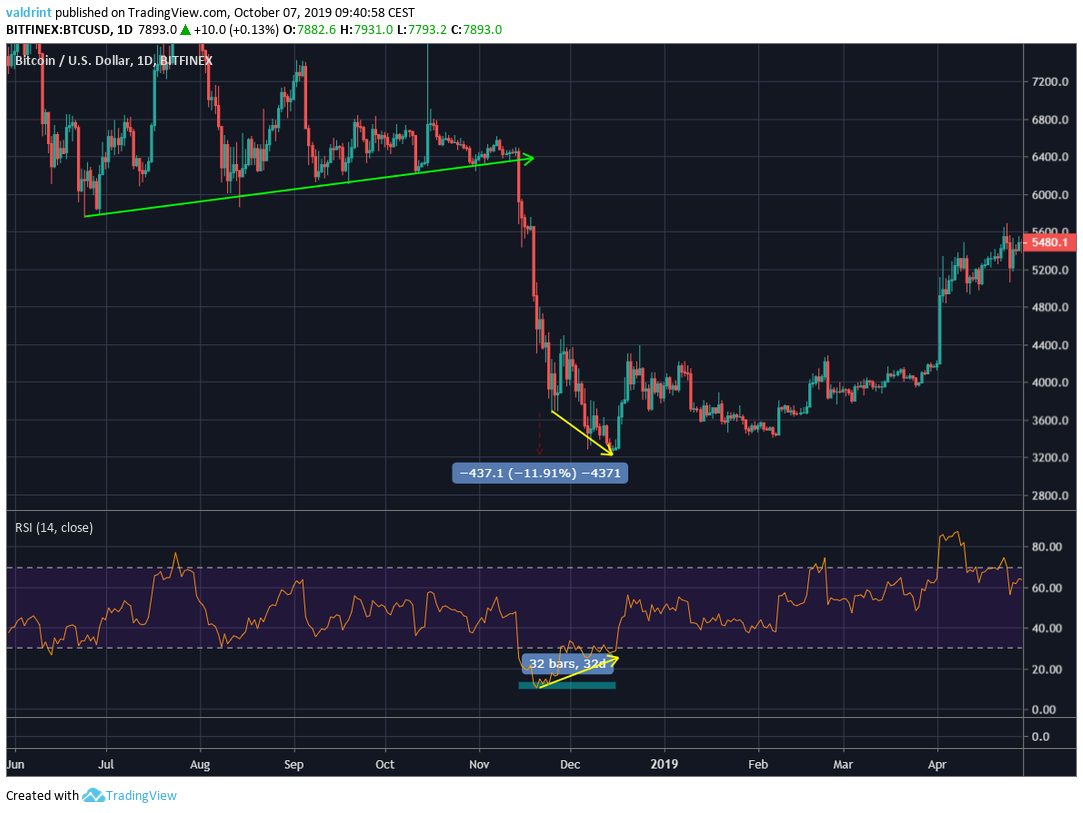 This caused the price to rapidly decrease to $3400 and the RSI to reach oversold levels.

This was combined with strong bullish divergence in the RSI, which moved above the oversold area and did not return until October 2019.

To summarize the price movement after the breakdown, BTC made a lower low combined with a higher low in the RSI after roughly four weeks

After doing so for two months, the price broke down. 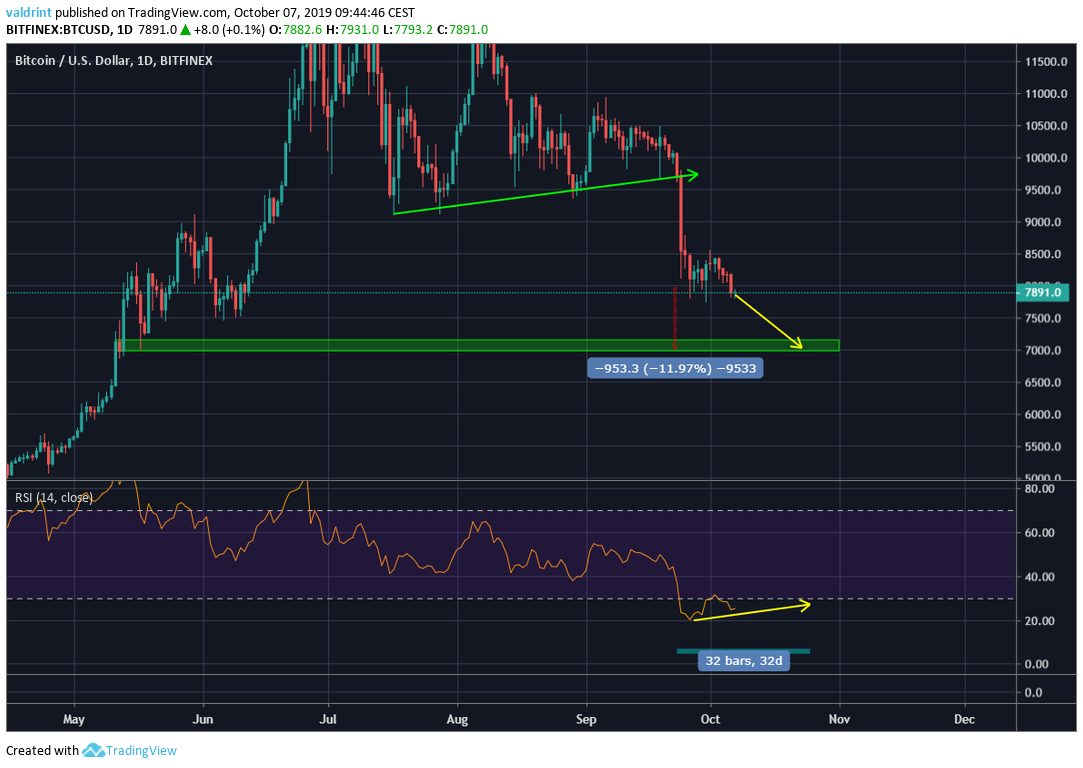 It immediately made a low of $7800 and has been hovering around this area since.

If the next move has the same magnitude and length of time as it did in 2018, BTC should make a final low around $7000 at the end of October before moving upward.

The price movement afterward should be similar to that after the aforementioned $3200 low. This would make $7000 the yearly low and we likely see prices above $10,000 in the near future.

The BTC price movement in July 2018 and 2019 shares some similarities, the oversold levels of the RSI being the main one.

Assuming the similarities will continue, BTC is likely to make a lower low of $7000 within the next 1-3 weeks and resume its upward movement.

The RSI suggests that the correction is approaching its final wave. Meanwhile, more and more Tether is being moved around, which leaves some to wonder if Bitcoin’s price may soon pump, as BeInCrypto has previously reported.

Do you think BTC will make a lower low? Will it increase afterward? Let us know in the comments below.