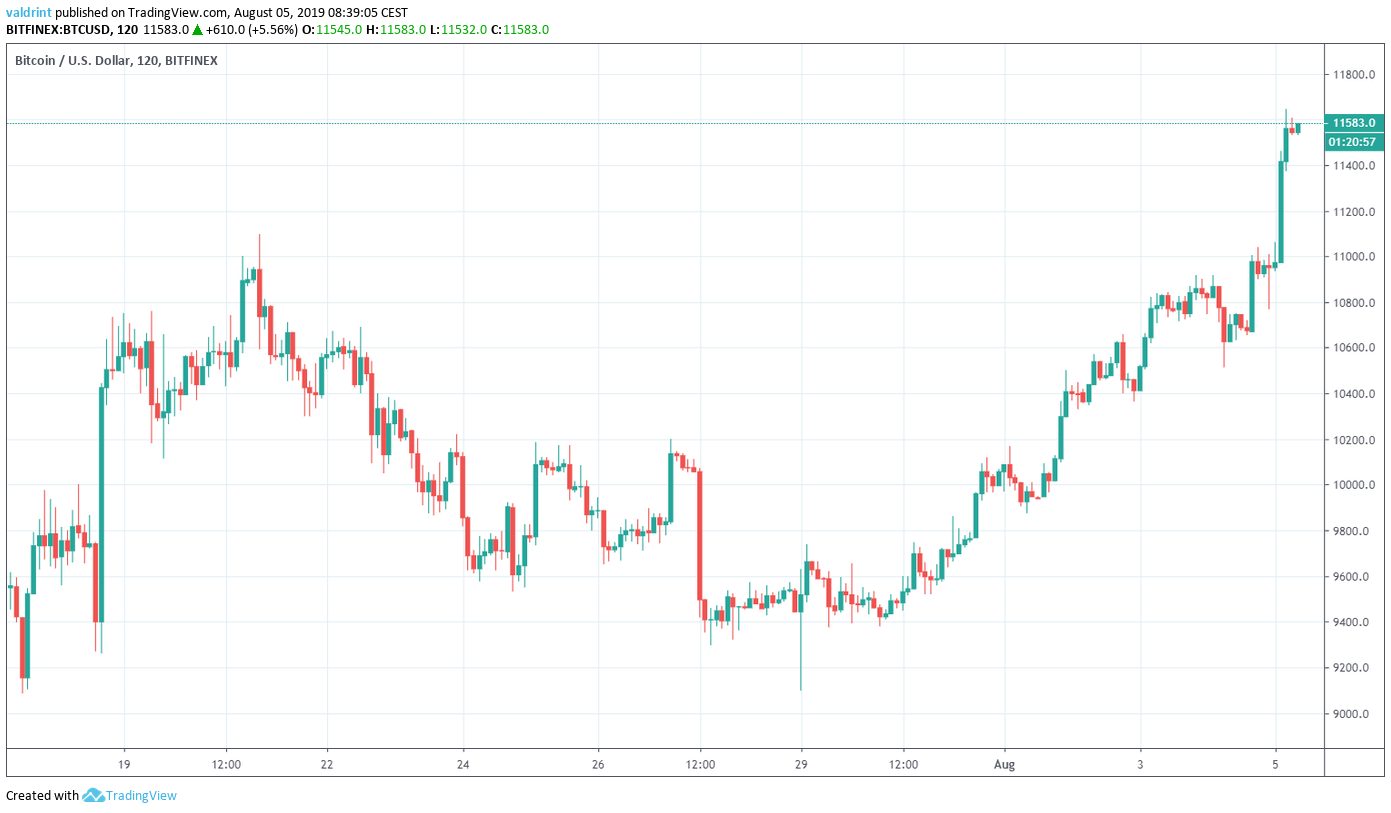 How long will BTC continue to increase? Keep scrolling if you want to find out. 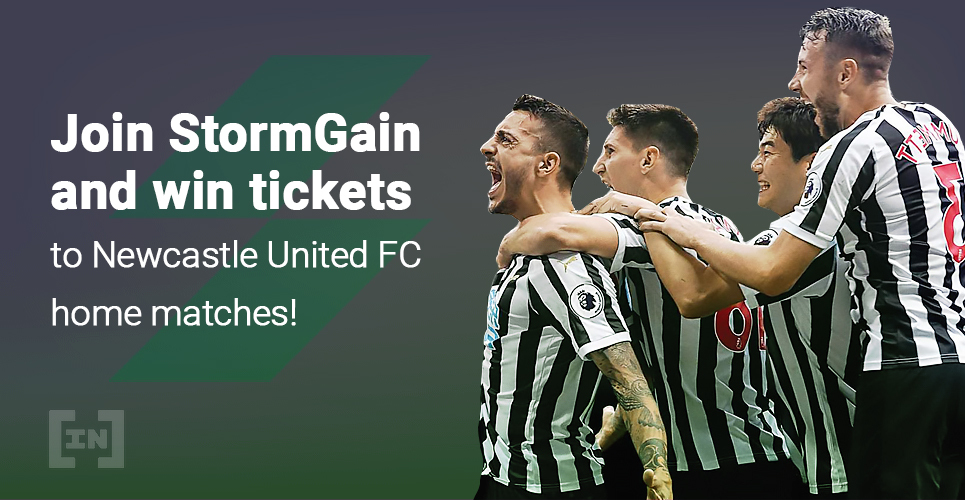 A look at the six-hour time-frame shows that BTC has been trading inside a descending channel since June 25.

At the time of writing, it was trading slightly below the resistance line. 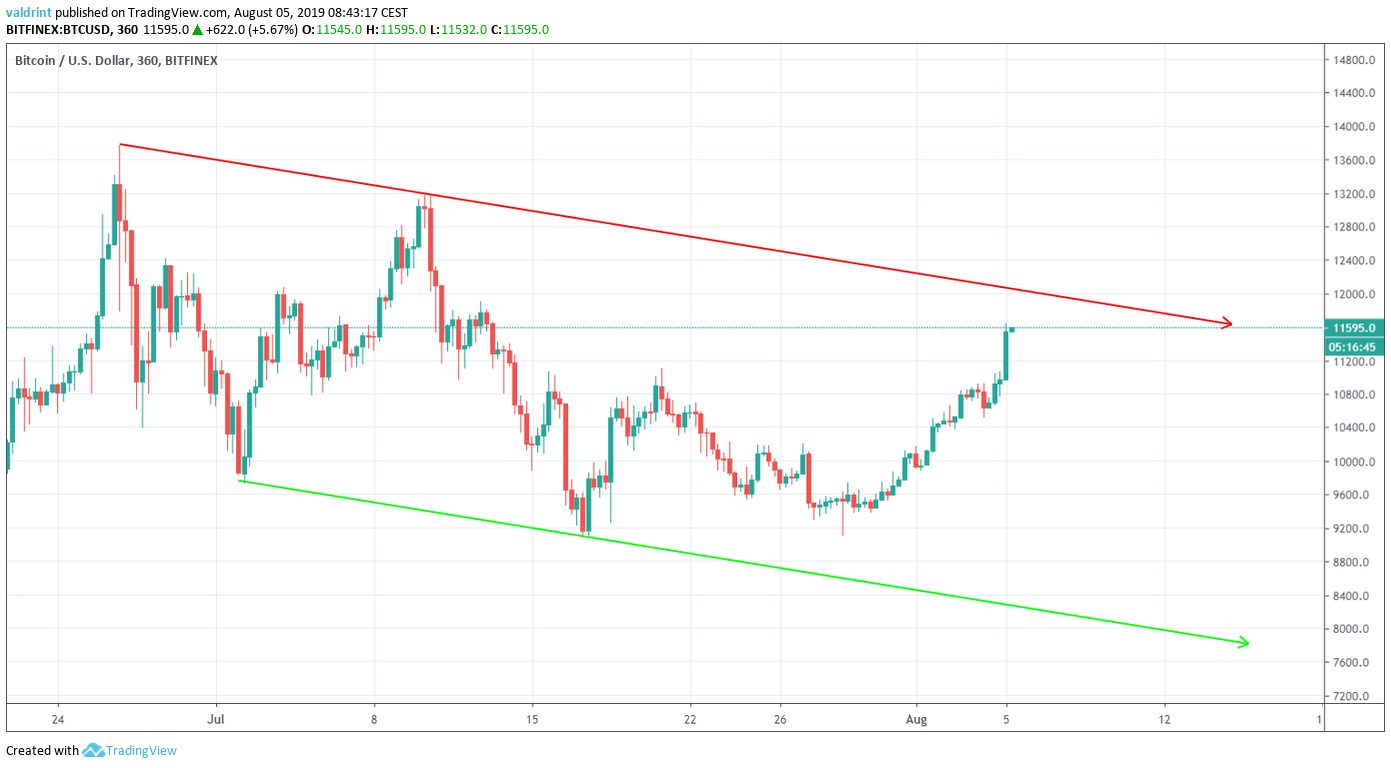 Both the resistance and support lines have been touched only twice.

However, due to their position and the fact that we can draw parallel lines to connect them, we believe that both the support and resistance lines will follow the outlined slope.

Additionally, the projected resistance line coincides with a significant fib level that is likely to provide resistance. 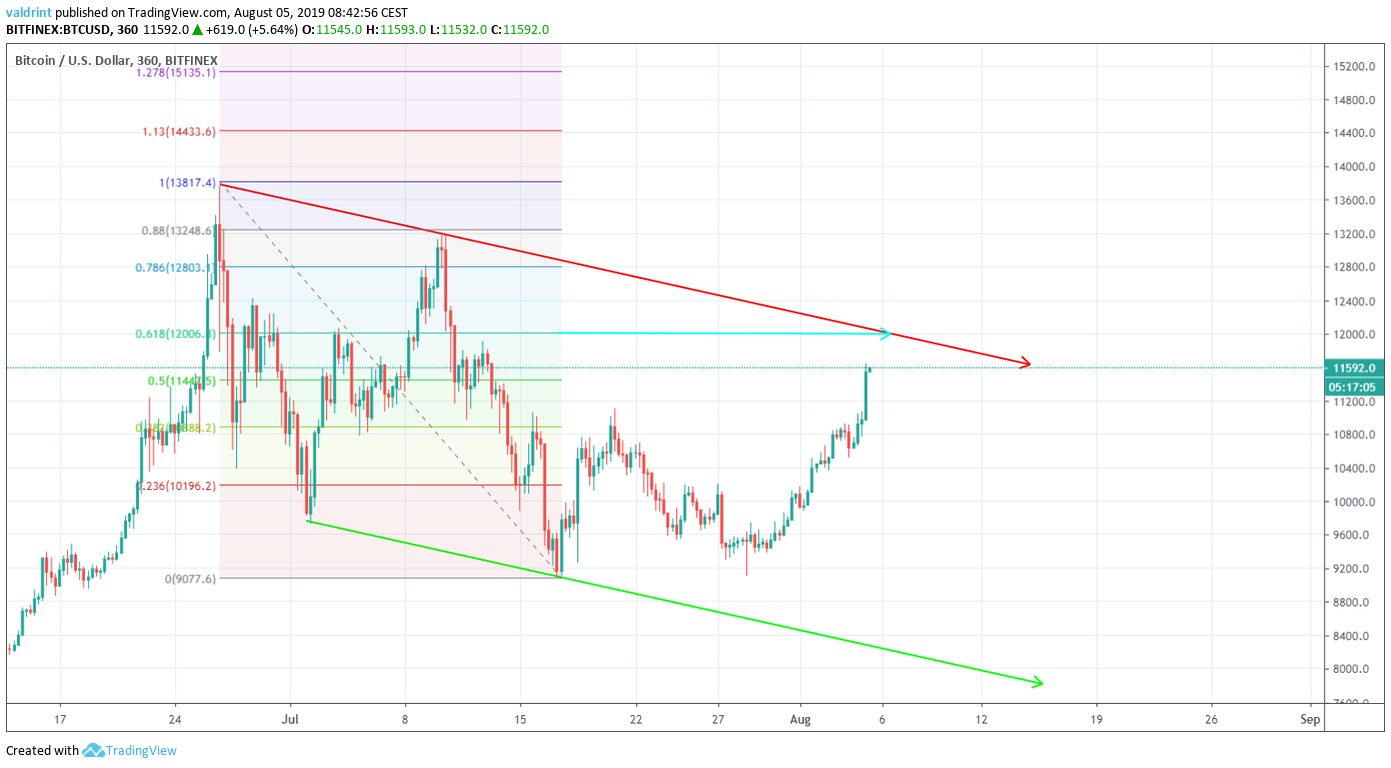 The 0.618 fib level of the entire drop, measuring from June 25 is at $12,000, coinciding with the descending resistance line.

The Bitcoin price looks likely to get there today or tomorrow.

Where will it go afterward?

A look at the weekly time-frame suggests that the Bitcoin price is attempting to clear a significant resistance area. 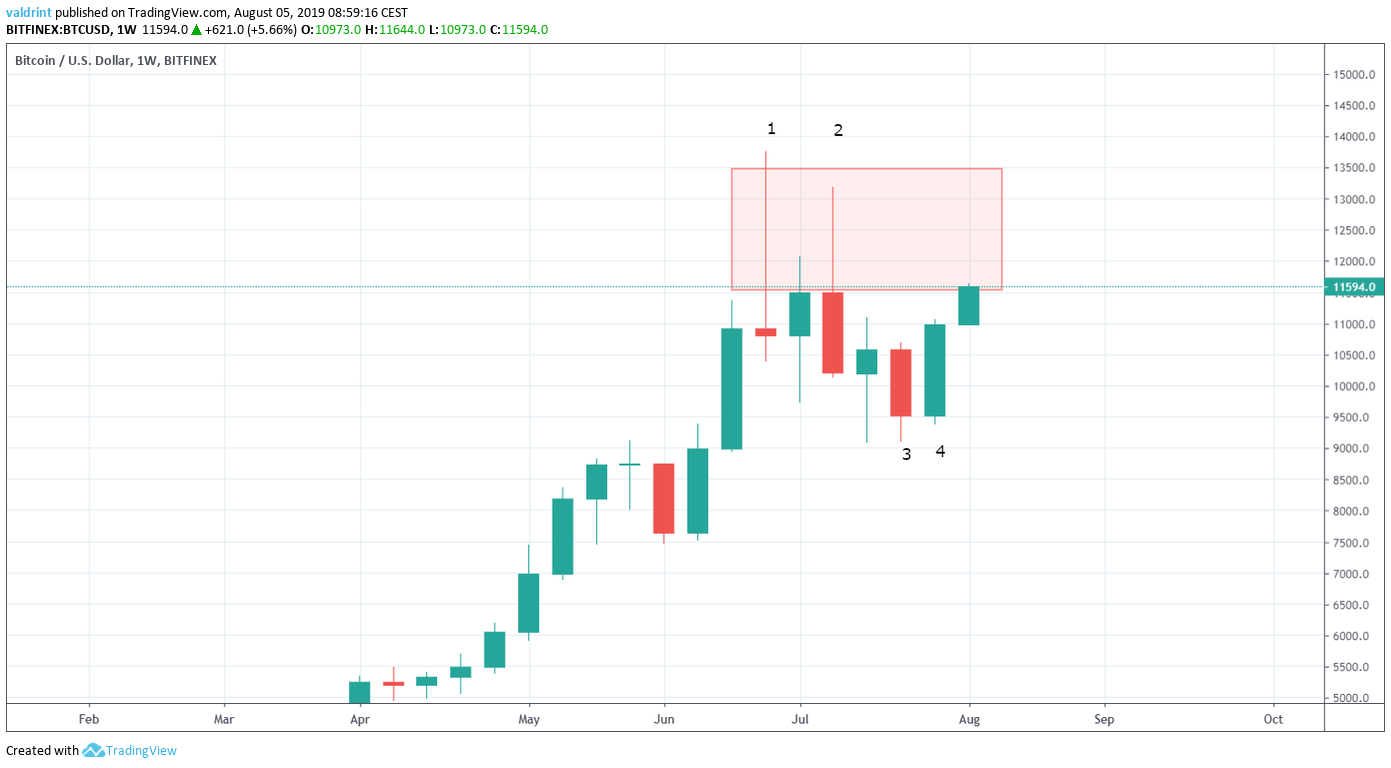 In the week of July 22 – 29, the bearish candle for BTC (3) failed to break down below the previous support.

This was succeeded by a bullish engulfing candle (4), closing higher than the previous bearish one, initiating yet another reversal.

However, a worrying sign for a bullish scenario is the very low levels of volume during last week’s increase. 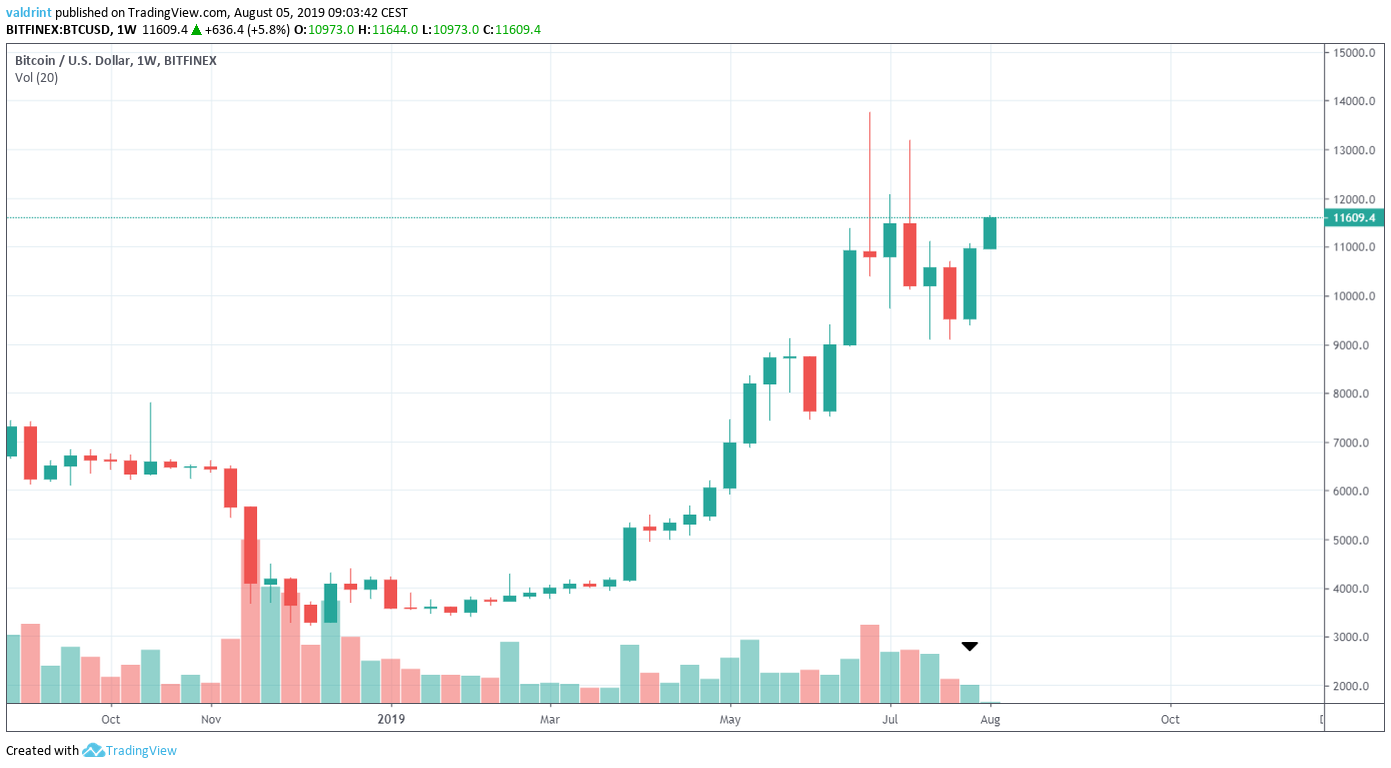 At the time of writing, BTC was trying to clear the resistance above $11,500.

A look at the daily moving averages (MA) suggests that BTC has already begun its uptrend. 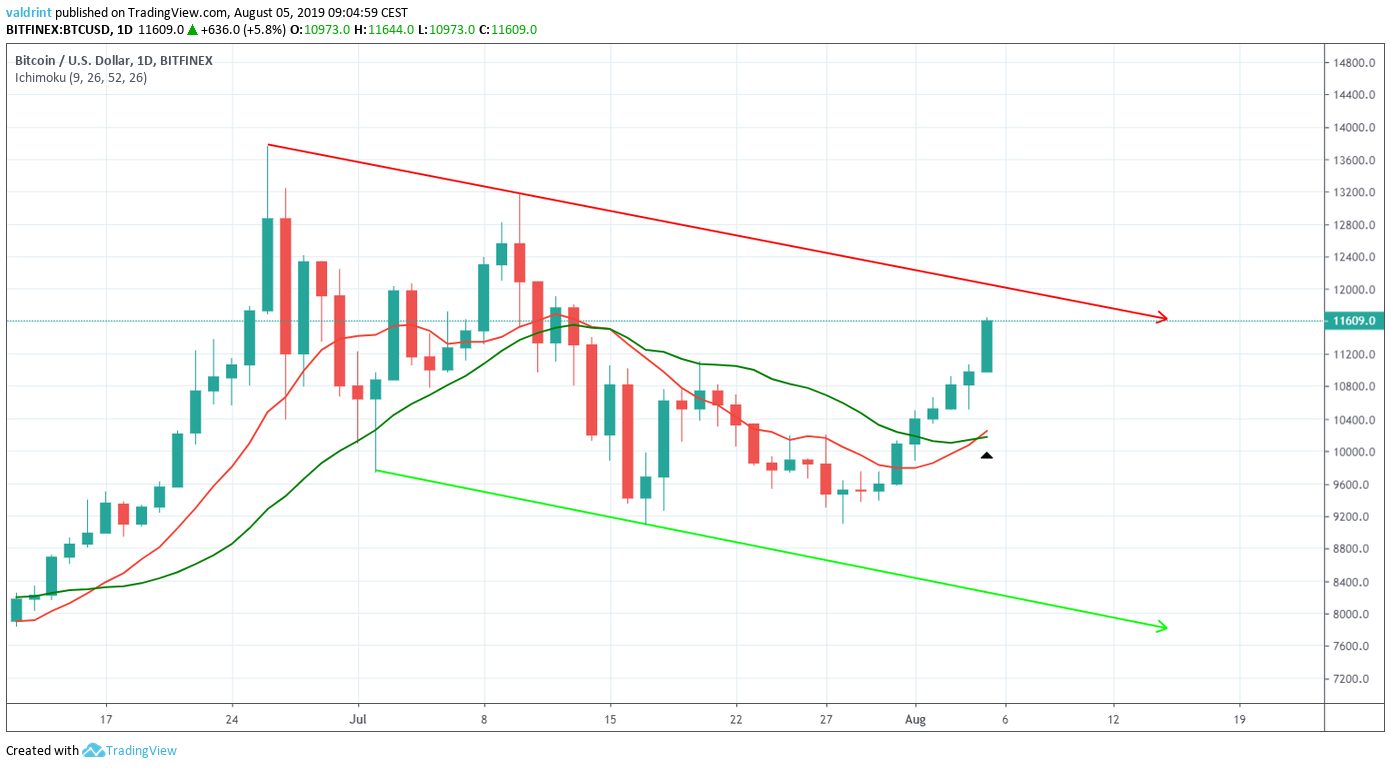 A bullish cross transpired between the 10- and 20-day MAs on August 5.

Afterward, the Bitcoin price has been trading above both of them.

This indicator suggests that further increases are in store for BTC.

A possible outline of future Bitcoin price movements is given below. 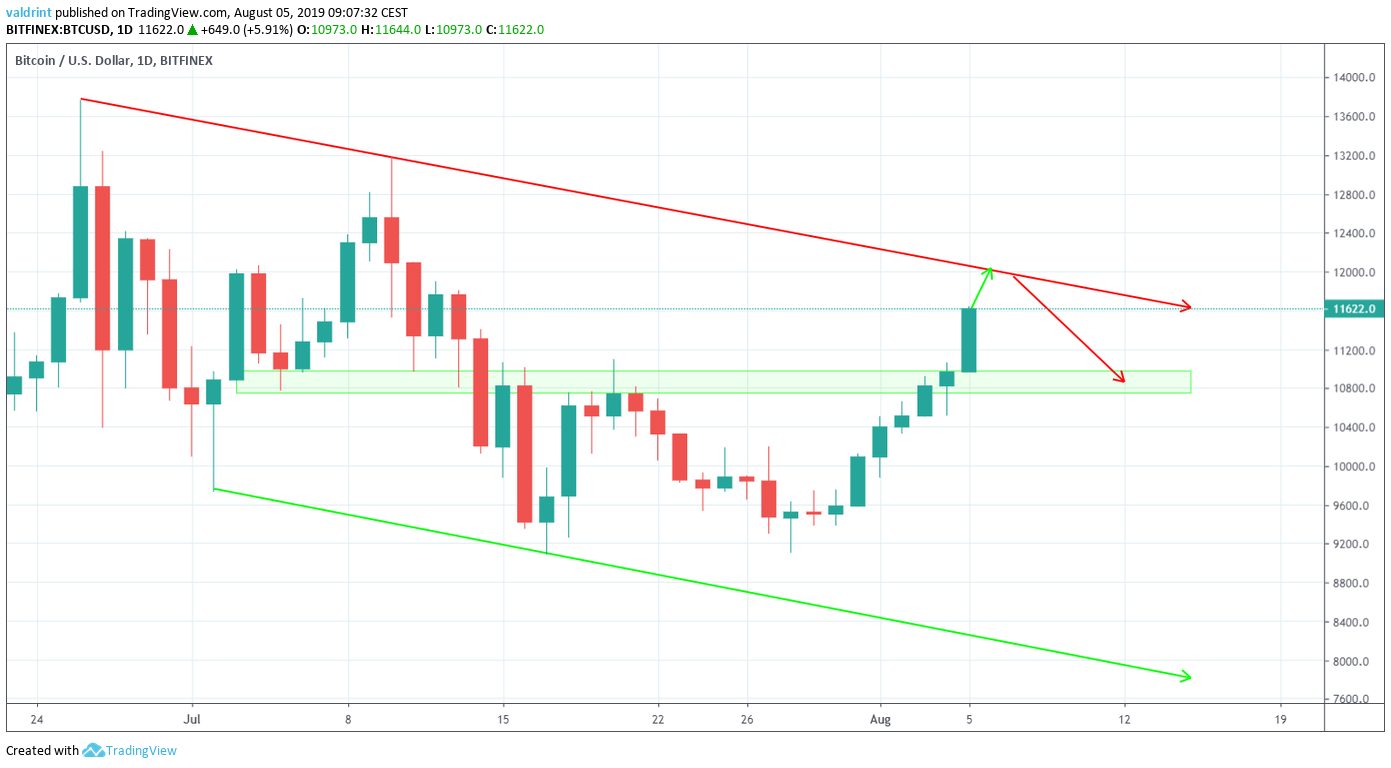 We believe BTC is likely to reach the resistance area of the channel.

However, we do not think it will immediately be successful in breaking out.

Rather, it will probably retrace before attempting another breakout.

The Bitcoin price is trading inside a descending channel.

According to our analysis, it is likely to increase to $12,000 and reach the resistance line of the channel before decreasing to the support area outlined above.

While we are leaning on a bullish outlook, we cannot yet say with certainty that BTC has finished its correction.

Although somewhat unlikely, the possibility that it will decrease all the way to the support line of the channel remains.

Do you think the Bitcoin price will follow the movement we have outlined? Let us know in the comments below.