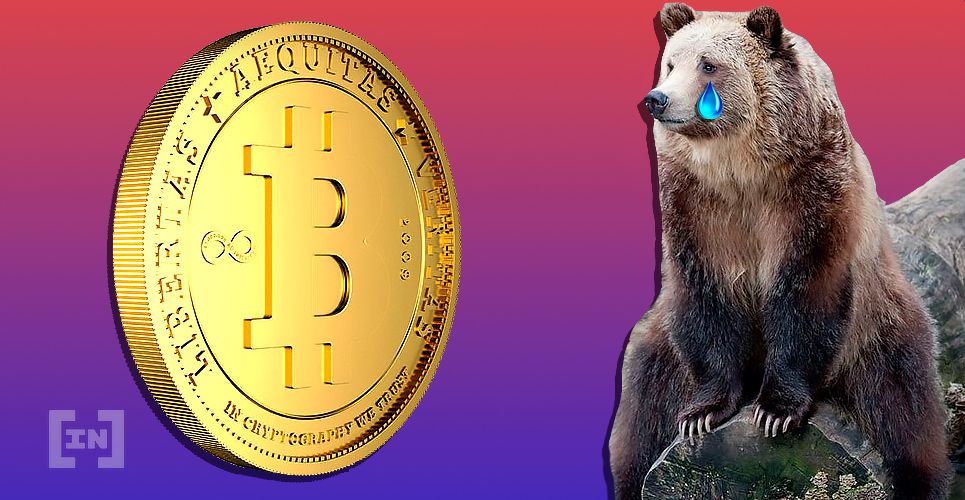 The Bitcoin price has initiated a downward move, which has put into play a bearish medium-term scenario in which the price could drop to $7000.

Cryptocurrency analyst and trader @murocrypto stated that the Bitcoin price structure suggests that we are in a bearish market. He outlined the closest support area at $7000.

Let’s take a closer look at the Bitcoin price movement — along with technical indicators — and decide where the price will go to next.

Since June 26, the Bitcoin price had been trading inside a symmetrical triangle. The price broke down from this pattern on September 24.

Afterward, the Bitcoin price initiated a rapid upward move on October 25. While this was initially seen as the beginning of a new uptrend, signaling that the bottom is in, the subsequent price movement makes us believe that it was a validation of the previous support line as resistance.

There are two support areas, one minor at $8000 and the other near $7000. A breakdown below the latter would likely cause the price to fall towards $5000. 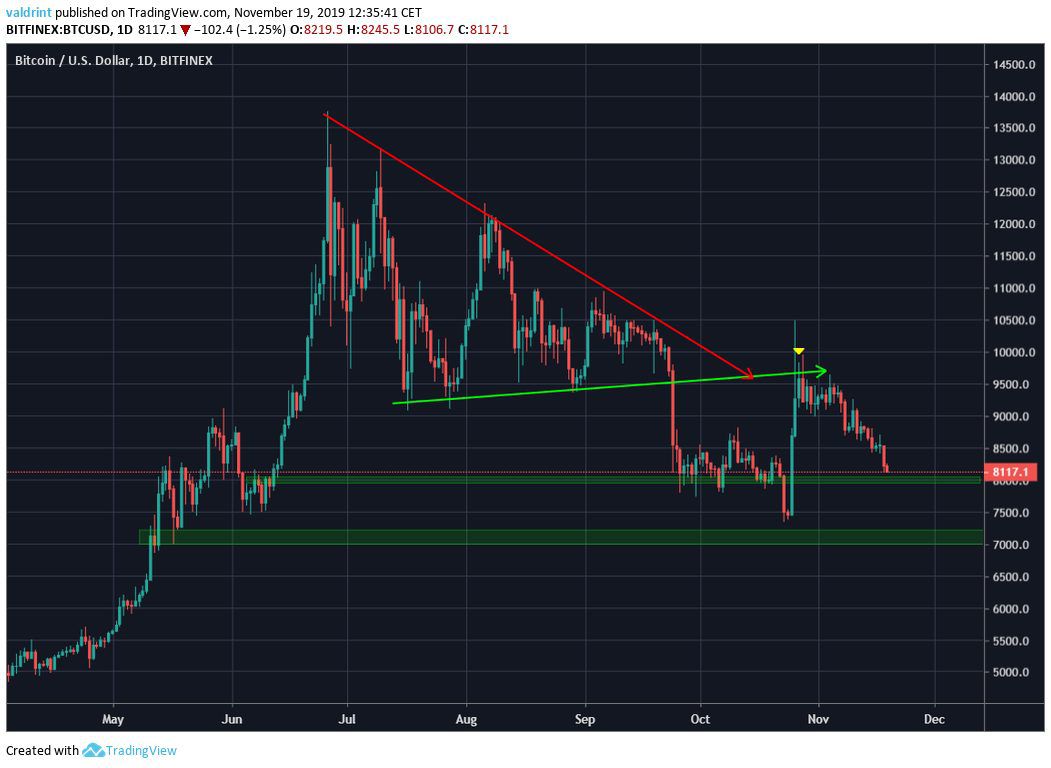 The entire upward move throughout May/June/July was preceded by a bullish cross between the 100- and 200-day moving averages (MA).

Now, the opposite has occurred — since we have a bearish cross between the aforementioned MAs. This is another bearish sign. 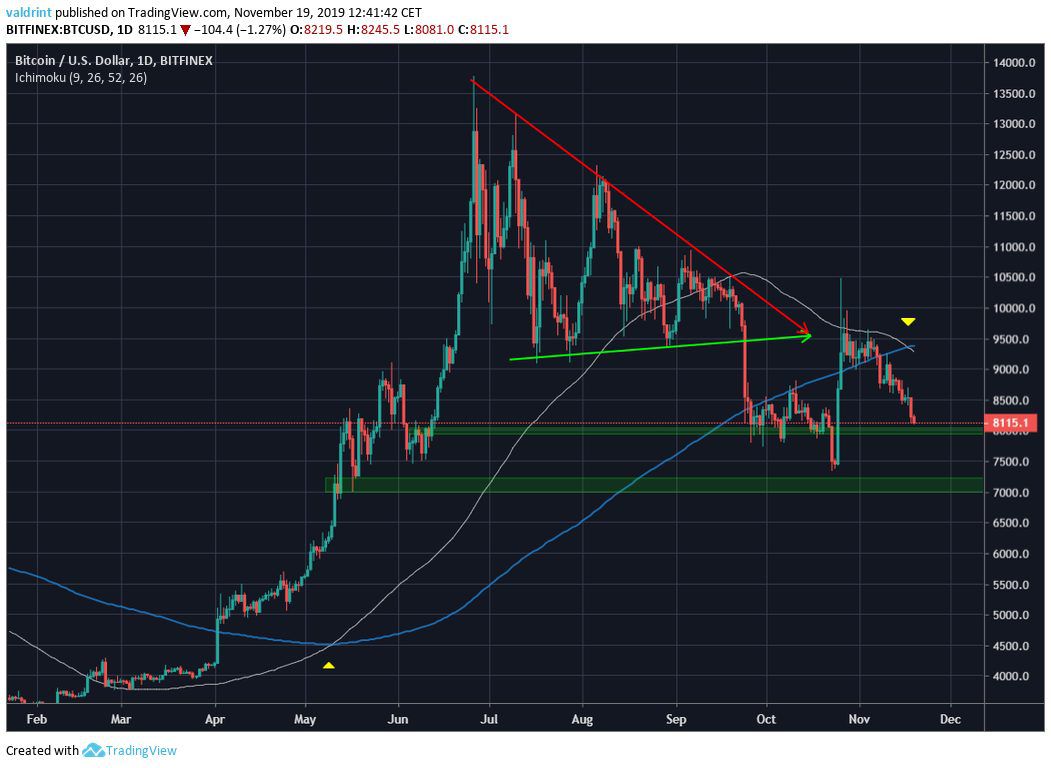 In the short-term, the Bitcoin price broke down from a descending wedge. It is not currently following any clear trading patterns.

The volume on the breakdown was weak. This increases the chances that we will see a bounce at $8000. However, due to the bearish long-term market structure, we do not think the small levels of volume make it sufficient for this to be considered a fake breakdown. 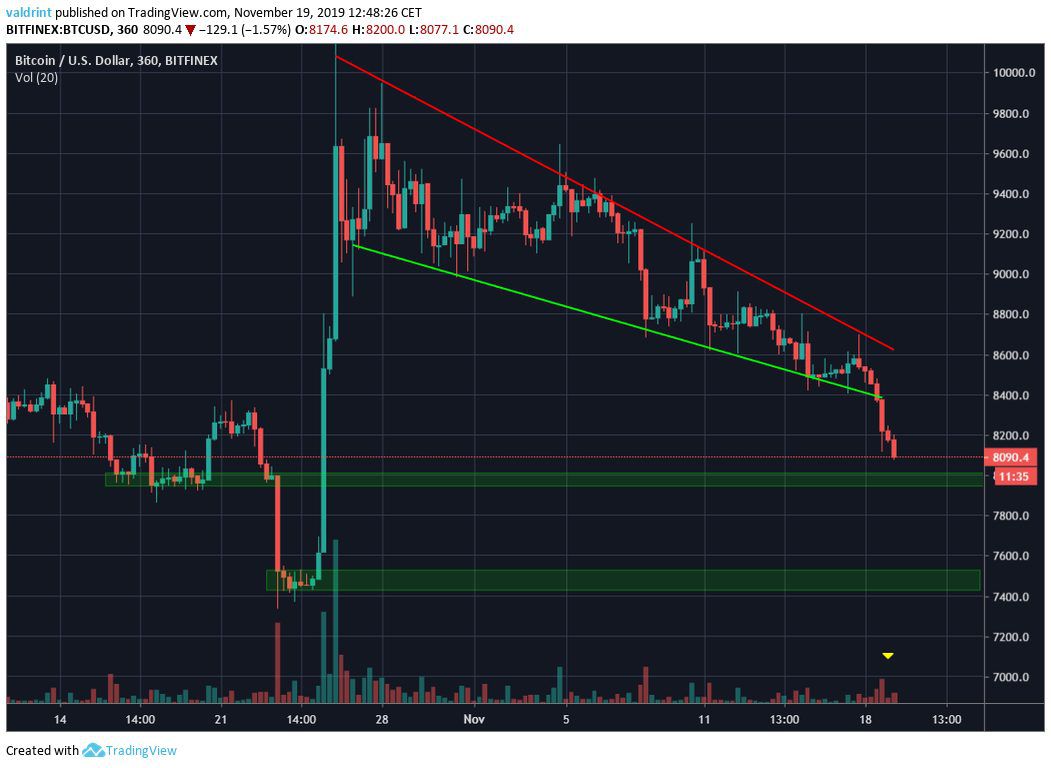