Jay Hao says the global monetary system is broken and needs restructuring. The chief executive at OKEx believes a “super-sovereign” currency, like Bitcoin

BUY NOW or Libra, offers the most hope for a more balanced system.

In a recent OKEx Academy post, Hao makes the case that the global economy advantages developed nations at the expense of those worse off. At the root of this imbalance is the fact that the system relies on a single sovereign currency — the US dollar.

According to Hao, current efforts by the United States Federal Reserve and other central banks to stimulate growth are futile against a global pandemic. Describing “QE Infinity” as like hoping a terminal patient will recover with healthy eating alone, the CEO says that old monetary tricks won’t work against the current crisis.

Hao also wrote in a recent blog post for the OKEx Academy that the additional liquidity created won’t kick start production again because billions of people are currently under some form of social isolation and companies simply aren’t producing anything.

Some thoughts on global monetary policies – injecting liquidity to the market via QE infinity is like giving more nutrition to a critically ill patient – it won’t work solely.#Fed #QEhttps://t.co/uV7iLYLOAP pic.twitter.com/nBGYSF2dhI

Hao reasons that, instead of printing more, world governments should be attempting to support whatever economic activities still exist whilst enforcing rigid lockdown measures. For him, this is the only way to restore confidence in the market.

“Injecting liquidity to the market via ‘QE Infinity’ won’t work alone. We’ve seen recently that the global monetary system has suffered failures that might need curing with cryptocurrency.”

Hao makes the case that it’s not even the U.S. economy that bears the brunt of the rampant money printing deemed quantitative easing. The U.S. dollar’s privileged position in the world creates a situation of “intangible exploitation,” which in turn gives rise to deglobalization movements, growth of populist groups, and huge wealth imbalances around the world. 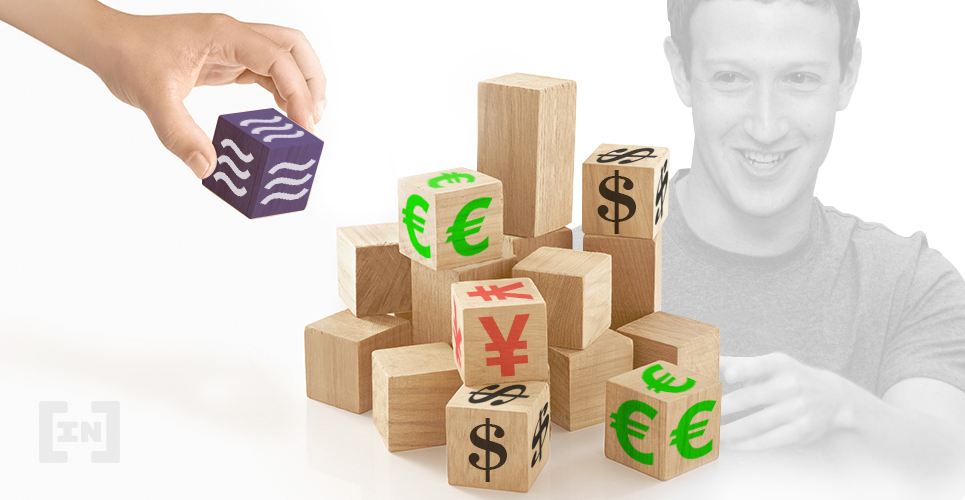 According to Hao, the problem with the global monetary system is that it is based around a single sovereign currency. Since that currency is the U.S. dollar, the global balance of power can only be weighted towards the United States.

For Hao, the best remedy is to start again with a new “super-sovereign” currency — one that has no ties to a single nation state and is used universally. He claims that both Bitcoin and Libra represent the current best shot at such a non-national currency being widely used.

Although Bitcoin is certainly more impartial and its completely fixed supply makes it arguably a more suitable monetary technology, Hao notes its volatility

We can describe volatility as how much the value of an asset changes over a given time. A volatility index... More as a major issue. Meanwhile, Libra, with its peg to a basket of currencies, may serve as a better medium of exchange thanks to its stable price. Hao adds he expects to see more efforts to create a non-national world currency in the future.

Cryptocurrency News Roundup for May 14, 2020
#News 3 weeks ago
Up Next
Did Satoshi Plan for Bitcoin Halvings to Coincide with US Presidential Elections?
Bitcoin News 2 months ago
Related News

Regulation News 2 days ago
No Result
View All Result