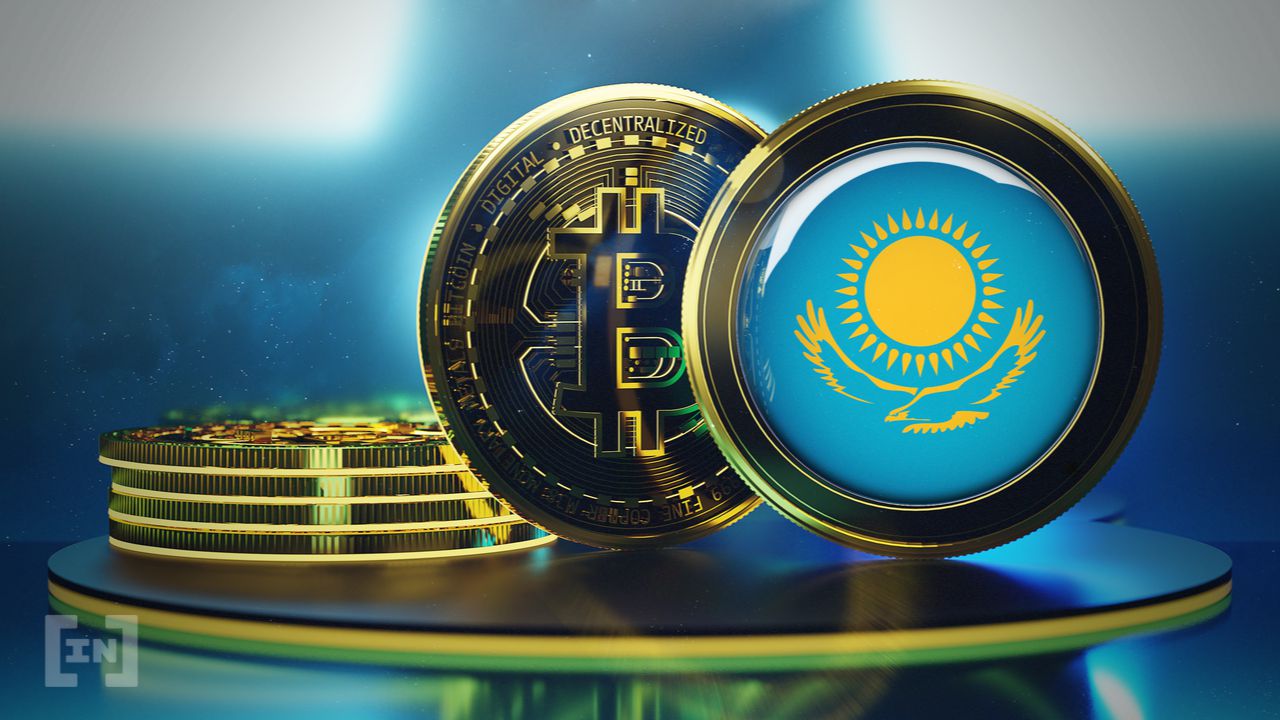 Major bitcoin mining firms in Kazakhstan have restored between 80% to 90% of production after days of rioting, according to Alan Dorjiyev, head of the Kazakh National Association of Blockchain and Data Center Industry.

But Bitcoin’s overall hashrate, which fell more than 10% as Kazakhstan’s Internet blacked out on Jan. 5, has been slow to recover, remaining 17% off its high of about 205,000 petahash per second (PH/s).

Dorjiyev told BeInCrypto that miners are working to restore production to full capacity in the shortest possible time. “We forecast that the situation will completely stabilize within a week,” he said in an interview on Jan 11.

Kazakhstan accounts for around 18% of Bitcoin’s total processing activity, the world’s second-largest after the U.S. The Central Asian country has been hit by deadly protests over the past week, caused by surging fuel prices.

After state-run network provider Kazakhtelecom shut down the Internet during the riots, the hashrate, a measure of the global computing power devoted to extracting Bitcoin, plunged.

Dorjiyev, whose Association represents 25 registered miners, or 70% of the total local mining population, utilizing 600MW of electricity, said the outage was “temporary.” It did not affect the regions where official crypto mining companies operate, he added.

Internet services have now been restored in most areas, said Dorjiyev. But even as miners based in Kazakhstan such as Energix and KZ Systems re-enter the network, Bitcoin’s total hash power is up only 2.4% to 172,000 PHs from around 168,000 PHs a few days ago, according to YCharts data.

Bitcoin mining operation may leave Kazakhstan due to civil unrest

Increasing hashrate suggests miners are bullish about making profits, which could lead to higher BTC prices. The relationship is not exactly as linear though, because it is difficult to gauge future price changes based on hashrate alone.

The good thing is that when miners commit more computing power to process bitcoin transactions, that helps secure the network against 51% attacks — a situation that could allow rogue miners to hijack the system and double-spend some coins.

“In a strategic perspective, Kazakhstan will remain one of the most attractive areas for the development of cryptocurrency mining,” said Dorjiyev, in an earlier statement shared with BeInCrypto.

“Currently, there is a constructive dialogue on the regulation of the industry at the legislative level with the responsible state bodies. Previously introduced restrictions on the supply of electricity for ‘white’ miners have been significantly relaxed,” he stated.

Matrix Exchange president, Vasja Zupan, told this publication he doubts that mining is back at previous levels in Kazakhstan. “Due to the tense political situation in the country, I expect that more miners will be moving their operations abroad,” he detailed.

“This looks even more probable given the previous signs that Kazakhstan was a temporary haven from the get-go, with miners looking for a more stable and predictable environment even before the current turmoil unraveled. Furthermore, I also expect that the current price drop could prompt some of the miners to close down, thus driving down the hashrate,” said Zupan.