Historically, the relationship between the Bitcoin price and its moving averages (MA) has been indicative of future price movements. More specifically, a movement above/below an MA often confirms the beginning of an uptrend/downtrend. However, since moving averages are lagging indicators, the signal is usually given well after the trend has begun.

The Bitcoin price recently moved above its 100-week MA and has now found support above it. While it is likely that it has begun a new uptrend, it is possible that it makes another short-term low before resuming its upward movement.

Analyst @Pladizow showed a chart of the Bitcoin price movement since 2013 that outlined the relationship of the price and its 100-week MA in the 2014 and 2018 corrections.

Will the 100 week moving average act as it last did, offer support and mark the beginning of a new bull run. pic.twitter.com/EM4cNT7AN3

@Pladizow defined the previous high with (1), the succeeding low with (2), and the high after the first wave of the new uptrend with (3). Additionally, the question is posed “Will the 100-week MA … mark the beginning of a new bull run?”

Let’s dive into it.

The price initially moved above the 100-week MA on January 16, before finding support above it. After 105 days, a bullish cross occurred between the 50- and 100-week MAs. 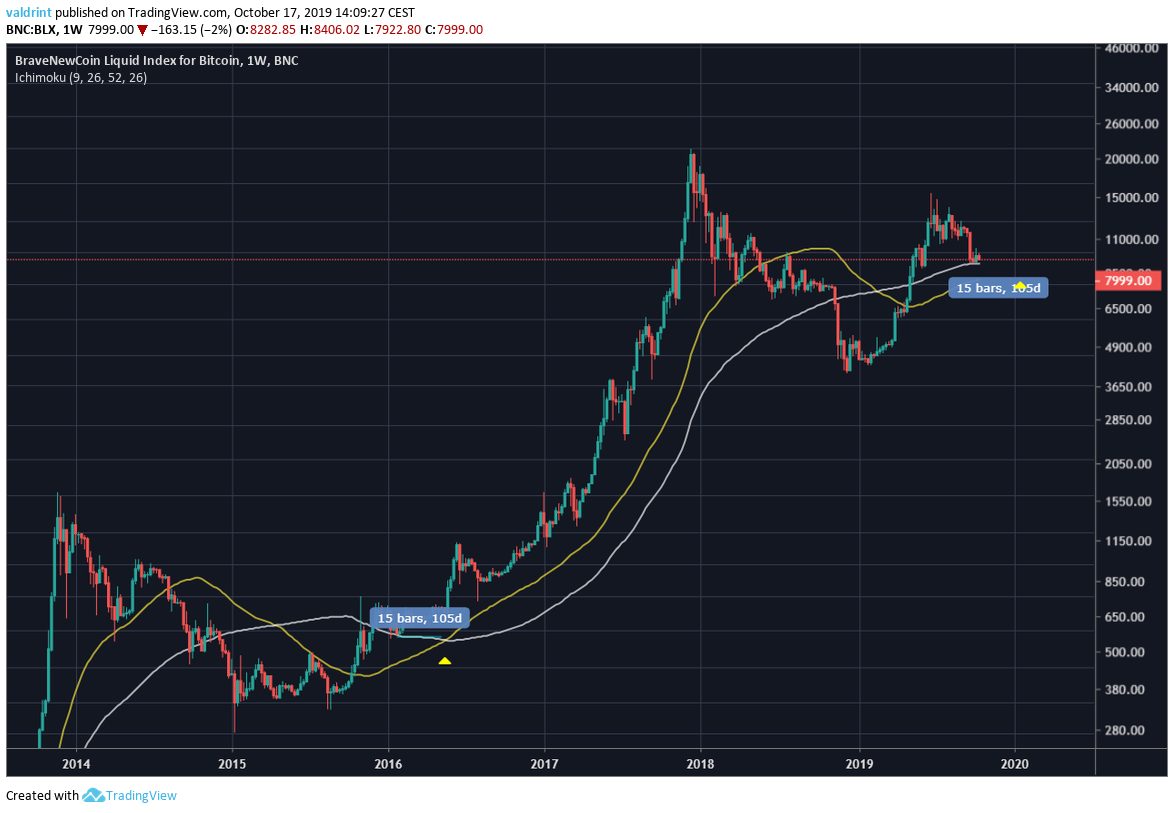 If the movement follows that of 2016, we should have a bullish cross between the aforementioned MAs in January 2019. That would act as the final confirmation that the uptrend has begun.

Looking at other indicators, the RSI is at 44 — almost at the same place as it was in 2016. Both these values indicate neither an oversold nor an overbought market.

However, the first  difference lies with the MACD. While it was moving upward with strength in 2016, in 2019 is in the process of making a bearish cross.

The biggest difference comes when looking at short-term movement.

In 2016, the Bitcoin price was at the support line of a symmetrical triangle when it found support above the 100-week MA. Therefore, the resulting movement inside the pattern was upward. 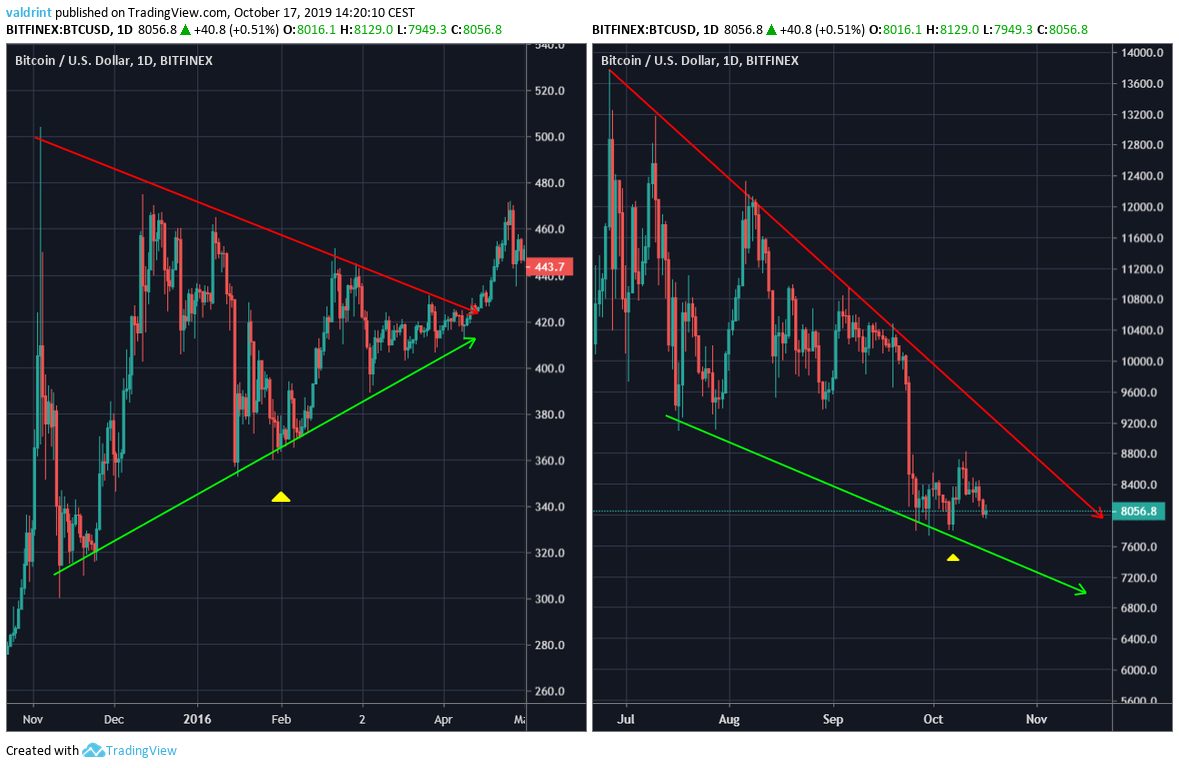 In the 2019 movement, it is at the support line of a descending wedge. Since the wedge is downward facing, it would be likely for the price to continue moving downward before breaking out.

As we have stated in our previous analysis, we believe that this is the beginning of a new uptrend.

However, we think the price will make another low of around $7000 before resuming its upward movement.

Do you think BTC has reached its current low? If not, where do you think that will be? Let us know in the comments below.