On Oct 29, Bitcoin (BTC) attempted to initiate an upward move but was rejected by the previous support area and created a long upper wick.

The price is expected to eventually break down from the current levels to drop towards lower support targets.

Yesterday, Bitcoin reached the $13,130 area and created a bullish engulfing candlestick. While this level looked like it would initiate a rally, BTC reached a high of $13,675 before creating a long lower wick and decreasing. This served to create the first lower high relative to the price on Oct 28.

The shorter-term chart does not show any bullish reversal signs. Both the MACD and RSI are decreasing and neither has generated bullish divergence.

Furthermore, we can see that BTC was rejected by the $13,675 area. This level briefly acted as support after Bitcoin began to fall back from its all-time high at the beginning of 2018.

The aforementioned $13,130 support area is also supported by the creation of a bullish hammer and a bullish engulfing candlestick, so if it fails, it could trigger a very sharp drop.

In BeinCrypto’s Oct 29 analysis, we stated that:

Wave 4 could be transpiring inside an A-B-C corrective structure, in which the price is currently in the C wave (shown in red below).

Since the $12,683 level also coincides with the support area outlined in the first section, it’s the most likely to act as the bottom.

However, the current decrease (highlighted below) is expected to only be the first portion of a longer correction which could take BTC to the target for the bottom of wave 4 (shown in orange).

At present, the two likeliest options would be a flat correction (black) or a triangle formation(white). Since the beginning of the movements looks identical in both scenarios, we cannot yet determine which is more likely. 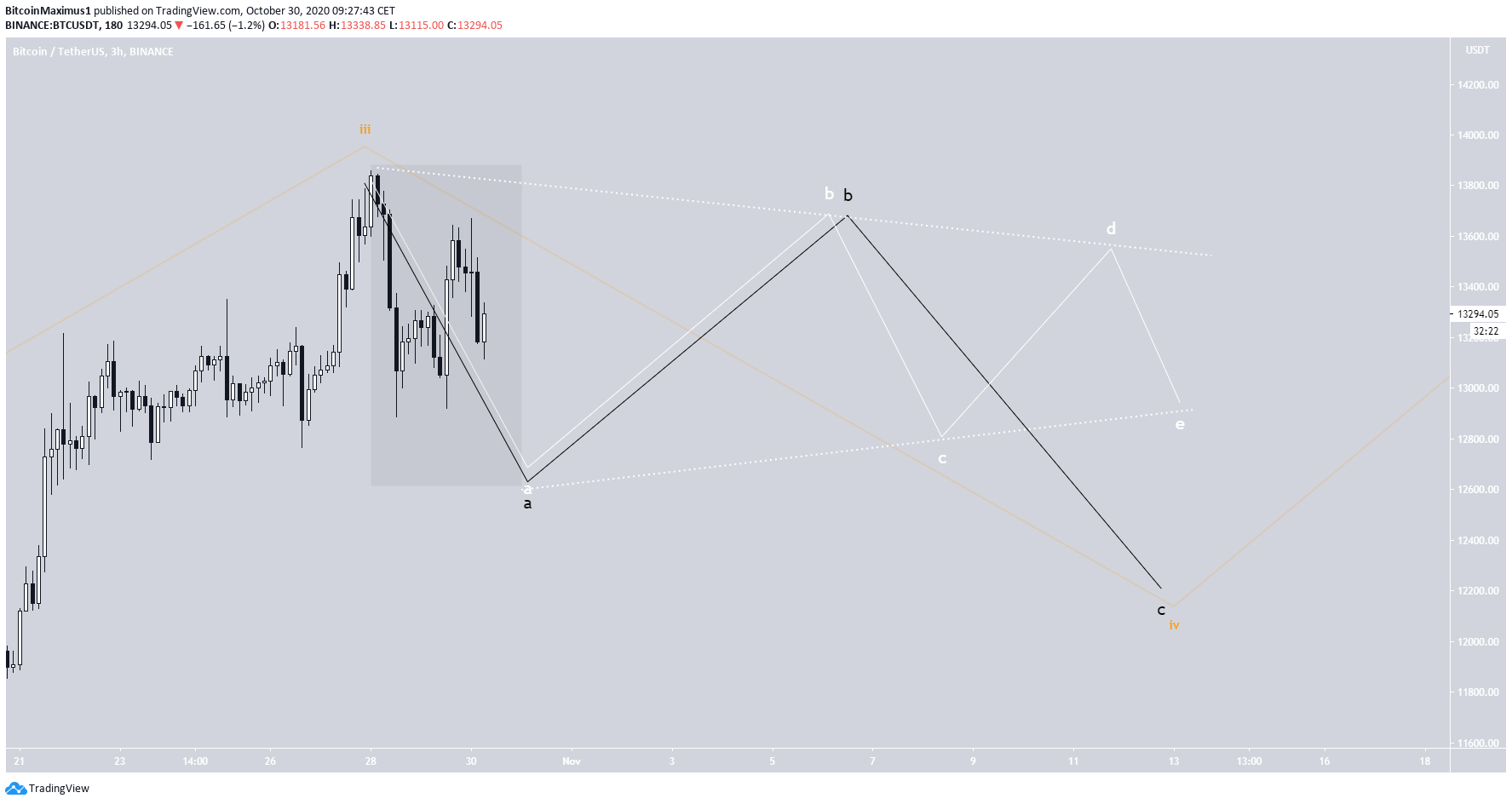 To conclude, Bitcoin has likely begun a corrective wave that is expected to take the price towards $12,670 in the short-term and eventually towards the range of $12,083-$12,442.