Bitcoin Cash Price Analysis: BCH/BTC Readying for a Breakout With a Target of ₿0.035 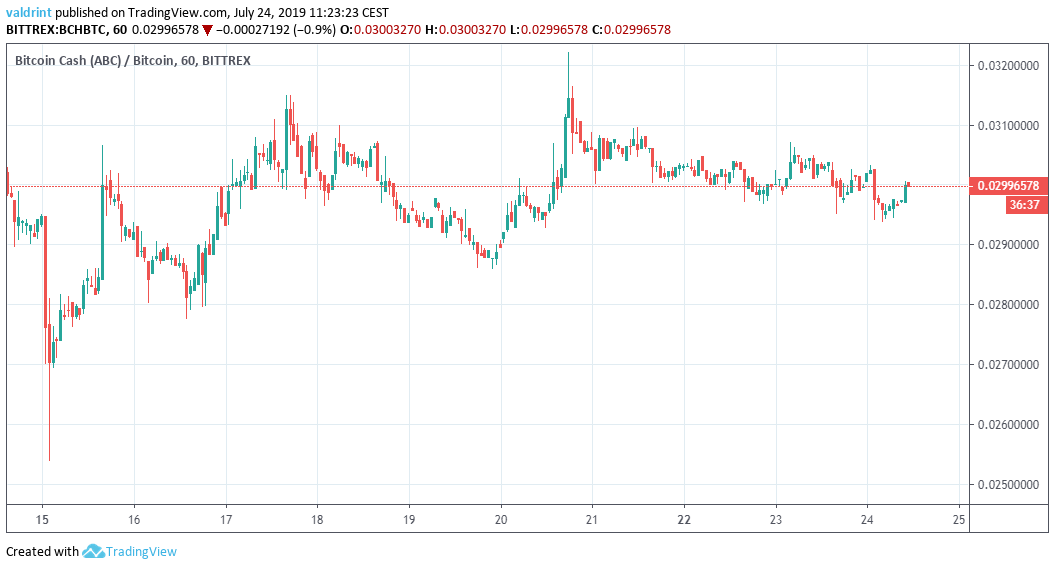 Where will the BCH price go next? Keep reading below in order to find out.

If you are interested in trading Bitcoin Cash (BCH) with a multiplier of up to 100x on our new partner exchange with the lowest fees, follow this link to get a free StormGain account!

Since reaching a low on July 15, BCH has been gradually increasing, trading inside the ascending triangle outlined below. 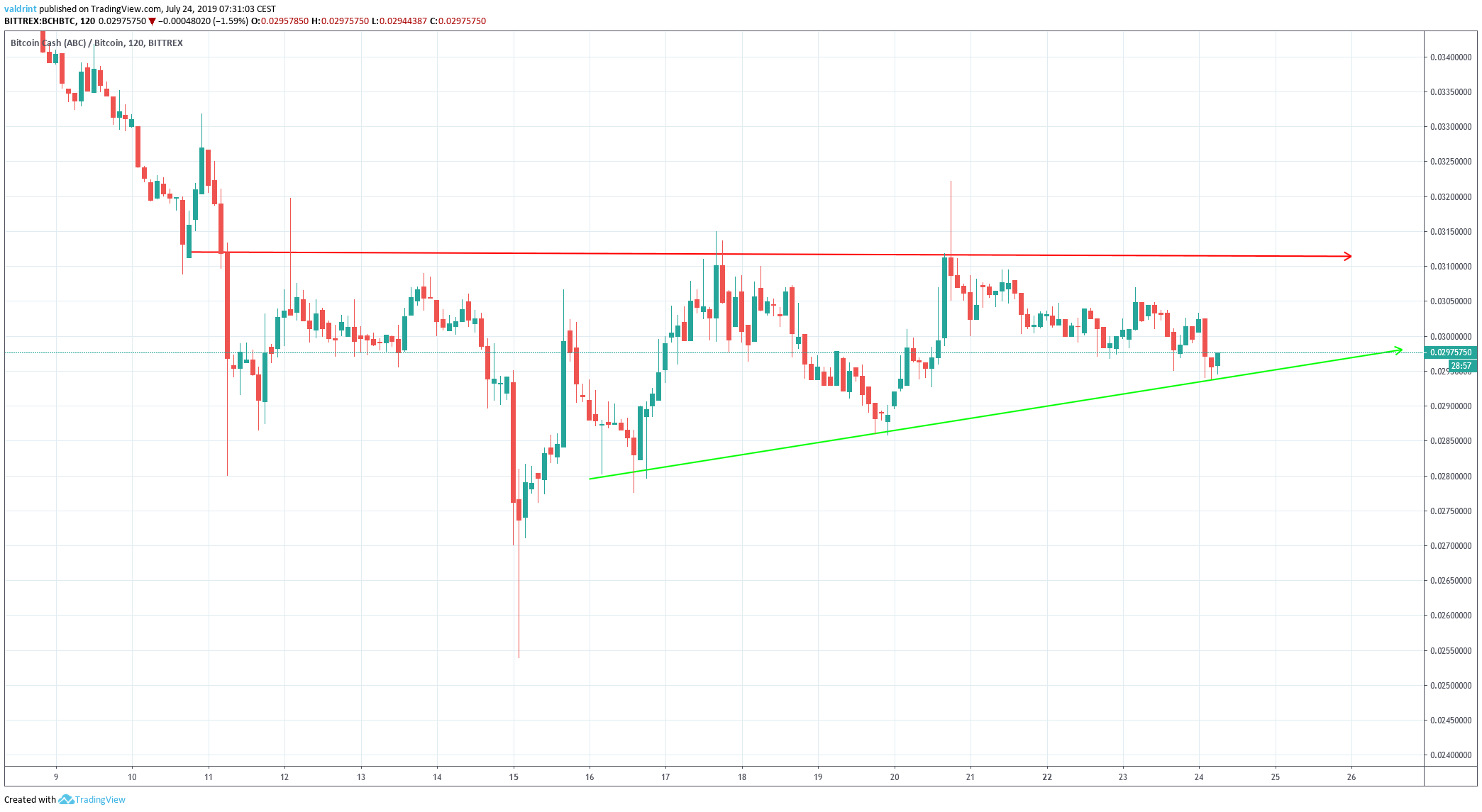 It has provided resistance to the BCH price on three occasions, July 13, 17 and 21.

In order to predict whether that is likely, we need to have a better understanding of the position of the triangle in a long-term view.

A look at a longer-term view shows that the BCH price is trading between two important areas. 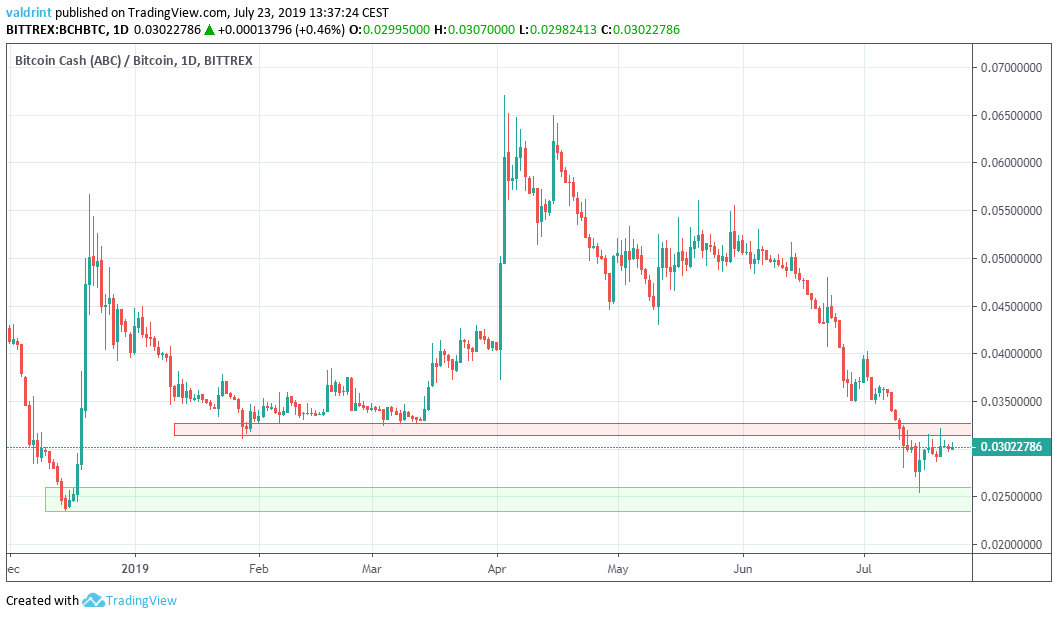 First, we can see a very significant support area near ₿0.025. It was created by the lows of December 2018, before the entire bull run began.

On the other hand, there is a significant support area near ₿0.032. The BCH price found support above it in the period from January-May 2018 before the price broke down from it in July.

A look at the MACD and the 10- 20- day moving averages shows that BCH has begun to show preliminary signs for the initiation of an upward move. 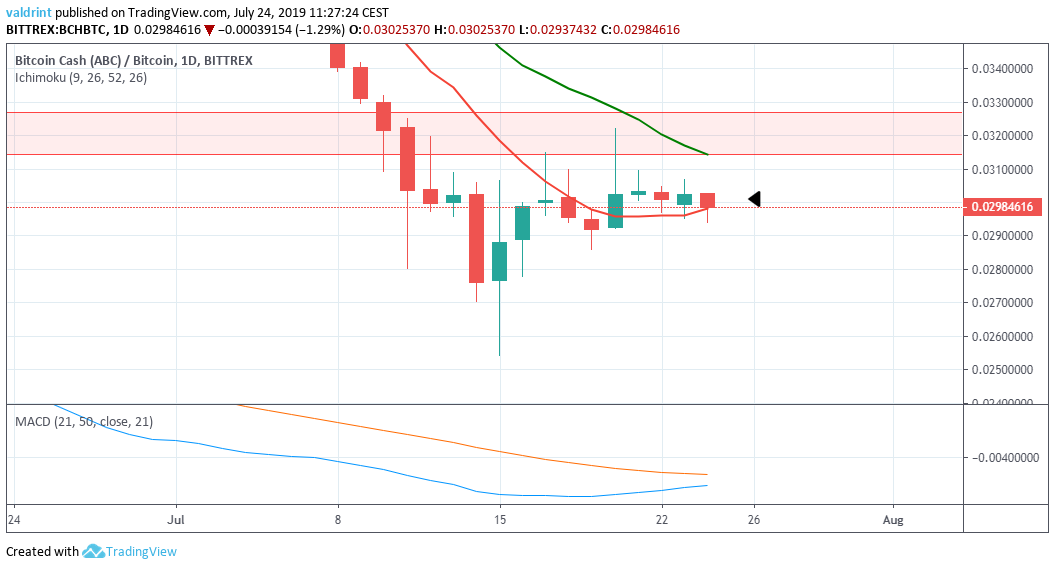 The recent price increase took it above the 10-day MA. However, the rally stopped once the Bitcoin Cash price reached the 20-day one.

At the moment, the BCH price is trading between both MAs.

The 10-day MA has begun to increase, possibly setting itself up for a bullish cross in the future. The same thing is currently happening in the MACD.

In time-frames of 12-hours or less, this cross has already occurred.

Additionally, this bullish view is supported by the RSI. 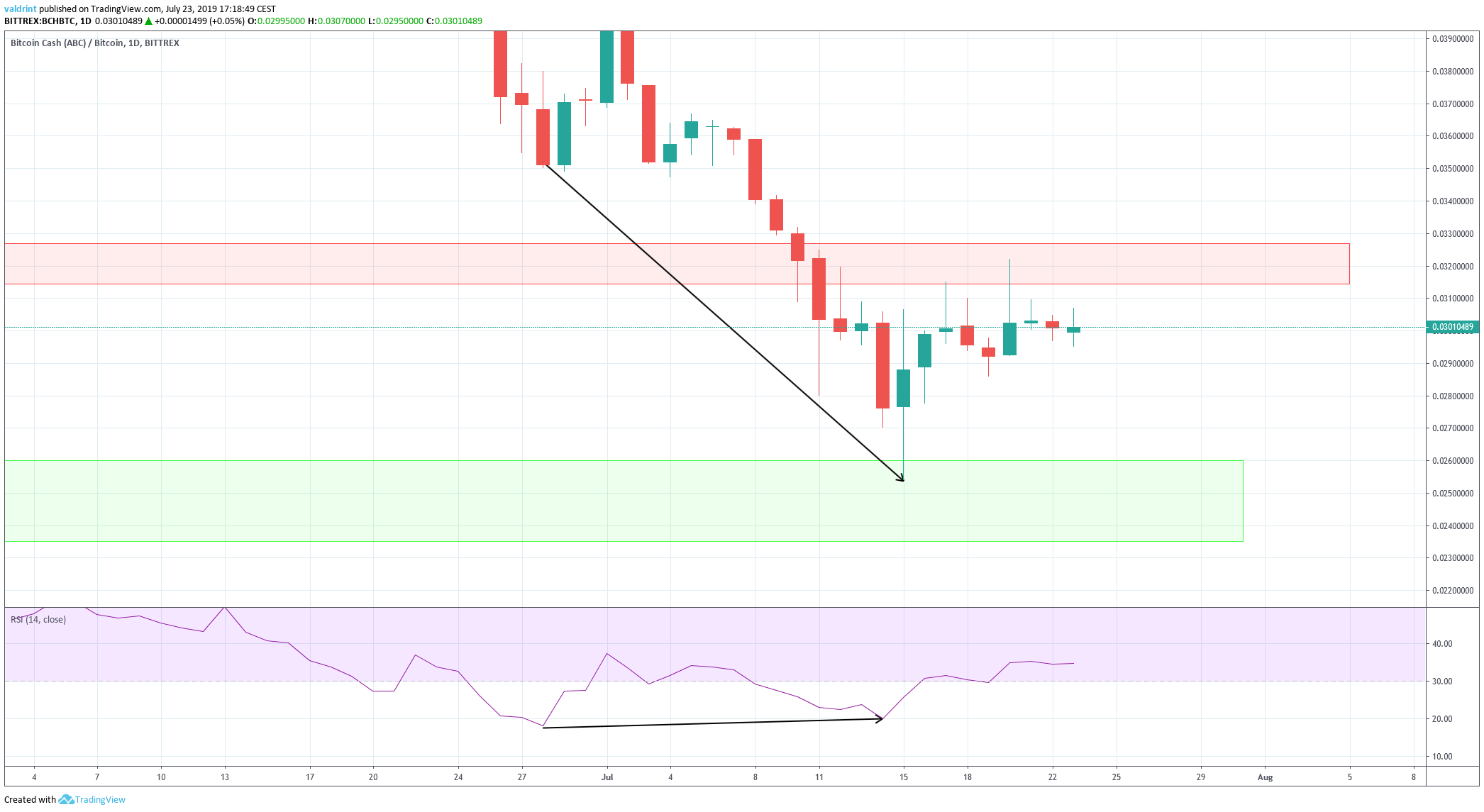 A significant bullish divergence has developed since June 27.

The divergence is especially evident during the low reached on July 15.

The fact that it is occurring inside a significant support area makes it more noteworthy.

An analysis of these technical indicators supports a breakout from the short-term ascending triangle.

If that occurs, where will the BCH price find resistance?

In case a breakout occurs, one resistance area is outlined below.

A breakout from the triangle would indicate a movement above the previous resistance area since that coincides with the resistance line of the triangle. 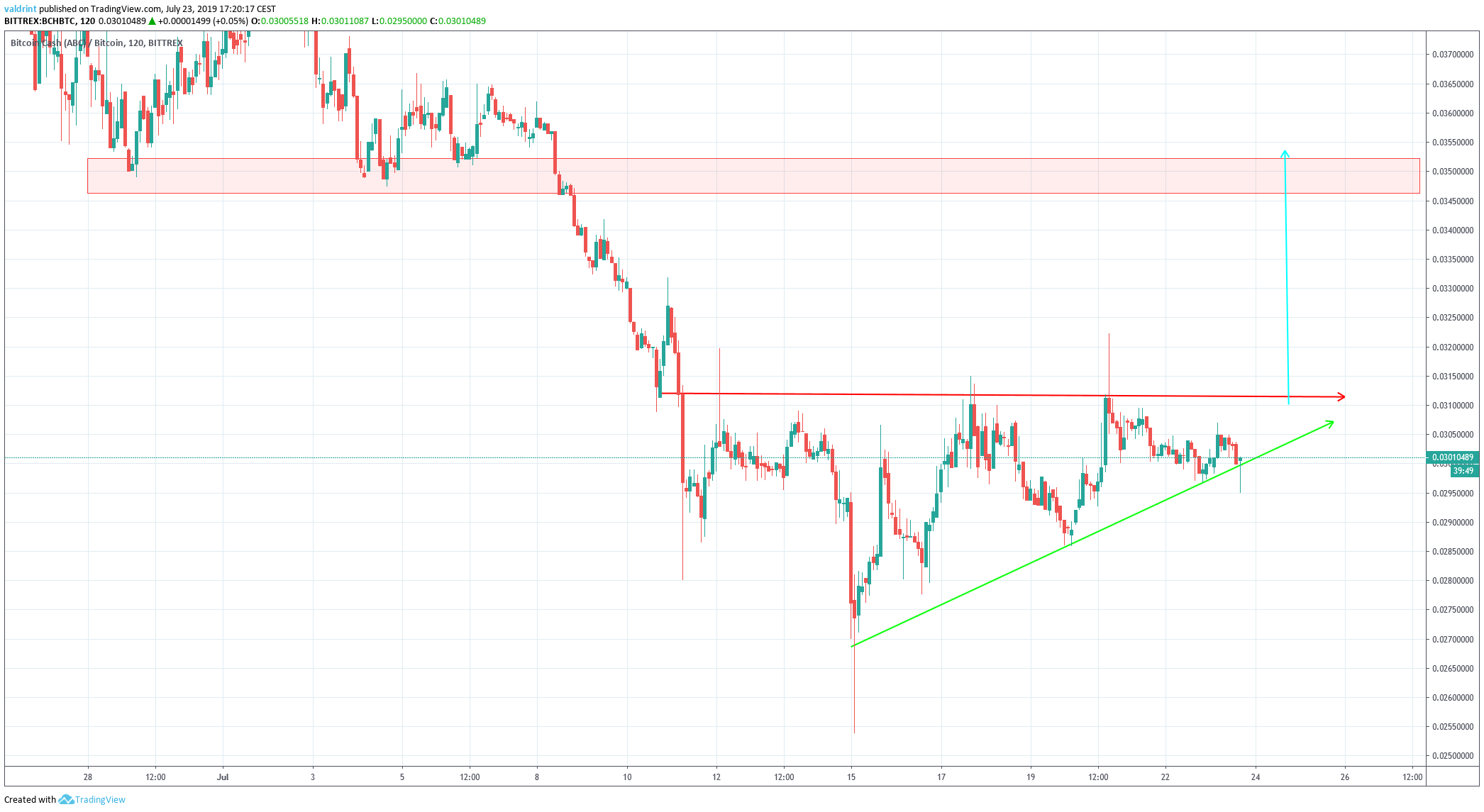 The closest resistance area is found near ₿0.035.

It is created by the lows from the period of May 27-June 8.

A similar target is given by projecting the height of the triangle to the breakout point.

We believe that BCH will eventually reach this area.

The BCH price is trading inside a short-term ascending triangle.

According to our analysis, it is likely to break out and reach the resistance area outlined above.

Do you think the BCH price will break out of the ascending triangle? Let us know in the comments below.