Throughout 2019, Bitcoin (BTC) has returned to a bull market. After starting the year at under $4000, the price spiked—reaching levels over $8000 throughout May.

Other cryptocurrencies have followed suit and seen their own impressive gains. However, these gains have not been sporadic. Throughout the year-to-date, there have been three noticeable surges.

In this analysis, we examine each of these surges and compare the price gains of Bitcoin against the four altcoins with the largest current market capitalization. These are:

The price of BTC/USD is analyzed at six-hour intervals from Feb 8 – Feb 25 alongside the price of ETH (Purple), XRP (Yellow), EOS (Blue) and BCH (Green) in the graph below. It is during this period that BTC and the altcoins saw the first surge of 2019. It was characterized by several rapid spikes and dips along a gradual uptrend. 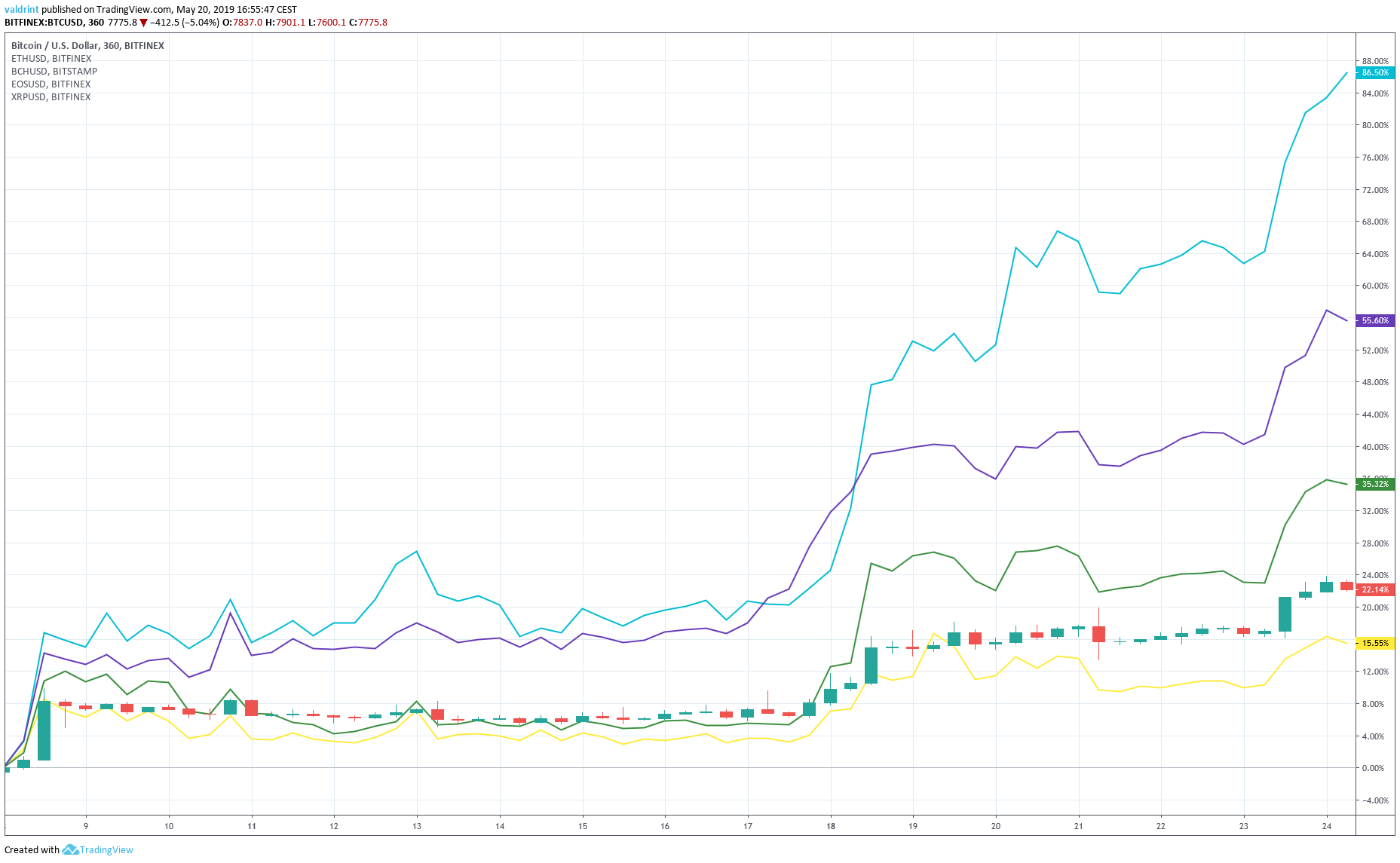 A second upward move began on Feb 8. A period of consolidation ensued, which lasted until Feb 18. Price initiated two other upward moves on Feb 18 and Feb 23.

All of the selected coins showed the same characteristics:

First, there is an upward move followed by a period of consolidation. Then, there are two subsequent successive upward moves. 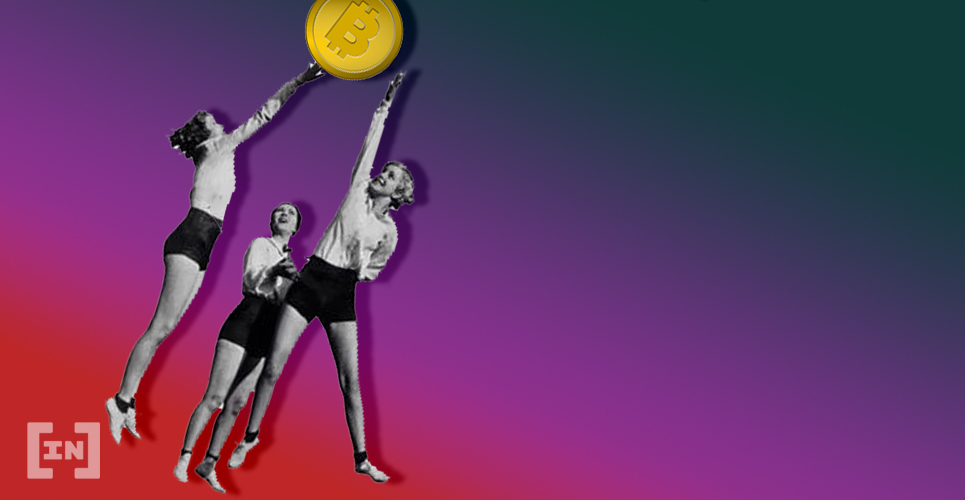 BCH, BTC, and XRP showed similar rates of the increase until the second upward move on Feb 18. Since then, BCH has increased at the fastest rate, while XRP lagged into last place. BTC finished in fourth.

The price of BTC/USD is analyzed at six-hour intervals from Apr 2 – Apr 24 alongside the price of ETH (Purple), XRP (Yellow), EOS (Blue) and BCH (Green) in the graph below. While the second surge for BTC in 2019 occurred between Apr 2 and 3, several cryptocurrencies saw significant surges during the period Apr 2-18, namely BCH. Thus, we consider the second cryptocurrency surge of 2019 to have occurred between these dates. The period Apr 18-24 is traced to show the aftermath. 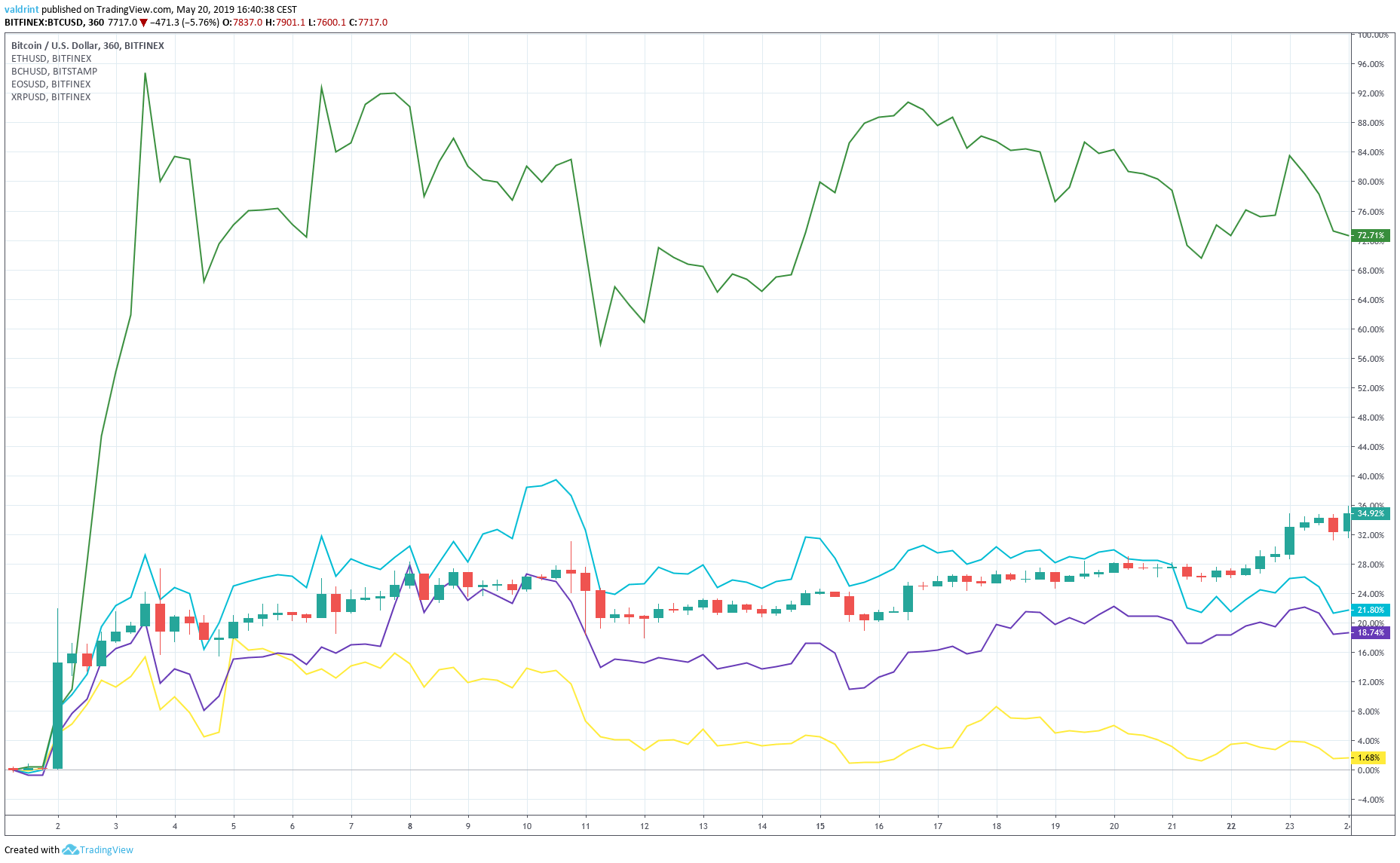 Between Apr 2 and 3, BTC saw rapid increases. After opening at under $4200 on Apr 2, the price reached a high of over $5300 the next day. ETH, EOS, BCH, and LTC saw similar spikes with BCH seeing the most significant gains.

During this two day period, the price of BCH increased by around 95%. BCH subsequently dropped and rebounded but was unable to recover its Apr 3 highs. On the contrary, BTC, ETH, and EOS reached higher highs later in the month.

XRP, however, rose the least and, like BCH, reached its highest point on Apr 3.

Another commonality shared by these five coins is that they each experienced a significant drop on Apr 11. The magnitude of the drop was the greatest for BCH. Nonetheless, BCH maintained its lead over the other four currencies. 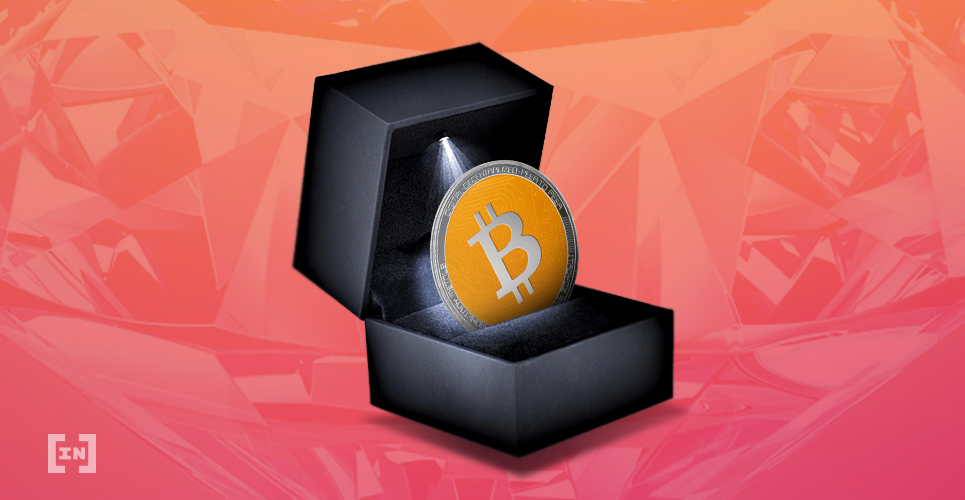 The movements of ETH and BTC mirrored each other during the majority of this period; however, ETH consistently increased at a slower rate than BTC.

EOS, on the other hand, consistently increased at a higher rate than ETH during the entire period and BTC for the majority. However, on Apr 21, the rate of increase for Bitcoin surpassed that of EOS.

Similar to the first upward move, XRP increased at the slowest rate by a significant margin.

The price of BTC/USD is analyzed at six-hour intervals from May 7 – May 20 alongside the price of ETH (Purple), XRP (Yellow), EOS (Blue) and BCH (Green). During this period, all five cryptocurrencies have experienced significant volatility

We can describe volatility as how much the value of an asset changes over a given time. A volatility index... More, though the majority of BTC’s gains were made between May 7-16. 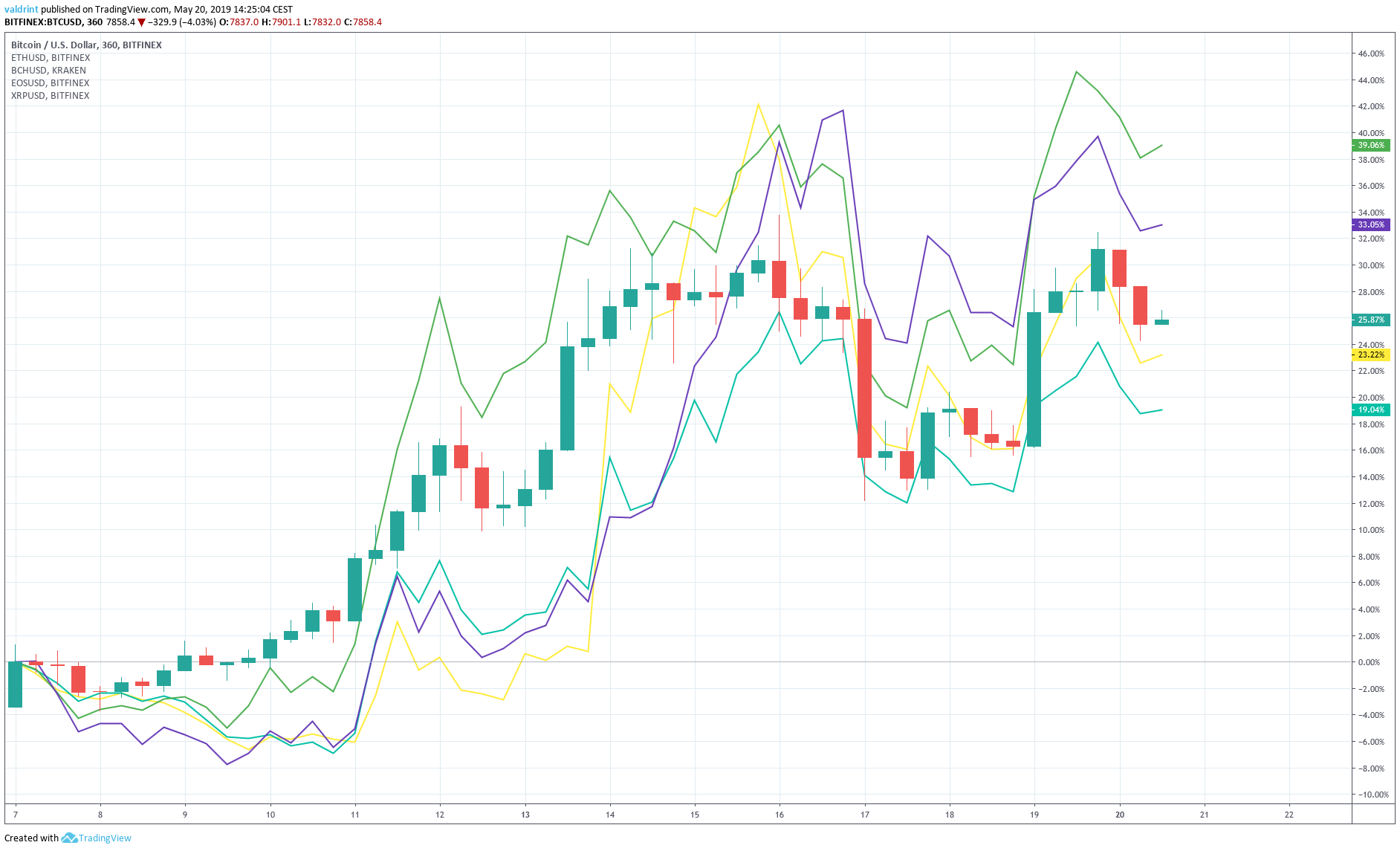 The price increased by three waves:

Price then fell and recovered. By May 20, BTC was trading around the same levels as on May 16. 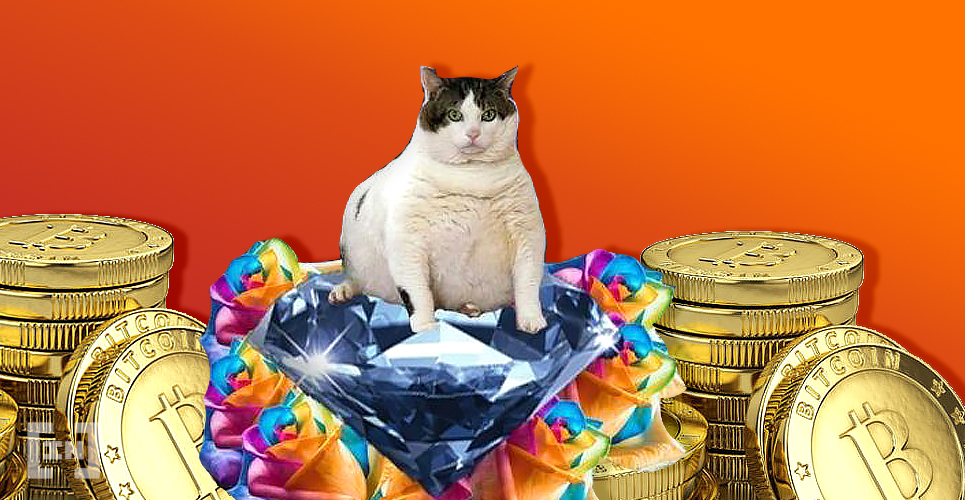 BCH similarly spiked on May 7, BCH immediately went on a tear. It followed a similar pattern to that of BTC with a higher rate of increase.

ETH initially lagged behind but picked up the pace on May 16 when it briefly had the highest rate of increase. Its May 20 rebound appeared stronger than BTC’s but weaker than that of BCH.

In contrast to the other two spikes, XRP performed very well initially. Though it was increasing at a slower rate than BTC during the beginning of the period, this change on May 15. Until May 16, XRP incrased at a higher rate than BTC but then dropped back below.

EOS consistently increased at a slower rate than BTC and finished in last place.

Based on our analysis, four observations stand out as perhaps the most important and noticeable:

Furthermore, most of the coins have mirrored the price of Bitcoin. However, the increases have been significantly larger in several coins while the decreases have been consistently sharper. This has been especially evident in EOS and ETH in the Feb 8 spike and BCH in the Apr 2 one.

BCH boasted the best performance. It had the highest rate of increase on two occasions and never ranked less than third. 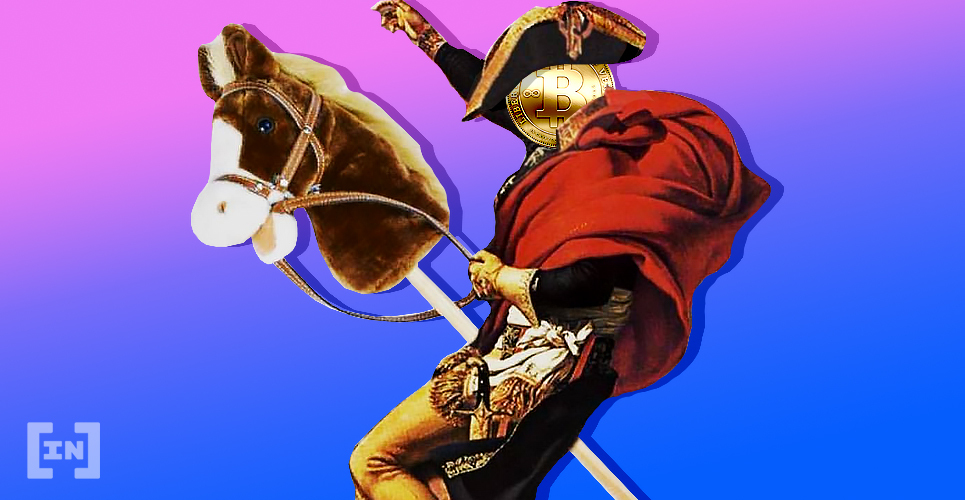 On the contrary, XRP was the weakest performing. It finished in last place twice and never broke past fourth.

BTC, EOS, and ETH were usually had similar rates of increase and ranked in the middle. However, EOS usually enjoyed slightly higher gains than ETH, even though they followed similar patterns.

Do you think that BCH is going to continue performing better than BTC during the next surge? Let us know your thoughts in the comments below!

Internet Data Is Disappearing — Can Blockchain Technology Save It?