The majority of Bitcoin’s gains occur only several days a year. In order not to miss out on these gains, HODLing is allegedly the most profitable trading strategy.

Since 2013, the majority of Bitcoin’s annual performance occurs during 10 days of the year. If we begin in 2013 and remove the most profitable 10 days for each year, Bitcoin would be down by 25 percent. Therefore, in order not to miss out on them, Binance research suggests that HODLing is actually more profitable than trading.

However, this does not mean that profitable trading opportunities will not arise. Cryptocurrency analyst and trader @themooncarl stated that Bitcoin may be at a suitable place to initiate a long due to its bullish trading pattern.

Additionally, he suggested that waiting for a breakout and buying afterward would be the safest play.

Let’s analyze this movement and see if a breakout is indeed likely.

Bitcoin is in a falling wedge which has a 70% chance to break up!

Bitcoin in a Descending Wedge

The Bitcoin price has been trading inside a descending wedge since making a rapid upward move on October 25.

Besides the fact that the Bitcoin price is at a very significant support level, there is strong bullish divergence developing in both the RSI and the MACD. Therefore, a breakout seems likely. 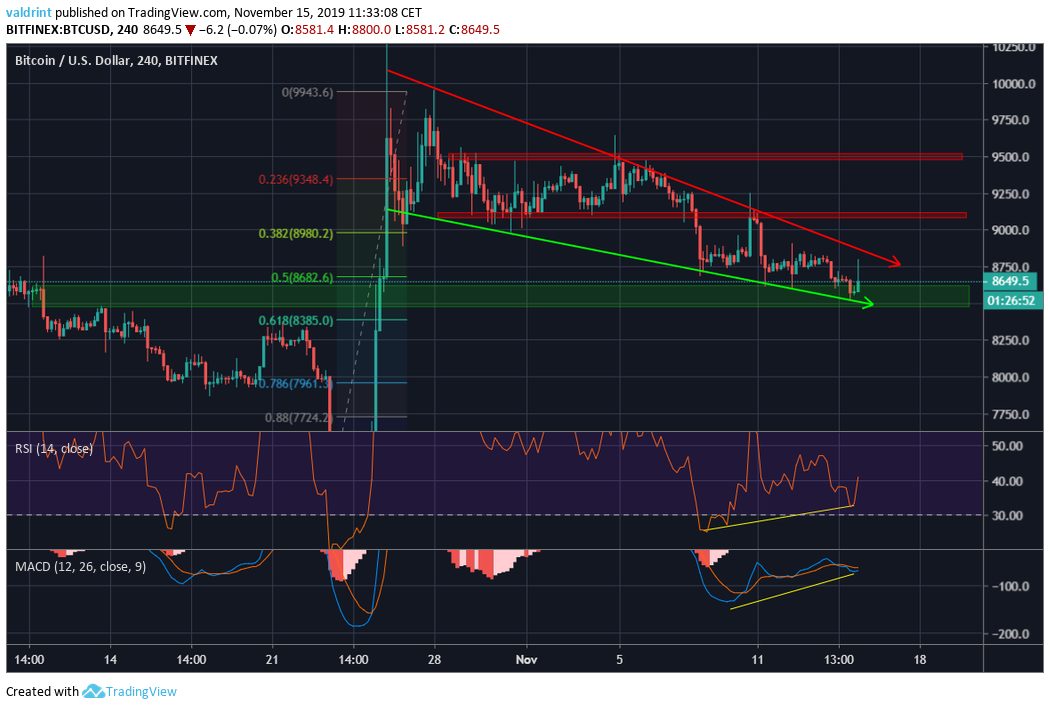 As stated in the tweet, one way to trade this movement would be to wait for a breakout and buy on the retracement. A retracement is a very common movement after a breakout.

However, there are several reasons why we do not believe this is necessarily the best way to trade this. 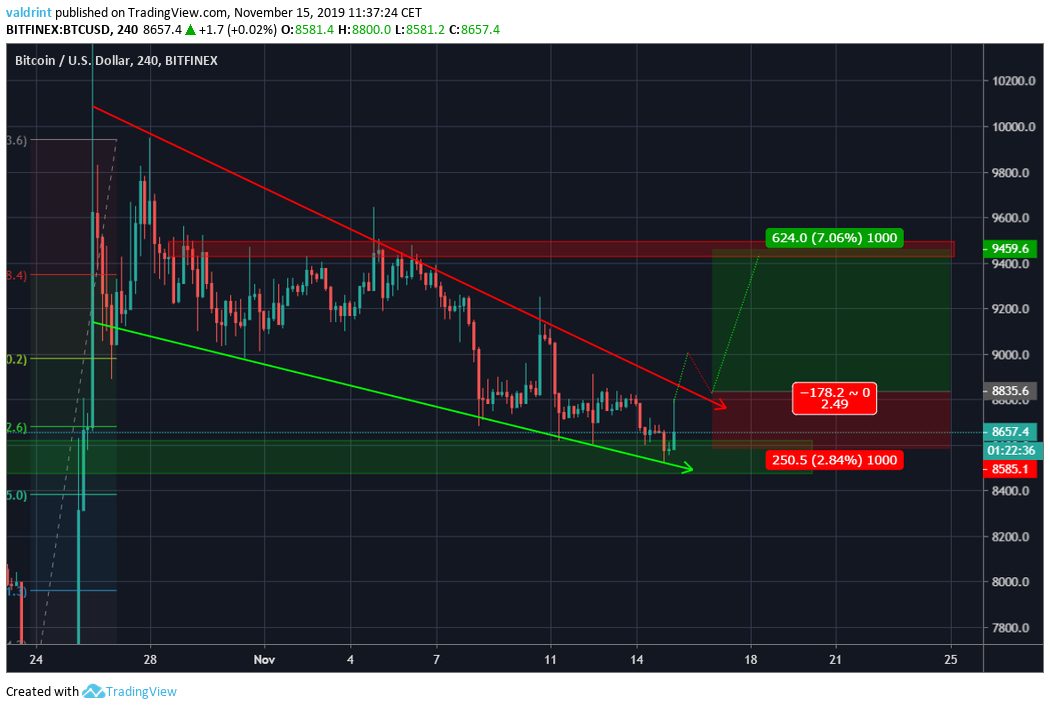 Perhaps the more optimal way to trade this would be to enter the trade while the Bitcoin price is still inside the support area of the wedge — therefore, not waiting for the breakout to occur.

This would allow for a placement of a stop loss below $8400, which is a significant support level and below the support line. Also, keeping the same target, it would give us a 4:1 R:R ratio — a much better rate. 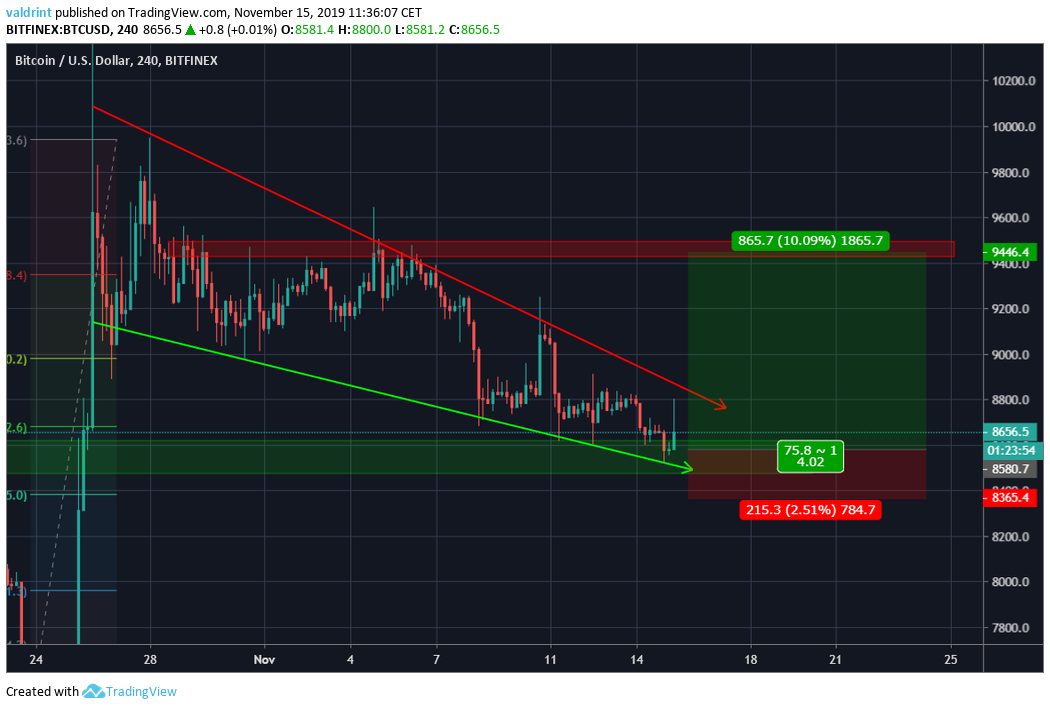 Maker Makes a Mess of DAI With New Naming Convention