BUY NOW market analyst has compared the price of the leading digital asset currently bouncing above and below the psychologically-important $10,000 point to the beginnings of the move that took the BTC price towards $20,000 at the the end of 2017.

Twitter user PlanB speculates that we may be on the brink of a similar parabolic move.

Despite a couple of sizeable breaks above $10,000, Bitcoin (BTC) appears to be having difficulty maintaining a five-figure price. The price of the number one cryptocurrency has been dropping hard over the last few days. From the $11,000-$11,500 price range, it has spent the last two days falling to a recent low of around $9,680.

On a day that the price action of Bitcoin has most traders calling for moves lower, Twitter-based cryptocurrency market analyst PlanB is one of few arguing that new highs might still be incoming in the short- to mid-term.

In the above Tweet, PlanB makes a case for a new parabolic uptrend based on the previous bout of unrestrained mania seen in the Bitcoin market. To him, the current flirtation with the $10,000 price point is reminiscent of the struggle to stay above $1,000 back in early 2017.

After spending much of 2016 trading sideways, the end of the year saw the price steadily increase — initially soaring above the then-important $1,000 point.

Much like the initial 2019 break above $10,000, the Bitcoin price first exploded past the area many saw as a major resistance point. However, it soon dropped again and began an almost-three-month battle to stay in four digits. 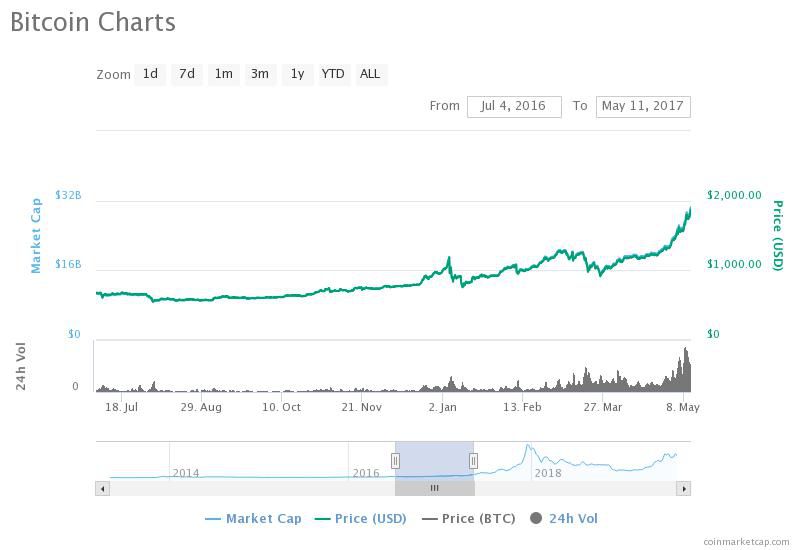 After that initial burst that saw prices rise to take out the previous all-time high, a sharp correction found a local low of $770. There are obvious similarities between the move in 2016/17 and that of this June that took us above $10,000 again.

The clearest of these is ferocity with which the Bitcoin price broke the apparent point of psychological resistance initially and how hard it sold off following the breakout. 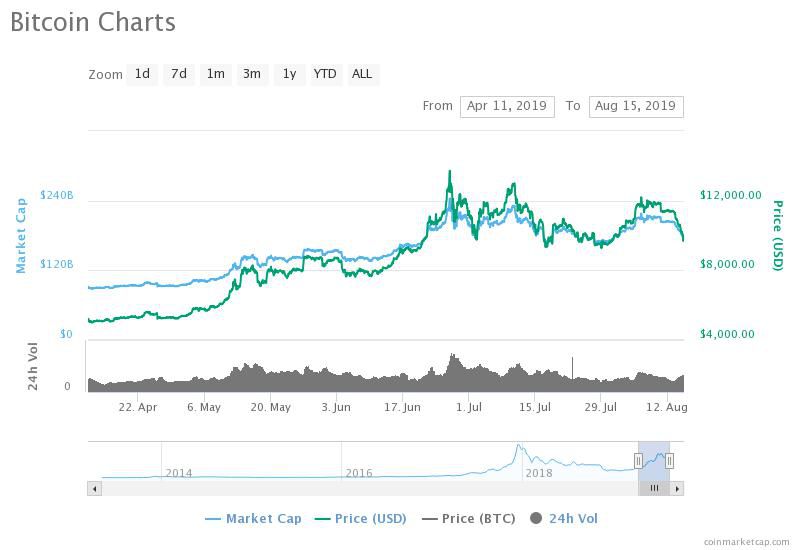 PlanB speculates that we are currently in another battle that may well preface a similar parabolic move to that seen in 2017. After a final visit to below $1,000 in late-March, the Bitcoin price’s generally upwards trajectory continued until the end of the year. From the ultimate bottom, following the bursting of the 2014 speculative bubble, at around $200 in August 2015, the price would eventually peak (some 28 months later) just shy of $20,000.

From its battle with $1,000, this represents a 20x increase in price. PlanB’s comment of “we all know what comes next,” accompanied by a space rocket emoji, seems to suggest the analyst is expecting a similar speculative mania to grip the market in the coming weeks or months.

What do you think about PlanB’s observations? Do you think Bitcoin is on the cusp of another face-melting bull run? Let us know in the comments!

If you would like to trade Bitcoin with a multiplier of up to 100x, follow this link to do so immediately on StormGain!

90 Percent of Cryptocurrency Firms May Be Bankrupt in Six Months: Swiss Blockchain Federation
#Companies News 4 weeks ago
Up Next
Chinese Investors are Turning to Bitcoin as Renminbi Braces for Further Devaluation
News 10 months ago
Related News